A History of Exhibitions in its Becoming

Not only is Mostre in Mostra (Exhibiting Exhibitions), Palazzo delle Esposizioni, a captivating title, but also, on a closer look, a space for reflection aimed at assessing a phenomenon that, for the last decade or so, has opened up a debate on the historicising of the contemporary – The role of exhibitions in contemporary criticism, for example, was the first study day organised in Italy by Stefania Zuliani at the Menna Foundation in Salerno (18 December 2010). The current exhibition also advances the possible introduction of a new discipline, the history of exhibitions (art is a histoire d’expositions, Jérôme Glicenstein suggested in his recent work of 2009), which takes a simultaneous look at the successful art scene of criticism and art history, as I highlighted in a 2013 pamphlet Esposizione dell’esposizione (Exhibition of the exhibition). 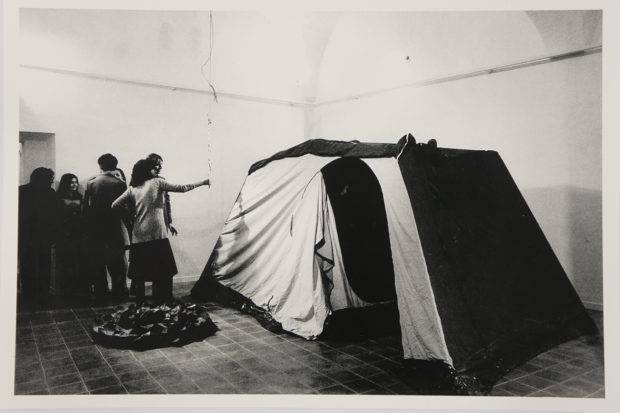 To sum up – only due to a lack of space because it would be necessary to open up an art dossier and ascertain that this shift emerges as an artistic practice (it has, in fact, been largely used by artists such as Elaine Sturtevant or the duo Eva and Franco Mattes) – this brilliant wide-ranging show curated by Daniela Lancioni around the so-called “rotonda” (lit. circle) aims at reconstructing six exhibitions organised in Rome over the course of half a century, from the 1950s to the 2000s: Titina Maselli (La Tartaruga Gallery, 1955), Giulio Paolini (La Salita Gallery, 1964), Luciano Fabro’s work on display at the 7th Paris Biennale and later at the exhibition Informazioni sulla presenza Italiana (Information on the Italian Presence, Incontri Internazionali d’Arte, 1971), Carlo Maria Mariani. La costellazione del Leone (Carlo Maria Mariani. The Leo Constellation, Gian Enzo Sperone Gallery, 1981), Jan Vercruysse. Tombeaux (Pieroni Gallery, 1990) and Myriam Laplante. Elisir (Foundation Volume! and The Gallery Apart, 2004). 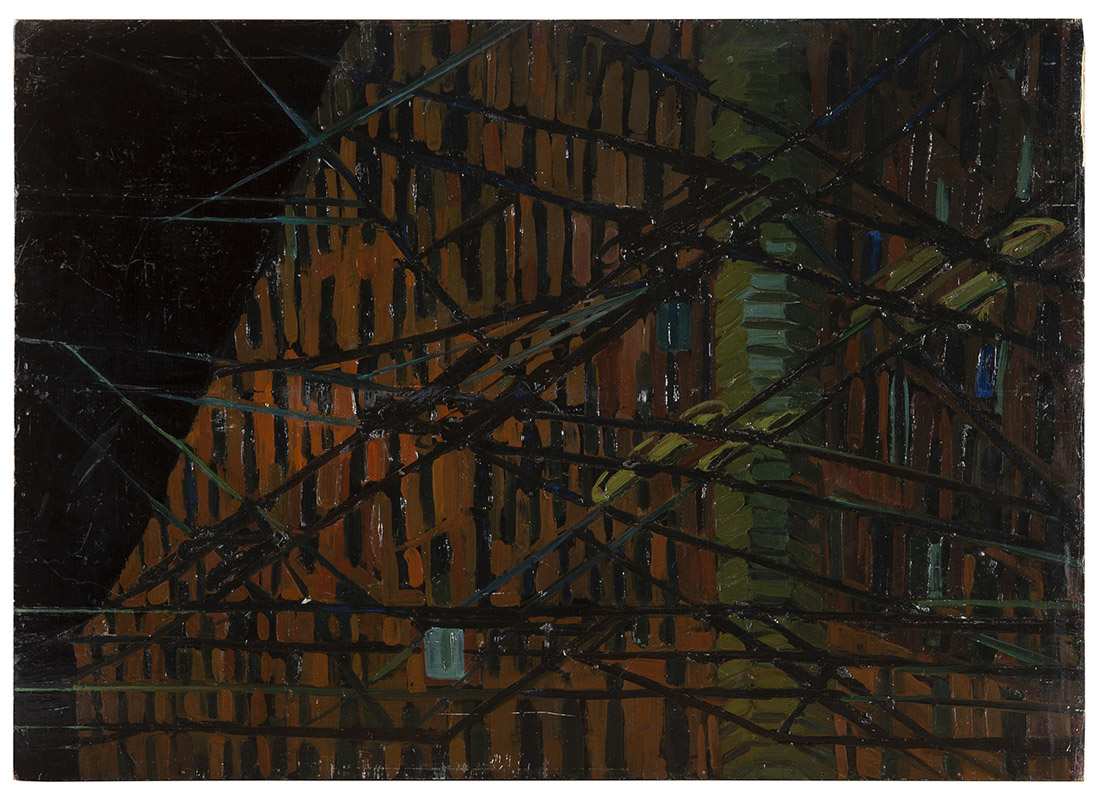 The excellent exhibitions on display, which are unfortunately short-lived (although this should be a source of hope as exhibitions exploring the historicisation of exhibitions should be organised like this), is the first event of an itinerary dedicated to Contemporary Rome, from the 1950s to the 2000s, which is also connected to another exhibition, no less important, providing almost a focus point on the topic: a homage to the photographer Sergio Pucci where we find artists, texts, testimonies of artists’ studies, paints from the time, art journalists and interested parties. 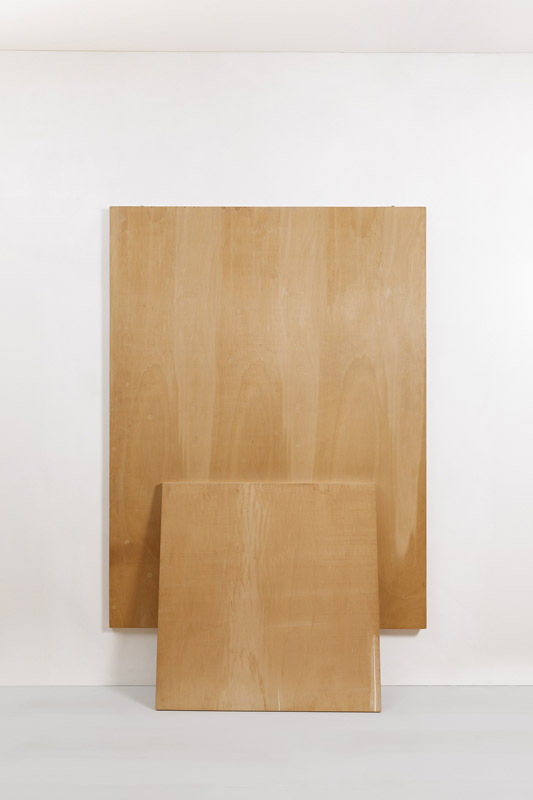 The philological attention demonstrated by Daniela Lancioni in organising the first stage of Mostre in mostra is outstanding. And maybe today, more than ever, there is a need for these exhibitions, which extend the various functions of the exhibition itself: to the present and to visitors, to the locations and to the opportunities provided by the time to think and develop a history of art through the space that hosts it – always a privileged vehicle and tool for communication and connectivity.