Anomalies. Chronicle of a Study Between Art and History 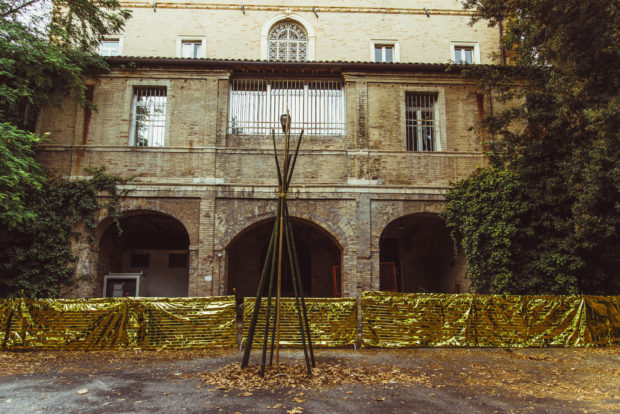 Anomalies is a polyhedric project curated by Giulia Pettinari and Michele Gentili, divided in two separate but interconnected itineraries. The former psychiatric hospital of Macerata is both object and subject of this artistic quest. This is a place immersed in history and in stories, such as those that some patients, through manual labour, have moulded not only into artwork, but also into a new identity. This is at the centre of ‘Riscoperti’ (Rediscovered), the first suggested itinerary: an illuminated endeavour to give voice to those who are sectioned, focusing on their unheard stories and their forgotten production.

On_the_Spot runs parallel to this itinerary. This is a journey of discovery through ten site-specific installations situated in the park surrounding the pavilions, which are currently out of use as a result of recent earthquakes. Laura Bisotti, CH RO MO, Alisia Cruciani, Elena Hamersky, Rada Kozelj, Elisa Muliere, Flavio Pacino, Alessio Santoni, Valeria Talamonti and Chiara Valentini are the young artists who have taken part in the event, rethinking concepts of boundary, indifference and abandonment. 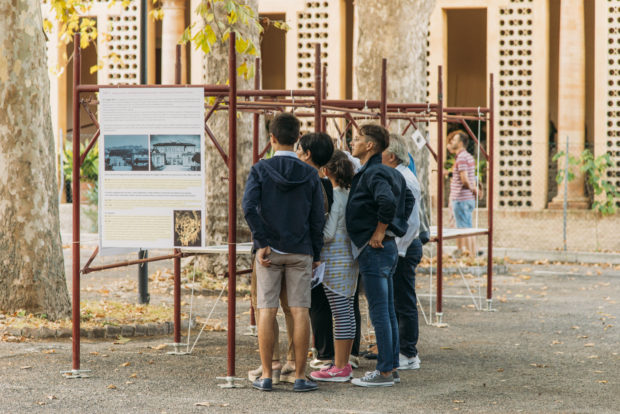 They do this by appraising cultural references, different languages and technologies: from the free reinterpretation of the Japanese kintsugi, which becomes a golden metal blanket protecting the no access areas, to the dysfunctioning of a machine transmitting adverts, now called to broadcast classical music in the building and neighbourhood; from participatory artworks that require the overcoming of a physical boundary to the sound system positioned inside an inaccessible space. These are technologically-oriented works which share the space with pictorial and sculptural installations. Some are textile works, unconventional materials brought to life by unexpected games of light or where layers of light white textile emerge from heavy metal cages; others are made out of wood, fruit and flowers, which have been collected and modified by the artist before being returned to nature. 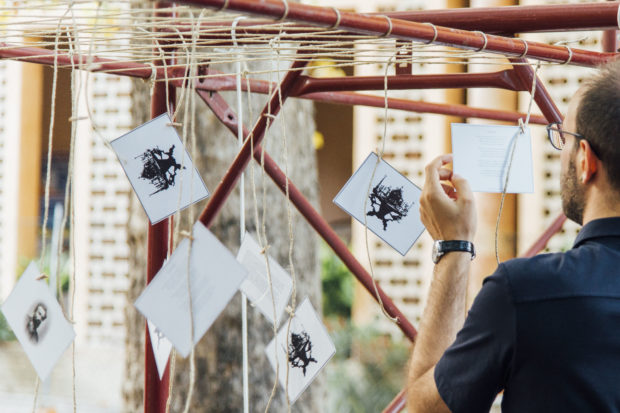 The curator explains that all the works are placed «in highly significant areas» to guide visitors through a reflection on the past, present and future of the space, highlighting the possibility of new functions through art and culture.