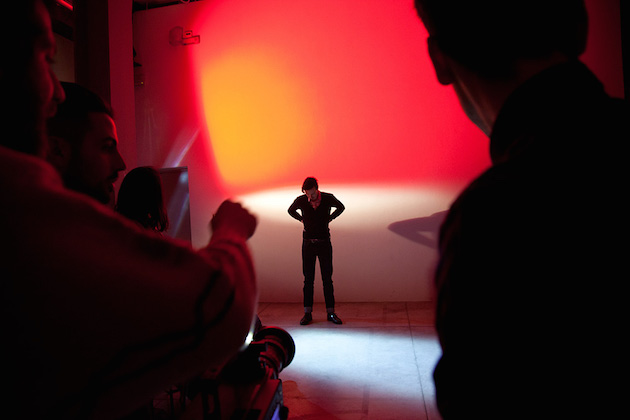 ArteVisione was set up to support the Italian art scene, enhance creativity and offer up-and-coming under-30-year-old Italian (or resident in Italy) artists with opportunities for personal and professional growth. It offers a prize for producing a video project, a four-month residency at Careof and a workshop with professionals in the audio-visual industry and an international Visiting Professor.As well as being broadcast on Sky Arte HD (Sky channels 120 and 400), the final video production will be shown for the first time at the Museo del Novecento in Milan, the project’s institutional partner, and then presented at selected prestigious Italian museums: MADRE – Museo di Arte Contemporanea Donnaregina in Naples, Mart – Museo di Arte Moderna e Contemporanea of Trento and Rovereto, MAXXI – Museo Nazionale delle Arti del XXI secolo in Rome and Villa Croce Museo di Arte Contemporanea in Genoa.

The 2017 edition invites entrants to consider the subject of “Memory & Identity.” Collective memory determines and constructs our cultural identity, simultaneously undergoing a constant process of rereading filtered through pressing present-day issues. Once recoded, it triggers off a process of constantly reinterpreting both itself and an increasingly fragmented type of constantly evolving reality.

All those interested can enter the competition by sending in their own project by midnight on November 20, 2016 through the websites of Careof and Sky Academy.

The ten chosen finalists will get the chance to take part in ArteVisione LAB, a workshop being held in Milan from January 16 through 24, 2017 where they will be invited to discuss, further analyse and redefine their projects by interacting with experts like Edoardo Bolli, director of photography, Davide Ferazza, producer, Maurizio Grillo, editor, and Mirco Menacci, sound designer. In addition to matters like budget-setting and distribution, Alessandra Donati, who teaches Comparative Contract Law, and Iolanda Ratti, curator of the Museo del Novecento, will introduce legal and contractual aspects related to production, sales and the conservation of video works.

At the end of the workshop the winning entrant will be chosen by a panel of experts.

Those taking part will also get the chance to exchange views with a highly prestigious Visiting Professor: the internationally famous artist Omer Fast (Jerusalem, 1972).

Starting in October, the project and new tender will be presented through a roadshow, which will set off from leading institutes in Milan—Accademia di Brera, NABA – Nuova Accademia di Belle Arti, and Scuola Civica di Cinema “Luchino Visconti”—and then move on to the most important Fine Arts Academies in Italy according to the following schedule:

ArteVisione is a Sky Academy project, a series of enterprises drawing on the communicative power of TV and its contents to encourage the younger generations to express their creativity and showcase innovation and talent.