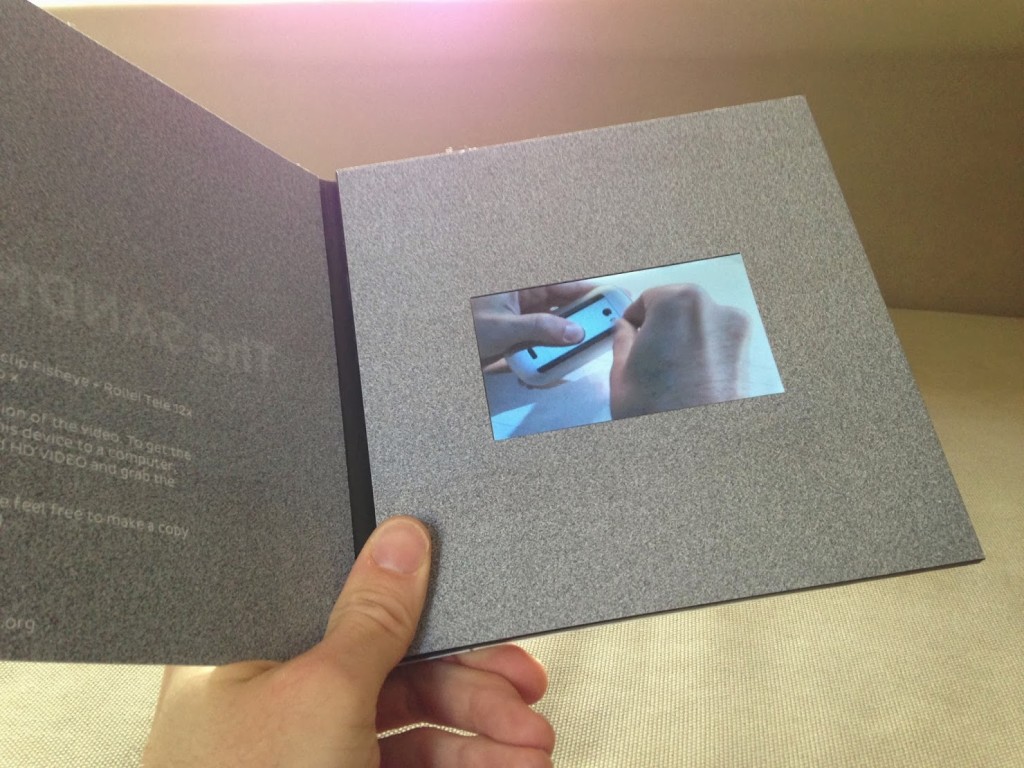 Carlo Zanni has always been committed to depicting electronic landscapes. The way they are delineated from data and the way they relate to people and their identities, which are also fluid and changeable. Painting, net art, photography, video and video games are some of the many instruments that come into play to corroborate a study aimed at experimenting techniques, technologies and support. As long as each of these reveals a landscape from a different viewpoint. Painting, for example, has captured fragments of the iconic idiom of the electronic universe – like a desktop icon or software logos. In the case of the internet, however, it captured those elusive and changeable aspects that give «shape» and «substance» to liquid worlds. Zanni has recently launched his new video Sandman (2013) at the Young Projects Gallery in Los Angeles where they are still on sale in a multiple version whose evolution into an object has brought an authentic method of usage into being, quite intimate compared to the traditional video projection.

In the interview that follows Carlo Zanni introduces his new video work, reveals some prominent aspects regarding his multifaceted research and important affirmations linking the digital world with art systems and the market. The discussion goes on to explore the purchase and conservation of ephemeral works, an argument on which Carlo Zanni raised discussion much ahead of times, when digital art was at its first steps into the art system.

You have always cultivated your interest for digital media without ever neglecting painting and experimentation with different material and support. How do these two worlds revolve around your current work?

You’re right when you call them revolving worlds; but they revolve in irregular periods. I don’t pay all that much attention to it. I let them explore each other – sooner or later they come back because they are an irreparable part of my genetic code. Art is already out of the question at this point. It’s more about sensitivity and manners.

My artistic quest is becoming increasingly more refined and imperceptible as an object from an economic and expository viewpoint yet, paradoxically, it is increasingly more pervasive and ubiquitous at the same time. It hurls itself against the dictatorship of the object, the status symbol, context and extroverts while proposing other alternatives.

Has your approach to video changed since you initiated what you have defined as «DATA Cinema»? And if so, how has it changed?

Unfortunately, taking on a DATA Cinema project, a video that is practically being re-edited all the time thanks to a server that transforms portions of it, is extremely costly. There are many more possibilities now than there were in 2005-2006 when I created The Possible Ties Between Illness and Success. Costs are prohibitory when considered in terms of self-production. This is a personal limitation, but ideally there have been many interesting developments and not only in the classic field of art. I am referring to examples such as Chromo Experiments.

Can you tell us how your latest video, The Sandman, came into being?

We were expecting the birth of my son Aligi and I was wondering how I could get him to understand what I had done until that moment and what I was doing at the time. The result was a kind of paradigm of the digital artist and more. I think that many people can identify with that. I shot it with my iPhone that has a low-light sensor which yields a very grainy image that can be stylistically linked to the title as well as to the dust and dirt that accumulates under the mouse.

The case that you have designed to contain the video seems to be a single entity with the video itself. Could we call the combination of the two and «artist book»?

Yes, in a way, but it goes beyond that. It’s like a novel that doesn’t bother with the problem of a limited number of copies. To the contrary, it hopes to sell thousands of copies (and it doesn’t matter where they are purchased). It’s like a novel that you read and then leave on a table or shelf to pick up later. The time lapse between the idea of watching a video and actually seeing it is cancelled, like with a physical object. Above all, it affects the concept of space because it favours a very free usage that you can’t have with a projection or a monitor. 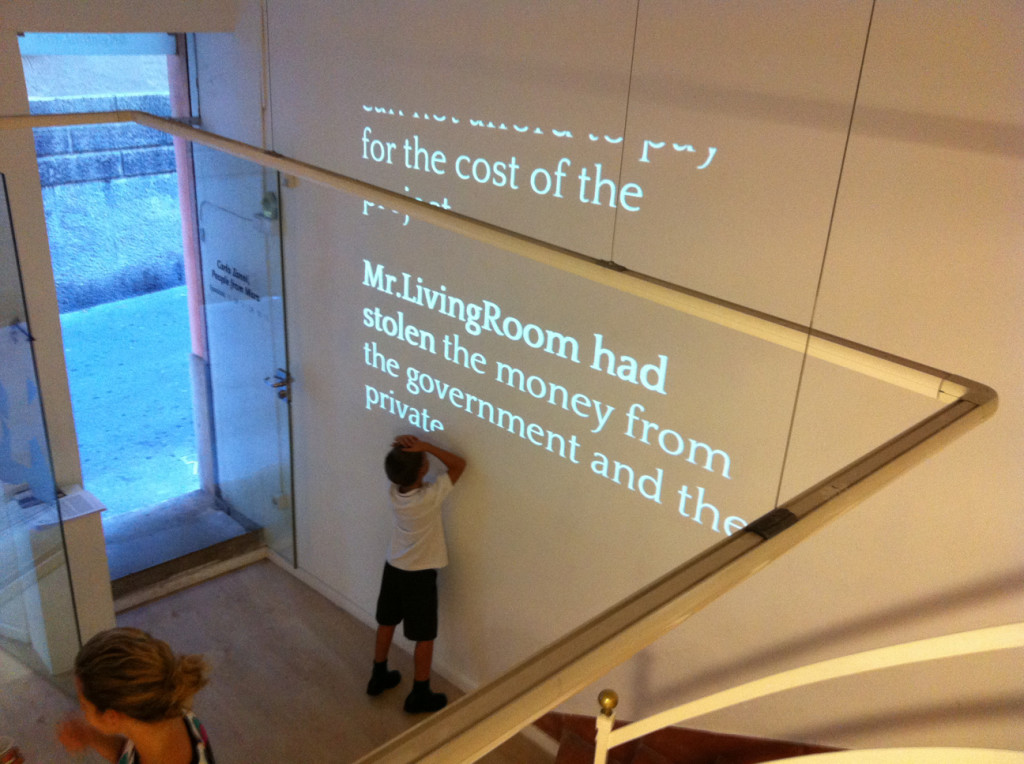 Which formula did you choose to present it with at the Los Angeles Young Projects Gallery?

Paul Young’ gallery is a very special case. Its founder is an expert in cinema and video art, a man who is a director and writer; a journalist who has written thousands of articles about moving images as well as a creator of Art Cinema. It is no coincidence that he treats these new art forms with a very fluid and open approach at his gallery.

No particular presentation. The video is just the way you see it and inside there is also a HD version that can be extracted and projected. It wasn’t an exhibit, per se, but an event where works and prints are on sale at a good bargain. It’s still open. This is the most interesting route a gallery can take these days. Especially if you need to get a better understanding of video and new media and want to learn about what’s going on out there. Gallery-museums with their court of miracles are like Italian political parties. Flaccid corpses. Botox-filled zombies. They clone one another to stay alive – they’re all alike. All you have to do is go to an art fair and you’ll know what I’m talking about. These new works offer a great opportunity to everybody: dealers, curators, artists and the public. You do, however, have to make an effort and try to get out of the box – out of the usual approved and shared models.

What is your concept of an artist book and how is it related to your digital work? In this case, I am also making a reference to you earlier work My Country is a Living Room.

In detail, my country is a living room is a generative poem that can be seen in Pay-per-View or in a different format such as an on demand publication that contains Google Translate automatic translations of the first generated poem. It was not conceived as an artist book but I tried to put models to use that could best serve this type of project. 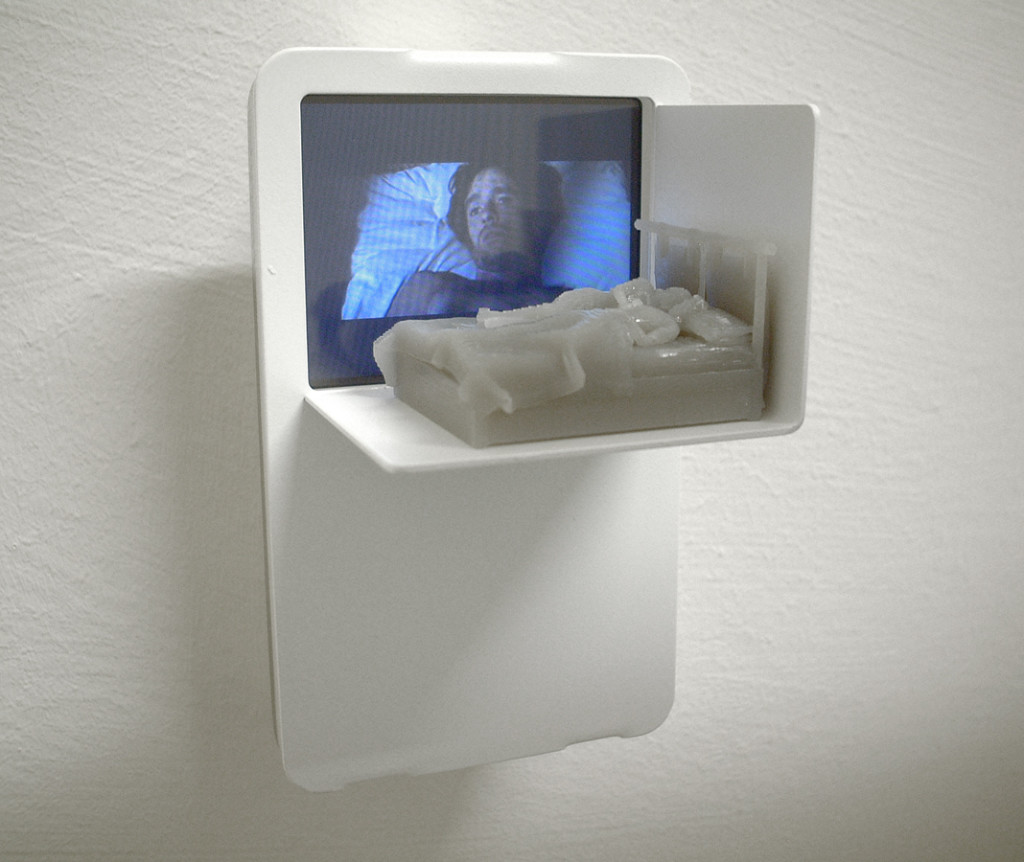 Many of your earlier works like the Altar Boys series have aroused rather heated debates about acquiring and preserving digital art. In your opinion, how has the market changed?

It’s hard to say, but I don’t think there is a real market for this kind of work. Not yet. This is the case for videos as well – there are no big numbers yet but I think it’s more a question of culture than of funds. From my point of view, the way video art is being handled has not facilitated sales.

A calibrated method of selling these works in the medium in which they are based has not yet been adopted. A sales method of low calibre fusion is found all across the boards. In my opinion, media-based works should be replicated in order to exist and moreover, they need a device to be displayed. They ought to be sold like books or music.

Unfortunately, art survives on misinterpretation; the intrinsic value and price of a simulacrum, its uniqueness and all the great things about a material object..but when it comes to bits and numerical sequences, everything takes on grotesque connotations. We breathe air, but we don’t grab onto it to bring it to our nose and mouth. Of course we could, but then your hands would be too busy to carry your bags of shopping or to scratch your feet.

How do you encourage a collector interested in purchasing one of your works? More particularly, when a portion of the work is also data extracted from the net in real time?