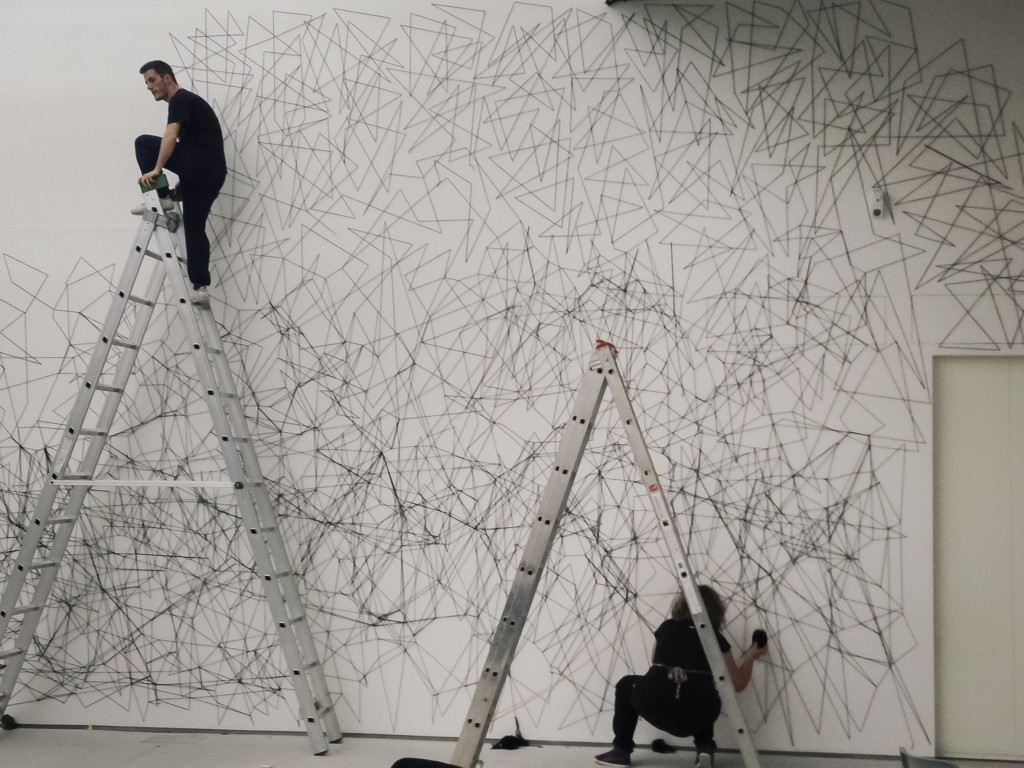 The more we talk about the virtual dimension the more we associate it with «another» space that our computers take us to once we have crossed through their screens. The virtual world, however, is an imaginative dimension and the electronic jargon is capable of stimulating visualization and making it real through the generation of images that reflect the real world. The virtual dimension is also a mental one and at times it can be triggered by an analogical operation which is totally physical. In this case we are referring to the performative installations and set designs by the young Chiharu Shiota. This Japanese artist has recently concluded her latest work, A Long Day, created specifically for the exhibition space at Tenuta dello Scompiglio supported the homonymous Cultural Association,  and curated by Franziska Nori. 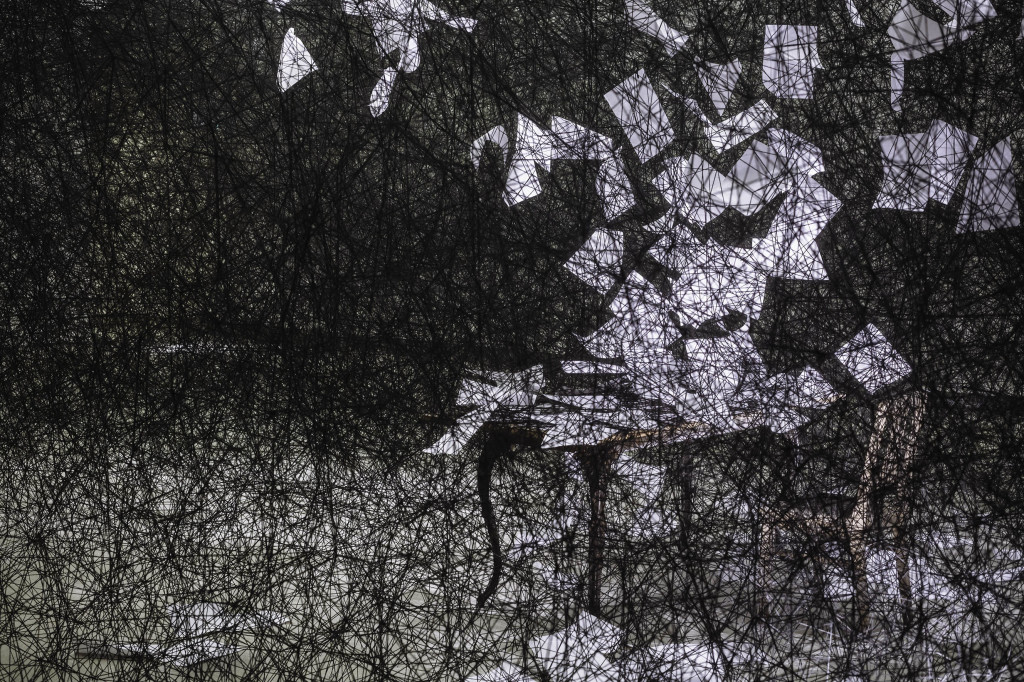 Black woollen threads are woven into braids to create a hand-crafted detailed and delicate work to the point that space becomes impenetrable. Virtual space, three-dimensional design. This is the canvas and the setting which hangs from above and leads us towards the virtual dimension. We can get a glimpse of a table and a chair among the densely woven threads. White sheets are suspended in mid-air, captured in the woollen nets, «frozen in time» – as the press release points out. The objects «evaporate» from physical space to become mental and have a completely symbolic function. The combination of her flair for performance, a sign of the Marina Abramovich School, and a deep-seated interest for calligraphy (a tradition very dear to Japanese tradition) makes it possible for Chiharu Shiota to reach a mental dimension. We are immersed in something very specific, a situation, a space, a thought. We carry out a cathartic act – even ascetic, if we take it from the viewpoint of the Abramovich method – and we go beyond so we can visualize things having to do with the human dimension in their entirety. In order for all of this to happen, the Body needs to be involved: the body of the artist as she weaves her work and the body of the spectator who is immersed in this suspended dimension to live a completely emotional experience.

Chiharu Shiota was born 1972 in Osaka, Japan. After graduating at Kyoto Seika University and an exchange year at Canberra School of Art, Australian National University, Australia, by the mid-1990s she had moved to Germany, initially studying at the Hochschule für Bildende Künste in Braunschweig and then at the Universität der Künste in Berlin. These experiences undoubtedly reinforced her concerns with the importance of duration in performance as well as with the intense power of the body – even when its presence is suggested rather than present. Shiota’s oeuvre contains various art performances and installations, in which she uses different everyday objects such as beds, windows, dresses, shoes and suitcases. She explores the relationships between past and present, living and dying, and memories of people implanted into objects. To these she adds intricate, web-like threads of black and red. Today Shiota´s installations, sculptures and paintings were presented worldwide in different Museums and Institutions of international meaning such as the Rochester Art Center (USA),  Museum of Old and New Art, Hobart, Tasmania (Australia), Museum of Art (Kochi, Japan), Marugame Genichiro-Inokuma Museum of Contemporary Art (Kagawa, Japan), Casa Asia ( Barcelona, Spain), La Maison Rouge (Paris), Museum on the Seam (Jerusalem ). Chiharu Shiota lives and works in Berlin since 1996.