Christian Niccoli was born in Bolzano in 1976. He currently lives and works in Berlin. His professional development took place at the Academies in Florence, Milan and Vienna. He also took part in the Superior Course of Visual Art organized by the Fondazione Antonio Ratti in Como. He participated in Unidee in residence in Cittadellarte – Fondazione Pistoletto in Biella and in the International Studio Program at the Künstlerhaus Bethanien in Berlin.

His artistic research began from his desire to chiefly express an emotional condition, that is both personal and global; and video represented the best support to convey the complexity of his thoughts to this end. He stated: «I am interested in exploring human beings and their needs. My work has become increasingly accurate and technically sophisticated but, overall, I engage in self-analysis and in exploring the environment that surrounds me». He borrows several research methods from social sciences and he studies the behavior and common practices of the community he relates with just like an anthropologist would. His research then comes together in complex – often multiple and simultaneous – video installations that describe behavior and relational models within social systems including couples or families. His work has been on display at several national and international exhibitions, institutions and museums including the 8th Baltic Contemporary Art Biennial in Szczecin, the Kunsthaus Graz, Transmediale and Berlinische Galerie – Landesmuseum für Moderne Kunst, Fotografie und Architektur in Berlin, Harald Falckenberg Collection in Hamburg, the Museum of Modern and Contemporary Art in Rijeka, the Kunstverein Göttingen, Galerie im Taxispalais in Innsbruck, La Châtaigneraie – Centre wallon d’art contemporain, Flémalle, and Museion – Museum of Modern and Contemporary Art in Bolzano. He was awarded the Österreichische Grafikwettbewerb and was in the shortlist for Lo Schermo dell’Arte Awards 2011.

Ohne Titel, one of the winning works of the Terna Prize 04 (Megawatt Category), is a 45-second looping video in which five people balancing on a minimal structure consisting of a plank and a supporting cylinder, use the correct amount of weight in order to maintain overall stability. The work represents collective responsibility – a metaphor of precariousness – «the movement of each of the five characters is responsible for the overall stability of the group». 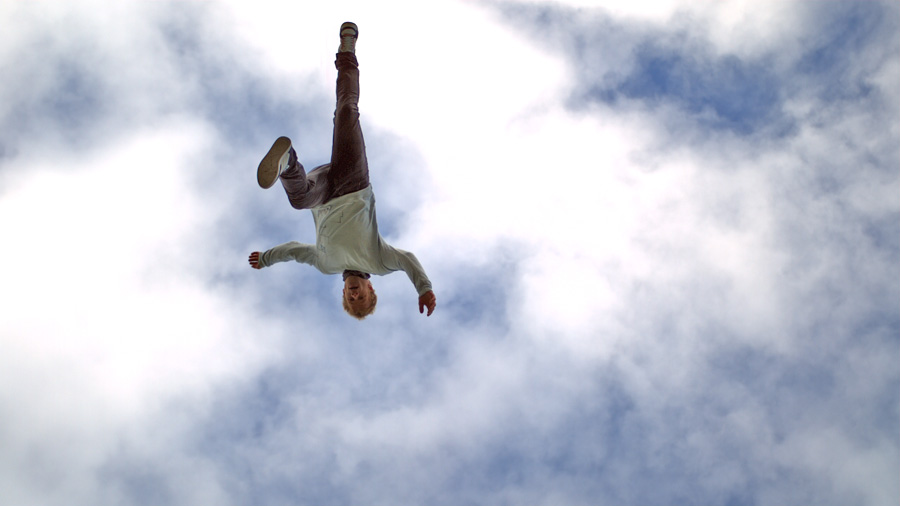 What is the artistic situation in Italy today? What role does an artist have in the current art system and in society?

Having lived in Berlin for many years and not having ever «lived» in my country of origin as an artist, I can only give my impressions «from outside». I believe that the system of art in Italy does not really pivot on Italy. Artists who travel abroad are on the increase and have to demonstrate their skills abroad, while maintaining a certain degree of contact with the system in their homeland. I am under the impression from the 60-70s onwards, a «successful» artist in Italy has always been someone sitting in lounges belonging to the elite, someone who shall always be successful as long as the system chiefly relies on private funds (and not public finance as is the case in many other European countries). I really hope this changes, but I believe that fortunately a lot more artists are currently more aware of public funding, residencies and festivals and are increasingly able to channel their work through international circuits outwith the gallery/exhibition context.

On this point I really don’t have enough information to give you an answer. I am foreign to this kind of thing.

During that period I was working on Ohne Titel, an experimental film that I later shot in Iceland in July 2013.

During an interview with Eleonora Charans (2010), you talked about your initial passion for painting and of the time when you first worked with video, i.e. when you acknowledged that this was the best expressive means to fully represent your imagination. I would like to turn the question around: in which direction and to what extent has video changed painting?

In my opinion they are two completely different means. On a visual level, cinema has inherited a lot from pictorial tradition, consider the sceneries in Sergio Leone’s films. Or, in video-art, e.g. Bill Viola basically created moving paintings. For several video artists who, like me, work with an extremely limited language and entirely rely on the power of an image, painting is always a good communication tool to refer to. The Isle of the Dead (Toteninsel) by Böcklin comes to mind, where the author is able to represent the entire atmosphere and all sensations with a picture, thus avoiding any need to tell a story.

In what way has public and private art contracting changed in Germany (where you currently live and work) and in Italy?

I have never created contracted works. I have no such experience. 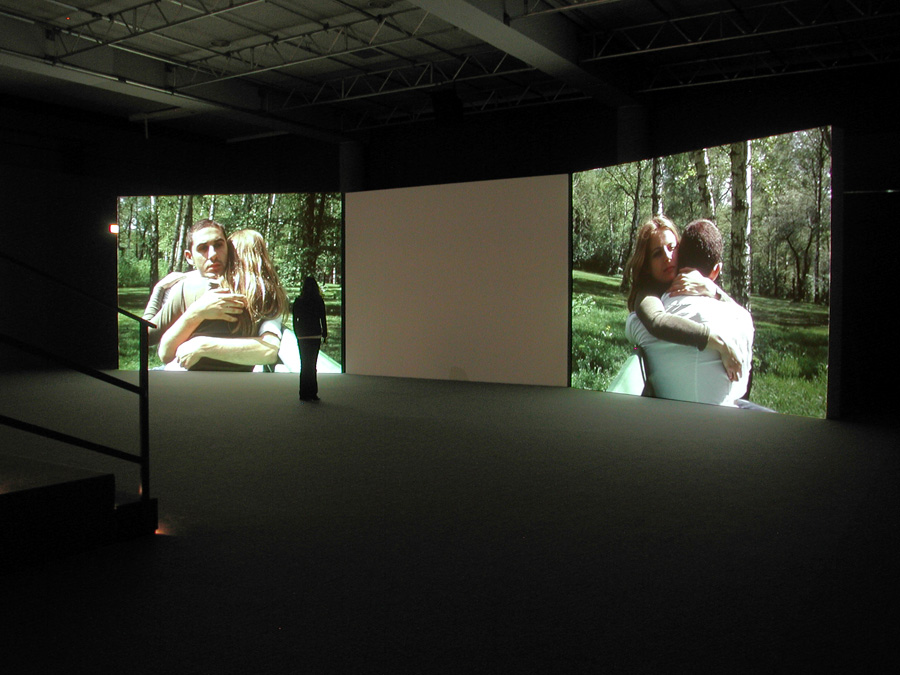 As a «privileged» inhabitant of South Tyrol I would say: public financing. Therefore funds allowing an artist to create without having to comply with the desires of private financers (galleries, collectionists). Scandinavia does an excellent job to this end. In Germany each region has its own fund allocated for artistic production.

Artists from all over the world are having difficulties in terms of production, but my impression is that in Italy the entire funding system is lagging behind to such an extent that, if you have no precious contacts you can rely on you will never have access to the limited amount of funds available (even when they only amount to €1000). No country is based on an entirely meritocratic system, but I believe that in Italy «friendship and the people you know» are way too important when compared to «esteem».

What do the Terna Prize represent, today and in the past, for an artist in the Italian and international scene?

It is a marvelous opportunity to exhibit your work and provides support for the creation of new projects. In my case, the funding I received represented the first step in my creation of Ohne Titel (2013).

I would suggest a traveling edition of the Terna Prize. 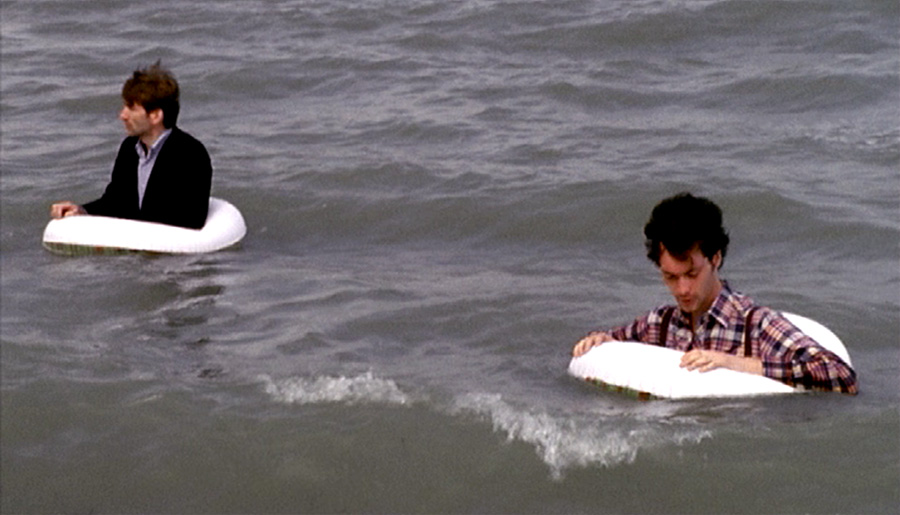 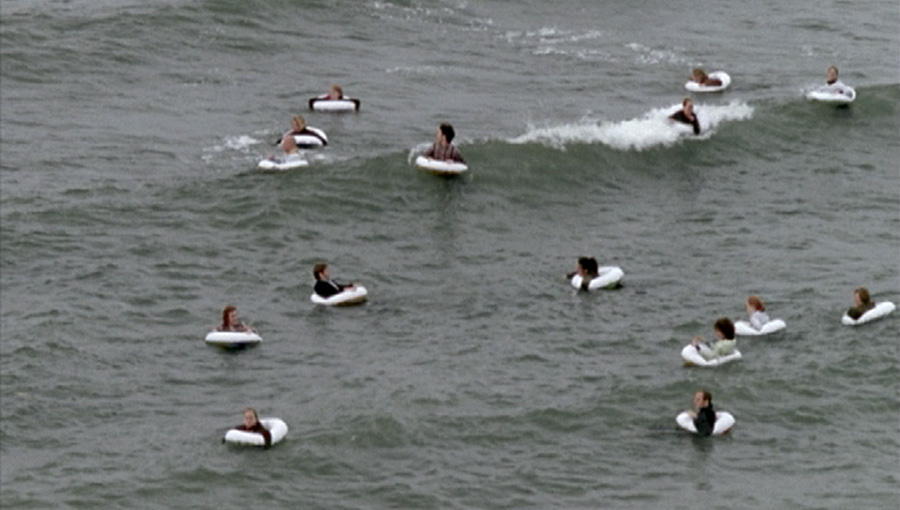