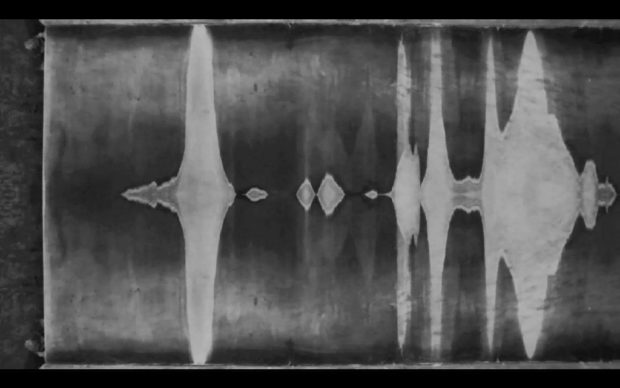 A small exhibition space in the centre of Genoa hosts Climasensibile, which brings together audiovisual installations made in recent years by the artistic duo Anto. Milotta and Zlatolin Donchev. Set up in one of the side rooms of the central Palazzo Ducale, the exhibition displays three artworks uncovering the journey undertaken by these artists and signalling a turning point in their production, a cycle that reaches its conclusion in this exhibition and opens up new, unknown possibilities.

Inside the exhibition space, visitors are immediately transported into a poetic and alienating dimension and gradually come into contact with the major issues that interest the artists, such as the dyad artifice/nature explored with the same instruments used in technological progress. 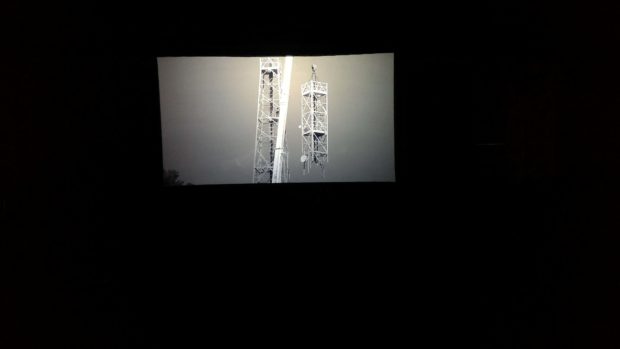 A microphone transmits, at regular intervals, a sentence taken from Theorem (a 1968 film by Pier Paolo Pasolini). This is PPP, a markedly political work completed with an engraved marble slab that aims to reflect on personal freedom. 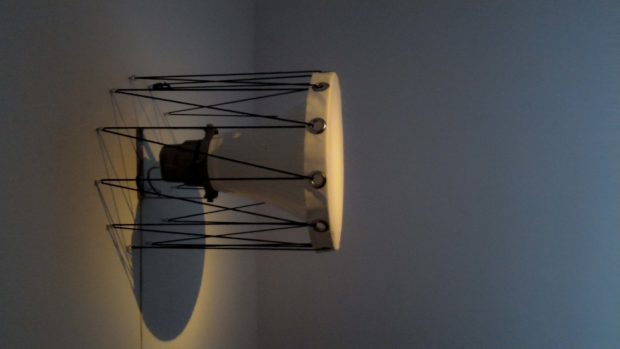 Sound waves circulate in the air and surround visitors who become an integral part of the artwork. At the same time, these sound waves overlap and merge with those transmitted by Monumentum, which tackles, through the use of modern tools, one of the subjects that have been of most interest to artists since ancient times: the reproduction of nature. This is achieved through the use of a microphone recording the sounds of the environment and recorded in turn by a camera guided by the human eye. So reality is revealed in all its layers and complexities, transporting spectators to a dramatic universe in which the real element becomes increasingly harder to discern.

The argument put forward by the artists reaches full maturity and its conclusion in the dedicated space Antennae, where the construction of a contemporary totem suggests that electromagnetic waves, even though they cannot be heard, still pass through the human body inevitably changing it (Anto. Milotta, 2017). 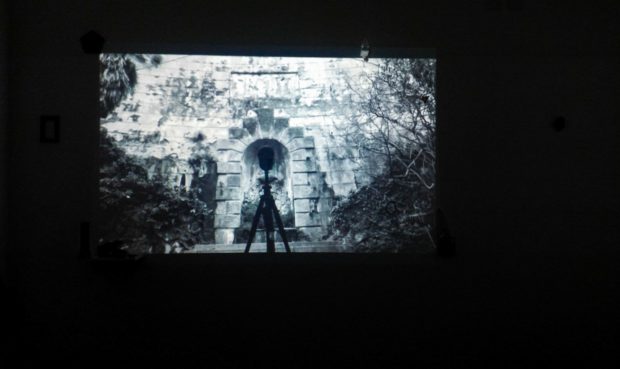 Climasensibile, which ends on 26 November, is an exploration of audiovisual perceptions and offers one possible answer to the question of the conscious use of technology. The use of increasingly complex technologies is testament to the evolution of these two young artists who understand technology as a medium that allows them «the possibility to read contemporary life and the surrounding space» (Anto. Milotta, 2017).

Call for submissions > Pavilion of Finland at the Venice Biennale

Call for submissions > Pavilion of Finland at the Venice Biennale