by Eugenia Battisti
in focus 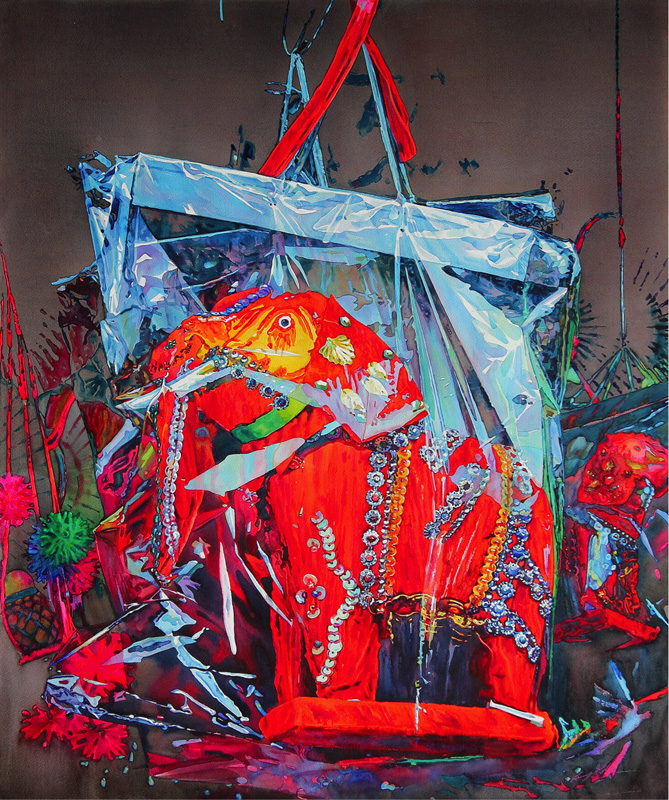 The lasting link between art and territory and the dialectical relationship between local identity and economic development constitute the hub around which rotates Italy’s first collective exhibition entirely dedicated to Burmese contemporary art: Myanmar/Art. The themes developed within this show, part of the XXI Triennale di Milano, are crucial, even pressing, for Burmese society today. Arising out of the tension of opposing forces, Myanmar’s contemporary art scene is an experimental laboratory of research, built on a hypercontemporary[1] aesthetic which mirrors the country’s oscillations between the local and the global: on one side it portrays a contemplation of rural landscapes and characters, on the other it depicts the fruition of a dynamic atmosphere typical of a country overrun by a rapid rate of development. 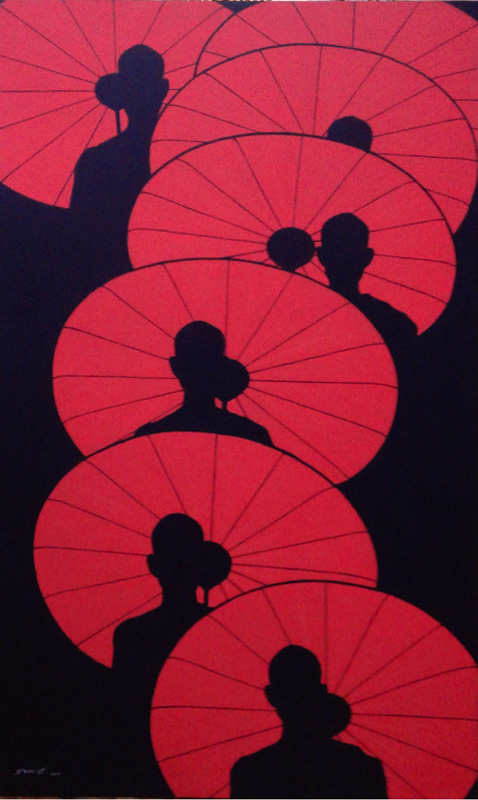 The artworks on show reveal and document the way in which Burmese artists in the past decade have related to the rapid change affecting cities, rural areas, villages, monuments and Burmese society in its entirety. The theme of the show is a reference to the work of French art critic Nicolas Bourriaud, who describes how 21st century artists are reacting to the increase and exorbitant growth of the global context by coining a new term: Altermodernity. As a place of reference of the most extensive socio-cultural system, the exhibition gives a voice to Burmese artists who have worked together with extraordinary energy to create a new artistic spirit: Aung Myint, Aung Sint, Chann Nyein Kyaw, Khin Maung Zaw, Khin Zaw Latt, Kyaw Nyo, Myint Naing, Mon Thet, Saw Moe Zaw and Tin Maung Oo. 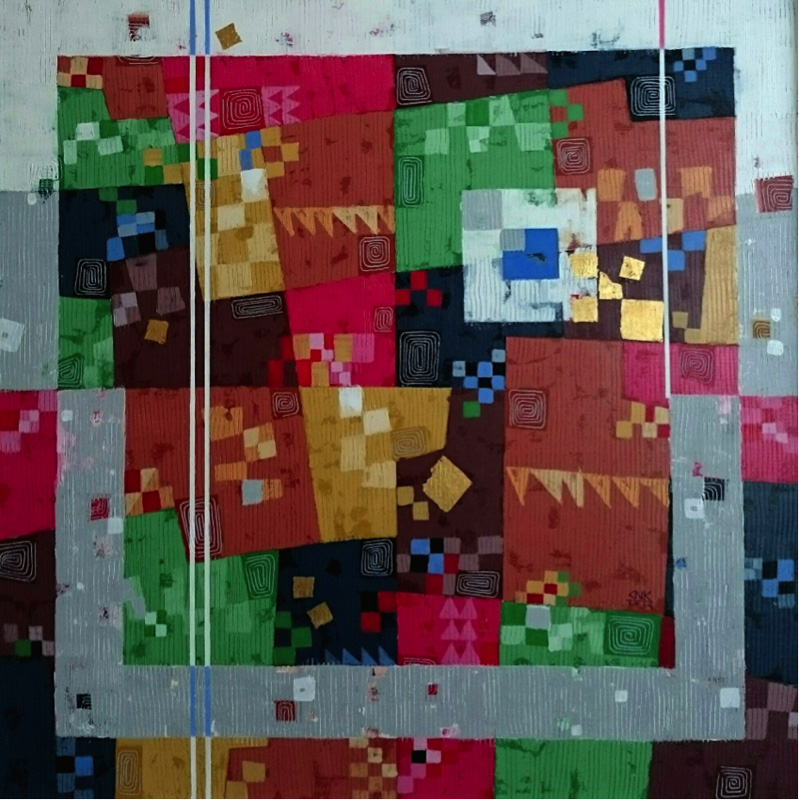 By fully entering the arena of cultural debate addressed by contemporary art, the curatorial approach adopted encourages critical reflection on territorial identity and thus on the safeguarding of cultural diversity. The exhibition is part of a wider project promoted by the NGO Culture2all, whose goal is to support contemporary art research in Burma and instigate a dialogue between distant cultures  on issues linked to the sustainability of interventions in the environment and the cultural heritage in view of the need to protect places and traditions which are at risk, while respecting the area’s local identity.

Myanmar/Art- Burmese Contemporary Art, curated by prof. Mauro Salvemini and Eugenia Battisti within the program of Triennale di Milano. The exhibition benefits from sponsorship by the Republic of the Union of Myanmar Embassy in Italy, the Italy-Myanmar Chamber of Commerce, the Honorary Consulate of Myanmar in Italy and the Triennale di Milano. It will be open to the public from 29 June to 12 September 2016 at the Museo Nazionale della Scienza e della Tecnologia Leonardo da Vinci, in the section dedicated to Overseas Participation in the XXI Triennale di Milano, Via Olona 9, Milan.