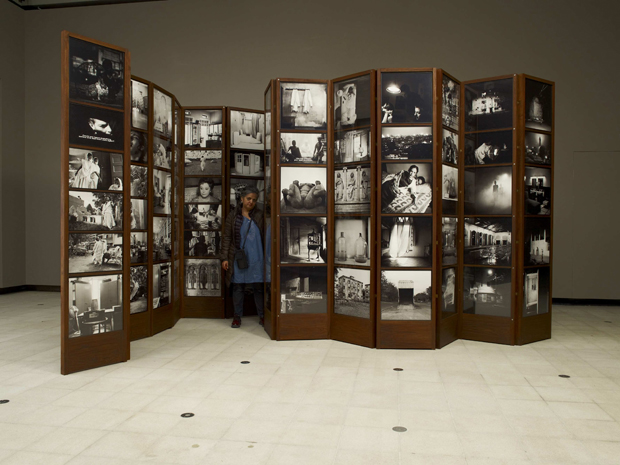 London’s historic Hayward Gallery is presenting Go Away Closer, England’s first retrospective exhibition dedicated to Indian artist Dayanita Singh. Her work is a very valuable reflection upon the definition of the medium of photography and medium in general; the changing role and meaning of sculpture and space, the relationships linking the functions of museums and archives as well as the role that the artist’s book could take on within such a context.

Dayanita Singh defines herself – first and foremost – as a «book-maker» rather than a photographer, as she is described by most.  Even though her chosen tool is the camera and it plays a central role in her work, this artist believes that a work can only become an oeuvre when photography is placed within an organic structure and into a 3-dimensional narrative formulation. These characteristics can be revealed in the semblance of a book, a sculpture or an architectural piece, each of which are interchangeable and led by an obsession for archiving.

Go Away Closer brings together the artist’s creations over the past two decades and introduces her «portable museums» series. These make up a new body of work and are the result of an «architectural» evolution of her book with the same title, integrated – as it were – into the function of a miniature museum and archive that Dayanita Singh has termed as «a kind of photo-architecture», cautious about using the word sculpture (except for indicating their thri-dimensional shape). The portable museums are wooden structures which can be opened in various configurations, each holding 70 to 140 photographs. A portion of these structures functions as an integrated deposit. This immediately conveys the possibility of reorganizing photographic material and therefore, a re-formulation of the narrative elements which give shape to the museum. The possibility of change and the stimulus of our imagination with the presence of what remains unseen is precisely what gives life and dynamics to the museum. The «staging» of the archives becomes a temporal summary of its function, visually interchanging works on display with those in the deposit. 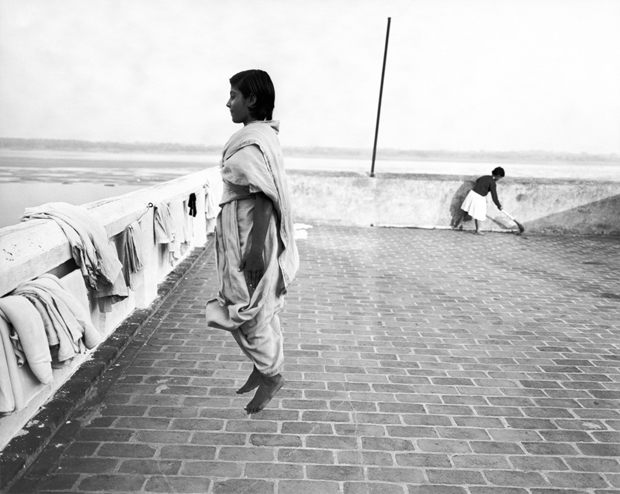 Singh’s previous book Sent a letter (2008) is a box designed by the artist that contains photographs in post card format and emerges as an incipit for the portable museum. Other books like these created over time hang on walls and become paintings or sculptures that release narration of its bi-dimensional space. In this way, the photographs displayed by these books seem to spill out from the pages, a blow-up of the artist’s content and thought that belongs to her book-making process.

Her peculiar approach to the medium transforms Ahmed’s portrait in a long-term project, in the end revealed to the artist as such as a “moving still”, an image in motion for about three minutes while the woman is lying in bed listening to her favourite song.

Photography becomes a relational vehicle here or the prime material for editing, which she assimilates into her past life with musicians – listening to musical rhythm – but (above all) the rhythm that articulates the organization of an event. The works of Dayanita Singh have a great lesson to teach on the transversality of the medium – regardless of the medium – and its linguistic potential. This is also a lesson on the concept of space that has become increasingly changeable and malleable. This is how narrative formulas materialize in constantly changing structures: intimate when contained in book format and monumental if the book takes on the thri-dimensional form of her portable museums. Then, the portable museums become architectural miniatures and the books expand themselves in original formulas of museum. This elasticity of space and of thought requires us to sometimes step back and look, and sometimes to get closer, for an intimate reading of the photographic narratives.