Music for percussion 2 by Ryoji Ikeda marked the beginning of the week dedicated to Digitalive at the Romaeuropa Festival, 1-13 November, 2022

by Arshake
in Events, focus, REF22

Ryoji Ikeda, one of the most important pioneers of computer music and abstract music, returned on 30 October at at the Auditorium Parco della Musica for the Romaeuropa Festival and thanks to the choreography with Musica per Roma.

One of the artists who have traversed the history of Romaeuropa (his appearances at the Festival since 2003 and the live performances of some of his most important hits such as Test Pattern – presented in collaboration with Dissonanze Lab in 2011 – are unforgettable), the Japanese composer has developed his artistic path between musical performances and installations combining video and electronic sounds. Since 2016, his research has expanded to the study of acoustic music, starting with compositions designed for string instruments and percussion. In collaboration with the Swiss collective Eklekto, the project music for percussion 1 was born (presented for the Grand Finale of Romaeuropa Festival 2018): 4 pieces performed one after the other performed through body percussion, triangles, crotales sets and suspended cymbals. Music for Percussion 2 moves from this path. With his ensemble, Ikeda focuses this time on non-musical objects such as morse code handlers, metronomes, books, tables, pieces of paper, pencils, rulers and basketballs. The composer’s iconic aesthetic – now internationally recognised as part of the musical tradition – is transferred to acoustic instruments or objects, creating minimalist compositions that build continuity with his digital work and the textures of his electronic compositions. 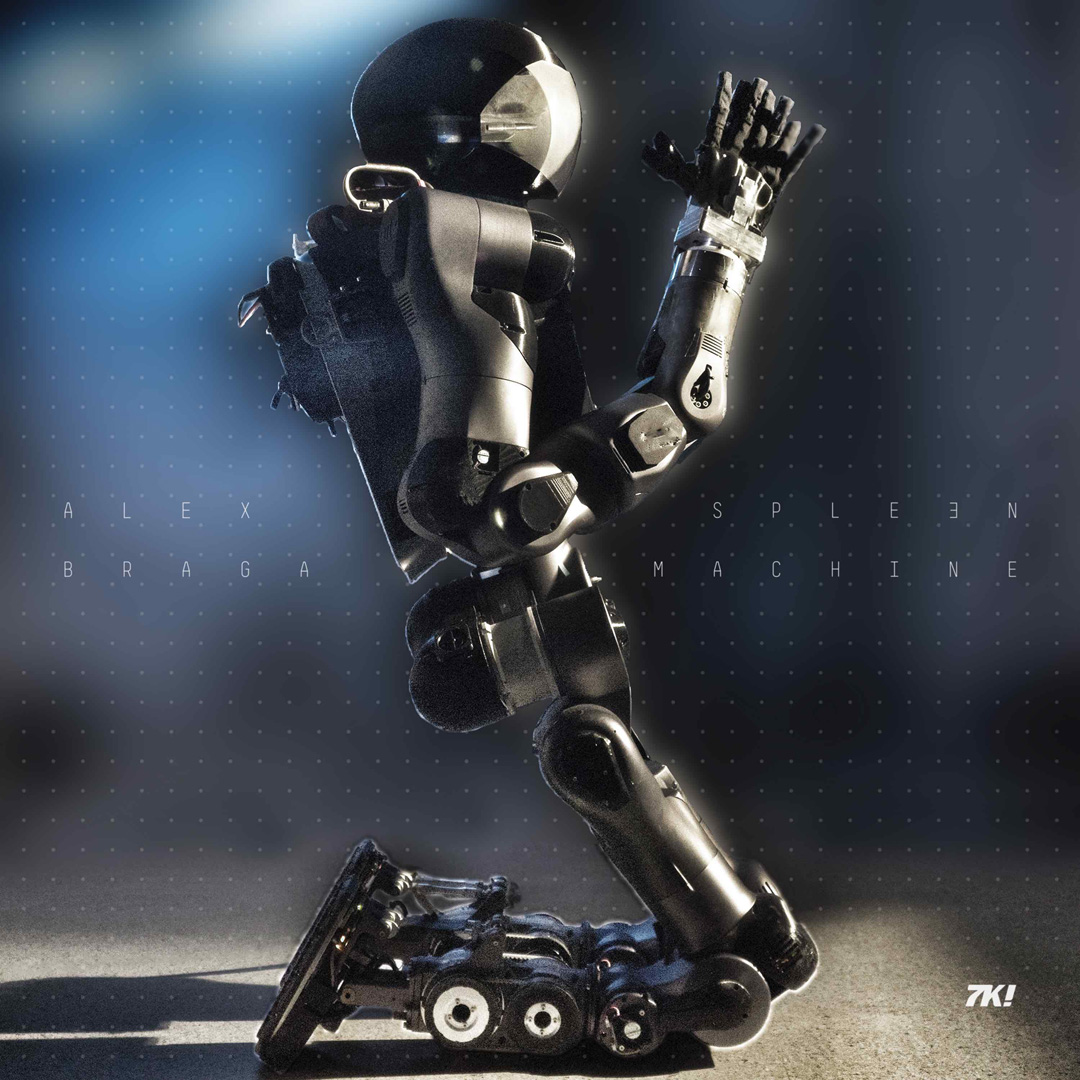 From 1 to 13 November at the Mattatoio, Digitalive, the section of the REF curated by Federica Patti dedicated to the exploration of digital cultures and new virtual stages dedicated to performance, returns as part of the Romaeuropa Festival. Performance formats that are redefining the very concept of live music, redrawing not only the boundaries between disciplines but also the very presentation of artistic projects, the role of the artists, and the relationship with the audience. A prime example of this is Alex Braga’s Spleen Machine, an audiovisual show entirely based on an artificial intelligence system A-MINT, created by the artist together with professors Riganti and Laudani of the ROMATRE University and aimed at creating a series of abstract and futuristic landscapes sculpted by notes and sounds. But far from ending with the end of the concert, the live performance is transformed in real time into a digital work of art certified in NFT and sold via Smart Ticket. By purchasing a ticket for the concert on 1 November at 9pm, spectators will receive a Non-Fungible Token authenticated on the EOS blockchain: a digital artwork, a 3D video, created by the artist during the show and transformed into NFT in real time by the A-LIVE platform. A new perspective of enhancing the works of artists through the use of those technologies created to guarantee the ownership and authenticity of digital assets. 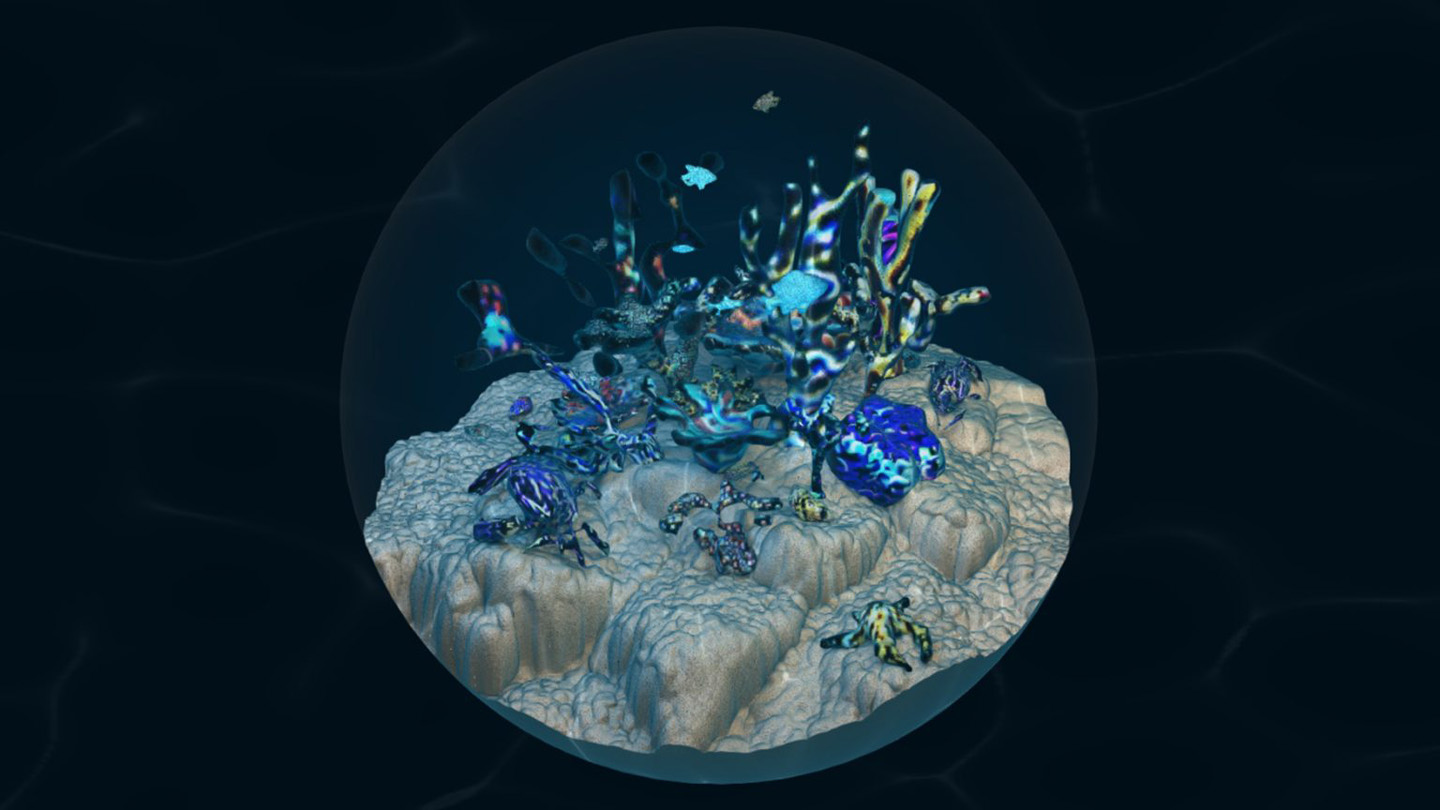 Artificial intelligence is also at the centre of artist Sofia Crespo’s investigation. On 4 November at 9 p.m. with AquA(l)formings – Interweaving the Subaqueous, she explores the large-scale changes in the marine environment caused by human presence, trying to imagine how the new conditions (rising sea level and water temperature, its new chemical composition) can be reflected in its inhabitants. 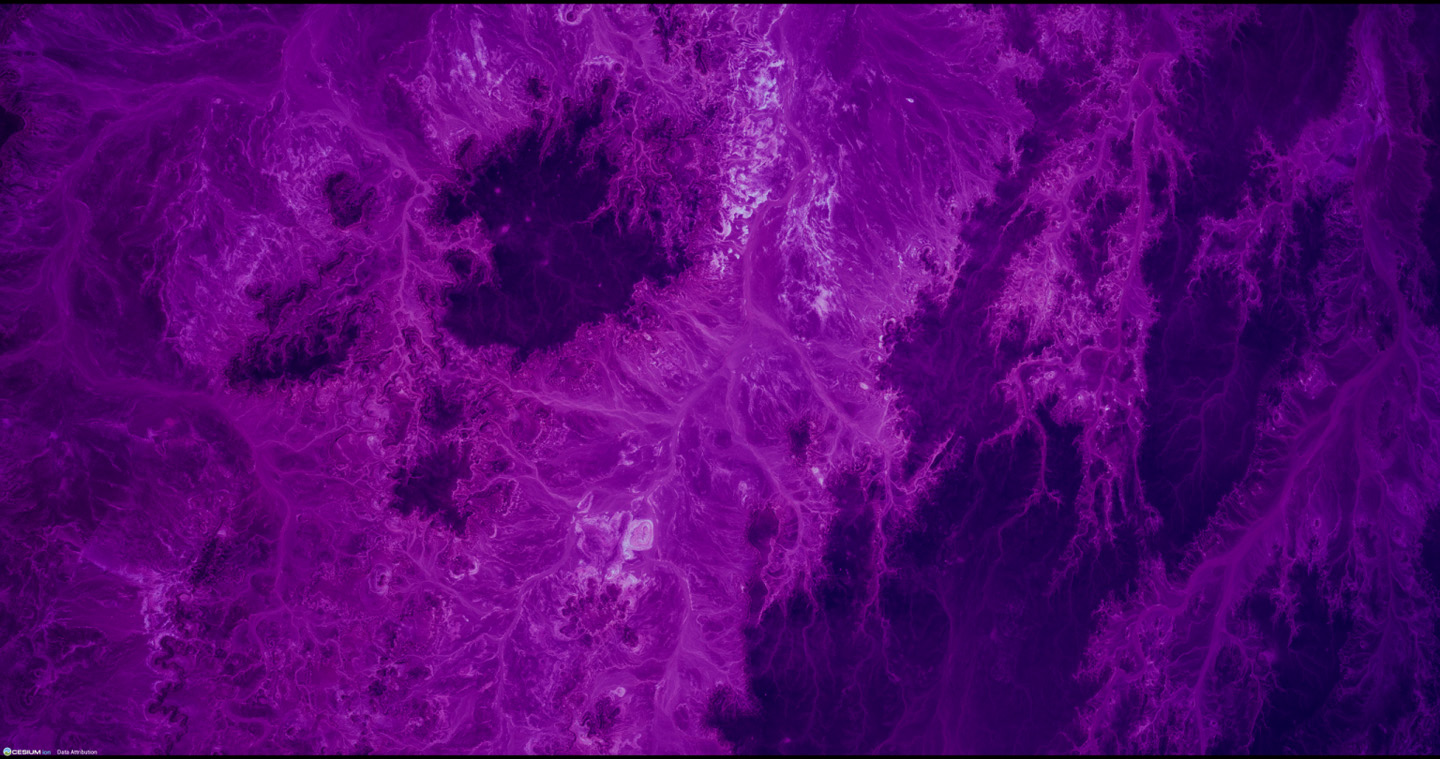 On 5 November, Franz Rosati returns to the Festival with Distantia (9 p.m.), the audiovisual multimedia project shot through with experimental and electronic sounds (the sound is generated by machine learning algorithms) and constructed by assembling satellite images to attempt an allegorical representation of observation mediated by distance, while on 6 November, visual artist and quantum physicist Libby Heaney presents the audiovisual performance slimeQore (8pm), an immersive video montage and spoken narrative using slime as a metaphor for the quantum world. The artist will use data from IBM’s five-qubit quantum processing systems to (re)compose the video montage through images, revealing the layered reality within computers and highlighting the vast multidimensionality in quantum computing. 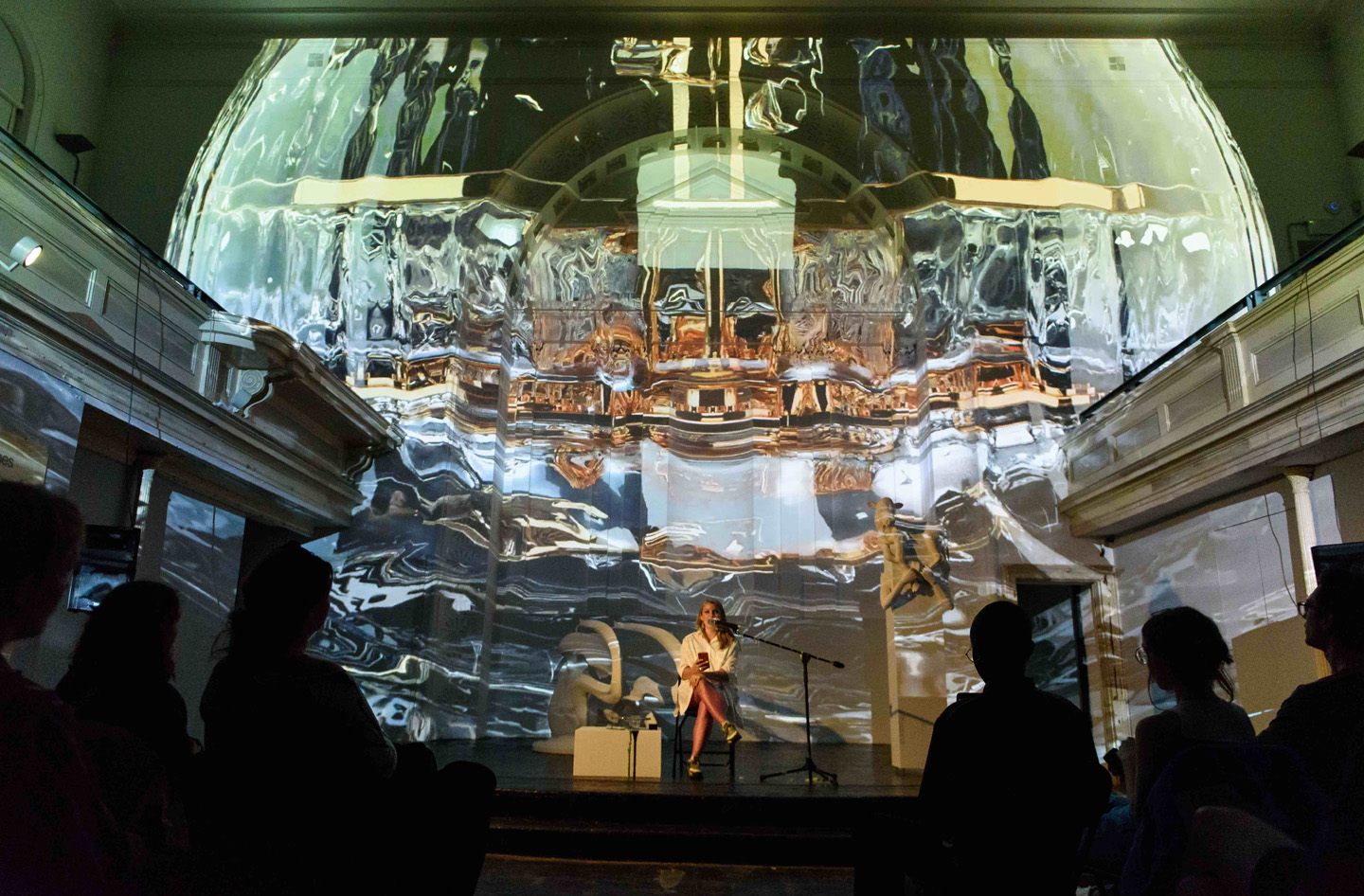 Digitalive also hosts activities for debate and discussion with the public: it starts on 4 November at 6.30 p.m. with XDXD Supernova: electronic generation, a tribute to the recently deceased visionary artist Salvatore Iaconesi. Founder of Art is Open Source, composer in the late 1990s and early 2000s of an electronic music that bears witness to the passage of an era and the emergence of an artistic and cultural scene in which the rhythm of bits, the queer and the rave met, creating new imagery, Iaconesi will be paid tribute in a first-person account of the custodians of this music:  a conversation between partner Oriana Persico and Mariano Virdio, Maura Favero (art historian and lecturer in Archiving Methodologies and Digital Art Conservation at the Brera Academy) and Arianna Forte (curator and co-founder of Erinni). 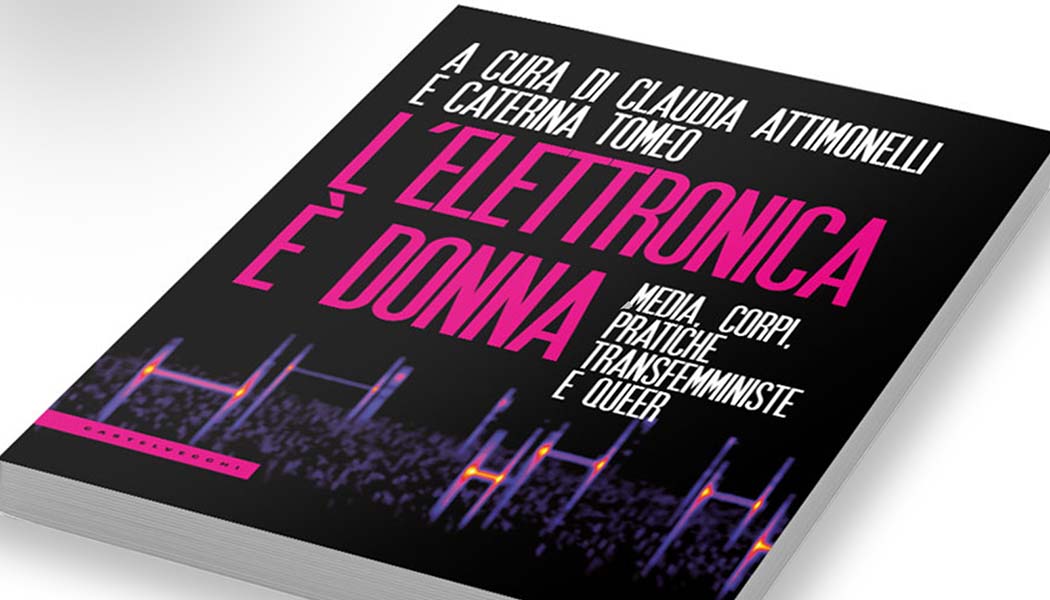 It will continue with ADV Gathering – Digital Live Arts, the first national meeting of the network of university and academic researchers in the field of Digital Live Arts. A first round table, coordinated by Antonio Pizzo, on Saturday 5 November at 3.00 p.m., will focus on the use of artificial intelligence in theatre and performance with Alessandro Anglani, Luca Befera, Simone Arcagni, Antonio Lieto, Massimo Magrini and Vanessa Vozzo. At 6.30 p.m. Caterina Tomeo presents her book L’Elettronica è DONNA, transfeminist and queer with Elena Giulia Rossi and Chiara Passa. On Sunday 6 November at 10 a.m. Anna Maria Monteverdi will coordinate a round table on robots and artificial and synthetic realities used in the creation of the arts and performance with Alessio Arena, Vincenzo Del Gaudio, Antonio Pizzo, Cinzia Toscano Massimo Bergamasco and Erica Magris. 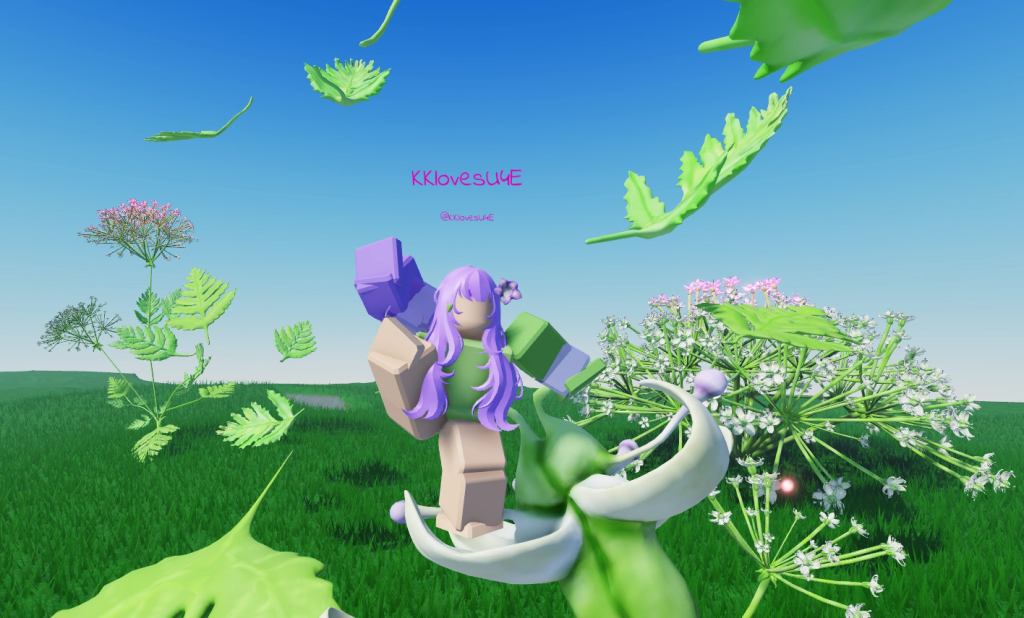 The talk anticipates the week of restitution of the performances selected by the network that will take place online from 7 to 13 November and of which Toxic Garden – Dance Dance by Kard herself is a part: a series of online participatory performances set in a metaverse created ad hoc by the artist on Roblox, a popular MMO (Massively Multiplayer Online game). Participants, through their avatars, are involved in synchronised group dances, on choreographies combining dance steps recorded in Motion Capture in collaboration with performers or taken from famous video games.

DIGITALIVE. Romaeuropa Festival, 30.10 – 13.11.2022. You can visit here REF’s website for the updated calendar of events and to purchase tickecks

here you will find the complete program of Residenze Digitali /  Digital Residencies  (7-13.11.2022)