Eduardo Kac recently announced the news that he will shortly launch his first work of space poetry with the project Inner Telescope. The piece will be performed by French astronaut Thomas Pesquet, who has been in orbit on the International Space Station (ISS) since 17th November. The pioneer of holopoems and telepresence art, and the founder of transgenic art, Eduardo Kac is now realising a vision which dates back to the eighties when (in 1986) he proposed launching his poem Agora into the Andromeda Galaxy. His theories have subsequently become formalised in the Space Poetry Manifesto that we are relaunching here, translated also in an Italian version. 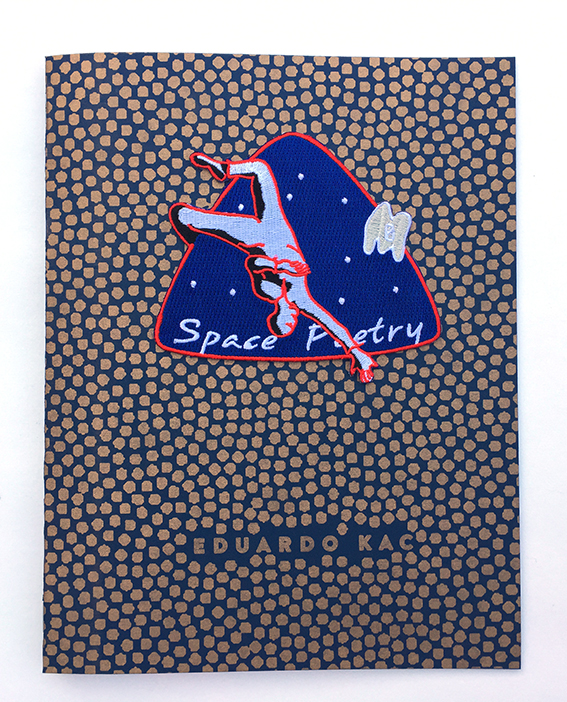 This essentially means that the poem only and fully realizes itself in a gravitational environment other than the one ordinarily experienced on Earth. Today there are two ways through which this can take place. Within the Earth’s atmosphere, weightlessness can be temporarily produced through parabolic airplane flights. In that case, the experience of weightlessness typically lasts approximately twenty five seconds for each parabolic arc flown. Outside of the Earth, be it in orbit or in outer space, weightlessness is achieved permanently.

Although it is possible to produce or experience weightlessness through other means, such as free fall, the question of Space Poetry is not exclusively based on Hypogravity (gravitational fields of less than one g). The real question is the fact that a new global space culture is emerging in the twenty-first century through the collective explorations and often collaborative efforts of spacefaring nations.

More specifically, what is truly significant is the fact that access to space is no longer the exclusive domain of governments but is moving into private hands. To shed light on the extreme implications of this process it will suffice to compare the early days of room-size computers controlled by governments to contemporary portable handheld devices in the hands of children. If the analogy holds, this means that eventually access to space will be as ordinary as airplane travel is today and spaceports will be ubiquitous. This is confirmed by the nascent space-tourism industry which has successfully sent several ordinary citizens into space for no other purpose that enjoying weightlessness and the view of Earth from space. 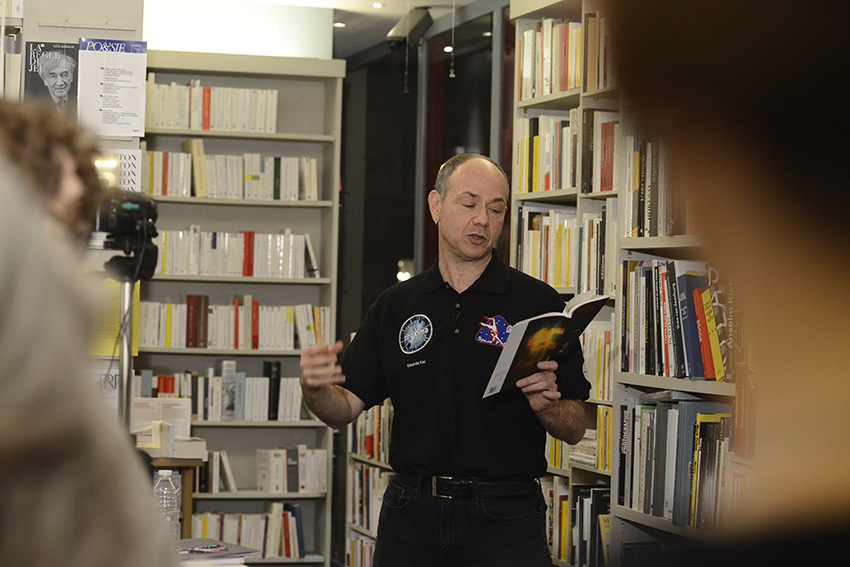 Taken to its extreme conclusion, this process seems to suggest that space stations and Moon bases will be hotels or long-term habitats in which human activity will eventually go beyond subsistence and environmental observation. This is also true for space colonies on Mars and beyond. In these new cultural environments, both art and poetry as well as other forms of human expression will ordinarily be created and experienced.

Clearly, it is possible to write and draw conventionally aboard a space station, but this represents no significant stimulus to the creation of a poetic language unique to this environment. It is precisely the new material reality of ordinary access to weightlessness and space that creates the cultural context for the emergence of a genuine Space Poetry.

I call “gravimorphism” or “gravitropism” the process through which gravity conditions all forms and behaviors created on Earth, including art and poetry. It may be a truism to state that gravity has a fundamental effect on our sensibility and the physical world and that it necessarily conditions art and poetry as well. However, it is far from obvious to ask what new artistic and poetic forms and experiences can be created if both creators and audiences/participants are free from this constraint. Materials and living organisms behave differently in weightlessness. For example : a letter “O” can be created as a sphere by the release of water in open space, and another letter “O” can be created as an air bubble within it.

I use the terms “gravimorphism” or “gravitropism” in art and poetry to underscore the fact that gravity plays a fundamental role in the forms and events we are able to create on Earth, and that forms and events created in zero gravity to be experienced in the same environment can be radically different. In 1986 I proposed to send a holopoem (entitled “Ágora”) to the Andromeda galaxy, as an early exploration of space poetry. In holopoetry, since 1983 I had already articulated some possibilities of poetry freed from the effects of gravity, since holographic poems are written with light and are thus weightless. The holopoem “Ágora”(Agora) was meant both as an extension of holopoetry as well as a communication gesture, a symbolic photonprobe towards imagined inhabitants of our neighbor galaxy. I first wrote about gravimorphic/gravitropic forms and events in 1987, while articulating the theory of holopoetry, with its protean linguistic events floating and changing in space, freed from material and gravitational constraints. In my original text I stated: “As we experience massless optical volumes — focused luminous vibrations suspended in the air — “gravitropism” (form conditioned by gravity) makes way for “an tigravitropism” (creation of new forms not conditioned by gravity), freeing the mind from the cliches of the physical world and challenging the imagination”. I coined the word “antigravitropism” to retain the affirmative quality of negating or neutralizing gravity. 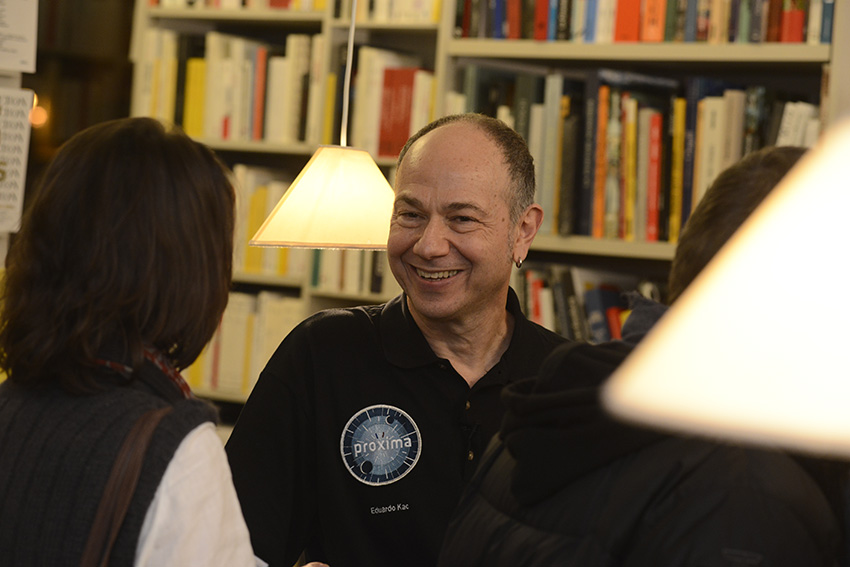 Space Poetry is time-based in the sense that there is an internal temporal logic to each poem. It is performative, since the body of the reader is weightless and thus engaged in a particular kinesthetic readerly experience. Space poems are naturally close to the visual arts and other disciplines since they are not meant to exist in a book, but in weightlessness. They use few words (potentialized semantically through the exploration of the behavior of materials in weightlessness) and often involve direct participation of the reader. As importantly, space poems produce new antigravimorphic syntaxes.

In sum, Space Poetry is a new poetic language that participates in the creation of the new space culture through the exploration of the creative potential of low gravity and weightlessness. (Eduardo Kac, 2006)

(ISS) Inner Telescope will be part of a series of shows, shortly at the Centre National D’Études Spatiales – CNES, Paris (23 – 26.03.2017). The artist book that was published on the occasion of the project, was launched in Paris at the la Librairie Michèle Ignazi on November 26, 2016, and is currently available at the same bookstore.