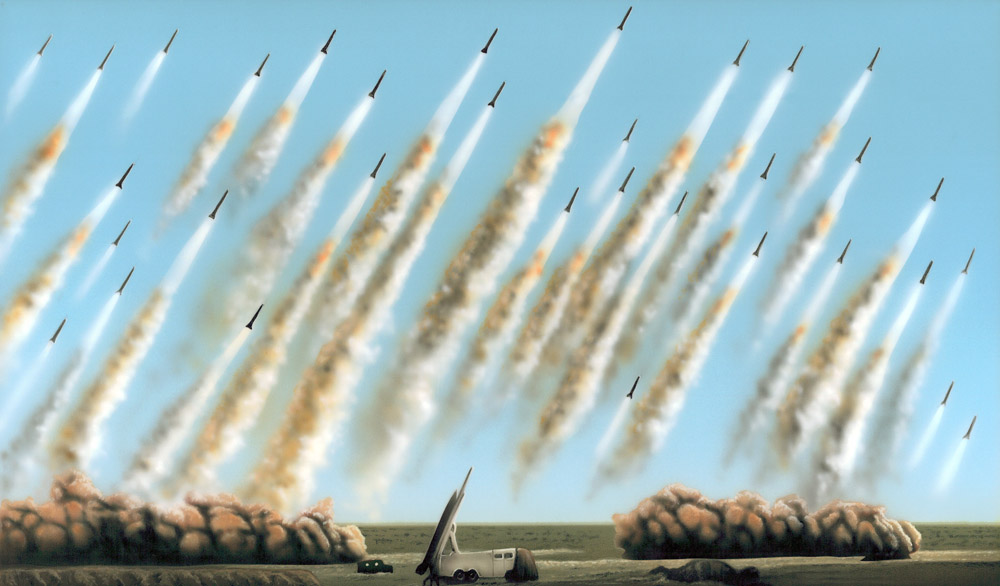 More than 100 artworks and two years of preparation are behind the exhibition Electronic Superhighway (2016-1966) at London’s Whitechapel Gallery, which finally addresses the relationship between art and the internet, observing the phenomenon through its evolution over time, and taking our fifty years’ coexistence with it into consideration with artworks, analysis and experimentation.

«From the start of this project we were conscious that besides presenting young artists who are working at the present time, along with their works and their methods, it was important to show the origins of all this, the starting point». The words of Emily Butler, the Whitechapel Gallery curator responsible for the exhibition, along with Omar Kholeif, curator at the Museum of Contemporary Art in Chicago and originator of the concept for Electronic Superhighway (2016-1966). 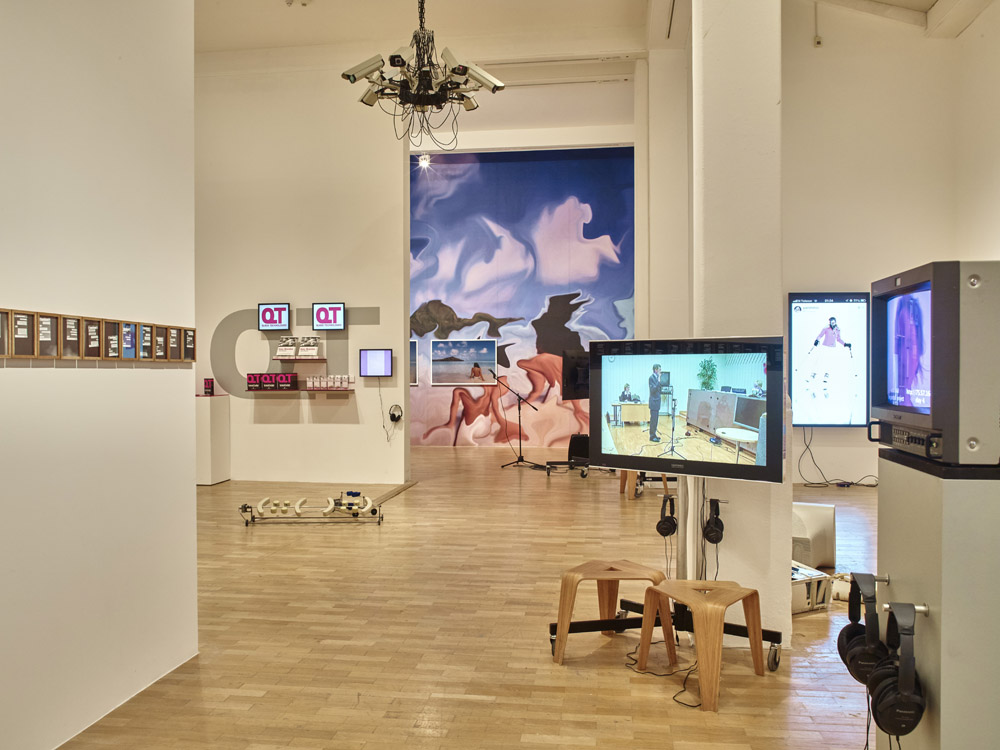 The exhibition begins in the large ground-floor space, with a deliberately chaotic gathering of artists of  different generations and types of work, such as Cory Arcangel, Jon Rafman, Petra Cortright, Oliver Laric,Constant Dullaart, Eva and Franco Mattes, Ryan Trecartin and Camille Henrot, to name but a few. The artists included in this section appear to be linked by the common theme of a question which is never directly posed yet strongly intuited in every one of the works: how has art changed – and how is it still changing – with the spread of the internet? Naturally the question also alludes to the extensive and ubiquitous use of all the technologies employed to connect to the web (PCs, tablets, smartphones) and in general to those devices that have revolutionised our way of viewing and communicating with the world (chat rooms, social media etc). 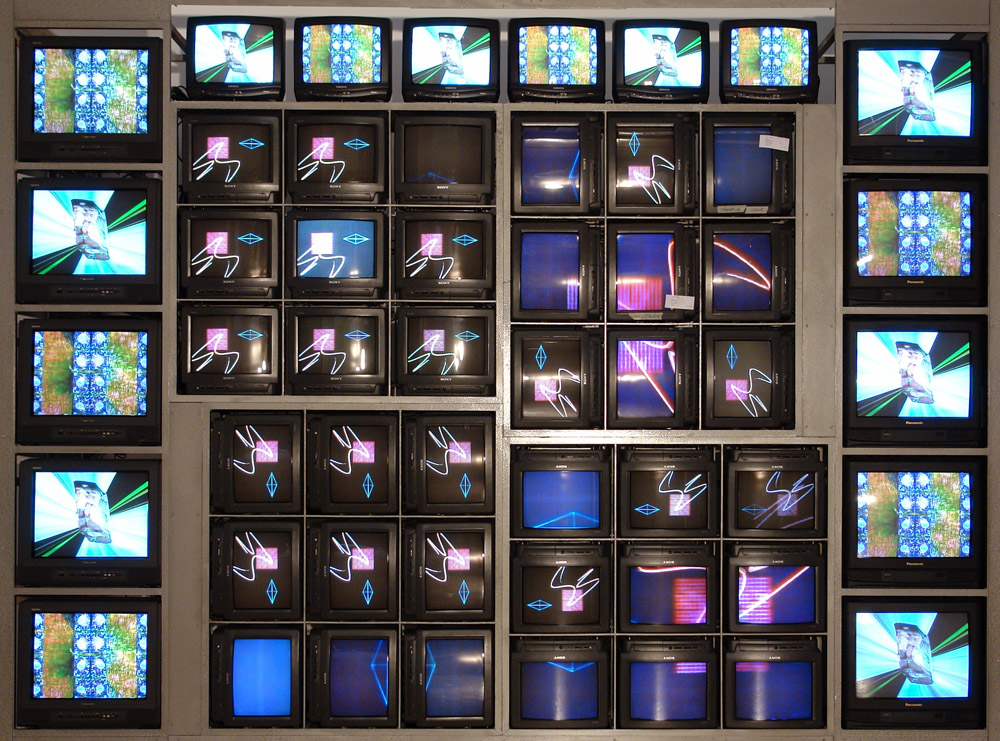 For years, issues concerning the digital revolution and the advent of the internet have been the focus of attention for sociologists, economists, linguists and cognitive psychologists, but they are yet to be acknowledged as “urgent” by many critics and art historians, who stubbornly persist in considering the internet like any other medium used by artists in the past. 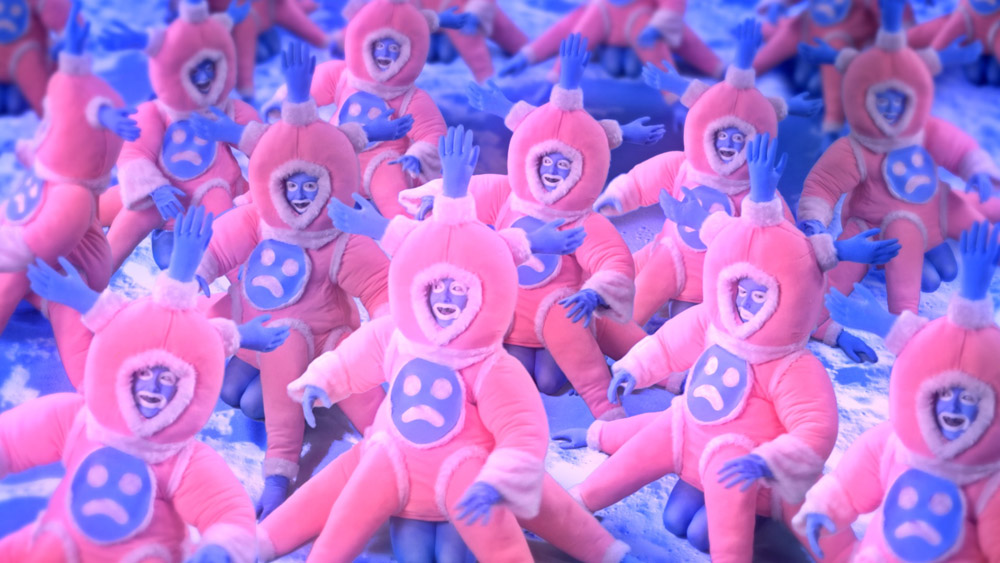 «The works in this section explore different ways in which digital and analogue interface and influence each other», says Omar Kholeif. A great deal of attention is paid to the relationship with the most traditional medium of all, painting. We find, for example, Joshua Nathanson, who is in the habit of painting outdoors using digital devices which allow him to create works imbued with formal and aesthetic qualities which could fall within the much-debated definition of new aesthetic, but who, back in the studio, reproduces his works in canvas and acrylics, resulting in naif pieces which look childish but are not without a certain appeal. Or there’s Celia Hempton, whose small portraits – in her already established neo-impressionist style – show individuals encountered solely in the virtual sphere in random chat rooms, resulting in works which explore the paradox of online intimacy, somewhere between anonymity, exhibitionism, pornography and eroticism. 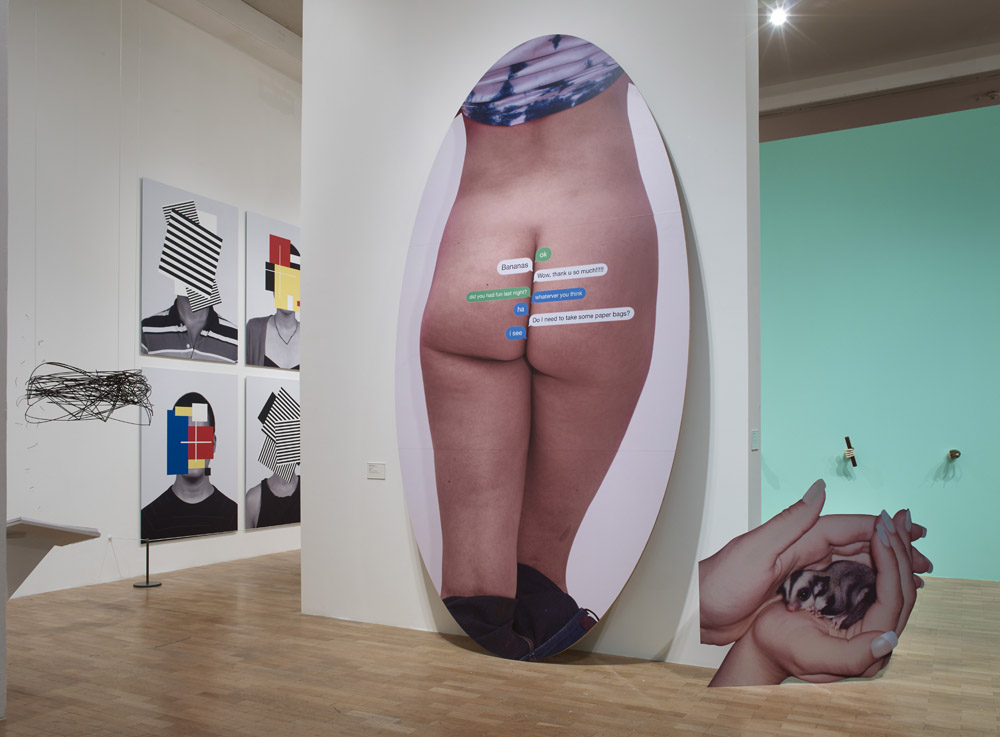 The exhibition moves backwards in time to the second floor, where we find two installations by Nam June Paik. The title chosen for the exhibition, Electronic Superhighway, is an expression used by the Korean-born artist in 1974, referring to television and its potential as a tool for connecting people around the world. With this in mind, the show presents the first international satellite installation, Good Morning, Mr. Orwell, which was broadcast worldwide from the Pompidou Centre in Paris in 1984 and which involved, among others, John Cage, Peter Gabriel, Merce Cunningham, Joseph Beuys, Allen Ginsberg and Philip Glass. The exhibition continues with a selection of works by digital art pioneers such as CTG (Computer Technique Group) from Tokyo, Gary Hill, Hiroshi Kawano and E.A.T. (Experiments in Art and Technology), founded in 1966 in New York by John Cage, Robert Rauschenberg and Yvonne Rainer with the collaboration of computer firm Bell Laboratory. It concludes, finally, with Cybernetic Serendipity, the first international exhibition on art and technology, held in the UK in 1968 at London’s Institute of Contemporary Art. 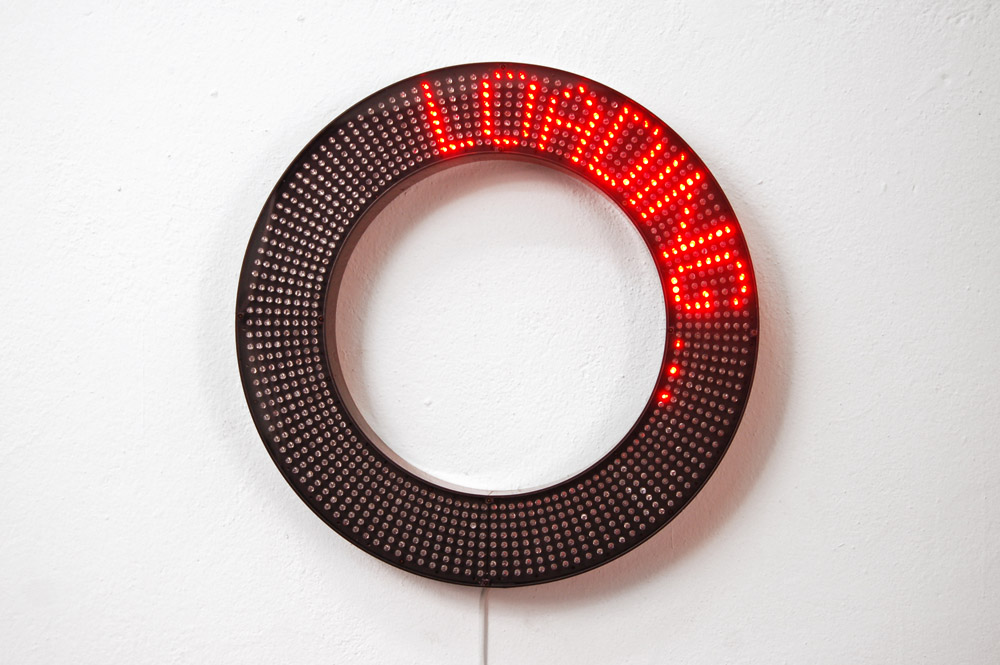 In spite of the lack of clarity in some sections, and the occasional questionable choice, Electronic Superhighway (2016-1966) is undoubtedly a landmark in the exploration of the complex relationship between art, the web and new technologies.

My only regret is the show’s failure to include many artists, and in particular the gap which in my view weighs heaviest of all: the complete absence of references to Les Immatériaux, the historic event curated by sociologist Jean-François Lyotard at the Pompidou Centre in 1984, which still remains the only exhibition to truly present this phenomenon and give it its true worth from a historical-scientific point of view, while acknowledging its critical, aesthetic, philosophical and sociological implications.