Francesca Leoni and Davide Mastrangelo, Artistic Directors of Ibrida Festival, talk about the recent history of the Festival unti its fifth edition that is about to open in Forlì and online (September 11 – 13, 2020), curated by Vertov Project and the critical contribution of Piero Deggiovanni.

Elena Giulia Rossi: How did the idea of the Festival come about? What was the cultural climate five years ago?

Francesca Leoni e Davide Mastrangelo: First of all, we started as video artists and, as such, we wondered why in Europe there were festivals and exhibitions dedicated to video and digital arts while in Italy these artistic forms were often marginal. So the first idea was to promote the culture of intermedia arts, after which came the desire to create something in our region, Emilia-Romagna, which we believe to be particularly fertile and open to new forms of language. We didn’t start immediately with a Festival, but first “tested the ground” with an event we called Re/Azione (Re-Action), a kind of happening that took place in a single day, with contemporary artists and performers. The event provided a rough outline of what the Ibrida Festival structure would later consist of. After two editions we decided it was time to expand. We often say that the Ibrida Festival has a “living room” feel, due to its welcoming atmosphere that encourages dialogue and an exchange of ideas and thoughts. During the Festival the attending artists are always available for discussion with all those present. In addition, over time, it has become a focal point for artists to meet: many projects and collaborations were formed at Ibrida and this is the most important aspect of a Festival, at least as far as we’re concerned. When we started, the words “hybrid” or “intermedia” were rarely used. We did a lot of research on the indexing of these terms before choosing the final name. Hybrid was associated almost exclusively with cars. Now, fortunately, we often see articles on contemporary art or the presentations of other festivals where the terms hybrid, hybridised, intermedia and intermediality are used. We hope in our small way to have contributed to this growth. To go back to the original question, we wanted to create a Festival that was principally devoted to the intermedia arts, with a focus on video art and the use of audiovisuals in an experimental form, especially in the performing arts. We are growing gradually, along with our audience, trying to add something to each edition, thus creating new connections with established and emerging artists, always with an eye on new trends. 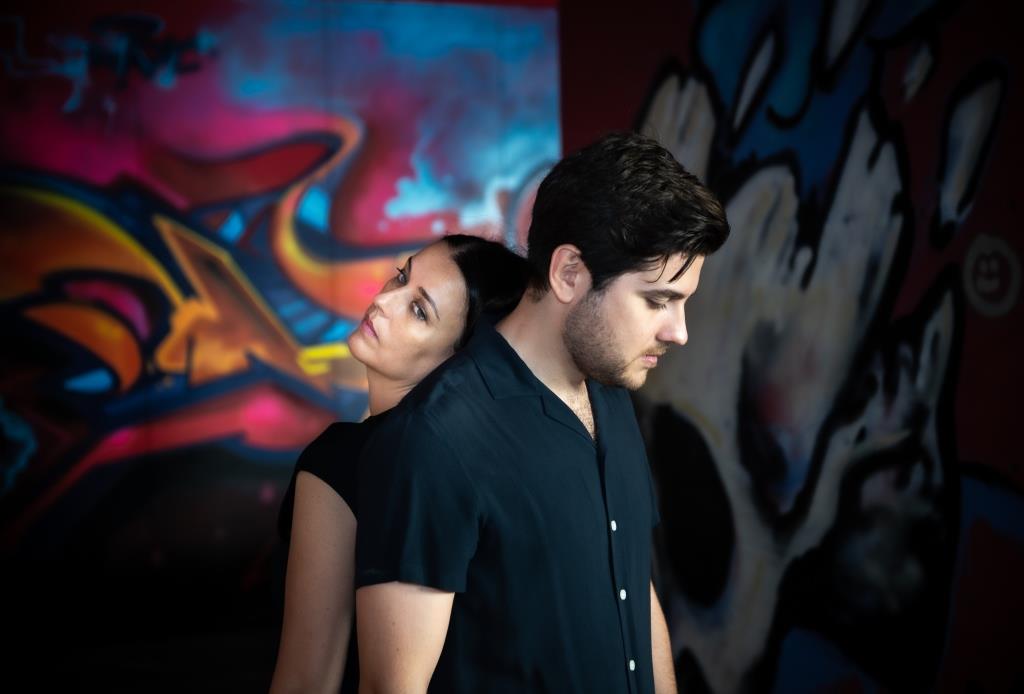 Your goal has always been to take stock of the latest trends in Italian research, which is commendable considering it is situated in a predominantly foreign culture. From your experience, what direction is the hybridisation between disciplines taking? How has the scenario of intermedia arts production changed since you started?

Video art, after the digitalisation of analog signals, has undergone several transformations. Every time editing software is upgraded or a new tool is added or launched on the market, a new camera, it is all immediately absorbed by artists. Not forgetting the new features added with the various “apps”. Every year Ibrida Festival dedicates a section to Post Internet art, curated by Piero Deggiovanni, who for years has been following the trends of those artists who use online resources to create video works. We are interested in all new technologies in the audiovisual field, but let’s not forget that our Festival largely focuses on single-channel video art, which also evolves with editing software and, of course, with the heightened imagination of artists. Today, after the analog to digital revolution, intermediality has become a fundamental concept for understanding our age, its aesthetics and, above all, the mechanisms driving it. 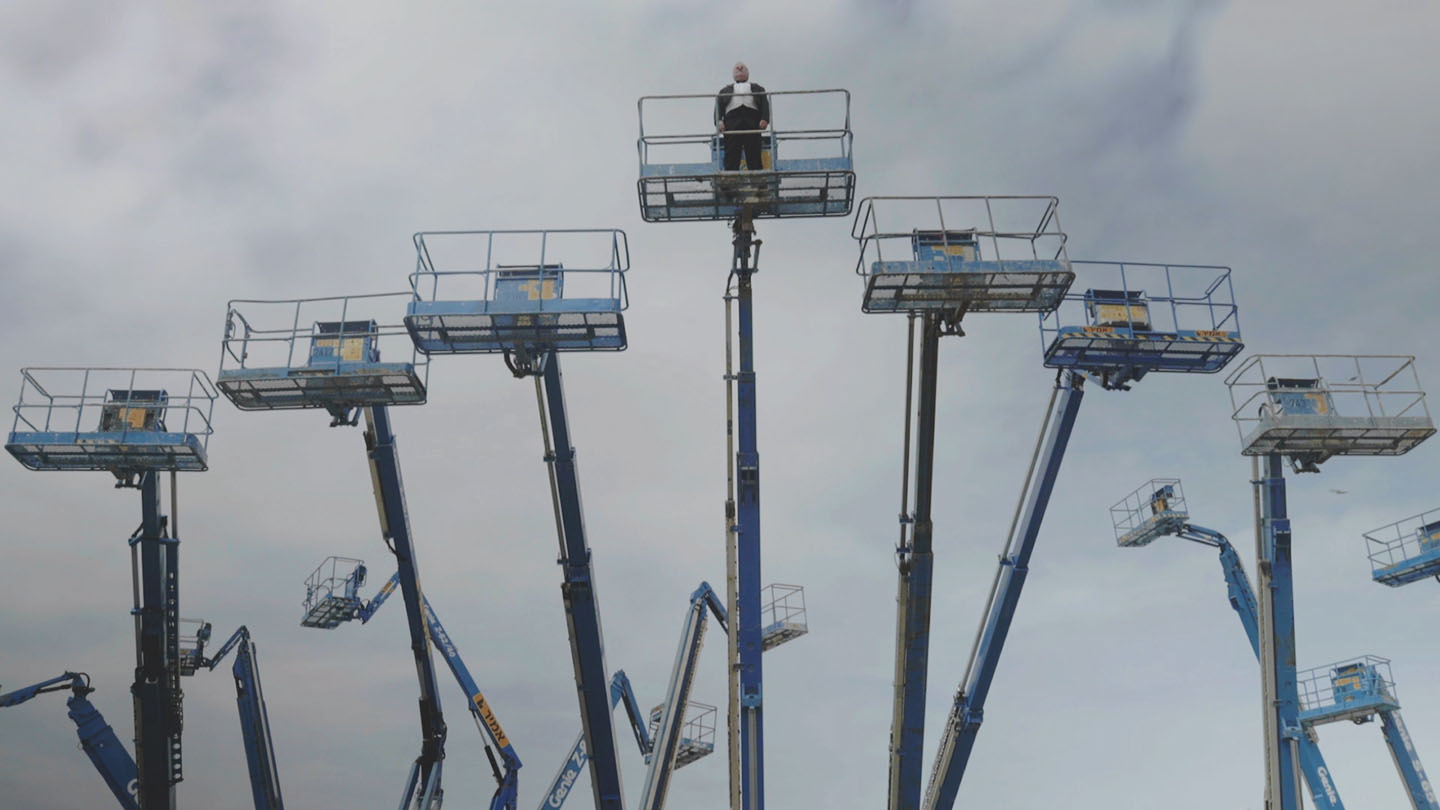 What has the response of the public and the region been so far?

Our audience is particularly attentive and engaged, growing alongside us. Since the first edition the participation has been good. Obviously we’re talking about intermedia arts and video art, so we can’t expect a massive crowd because there’s also still the idea that it’s a difficult language to understand. That’s why we’re undeterred in our determination to train people through meetings and workshops, at the end of which we encourage them to come to the Festival and get involved in audiovisual images. After all, it is not necessary for a spectator to analyse and know everything, of course; sometimes it’s enough just to be curious and allow oneself to be carried away by images and music. Video art does offers questions, rather than answers. Lastly, thanks to a direct approach we have noticed that there has been a growing interest in our organisation, year after year, not only from Academy students, but also from a general public that decides to immerse itself in audiovisual experimentation without preconceptions. 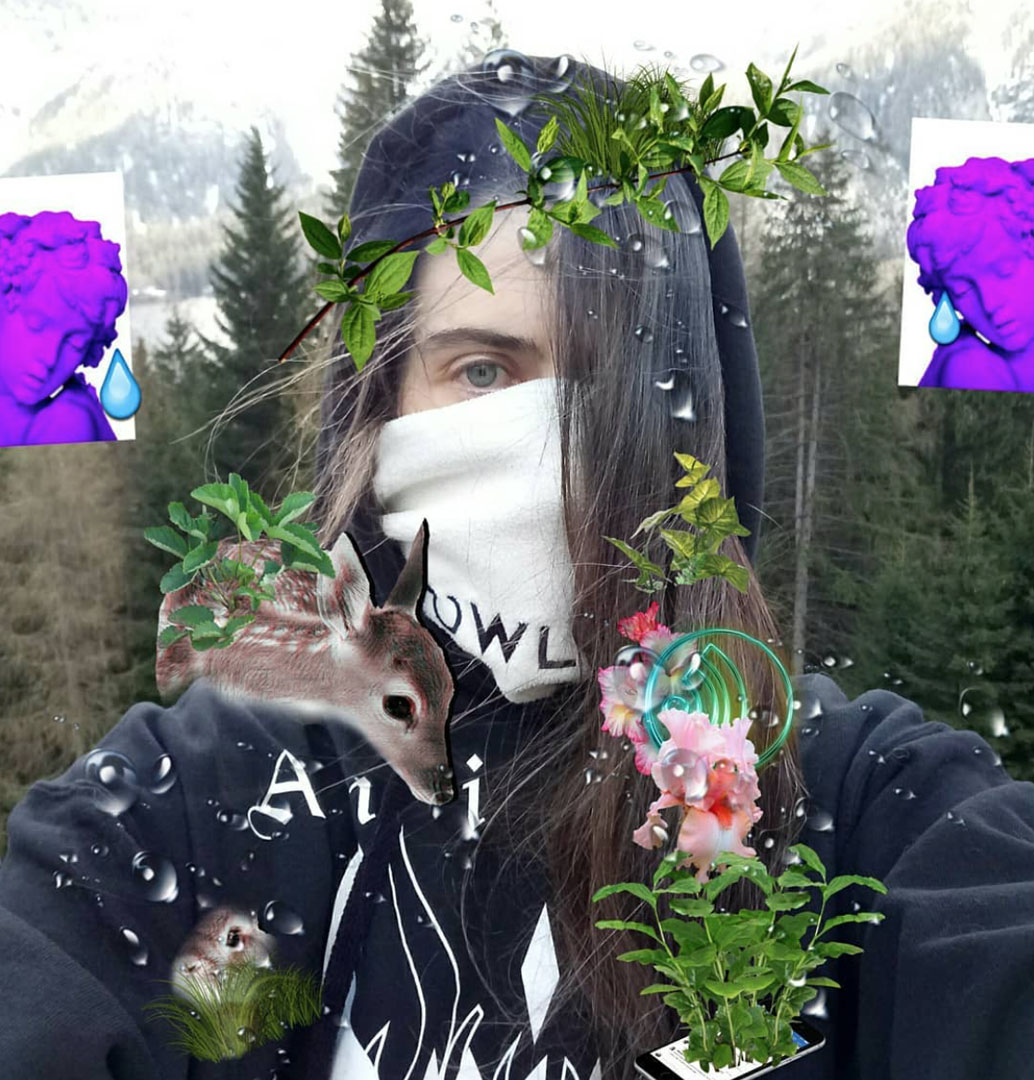 During these months of isolation, many museums – all kinds of institutions from all over – have gone online. At the time, for many people, this was a necessity. How do you think we can make the best use of opportunities for communication in the future?

For many people, online use has been a necessity in order to continue to operate, thus underlining their existence. The positive side of this is that we suddenly had the chance to see shows that took place in London or New York from our homes. Many institutions have streamed online meetings and workshops free of charge, which were previously only accessible by attending these events in person or paying a fee. Many commendable examples could be listed. The downside was definitely reaching a saturation of streaming content which was concentrated over such a short period. Obviously we have not yet returned to so-called “normality” but, even if we had, what has happened has certainly left an indelible mark. For us, as for many others, meeting people in person and physical presence are fundamental. In our case, in future, we will certainly consider the possibility of creating online streaming events, with ad-hoc performances, thus opening up to artists, curators and critics from abroad who take an interest in our project. 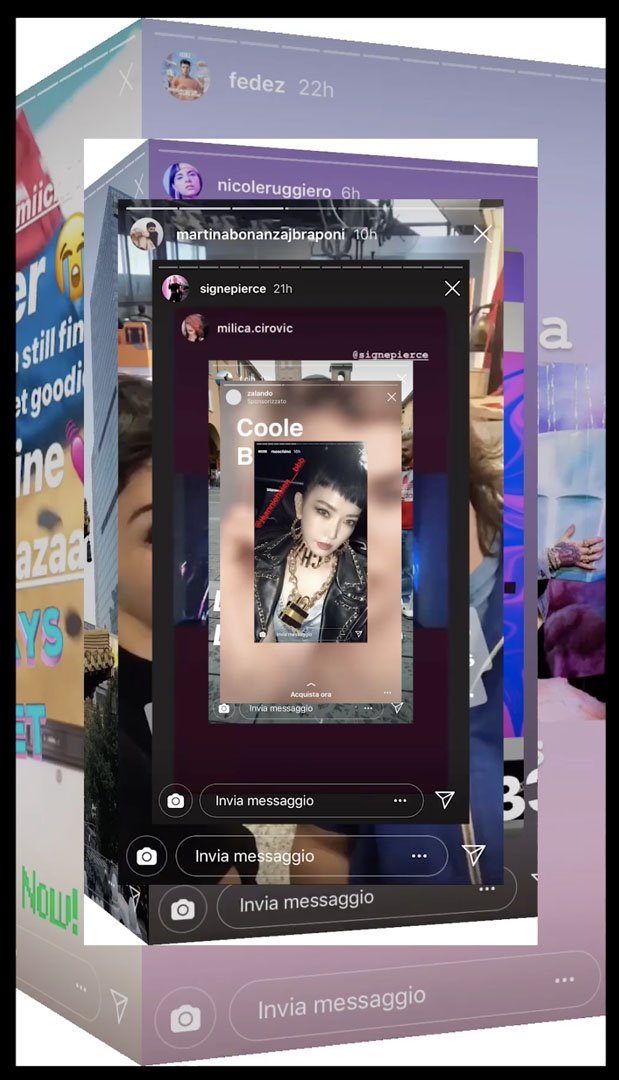 Ibrida is interested in performance art, electronic music and video art. Creating a Festival is an important moment of exchange between people but also between disciplines.

Yes, of course. Ibrida is mainly based on intermediality, i.e. the artist’s simultaneous use of several disciplines, so it’s a suitable place for dialogue and encounters between various artistic disciplines, rather than for a simple exchange. 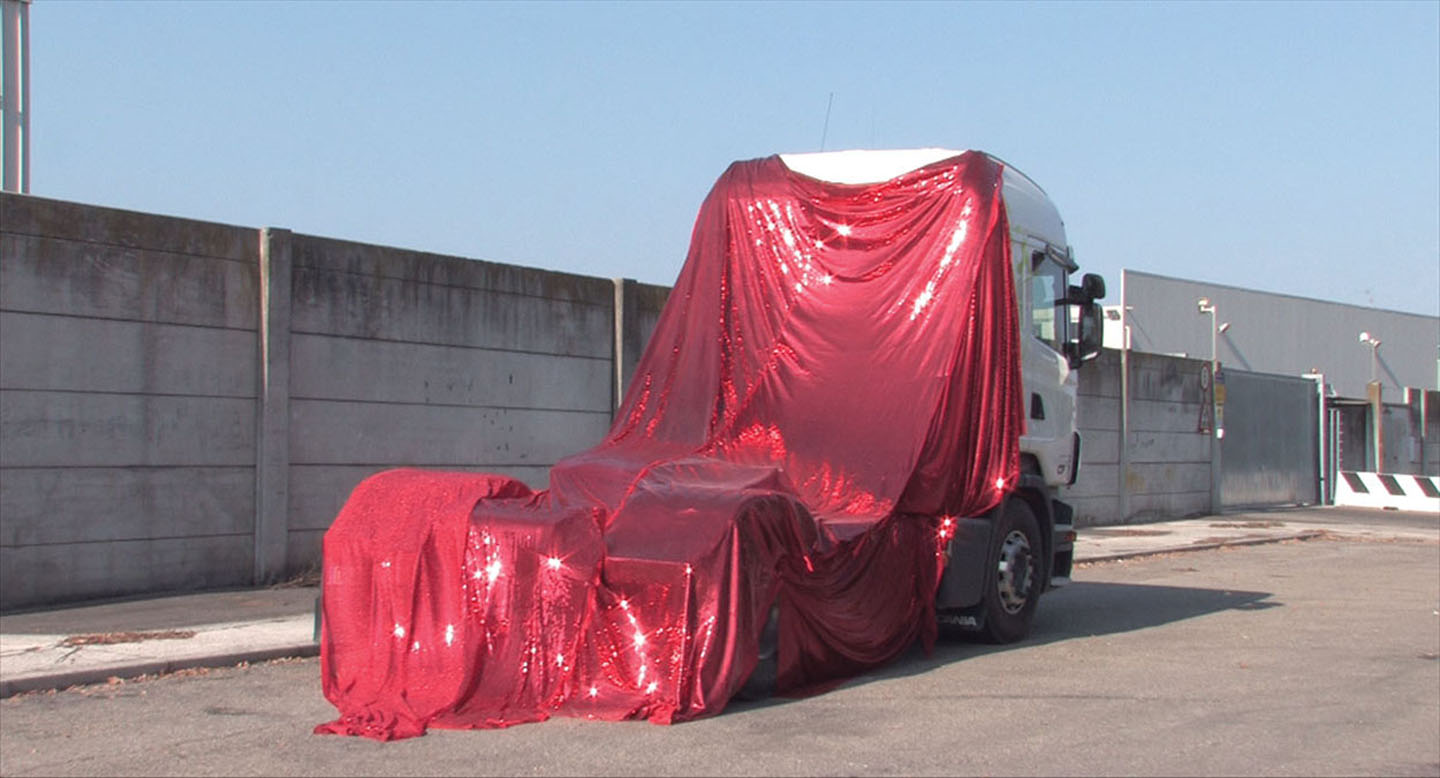 How did you imagine people would experience this year’s online festival?

Specifying that the Festival this year has a dual formula, online and in presence, we created a platform on our website, called Hybrid Live, where we designed four Festival “physical rooms”: the Red Room, Green Room, Blue Room and Live Room. In each one, there is a different video selection every day, available only during the Festival period. Access to the Red, Green and Blue rooms is free, so any user can access and view both our selections and those of the external curators free of charge. The live performances that take place at the Arena dei Musei San Domenico in Forlì, on the other hand, will be available in streaming after purchasing a single digital ticket valid for the entire Festival. For us, of course, it’s an experiment, a way to get Ibrida across borders. At the end of the Festival we’ll see how it went and take stock of this new experience. 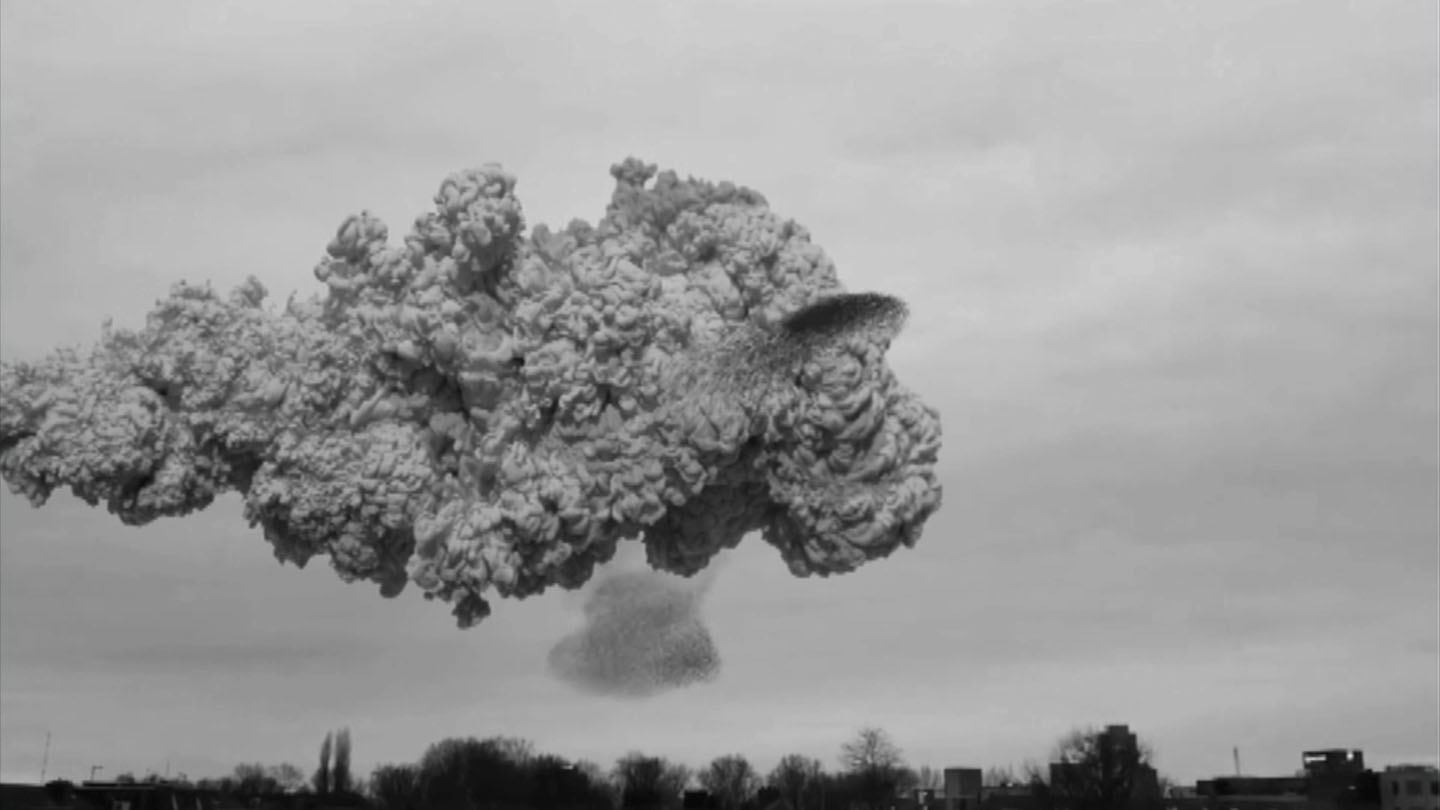 How do you imagine an ideal potential hybrid space?

The only ideal space is one that gradually adapts to the poetics of the Festival, our artists and the current situation which, as we have seen in recent months, can hold unexpected surprises, testing everyone with new challenges.