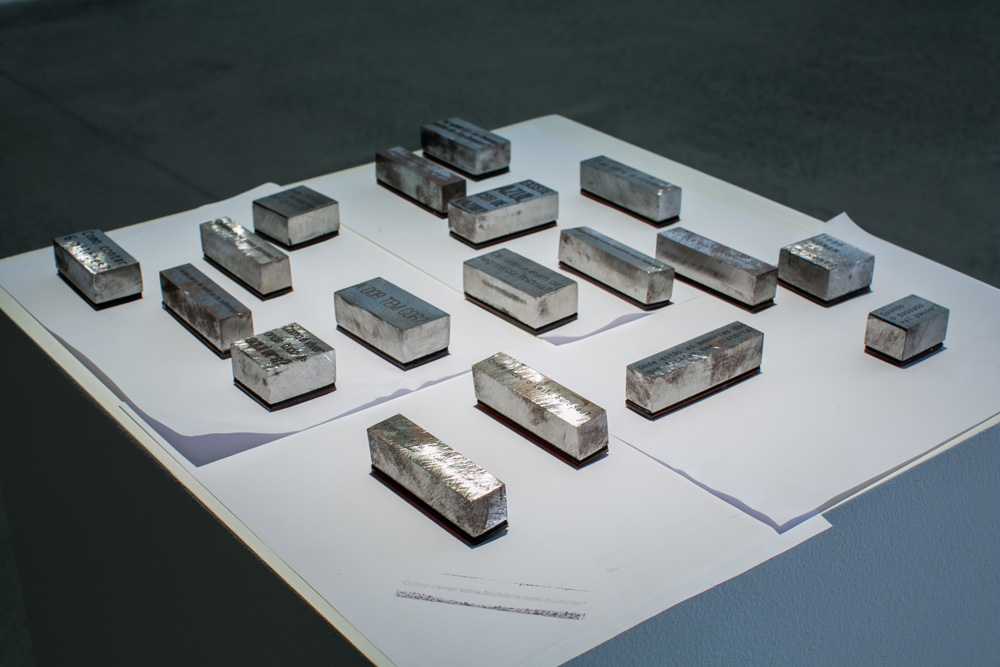 Cinthia Marcelle’s Trilogy, curated by Solange Farkas and co-curated by Gabriel Bogossian, and Giselle Beiguelman’s How heavy is a cloud?, curated by Ana Pato are now currently on show at Videobrasil. Two artists from different generations, with distinct practices, strategies and research, take up Galpão’s spaces with works never before seen in Brazil, including videos and multimedia installation. Their shared features include their acclaimed careers in Brazil and abroad, and the invention of images that grow into poignantly poetical scenes in the viewers’ eyes.

Presented for the first time in Brazil, Cinthia Marcelle’s Trilogy is a video installation that brings together the videos Fonte 193 (2007), 475 Volver (2009), and Cruzada (2010). The work had its premiere at the Future Generation Art Prize (2010-2011), where Marcelle won the main prize. At Galpão VB, Trilogy will be shown in a big format, allowing the audience to observe the subtleties and resonances between the videos. Filmed from a bird’s-eye view, they depict a fire truck, a backhoe loader, and the interaction of groups of musicians. In empty tracts of red earth, these elements move in constant and seemingly senseless cycles, exploring the representation of time and how language can underline or dissolve conflicts. 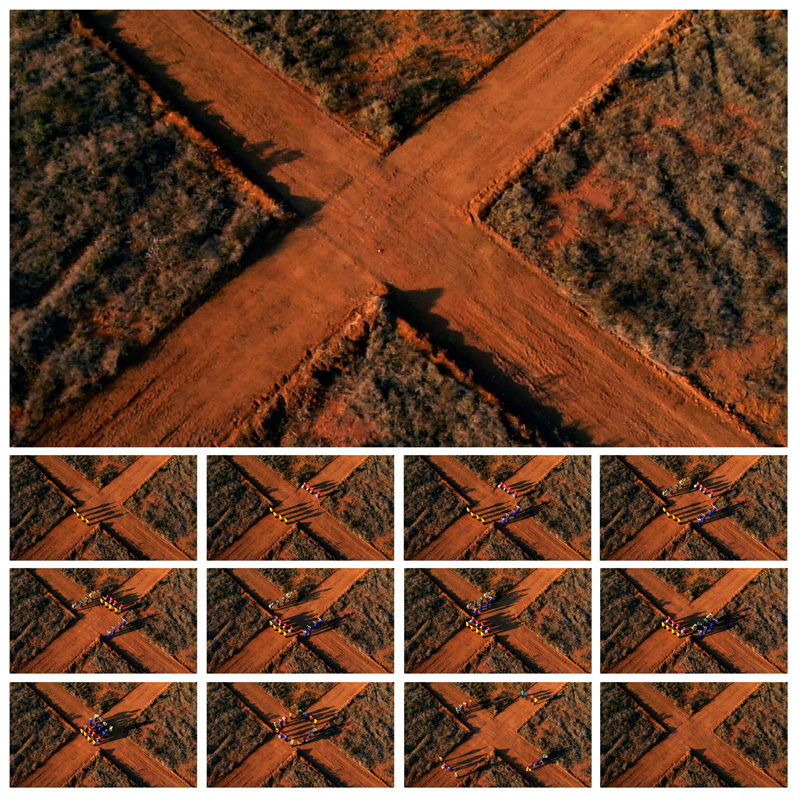 Cinthia Marcelle creates works whose hallmarks include synthesis and concision of language. Closely involved with performance, she employs repetition, distance, and the distortion of unremarkable elements and objects in delicate artistic operations, rearranging those elements to create new meanings. Through silent and sparsely verbal movements, her work suggests less cerebral images, eliciting a more emotional, sensory connection with the audience. 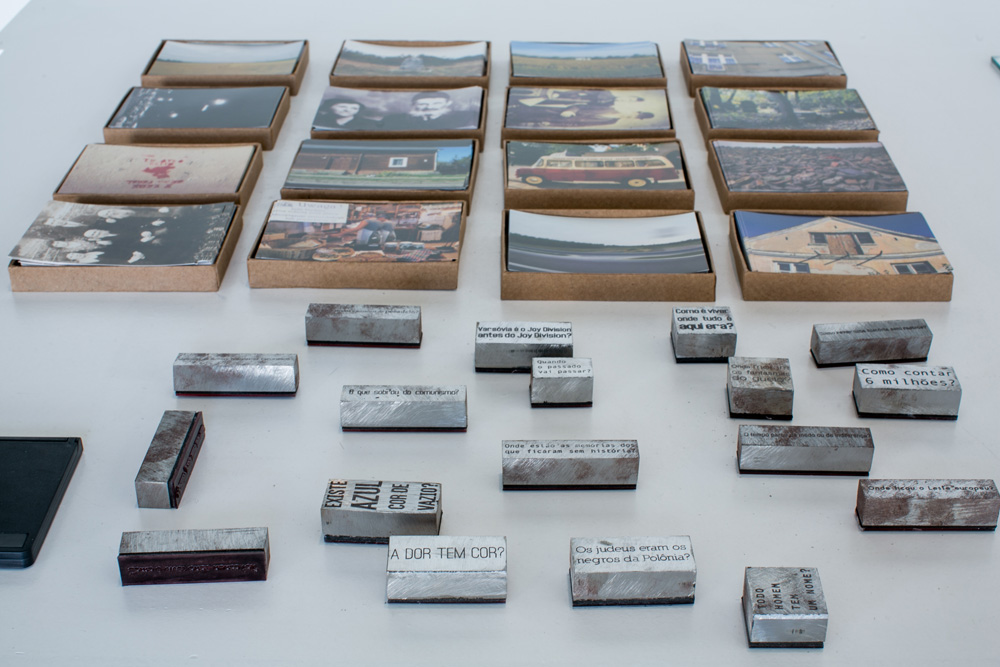 How heavy is a cloud? by Giselle Beiguelman, is a multimedia installation comprising video, audio, stamps, and photography that occupies Galpão VB prompting the audience to venture into a mysterious, unknown territory of family inheritance. Born into a Polish-Jewish family, Giselle Beiguelman morphs into a traveler of memories for this project, visiting her family’s home country and questioning herself, investigating landscapes and her own past, revising a traceless history, and ultimately creating a lyrically-charged piece of stark images. How heavy is a cloud? was commissioned by Culture.pl as part of a program to promote Polish culture in Brazil in 2016. 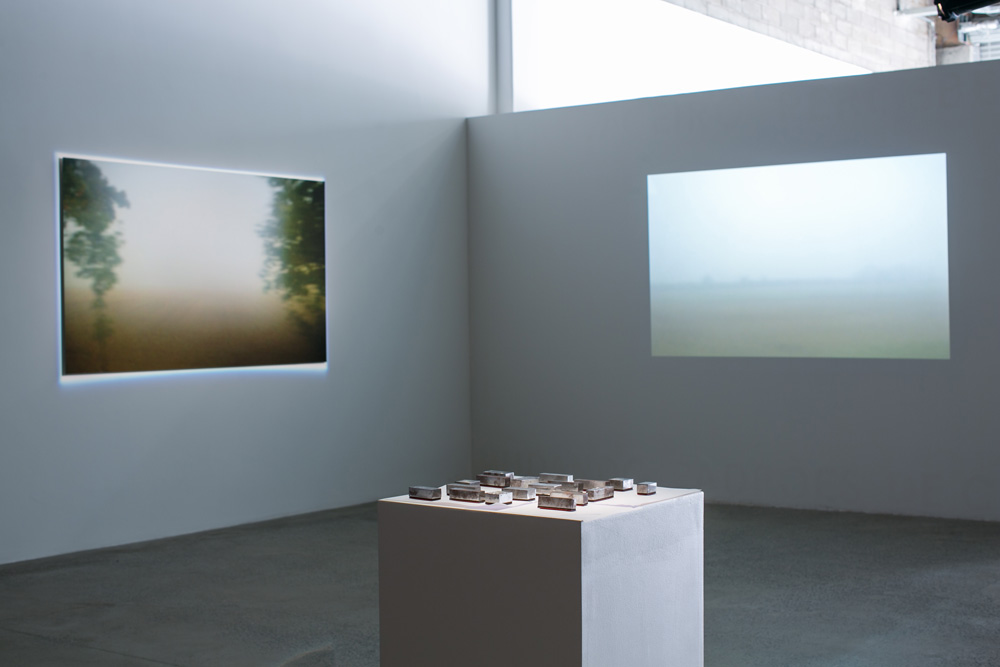 Giselle Beiguelman is a leading Brazilian artist known internationally for her landmark work in digital art and for the use of the internet and mobile networks in art practices. Her work spans interventions in public spaces, network projects and mobile apps, and has been shown at major museums and contemporary art venues. Giselle is also a curator, an essayist, and a professor in the School of Architecture and Urban Design of the University of São Paulo (FAU-USP), where she does research into digital art conservation, immaterial heritage, and interface design. In one of her latest projects, the organization of the exhibition Memória da amnesia [Memory of Amnesia, 2015/16], she turned her attention to São Paulo city monuments, in an action that discussed the politics of memory as “politics of oblivion.” Now, in the exhibit at Galpão VB, the artist sets her sights on her own history, in a quest for images and registers of memories, objects and impressions from her reconnaissance trip to Poland. (from the press release)