Gregorio Samsa. The Sound and The St 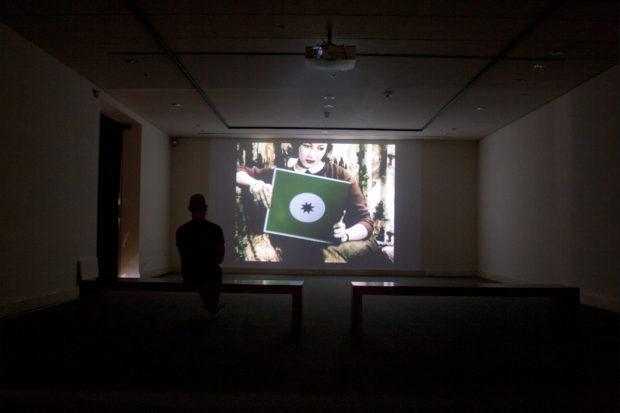 The double identity-making, the double between real and virtual, between physical and digital matter, between traditional and contemporary. These are just some of the opposites that Gregorio Samsa swings from. A duo that acknowledges its own philosophical and creative dichotomy in a single artist, becoming a single entity with post-modern passion and creative mindsets that are active within information and the image. Pre-existing content leave room for re-mixes, manipulation, transposition and transformation. In the case of Gregorio Samsa’s work, the results are totally ingenious and original – standing between two separate periods of time. The past finds new life in the contemporary and in a circularity of events and mutual contamination. 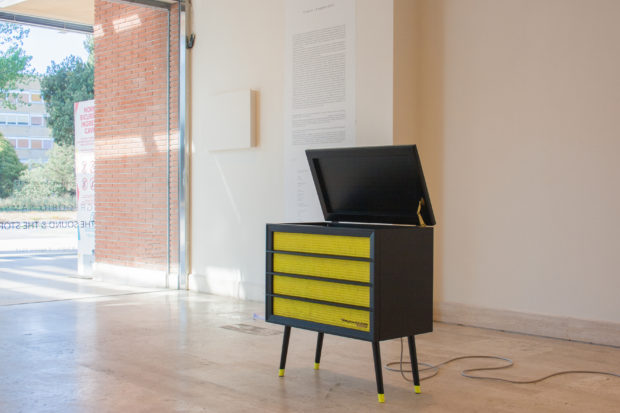 Gregorio Samsa’s work (and his work methods) has come to the exhibit areas at Rome’s Auditorium and is making its mark with The Sound and The Story, an exhibit and project set up around the advertising documentary of the same title produced by the RCA record label in 1957 which demonstrates sound production and distribution process. Samsa’s work converts the concept to present a film about silence.

The aforementioned double-effect is not lacking in any of the works on display. On a whole, duality is always present as the point of convergence and the backdrop which takes off from the history of sound but various processes of manipulation and subtraction lead to the so-called history of silence. 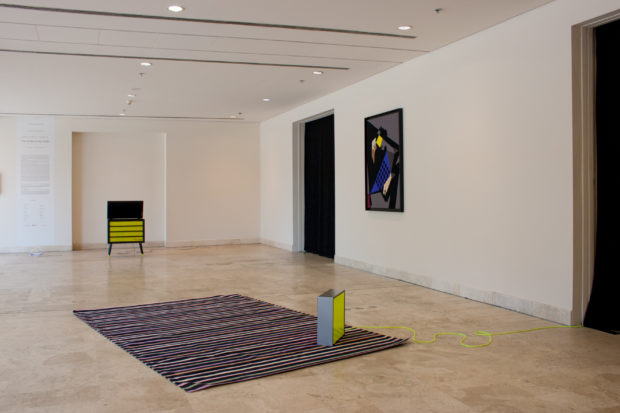 Objects and installations materialize in the 1957 film downloaded from YouTube by the two artists who manipulated it inserting and removing a variety of elements. An original record player made the same year as the film is “playing” a 33 rpm of “silence”, the kind of silence that not only recorded space (as John Cage taught back in the 50s) but the vehicle itself: when the silence in the recording studio meant the scratchy sound of the needle on the vinyl. 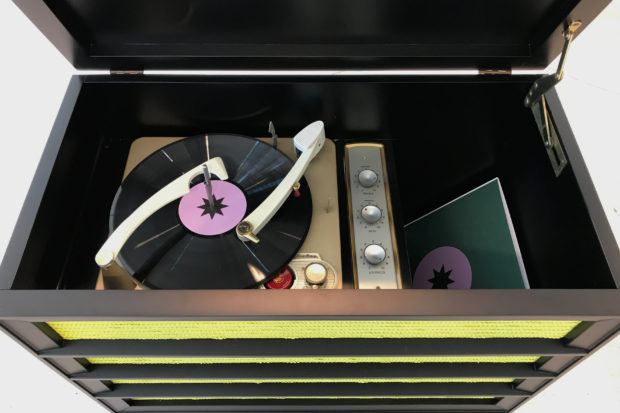 Content becomes objects and objects are absorbed in the content in a pattern of reciprocal fusion. Pop-style shapes and colours draw us into an open-ended analysis that could lead to numerous considerations and associations. 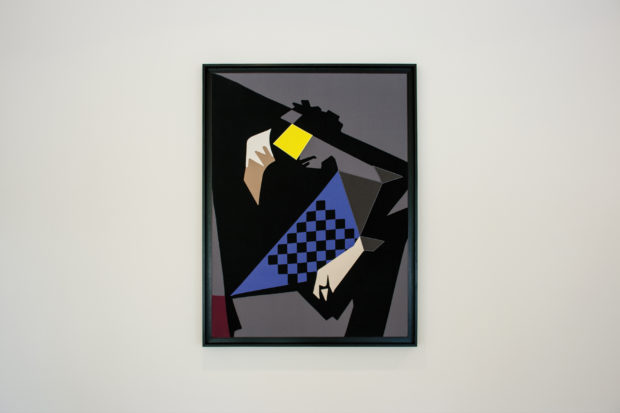 In the room, we admire Nero Singing (2016), a collage of coloured fabrics and, intrigued, approached it to get a better look at the artistry of the stitching. We had to stop and reflect further, once we realize that the geometrical composition results from software’s processing of the scene in Quo Vadis where Nero is deep in thought. 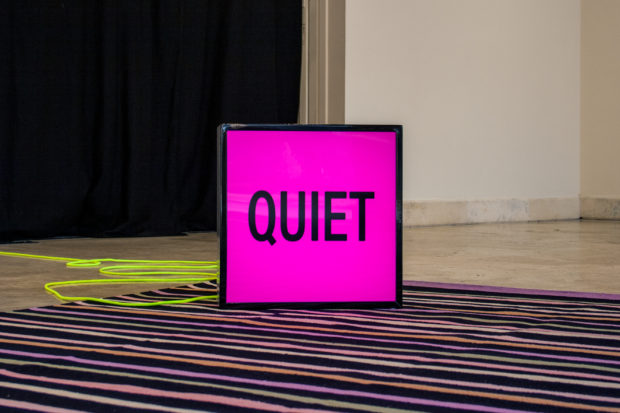 There is a hand-woven Kilim (2016) in the middle of the room with the work Quiet (2017) set on it: a luminous recording acts as a warning signal that designs a pattern of bright colours and lines which blends in with the rest of the exhibit, including the record player, manipulated with the intervention on some of the trim on the wooden piece of furniture which has been painted in a bright colour. 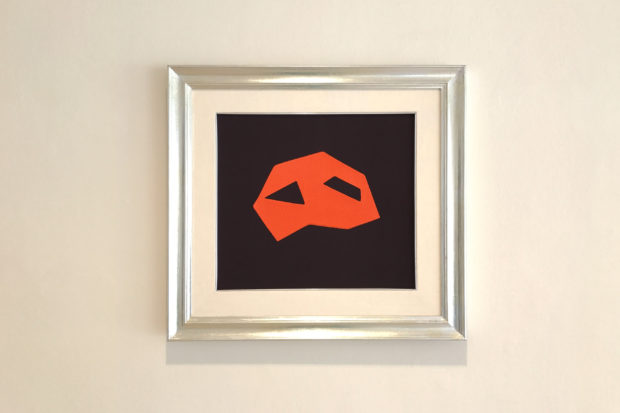 All of this, along with the embroidered cloth entitled Sunset (2016), is featured in the film where these objects appear in several scenes as they blend with the original content. The screening room becomes an encapsulation and the project’s control room. It is here that we find the double wooden sculpture of the artists Autoritratto – Self Portrait (2017) that often occurs in their manipulated films as well as in space. 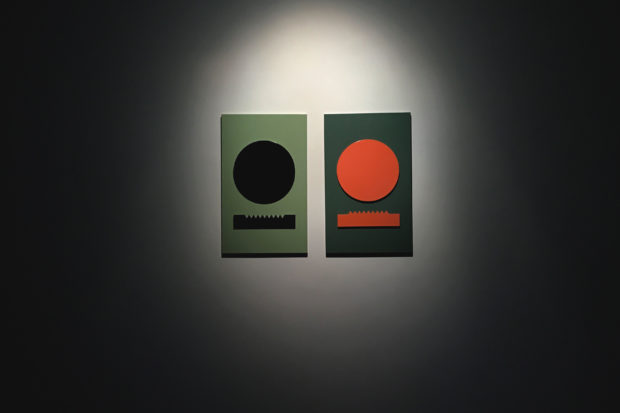 «The ambiguity of logics – as stated in the essay accompanying the exhibition – is the dominant aesthetic trait. The artist is not interested in the truth but rather in the verisimilar – that ambiguous area between reality and paradox, the shadow line which subtly separates false from true – which appears to be true and therefore could actually be true or held and accepted as such» . This is an exhibit that is to be listened to, a search for sounds and rhythms, the ones revealed within the grooves of the vinyl as well as the ones built in the orchestration of shapes and colours of the features installations and manipulated objects.

Gregorio Samsa, «The Sound and Story», curated by Anna Cestelli Guidi within the project One Space/One Sound 13 Auditorium, Rome, until August 3, 2017