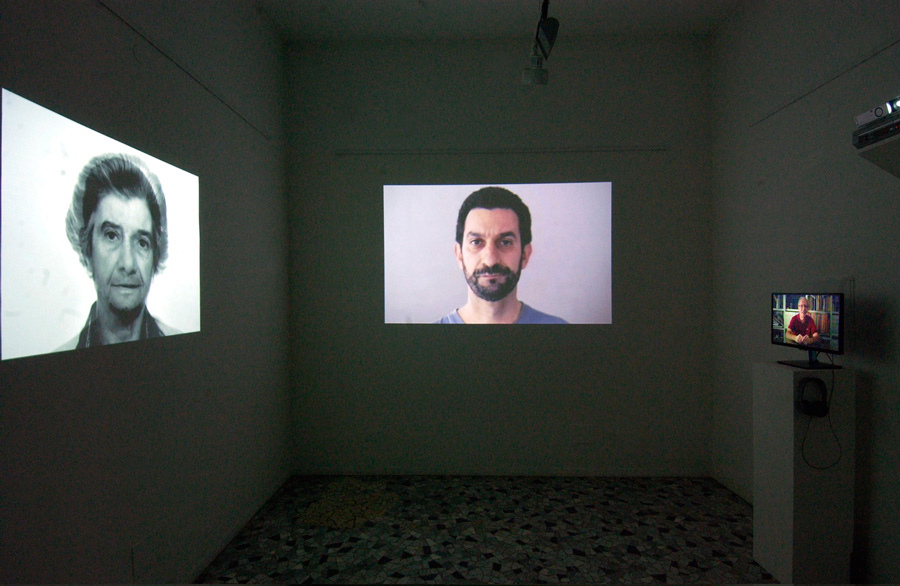 Nato a Formia e residente a Roma is the title of Iginio de Luca’s solo exhibit curated by Sabrina Vedovotto on display at Rome’s Gallerati Gallery. There are many biographical elements to be seen here.  The choice of video works and photographs on exhibit clearly offers traces of the artist’s personal history. A propensity towards a relationship with art that lends itself to an autobiographical mood. This all leads to the intimate dimension of tuning into the past on order to reclaim it. Elements such as these are crucial to much of Iginio de Luca’s work.

The idiom of videos is used with prevalence to grasp reality. The here and now of past events are transposed into a new dimension and ferried towards the profundity of today. The images united in these works are related to past situations and emphasize a portion of a story that took place years ago. The shift into the present expresses the need for modernization and is felt in every passage. 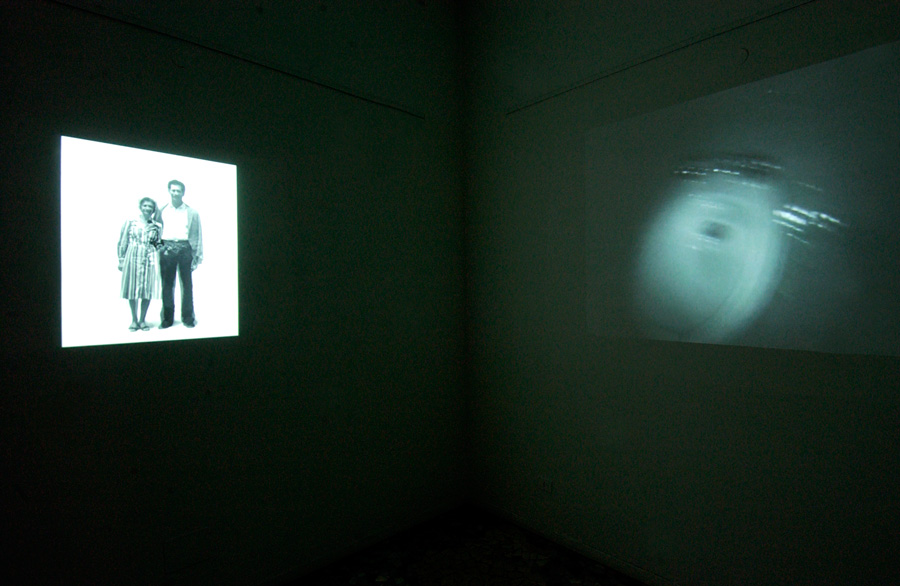 Beginning with a video created in 2010 – which gives the exhibit its title – we are introduced to a circular mnemonic itinerary. The filming of two landscapes facing one another in a specular dimension offers a double simultaneous vision on a screen cut in half. Images taken from the hospital in Formia (the artist’s place of birth) and his current studio in Rome bring his origins and his daily life together.

The visual works of Iginio, who is also a musician, extend to and include musical means of expression. An example of this is his video Se penso a quel giorno 1974-2011 [When I think of that day]. The connection to his personal history is established by a recording of his singing. Iginio’s father had taped him singing when he was a little boy and the artist «updated» the piece by lip-synching as an adult. The new interpretation is perfectly synchronized and re-interpreted. The divergence between the image of Iginio as a grown man and the high-pitched voice of Iginio as a child conveys a sense of nostalgia curbed by cheerful and childish playfulness. The mimicry and visual results also create a shift in mood.

The persuasive detail of recognizing himself in the features of his parents and retracing the places in which they lived characterize and identify many aspects of the works on display. Intimate recollections are diffused into the immeasurable territory of memories while the places and faces of his personal history are the roots binding the terrain of recollections. This can be seen in Autofocus (2006), a video/self-portrait in which the face of the artist overlaps with alternating close-up photos of his father and mother in a reawakening of expressions and resemblances. The union of these faces and the fusion of facial features lead to the rekindling of an indissoluble tie. 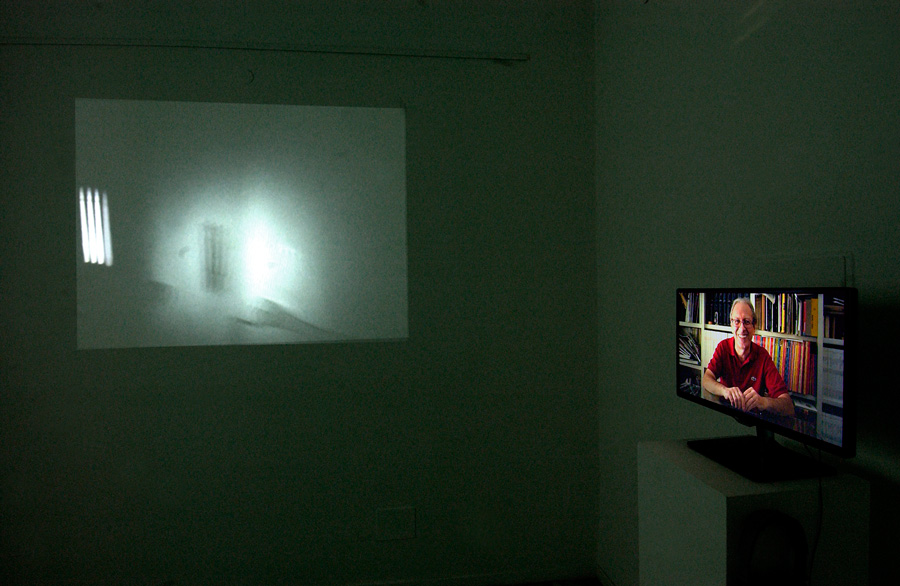 De Luca establishes a relationship of proximity with his own history once again by filming the rooms in his parents’ apartment – left empty since their death.The artist filmed the rooms of his home for Homedoppler (2006). Infrared photography was used here as he filmed the dark, closed rooms no longer in use. The video camera moves from one room to another in search of fragments and memories, much like an endoscopic tool. The solemn and amplified sound of an ecoDoppler supports the profound and emotional link created by this wandering through empty spaces with the rhythm of a heartbeat to articulate the intimate relationship shared by memories and our deepest selves.

The next witness is the artist’s cousin whose voice is heard in the 2014 work Oplà siamo arrival [Oops! We’re here] as he tells stories over a speakerphone of the de Luca and Rossetti families. (Rossetti is the surname of the artist’s mother.) The orally transmitted story was filmed over a period of forty minutes and the anecdotes are told by the person who is called upon for direct and indirect testimony – he enjoys his candid participation very much. Iginio de Luca thus becomes the listener of his own story, his origins and the transmission of those memories which are both a personal commitment and the human condition.

Here and Now, with Bianco-Valente