Luigi Pagliarini's polyphonic operAtion this time takes shape in a fable that tells, with simplicity, the complexity of the cosmos

There is nothing more difficult than writing a fable, the art of finding simple words to communicate something complex or just to express a different idea.

In this artistic pro-vocation promoted by Luigi Pagliarini (LP), the challenge is to create a choral operA(c)tion where writing is transformed into music and visual language. LP’s polyphonic operA(c)tion dedicates each image forged by Federico Galdiero’s artistic sensibility to the production of imagery through the opening up of parallel sensory worlds. LP gives us a psychedelic journey, beyond Alice in Wonderland’s rabbit hole, beyond Hitchcock’s Vertigo, beyond Cobb’s mind in Inception (Christopher Nolan, 2010): a thrilling Inside Out. 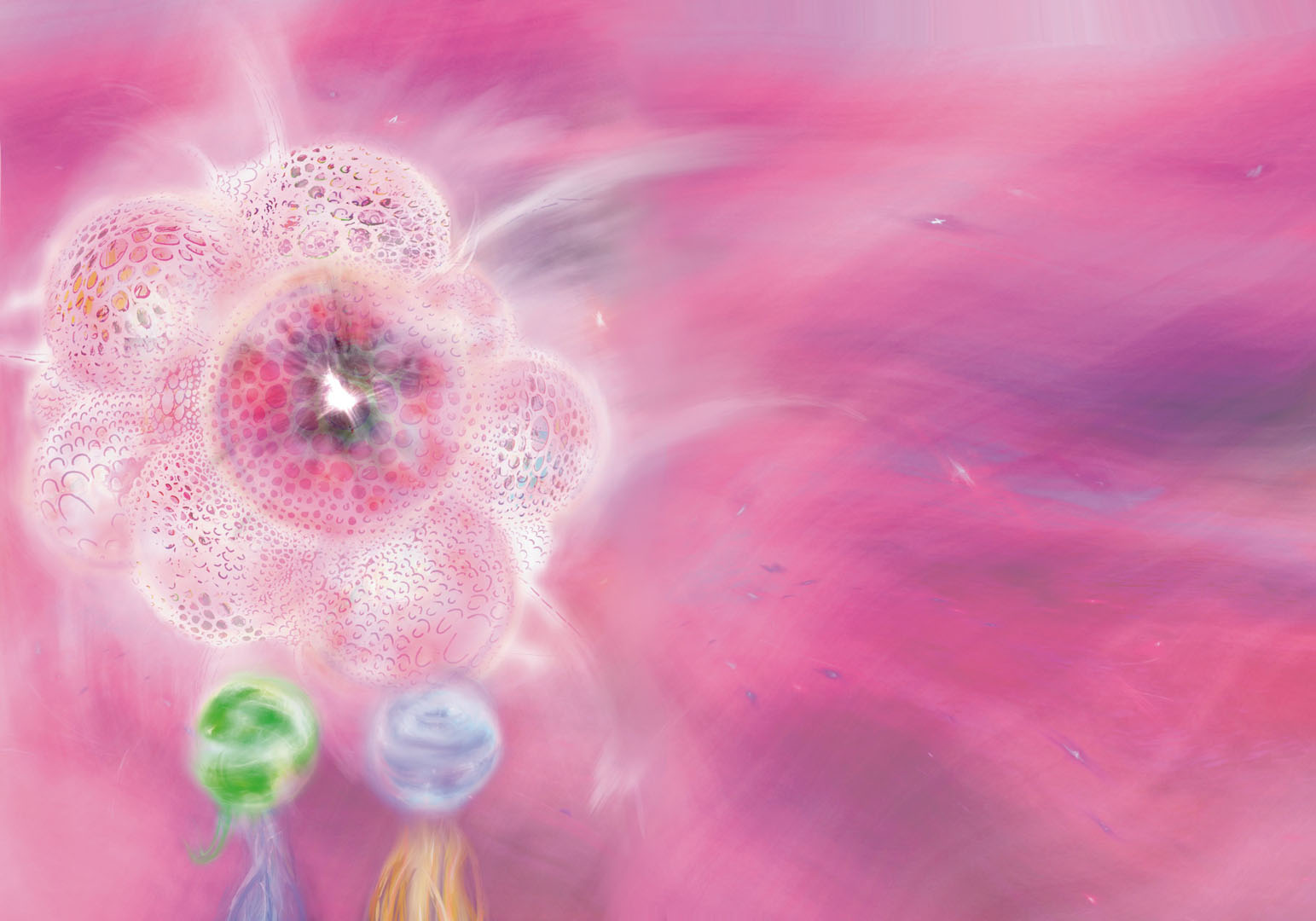 As a fable, Pagliarini’s fable contains pulsating energy and visions of the world that have never been told or perceived before. The fable architecture promoted here is a re-visioning of the past-present-future, an upside-down without demogorgons or secret passages, where pre-conceptions and stereotypes are dismantled and the ‘innocent’ reader can finally understand the existence of a direct and universal connection. LP’s ‘Sensory Thinking’ promoted here shifts the point of view from an anthropocentric to a zoocentric, even an allocentric dimension: a very special attraction of living creatures. Pagliarini’s Opera Aperta inhabits organisms which are both outside and inside, orienting and disorienting us, where the body itself is configured as a universe: a self-propelled terrarium.

The metaphor used by the Italian artist and psychologist allows us to investigate the infinitely small, the microscopic, that in turn relates to the macroscopic, a profound and connected relationship. The “once upon a time” no longer exists, replaced by “there is and always will be”, escaping the anthropocentric craving to return us to a choral, sprawling molecular thinking. The sentiment of Pagliarini’s fable-bad fable lies in the chorus. 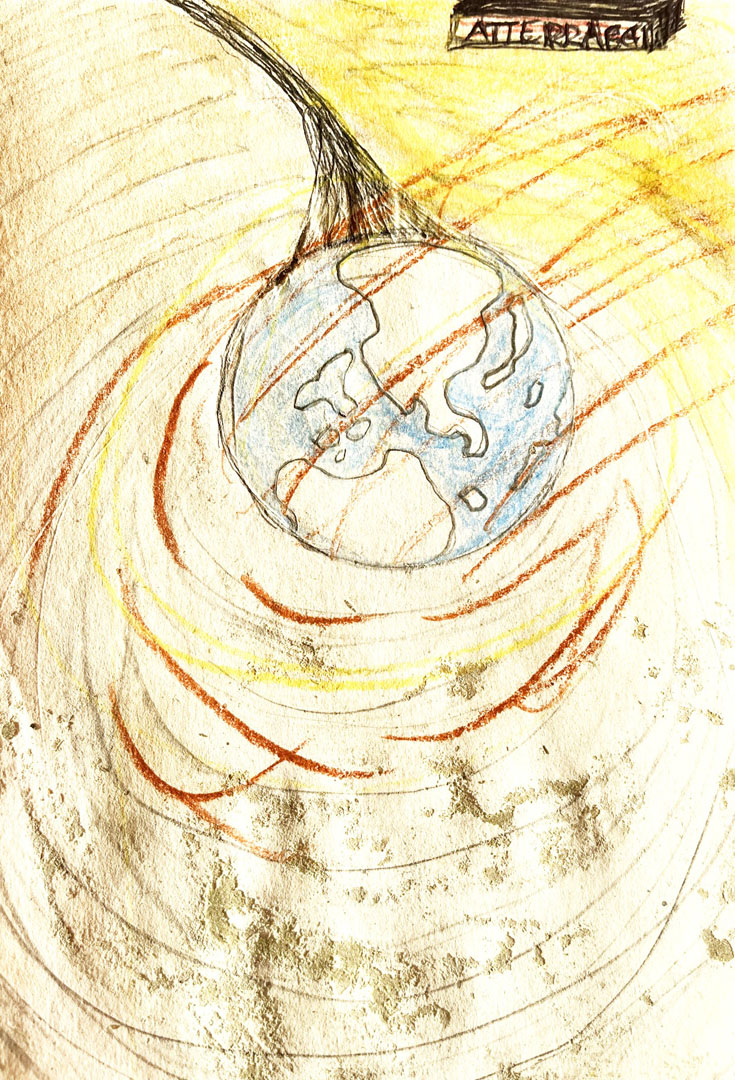 The author is not aiming for a happy ending. There is no happy ending, let alone an ending, which also goes against the nature of fables and social imagery. An awareness (and unawareness) not to get us used to, but to get us out of the habit of a new, renewed feeling of adherence to a multi-dimensional reality. In the Flatland created by Pagliarini, possible and impossible dimensions of living systems emerge. A planetary Bing Bang, a body cosmology generating central peripheries and peripheral centres: everything connects in an evolutionary atmosphere. Luigi Pagliarini’s atmospherics open up a generative Planet-Mind, an explosion where everything is born, grows and dies. Bing-Bang echoing in and out. The fragility of living systems – from bacteria to fungi, from plants to flowers, from animals to humans – all belong to Pianeta Mente (‘Planet Mind’). Atmospheres mingle, connect, inhabit and contaminate each other: a transcendent gravitational attraction. Pagliarini promotes a collaborative, connective intelligence where universes of parallel relationships generate compositional codes that allow us to appreciate the feelings of the World. Pagliarini’s great challenge is a dream come true, to give those who know how to listen (children) a different way of looking at and experiencing the smell of the Earth, the feelings of the world, the territory of atmospheres, the constellations of the mind. 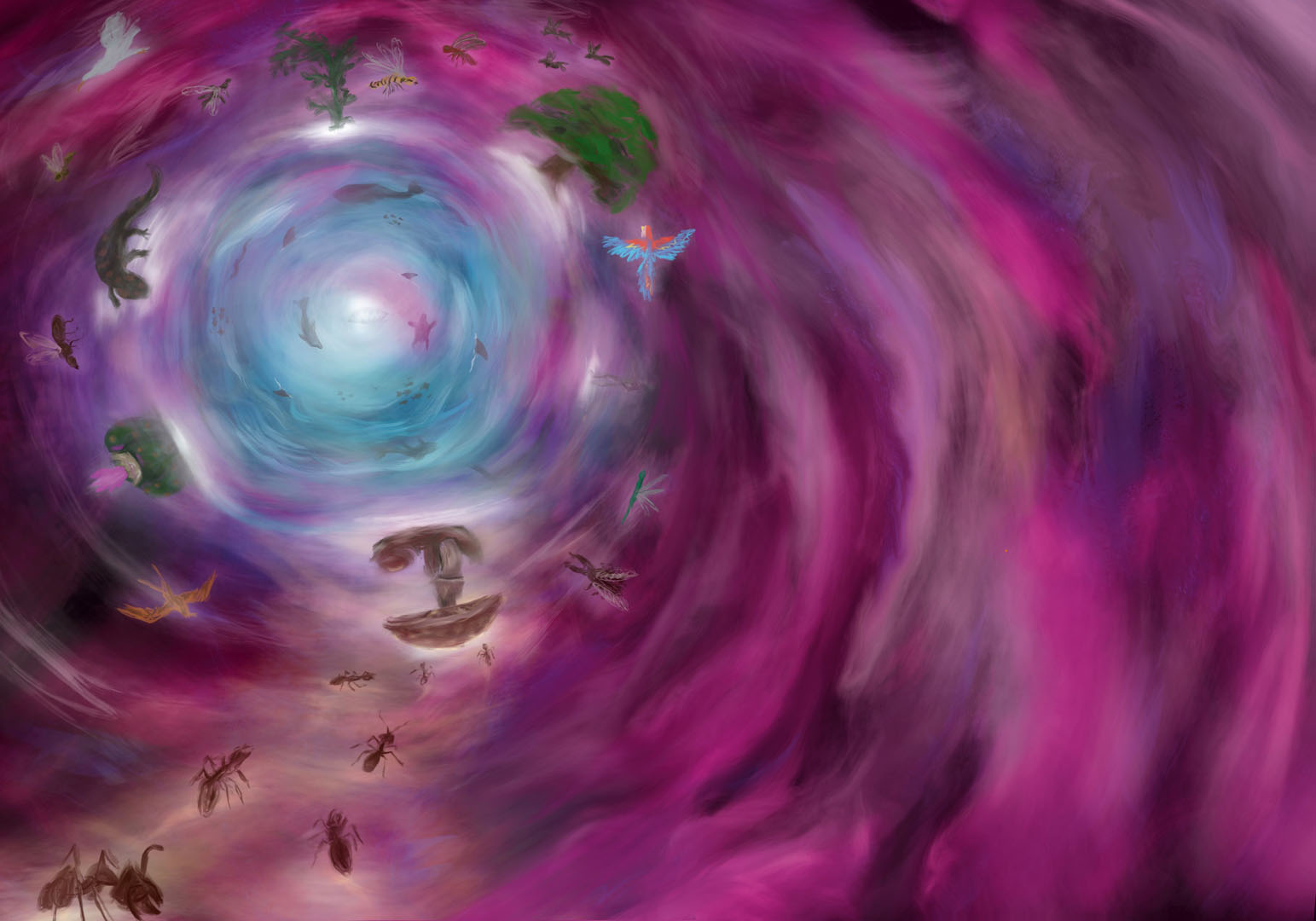 LP’s masterpiece is a crazy atmosphere where we all come to realise the powerful connection between living planets and satellites of the mind. We can appreciate the ultimate destiny of the universe, its end (‘Bing Crunch’), only if we take children as our starting point.

Pagliarini succeeds with choral feeling to embroider and weave a cosmological texture of the universe with a voice pregnant with life in its pre-powerful fragility.  Pagliarini from this point in the world ‘versifies’ for a PianetaMente (‘Planet Mind’) by gracefully extending his hand to children.

Sonic, resounding emotion – extreme moment of fragility. The fabric of the mind woven by bony breath and the gymnastic exercise of thought, PianetaMente (‘Planet Mind’) happens with authentic Energy. Luigi Pagliarini delivers us a Supernova to enlighten us, amaze us and make us fall in love. A continuous, transforming and circular rebirth. In its initial consonant Planet Mind gathers all the powerful soul of a double ‘P’ Pagliarini-Planet, where the depth of the consonant gives birth to a profound reflection on life and death, without being afraid of it, rather with a responsibility to recount it to those who are born and are transformed. LP is a sound-magic composition that continues in the dancing rhythm of planetary atmospheres that initiates a larger, more ambitious project marking the irreplaceable soul and courage that belong to Luigi Pagliarini, a lion’s heart, a snake’s skin and a samurai’s soul, with New Imaginaries that will produce out of his hat-Mind. Chapeau.
The tale continues …