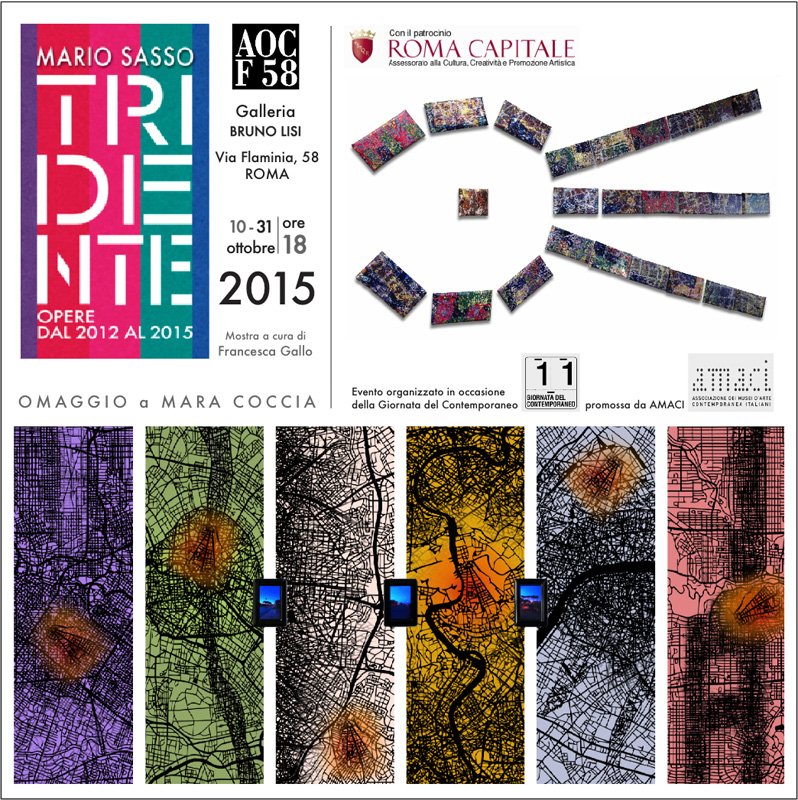 Maestro Mario Sasso (b. 1934, Staffolo), a pioneer of video art  and inexhaustible experimenter, is presenting his recent works dedicated to Rome – more specifically to Piazza del Popolo. These works originated with his passion for map making and his overlapping of different materials – from painting to videos. His creations are on display at the separate and non-profit area of AOCF58, a stone’s throw from those places and the long-time home of the artist’s studio, now and extension of the exhibit area.

One of the most illustrious exponents of Italian and international Video Art, Sasso developed his style in the fashion of Roman Pop Art and later worked for many years at RAI TV, developing their theme songs and designing their programming. Such a natural interest for communication and the urban scene is to this day the characteristic trait of his research and is evident in this recent artistic output – which begin with a street guide or overviews of the cobblestones. Upon this basis, Sasso intervenes with an electronic palette to create “paintings” made up of a tightly woven fabric of signs, colours and contrasts that suggest the material and immaterial flow crossing the city at all times. 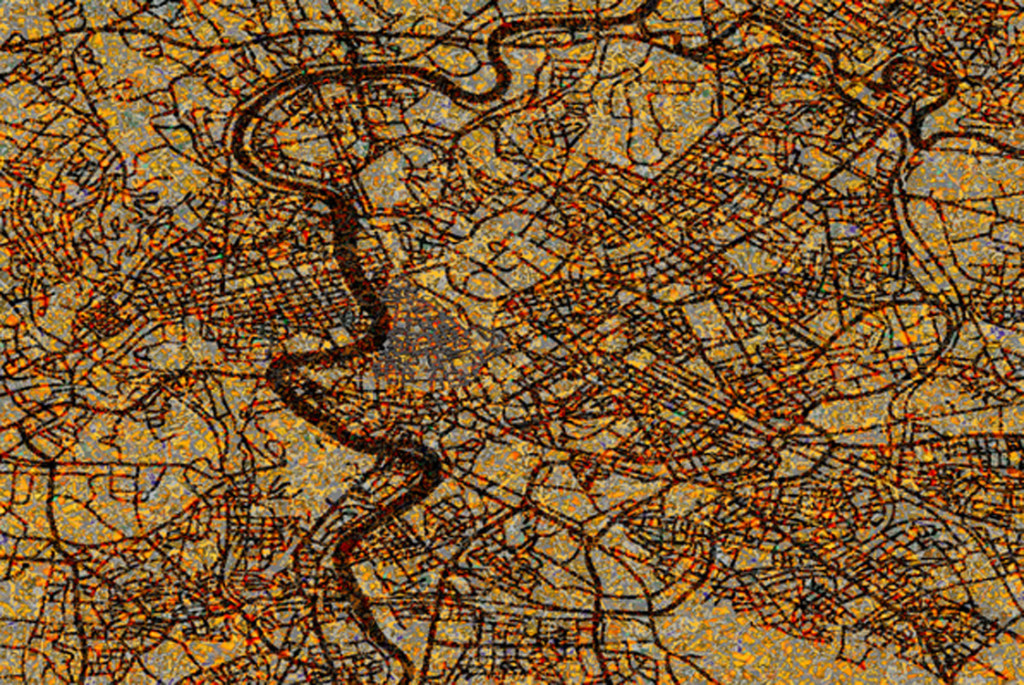 His Telecamera su Roma (1999) is also on exhibit. This famous video was shot while he was walking around the city with his movie camera on but it is completely independent of any binocular vision in order to make the places he visited unrecognizable. The result is a sensation of the way one witnesses the unending flow of things and people. (from the Italian press release)