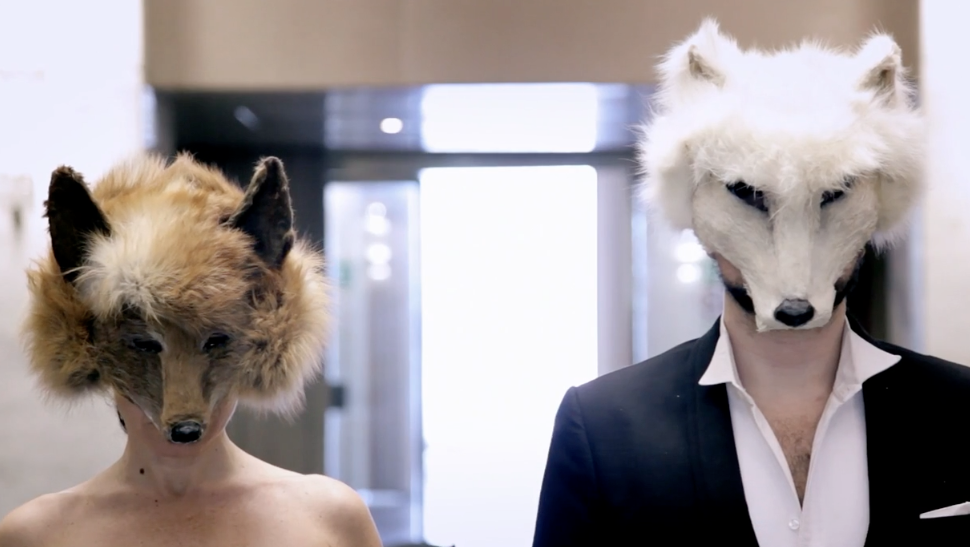 What drives a being, human or animal, to relate with another? This is the question that inspired the curatorial project New Social Animals (Nuovi Animali Sociali) which confirms, yet again, the presence of contemporary art in this edition of the Rome Meets the World Festival hosted at Villa Ada. Forms of social interaction are to be found in numerous animal species, from the most basic like bees and ants to more evolved species such as fish, birds and mammals. Their coordinated actions have several functions that range from improving abilities to find food or providing protection from predators from outside their groups to increasing the efficiency of motion and facilitating the possibilities of reproduction.

Luana Perilli has been studying social animals for several years, bees and ants in particular. Her works are a combination of art and science and they explore the mystery of life beyond biology in a fusion that often sets off mechanisms that function beyond the will of the artist. More specifically, Perilli builds sculptures that are actually habitats for the insects to endow the work of art (which lacks functionality by definition) with a practicality that cannot benefit humans – only animals. The artist is organizing a workshop for the inauguration on Sunday 5 July at 6:00 p.m. involving about fifteen children who can build their own formicary. Each participant will be requested to build what they see as an ideal formicary, reflecting collectively upon the idea of sociability and exchange. 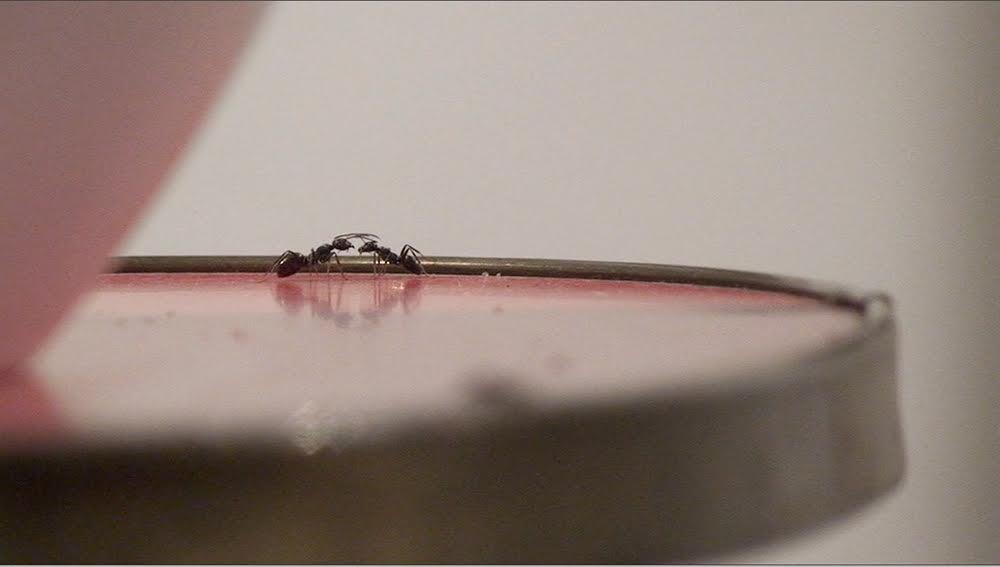 Social interaction guarantees the survival of individuals; it gives them a sense of security and makes them stronger, but in spite of the many positive effects, collective behaviour in complex societies has also proved over the centuries to be capable of producing monstrous aberrations. In one of his most famous books, On the Genealogy of Morality: A Polemic, Nietzsche defined man as a promising animal in that he is an animal capable of making promises. Among these ‘promises’, we can definitely include the affirmation of the existence of a transcendent reality and with that the belief in life after death – concepts which have been used in different cultures since the dawn of civilization as extremely powerful tools of social cohesion as well as of control. The environmental installations by Simone Bertugno, Anita Calà with Studio A3P and Stefano Canto revolve around these issues.

With Tane (Antropoluoghi) (Lairs or ‘Anthro-places’) Bertugno will dig small ditches illuminated from the inside where figurines of ‘personified’ animals have been placed, small idols hidden in the earth, almost as if they were the ancient relics of an archaic and mysterious animist religion that has just come to the light. At the end of the exhibition period, the artist will direct a performance structured as a kind of collective ritual in which he will cover the ditches and bury the idols definitively. Small terracotta urns will be buried alongside the figurines. The audience will have placed an object (in metal or another durable material) inside the urns and these pieces are all destined to be recovered in a hypothetical and undeterminable future as archaeological evidence. 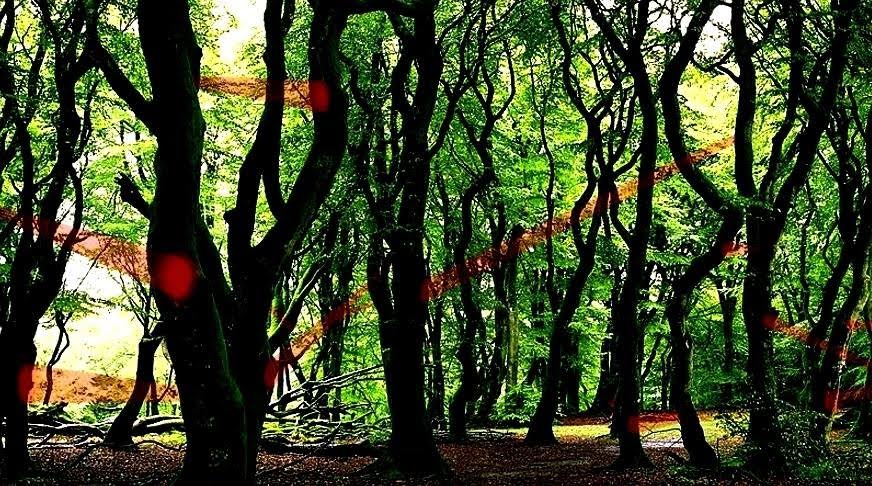 Anita Calà, whose work revolves around issues linked to the body and the individual and collective identities – often focused upon the importance of physicality and body language when relating to others, proposes an environmental installation created with simple lit signals positioned on the trees in the park. The lights point from one tree to the next and are reflected from mirrors placed in such a way as to reflect right back. These construct a chain of red lines which unite one end to another and create a pattern that is luminous and immaterial, yet visible. Anita Calà’s project interacts with A3 Paesaggio (Landscape), the ArborVitae project by the A3P architecture studio, committed to promoting biodiversity and environmental sustainability. The A3P group has developed a project whose main objective is to promote the renewal of death-related cultural practices through the creation of green cemeteries in which the ashes of every cremated corpse would be buried in a completely biodegradable urn and placed at the foot of a tree dedicated to that person. This way, the person lives on through the tree and becomes a part of that cycle of nature which is unending and thus immortal.

Lastly, Stefano Canto has created a poetic and evocative environmental installation in the shape of The Great Bear by using refractive roadway markers. Humans have been fascinated by the stars since the beginning of time. The need to understand, define, classify and put phenomena into order has driven human beings to group stars together in such a way that they could be recognizable. This same desire to find familiar shapes in the sky that can also be found on earth is the origin of the names given to constellations in ancient times, many of which were inspired by animals. When the sun sets, the constellation will shine on the pond at Villa Ada like a group of stars that have fallen from heaven and are suspended on the water’s surface.

Other issues addressed at Nuovi Animali Sociali are: the way power is exercised in the field of social interaction and all the other contradictions inherent to the very concept of sociability as the contradistinction between individualism and the sense of the collective, collaboration and competition and being open or closed to others. In this regard, Elena Bellantoni and Mariana Ferratto are presenting a new performance on 18 July at 7:00 p.m. which is part of the Passo A Due (Pas de deux) project developed during their residency at Milan’s DOCVA which addresses the issue of the relationship of strength found within relationships. 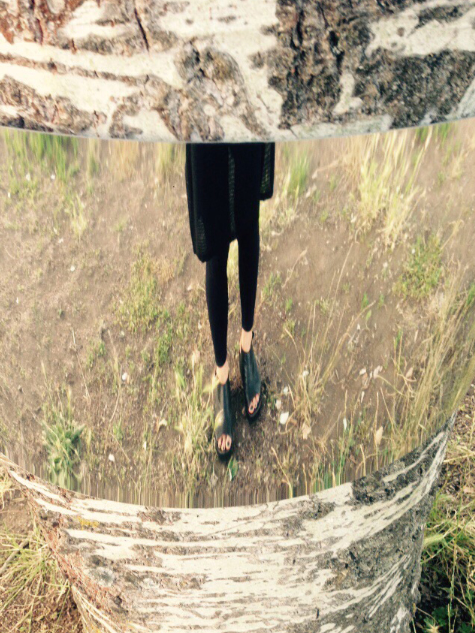 Filippo Riniolo, whose work revolves around socio-politico issues in the field in which the mechanisms of relating to others are essential aspects, will present Preghiera in Gubbio (Prayer in Gubbio), a sound installation inspired by one of the stories from the life of Saint Francis. More specifically, the famous dialogue that the saint is said to have had with a wolf. According to legend, Francis approached the animal which was frightening the town with its aggressive behaviour and delivered his message of peace to it. The wolf was tamed and became docile and harmless. Riniolo’s work reproduces the amplified sounds of a wolf with four interconnected speakers to represent the prayer of the saint as imagined by the artist, practically materialising the concept of ‘Ani-mot’ coined by French philosopher Jacques Derrida. Having demolished the linguistic boundaries and the barrier of incomprehension that separates them, the man and the animal are no longer standing one in front of the other. They have become a single entity as the result of having cancelled the differences between them. (from the press release)

The German Academy in Rome. A multi-disciplinary Mosaic.