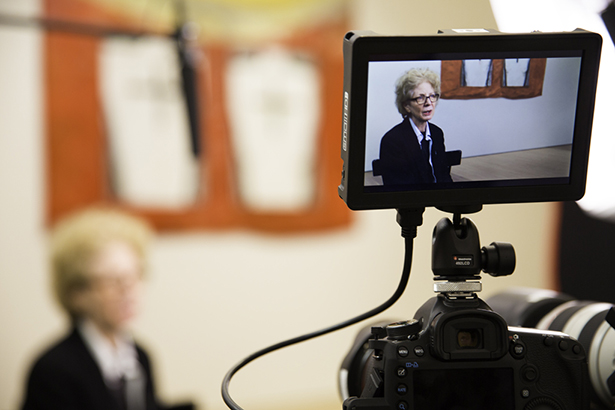 Media sources are in constant progression. This is not exactly groundbreaking news. There are times in which the shift over to new tools and methods (which exist within the flow of their own evolution take shape and begin to assume a “perceivable aspect” ) needs correlation in order to find some common ground – if only made up of variable standards and in their unending process of putting together and taking apart – to be born over and over again through the sequences of technology and means of expression which are increasingly shorter and designed for an increasingly briefer existence.

Proof of this can be seen during the two conferences which have been organized for the month of November at the Winchester School of Art – University of Southampton and London’s Tate Gallery respectively.

The three-day “Media in Transition” conference will open with a lecture by Susan Hiller, Runa Islam and Hito Steyer. Thanks to the support of the Getty Conservation Institute, Getty Research Institute and Tate, this event will promote interdisciplinary discussions related to the specific works of artists like Joseph Beuys, David Lamelas, Gustav Metzger, Nam June Paik, Bruce Nauman and Julia Scher.

Following the format of the highly successful “Object in Transition” conference in 2008, this event will explore—through papers, panel discussions, demonstrations and dialogues—how the field is adapting and responding to these new forms of artistic practice, and how emerging modes of collaboration between artists, conservators, art historians, technical experts and curators can help advance the field. (from the press release). Lives of time-based works, modes of display, strategies of conservation and of documentation are among the discussed themes.

Media Theory in Transit was organised by Jussi Parikka and Yigit Soncul and will be held at the Winchester School of Art – University of Southampton on 24 November. This one-day symposium will examine the new directions taken Media theory. 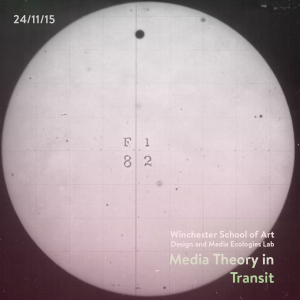 Media theory is in transit: the concepts travel across space and time, claiming new meanings for new uses along the way. We are not dealing with a static body of knowledge, but a dynamic, situated process of articulating knowledge and perceiving reality. Media theory crosses both geographical and disciplinary boundaries. It trespasses the border between Humanities and Sciences, and is able to carve out new sites of knowledge. It moves across conceptual lineages from human to non-human, and supposedly distinct senses such as sight, hearing and smell. Media theory is not merely a reflection on the world but an active involvement that participates in creating the objects of interest.

This event investigates such conceptual, geographical and sensorial passages of media theory. The talks address contemporary media theory and issues that are now identified as urgent for academic and artistic practices. The speakers represent different fields of arts and humanities as well as media theory, and engage with the question: how does theory move, and itself occupy new areas of interest, across academic fields and across geographies, in which theory itself is set to be in movement.

The simultaneity of these events, all of which address the new frontiers of research in the field of Media Art, mark an important period of the rethinking, reformulation and reorganization of constantly evolving theories and practices – running parallel to the development of means and technological culture and their consequent methods.