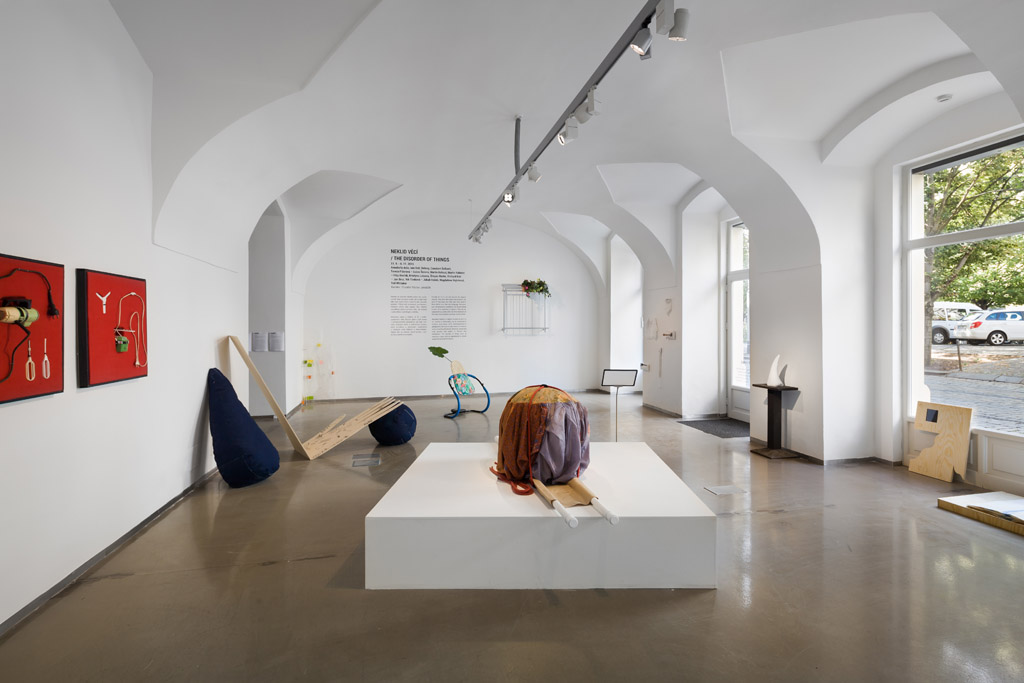 Valentina Gioia Levy: According to the American curator Steve Dietz, who founded the new media art program of the Walker Art Center in 1996, New Media Art involves interactivity, networks and computation and is often about process rather than objects. The exhibition that you curated in the Kvalitar Gallery challenges Dietz’s ideas and focuses on the fact that in recent years we are witnessing a renewed interest in the objects around us. This new materialism is symptomatic of the current attention that social sciences and visual arts are starting to pay to the relationship between virtual and real and between human and non-human. The exhibition’s concept is influenced by the recent trend in philosophy, called Object Oriented Ontology, according to which things are at the center of being. How did you relate it to the idea of post-internet?

Vàclav Janoscik: I believe there is a mutual relation between both these fields. Regarding object-oriented thinking and new materialism, I find their potential and resource in reflecting our present experience with the current media and the Internet. Of course this goes far beyond and indeed against any sort of enthusiasm about these media and it presents instead a certain disillusion, represented by the concept of post-internet. From the perspective of art production we can see great reluctance and  a rejection of the concept of post-internet that had been gradually exploited to cover very formal and superficial strategies. I try to get back to the original spin of the concept and to grant it some solid referential or even theoretical value; namely to tie it to this very indirect, peripheral yet immense dynamism of returning to the material and  the objective. Post-internet marks a certain detachment from the virtual or its re-inscription to the physical world around us.

To speak more specifically about my project; my aim was to lay out the dynamics of a ‘return to the object’, both in theory and in art, and to open the opportunity for their dialogue. Both tendencies have some shared motivation; besides our present experience with new means and forms of communication, this is mainly an environmental crisis. In other words, my rather positive approach or rereading of the problem of post-internet, which has been abandoned by most of the art world by now. 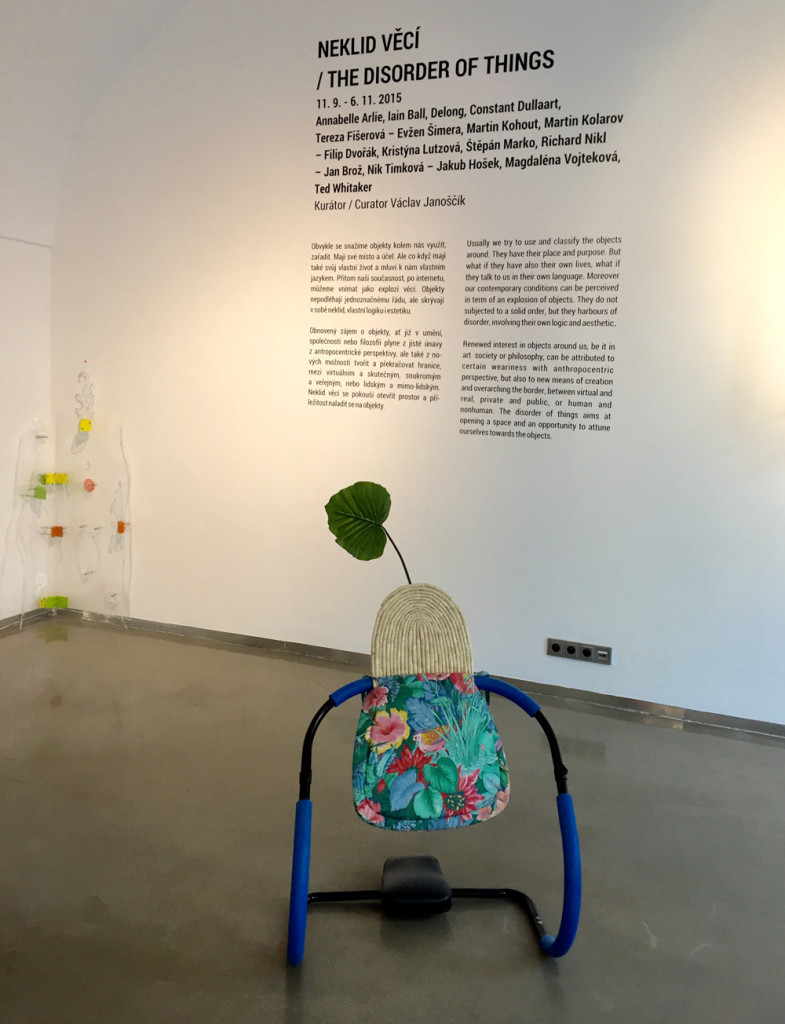 The exhibition is deeply connected with your book, OBJEKT, would you tell us more about it?

The book Objekt, and indeed objects in general, involve a long and complex story. In general my ambition is to somehow connect the art world with the sphere of philosophy or humanities. Therefore it has been really tempting not only to frame the exhibition by certain theories but also to use the occasion to stimulate dialogue by providing some initial infrastructure in the form of the book. In this respect it is symptomatic that the first text available in Czech revolving around speculative realism, object-oriented ontologies and new materialism actually comes from the artistic sphere. Anyway the whole book itself took me only three months to organize, translate and edit, which is  a remarkably short time. I did this by bypassing the whole academic and publishing infrastructure and getting most of the work done myself. It somehow adheres to the different time of objects. Anyway the goal of the book is to initiate the discussion around Object Oriented Ontology, Speculative Realism and new materialism in the Czech environment; as such it presents some introductory texts and some of the essential concepts; like the “running” towards the object, the very genealogy of Speculative Realism, the foundations of a multimedia computer, the specificity of our online agency or theory-fiction genre. 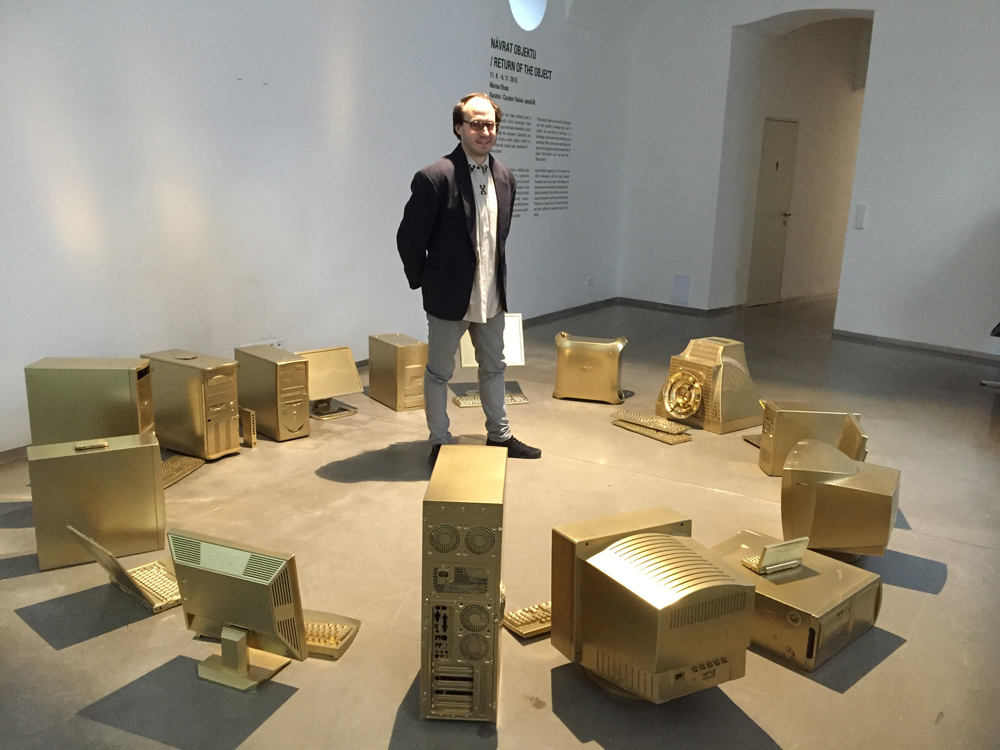 The first part of the project called “The Return of the Object” consists of an installation by Marisa Olson consisting of a number of computers and laptops depicted in gold. Did you personally choose this installation for the show, or was it Marisa’s choice?

It began with a conversation between me, Marisa Olson and Martin Kohout quite some time ago. When the opportunity to have an exhibition in Prague occurred I really tried to find some solid framework for the problem of post-internet in order to avoid mere repetition of supposedly post-internet forms. Therefore from my point of view I have outlined it in the quite precise dynamism of actually getting off the internet, as mentioned above. This involves a recuperation of the material or object-like. And this rhythm of a “return to the object” fits the work of Marisa Olson and other artists and I think it indeed represents a certain tendency in contemporary art. 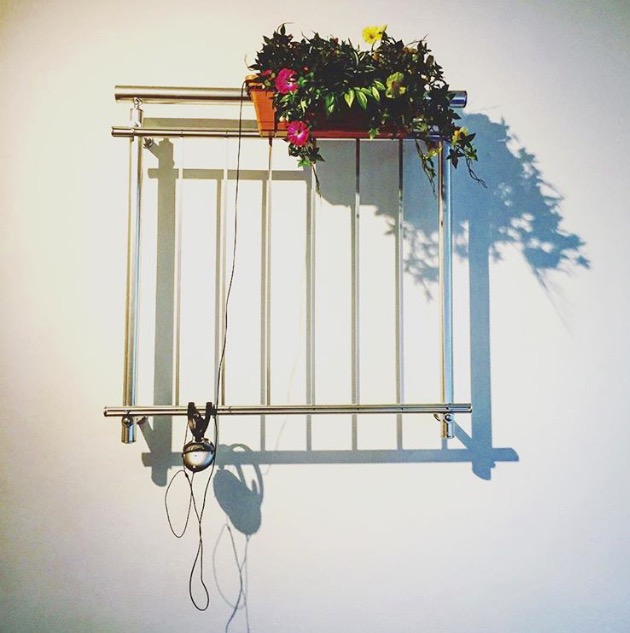 The second part of the project consists of a group show – entitled “The Disorder of Things” – which features young Czech artists and some well-known international artists like Constant Dullaart, Annabelle Arlie and Ted Whitaker. The title suggests the idea that some artists today share a ‘messy’ approach to the object. What is the reason for this confusion, in your opinion?

I won’t say that there is something particularly messy about objects in general, although the art piece Skinsmooth by Martin Kohout addresses this issue. My goal was to play out diverse approaches that contemporary artists take regarding the object. In this respect the title refers in a way to Michel Foucault’s famous book The Order of Things (Les Mots et les Choses). While maybe the biggest obsession of the twentieth century with linguistic terms or semiotics was to grasp the relation of words and concepts to things and art objects, now we are in a situation that increasingly thrives on letting the objects themselves expose their “nonhuman” expressivity. I guess this may appear a bit messy.

Finally, would you tell us something about Balcony, the work of Constant Dullart, which is featured in “The Disorder of Things”?

This particular artwork is significant not only due to its subtle articulation of the virtual space itself: entering the Internet we are both in our private and public sphere; as if on a balcony we may feel comfortable in our slippers, nonetheless we are visible potentially to anybody. Moreover the piece and its placement draws our attention to the hierarchy that is taking place online despite popular opinion attributing certain democratic or ‘horizontalist’ values to the Internet as information-highway. The visible and powerful place on the balcony can be assumed basically by anybody, but it retains its oppressive dynamism of active subject – passive consumer. Real dialogue instead requires a certain balance between being active and passive, between talking and listening. That was the goal of the exhibition in general: to reverse the regular course of action and to open new opportunities for the object to talk and for us to listen. 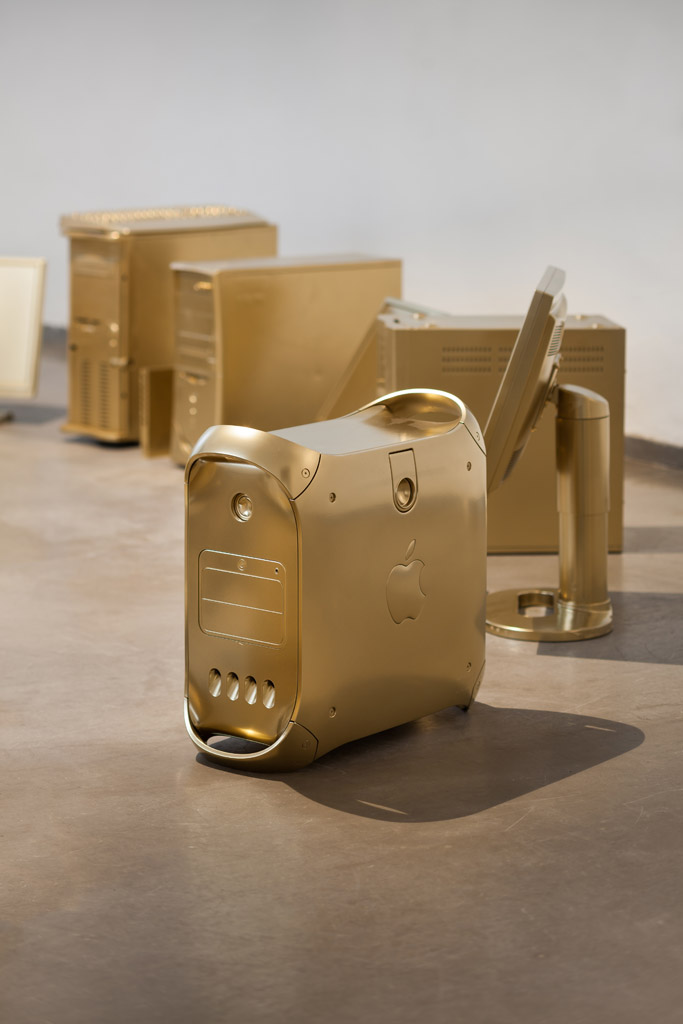 Call for artists > PIXELS OF IDENTITIES