Re:Humanism Art Prize is a prize aimed at promoting and publicising contemporary art works that relate to Artificial Intelligence (AI). The 11 finalists, three winners and special prize have now been announced, selected from over 200 applications, the result of an international call for artists. The title and theme is Re:define the Boundaries – in other words, the conceptual transformations of Body and Identity in the age of Artificial Intelligence and the political implications that ensue, new ways of producing knowledge and changes introduced by robotics and machine learning, the definition of an anthropological approach to AI and visions for the future of our Planet. 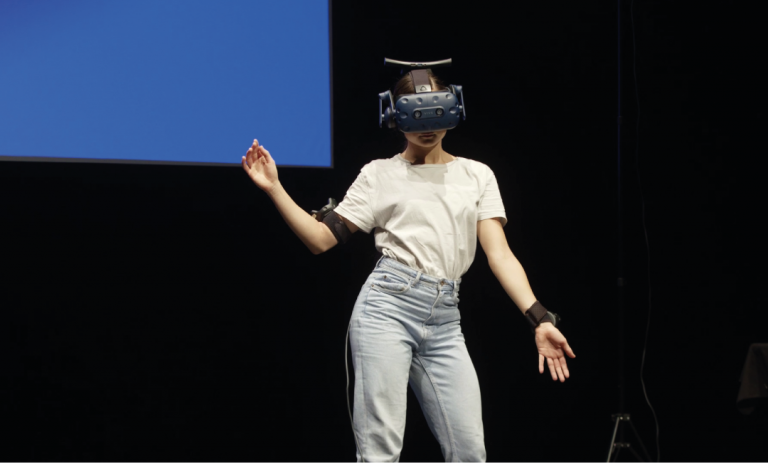 Let us take an overall look at the winning projects, without paying too much attention to the rankings, in order to understand what the emerging discourses and narratives are concerning the relationship between man and Artificial Intelligence. The aim is to capture hints and suggestions that may help us to programme our lives in view of a future where science fiction is soon to become a reality – where the relationship between man and machine will be completely redefined. The themes explored are as follows: man, extinction and memory (Irene Fenara and Manuel Focareta); the role of objects and everything that exists between the human and non-human (Yuguang Zhang); the intertwining of humans, animals, technology, sex and the atmosphere at the molecular level (Johanna Bruckner); the encounter between biology and sound to reveal its evolutionary aspects (Artificial Humanism); the interpretation of abstract inkblots by AI (Egor Kraft) and indecipherable ancient scripts (Mariagrazia Pontormo); the need to imagine new urban reconfigurations with the help of AI (Elisabeth Bowie); and the emergence of new mythological figures (Carola Bonfili). These are all themes that move away from the clichés associated with AI and point us towards the constellation of aspects revolving around technology which need to be considered. Having overcome the preconceived and outdated idea of the opposition between man and machine, man, body, identity and his function are reinstated as the central question. 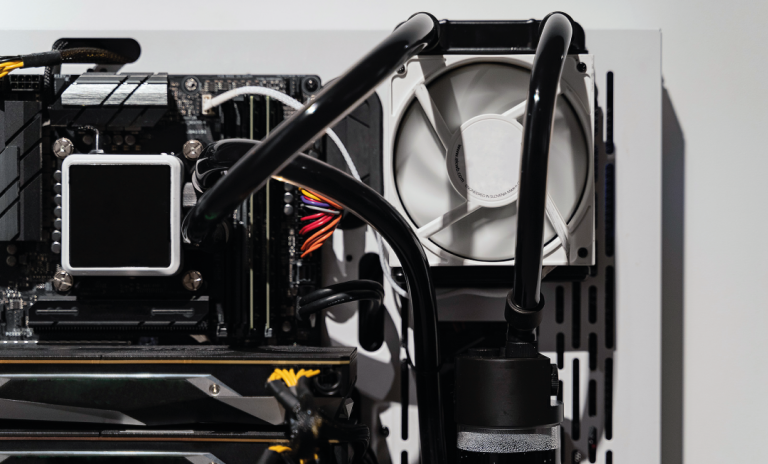 The works stimulate a reflection on how important it is for humans to carve out their own role, to recognise themselves even in a radically reversed relationship with the machine, from the imagination and creation of new mythologies, to the practical need to rethink urban planning and every single aspect of everyday life. The overall reading of the individual aspects each proposed work enables a reflection on the need to think about everything that revolves around Artificial Intelligence, going well beyond the technical-technological aspect. This is essential if we want to rediscover a role for man that is not purely marginal.  In order to conquer it, we must also try to enter into symbiosis with this new ecosystem which is becoming consolidated rather than configured. The work Beneath The Neural Waves 2.0 by Entangled Others (Feileacan McCormick and neural artist Sofia Crespo), which won first place, establishes a broad, literally ecosystemic perspective. It relates, in fact, to biodiversity and the relationship between species, digitally constructing an aquatic ecosystem based on the natural dynamics of coral reefs as “a perfect example of interconnectedness in the natural world where no creature is the main component; it is the interweaving of all the individual parts that generates the complex ecosystem.” The recurring patterns are translated into three-dimensional models, accompanied by generative ocean sounds produced by the sound artist TBD. These coral reefs also seem to evoke those embroidered in the setting of Donna Haraway’s latest essay, Staying with the Trouble. Making kin in the Chtulucene (translated into Italian by Nero Edizioni), an invitation to man to rethink his role in this new configuration of the world by overcoming all anthropocentrism, positioning himself in the Chtulucene, an era of multi-stringed, non-hierarchical thinking. 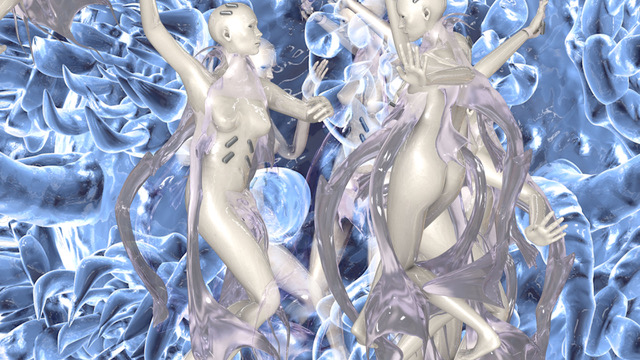 An interweaving of interrelated worlds is also at the centre of Francesco Luzzana’s Object Oriented Choreography, which won the Romaeuropa Digitalive special prize with a performance project investigating the relationship between the body and digital interfaces. This work will be presented during the Rome event next autumn. Once again, it is the complexity and the relationship with the whole that underpins the work. A performer wears a VR headset, becoming the eyes and engine of a constantly evolving apparatus made up of people, objects, digital platforms, electromagnetic signals, space and time.

Established in 2018 in response to the ever-growing need to reflect on the state of technological progress with particular reference to Artificial Intelligence, the Re:Humanism Art Prize has been created and put in place by the cultural association Re:Humanism under the curatorship of art historian and curator Daniela Cotimbo.

The artists and projects were selected by a jury consisting of art curators and experts in advanced technologies: Alfredo Adamo, CEO of Alan Advantage; the curators, historians and art critics Daniela Cotimbo, Federica Patti and Ilaria Gianni; the curator and art historian Valentino Catricalà, the artist Lorem and Michael Mondria, managing director at Ars Electronica; the researcher Mauro Martino, founder and director of the Visual Artificial Intelligence Lab at IBM Research and Trond Wuellner, Product Director at Google.

The selected works will be exhibited in Rome in May in a large group exhibition at the MAXXI – Museo Nazionale delle Arti del XXI secolo (National Museum of XXI Century Arts), while the winner of the special Romaeuropa Digitalive Prize will be presented at the famous Roman festival in the autumn of 2021.