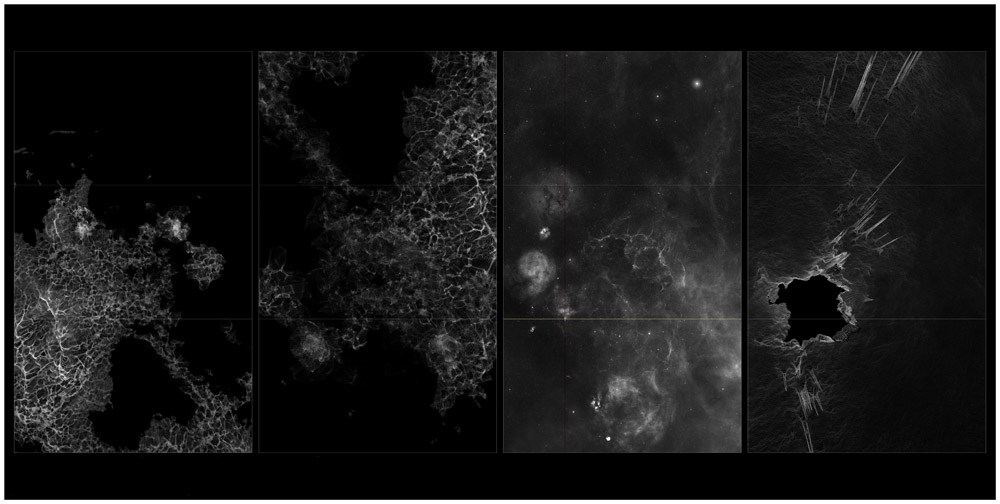 unfold is a major new commission by acclaimed Japanese artist Ryoichi Kurokawa, exploring the birth and evolution of stars in a ground-breaking, immersive audio-visual installation. This unique sensory experience will be part of the artist’s first ever solo exhibition in the UK, premiering at FACT (Foundation for Art and Creative Technology), Liverpool.

Kurokawa’s exhibition at FACT will feature the world premiere of unfold, which offers visitors an artistic yet scientific representation of how the solar system was born, and how our galaxy might evolve. This new body of work is the result of a unique cross-disciplinary dialogue between science and art, transforming scientific data surrounding the formation and evolution of stars and galaxies, into sounds, images and vibrations. 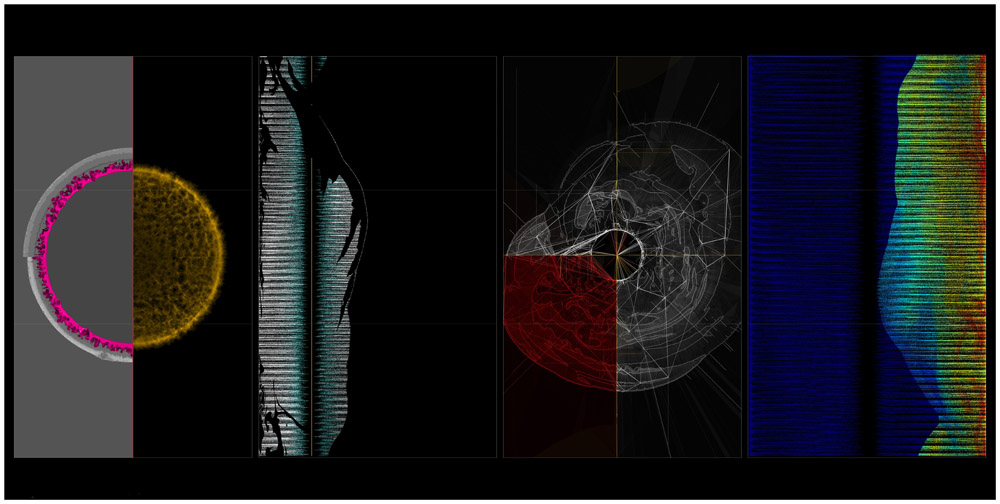 For unfold, Kurokawa has collaborated closely with Vincent Minier, astrophysicist at the Institute of Research into the Fundamental Laws of the Universe‎ (CEA Irfu, Paris-Saclay). The artist was granted unprecedented access to the facility’s scientific data which he used to create striking 3D representations of space, including interpretations of how star-clusters form, and of the birth of sun-like stars. With a focus on the sensorial and the experiential, and inspired by the latest discoveries in the field of astrophysics, this beautifully immersive environment transports us to the depths of the universe. unfold brings us face to face with a reading of the secrets of its inception, and by extension, our own beginning.

Also presented is unfold.mod, which explores the raw data taken from space observation through a series of audio interpretations and code-based findings, alongside both scientific and artistic images. These modules illustrate the methods which exist across unfold: taking data and visualisations from astrophysics and creating artistic interpretations of their findings by applying the same scientific logic, processes and methodologies as the scientists themselves.

Meanwhile in Gallery 2 at FACT, constrained surface exemplifies Ryoichi Kurokawa’s approach to art-making and his experimentation with the qualities of synaesthesia, a core part of his work. constrained surface delivers a synaesthetic experience through its unison of light, colour, sound and movement, as well as exploring the surprising possibilities of what can be experienced within the boundaries of a frame. 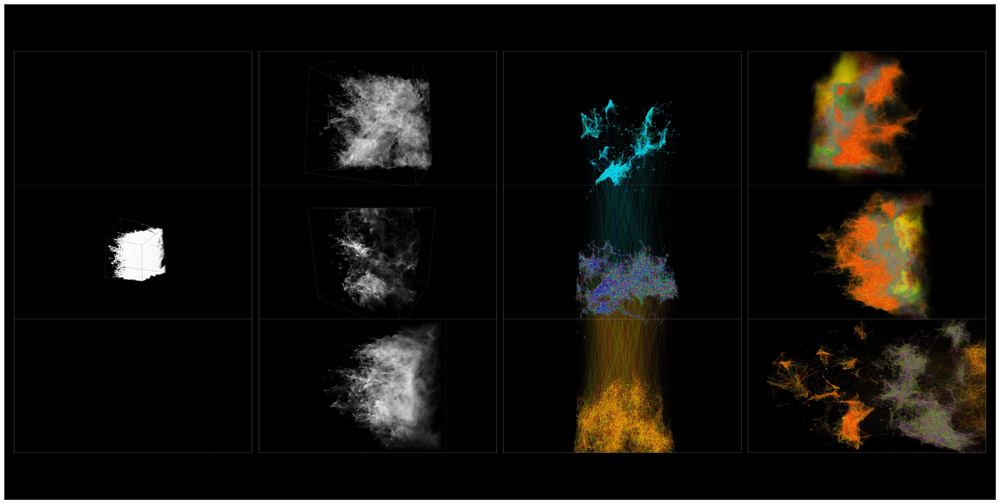 By playing with the confines of a screen, almost in the way a painter would play with the limits of a canvas, this work highlights the way in which Kurokawa deftly uses digital methods and tools (as well as commercial technology) to articulate his work. He does so whilst ensuring that the technological elements never overshadow the expression within the piece, but rather enhance the artistic experience, creating moments of surprise and wonder.  (from the press release) 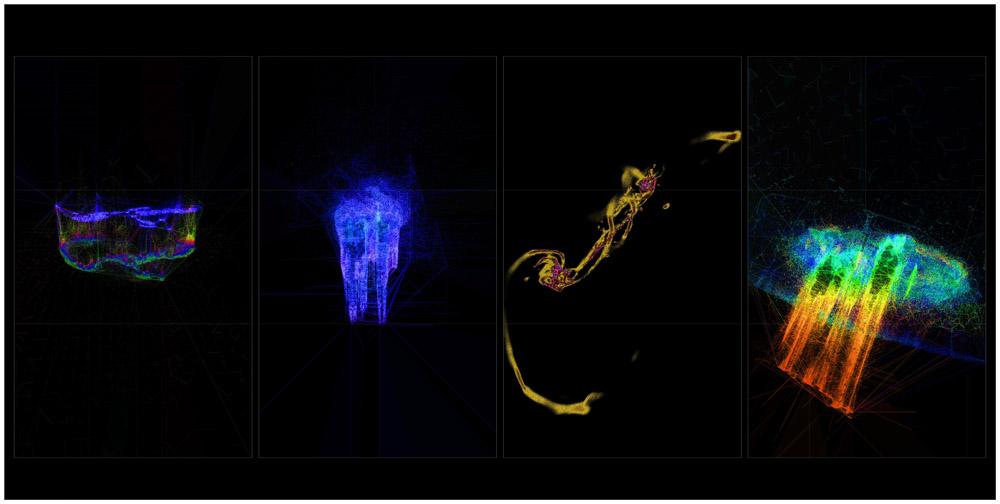