The solo show of the Argentinian artist in the frame and context of Alviani ArtSpace, a space that focuses on research and the blend of artistic and technological languages

Alviani ArtSpace, a space that focuses on research and the blend of artistic and technological languages inside the Aurum of Pescara, presents Poiesi by Sebastián Contreras, a solo exhibition curated by Lucia Zappacosta and Antonio Zimarino with the support of Pescara Council’s Department of Culture. 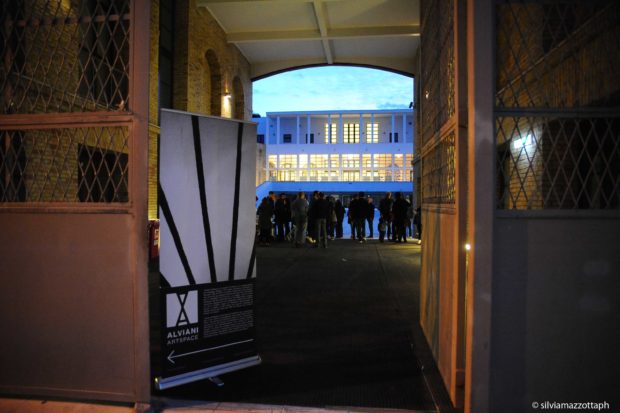 Sebastián Contreras’ creative play moves along the thin line of the encounter between the concept and the material/immaterial structure of new technologies. Digital and non-digital objects, specific to our daily lives, dialogue with the symbolic universe of an essentially humanistic culture, involving it so that it can enter the aseptic processes of bytes. The author introduces smartphones and software to shape, intervene, represent, and interact with ideas and forms that belong to the literary imagination. In other works, objects made of plexiglass or contained in plexiglass – to suggest transparency and immateriality – are engraved or contain traces of their encounter with the literary imagination. The result of this process is to propose barely definable “objects” which force the viewer to ask for “meaning”, in other words try to complete or reconstruct the mental and material process that brings together words, objects and writings belonging to distant sensory, cognitive and operational fields. 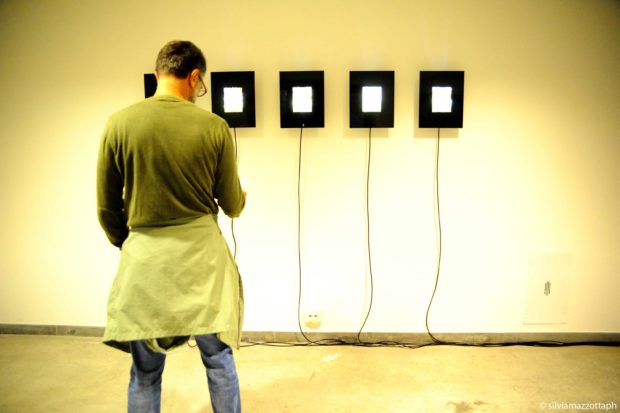 Contreras offers a series of “case studies” which provide a complex approach to the reality the visitors are called on to interact with, so that the poietic process becomes theirs too, providing examples of how it still is an inevitable “necessity” of the Human to offer a moment of consciousness in the unconscious flow of making.

These conceptual proposals are aimed at the likelihood that the works restart humanistic curiosity, the sense of doubt and questioning. Moreover, it is the intention of the project that this questioning may carry a seed of doubt in its conscience – in other words, attention to the sense of things. And this is taking place today, when everything appears to be an endless flow in the context of immaterial communication, the incessant trivialisation of use.The artist teaches us to be sensitive, his aim being not to solve “the problem” but, rather, to propose the problem. 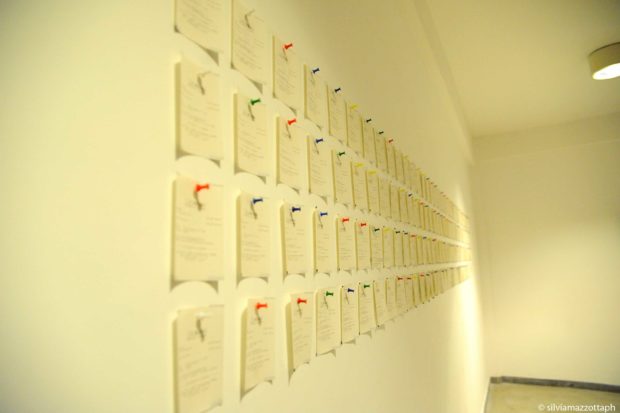 The exhibition is included in Amaci’s proposals for the Fifteenth Day of Contemporary Art taking place on 12 October. On this day, the state of the art of one of the works on display – “Grazie per le finalità” – is verified, requiring active participation on the part of the public. The artist provides a number on which Whatsapp is active; visitors send in a photo and then receive a personalised poem that the author composes with the aid of the word prompter on his mobile phone, an early form of artificial intelligence. 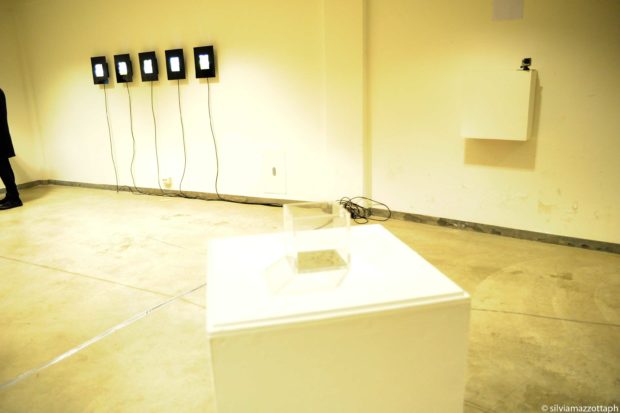 Since 2011, Alviani ArtSpace has been a point of reference for contemporary art and new technologies in the Abruzzo region. Lucia Zappacosta, Director of the space, explains that this exhibition will be followed by one final event for this art season: a group exhibition to retrace, through unpublished works, the work of over 50 artists who collaborated in recent years with the Alviani ArtSpace. (from the press release)