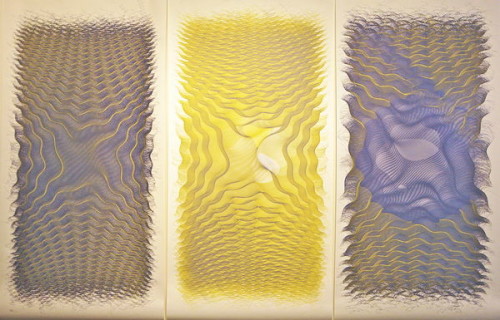 The encounter between computer and design is the protagonist of «The American Algorists Linear Sublime» exhibit presented by the MFA Computer Art Department of The School of Visual Art in collaboration with the New York Digital Salon.  An excursus into 40 years of history through the experimental work of pioneer artists who employed the computer to apply it to their drawings. More specifically, those who gathered around the Algorists in 1995, a group co-founded by Jean-Pierre Hébert and Roman Verostko.

Works by Jean-Pierre Hébert are on display. In 1978, this artist created works in ink on paper using his first plotter. Another featured artist is Manfred Mohr who, with a past dedicated to painting and jazz, approached computer art in the early 1960s. Works by Roman Verostko are also on exhibit. Verostko’s background as a painter aided him in his use of audio-visual synchronization programmes in 1967 and in programming his first designs in 1987, guided by a mechanical arm. Works by Mark Wilson, who began creating generative art in the 1980s, are also featured. 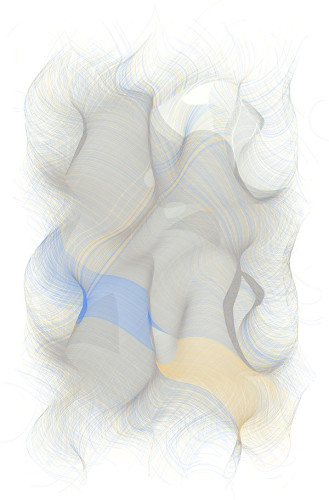 Why are we so interested in bringing this exhibit to your attention? For many reasons. In fact, this is an exhibit dedicated to pioneers in the field to demonstrate a growing interest in the historicization of this art form. Moreover, we are dealing with artists who demonstrate how art and computers can find a common ground in a poetic dimension – especially when they are guided by a certain mastery of design. These artists possess such a prerequisite and can make use of technology in order to experiment with different potentials derived from its application to their proven technical command and dexterity.

The partnership between the School of Visual Art with the New York Digital Salon has made it possible to draw attention to the salon itself, which is one of the first of its kind. In fact, the Salon is dedicated exclusively to these forms of artistic expression and has become a reference point in New York and around the world. Its contribution (along with that of others) has been essential in putting digital art on the map of contemporary art and developing its gradual process of assimilation. Works by the artists on display have become the acknowledged principle elements found in several exhibitions of some of the world’s most prestigious museums such as New York’s MoMA (M.Mohr) or part of important collections like the one at London’s Victoria & Albert Museum. But that’s not all. This exhibit introduces work by artists with a strong background in figurative arts and a full command of design which permit them to take the fullest advantage of the point of encounter between dexterity and the computer to create works which enhance (instead of reject)  their poetic component.