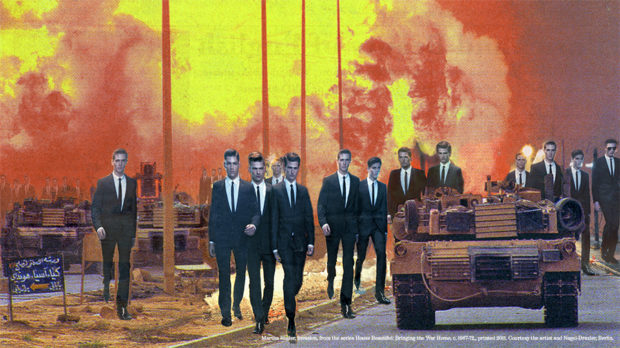 This autumn’s group exhibition at Bonniers Konsthall is about seeing violence in images. The exhibition shows work from more than 30 artists who confront past or present conflicts. In their work the artists deal at once with violence and its image, posing crucial questions about what violent images create, what consequences they have and how they circulate.

The image plays a central role in society. Images from conflicts around the world reach people on a daily basis, as images in the news, on social media, in advertisements or in propaganda. Images are used to document, inform and witness – yet also to shock and spread fear.

The Image of War looks at the relationship between the image-maker, the person captured in the image and those who see the resulting image. Approaching images of violence in different ways the artists not only depict the violence of war, but seek ways and techniques to understand it better. Reflecting on this type of image does not dispute the necessity of creating them. It rather suggests that a crucial political project is finding ways to see images of violence.

Visions of the South