by Stefania Zuliani
in focus 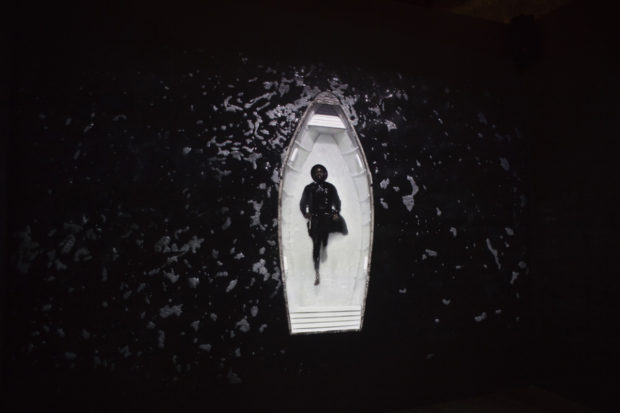 The Lost Centre is the title of an essay in which Hans Sedlmayr, in the aftermath of World War II, revisits European art history from the eighteenth century to the avant-garde from the perspective of disintegration. The controversial Austrian art historian wants to retrace this event of rupture and violation in order to stigmatise its impure features, thus pinpointing, in a paradoxically involuntary way, one of the most interesting and critically effective lines of development in contemporary art. “All centres are shattered / there is no longer any centre” wrote Majakovskij in the verses that Sedlmayr chooses to quote as the apocalyptic inscription to his book, words that still retain their prophetic sense, not entirely devoid of hope. Today the hierarchical relationship between centre and periphery appears to have dissolved, replaced by a much more horizontal configuration, not without, of course, its own contradictions and dramatic conflicts. 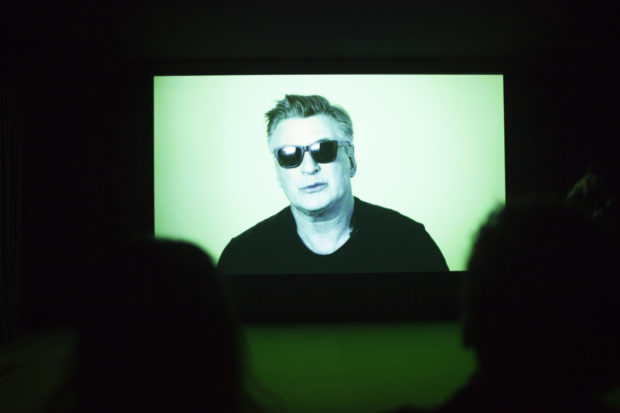 A global perspective (or, to borrow Morin’s expression, planetary) is documented and interpreted by the two-person exhibition with which South Africa participates in this year’s Venice Biennale. This exhibition features the work of Candice Breitz (1972, Johannesburg), an artist who has for many years been active in Berlin, where she defends an idea of art free from stereotypes that wants artists from the global south to always engage with their origins and “difference”. The second artist in the exhibition is Mohau Modisakeng, born in 1986, also in Johannesburg or, to be exact, in the black township of Soweto, a symbolic place in which the artist roots his exploration of themes such as history and negated identities. 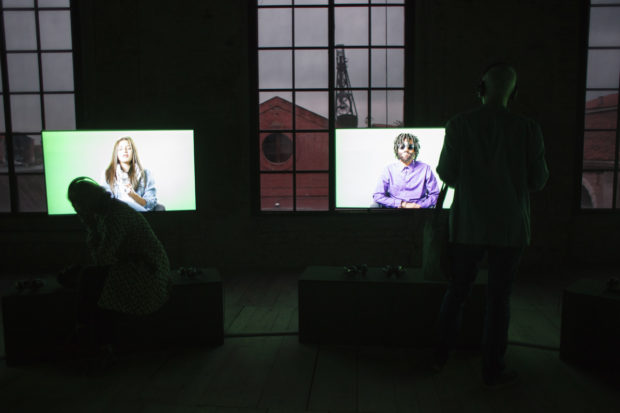 In the South African Pavilion, one of the most interesting in this edition, visitors are offered an experience where emotive engagement is combined with a reflection on themes dealing with confusion, migration and loss of centre and the possibility that this fluid and complex condition, even though it can be lacerating, can reveal new avenues for storytelling that are respectful and, at the same time, do not reduce meanings and tensions to a banal format. Passage, Modisakeng’s piece that opens the exhibit, presents an unforgettable story of voyage, life and death (in Setswana the word for life is passage) through a simultaneous 3-channel installation. Three different characters – a woman with a hawk perched on her arm, a young man with an unusual felt hat, and a woman wrapped in a blanket – lie on their backs in a small boat that is slowly submerged by water. This takes place without any drama; the tone, including chromatic tones, is restrained, but this does not mean that the relentlessness of loss comes across as less painful; and the black bodies slowly sinking into the water recount exodus, in silence, both far and near. 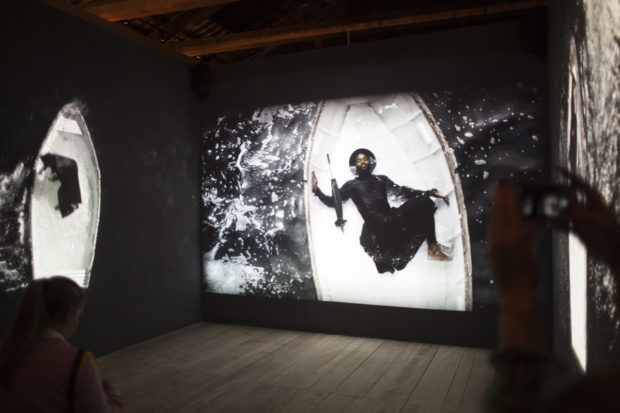 Breitz, on the other hand, works on language in her video installation Love Story, which occupies the next two rooms: in the first room two of the most famous Hollywood celebrities – Alec Baldwin and Julianne Moore – “act out” on the big screen some of the biographical excerpts of the real protagonists, who we finally meet in the next room. Here we see the men and women, whose stories of suffering and escape Breitz wants to narrate, their heads and shoulders captured on six small screens. Six refugees, given refuge in Berlin, New York and Cape Town, having escaped their countries for reasons of politics, religion or gender, and whose voices, unlike the powerful voices of the actors, we can choose to listen on headphones. In the ‘short circuit’ between fiction and reality, by interrogating the responsibility of those who listen, thus becoming witnesses, lies the key to this work that, together with Modisakeng’s exhibit, impedes any escape route, also implicating our bodies in a destabilising experience that mirrors, harshly but replete with humanity, our unstable present.