The Pinksummer Gallery is presenting Tomas Saraceno’s solo exhibit, Dark Cosmic Web at its Rome branch as part of the year-long GATE project, an original residential artist programme with the collaboration of selected galleries.

Saraceno’s artistic quest combines visual art, architecture and science as it focuses upon new solutions for sustainable living. This adventure has brought him towards the dark matter of the cosmos for some time now and was the inspiration for Dark Cosmic Web, currently on exhibit in Rome.

Spiders of different species weave a web that duplicates the cosmos, filling it with a stringy mass of connections – extensions of the dark matter – that are 25% of the Universe against 4% of ordinary matter. The cosmos vibrates with the sounds recorded in nature sometimes captured in the lifetime of the spiders. …., the astrophysicist who wrote an essay for the exhibit makes reference to the lines “All that glitters is not gold” from Shakespeare’s The Merchant of Venice in an effort to open our eyes to the fact that this unknown matter, for as dark as it is “can indeed be essential, indispensable to the Universe and fundamental for us in order to decipher its past, present and future plots.” 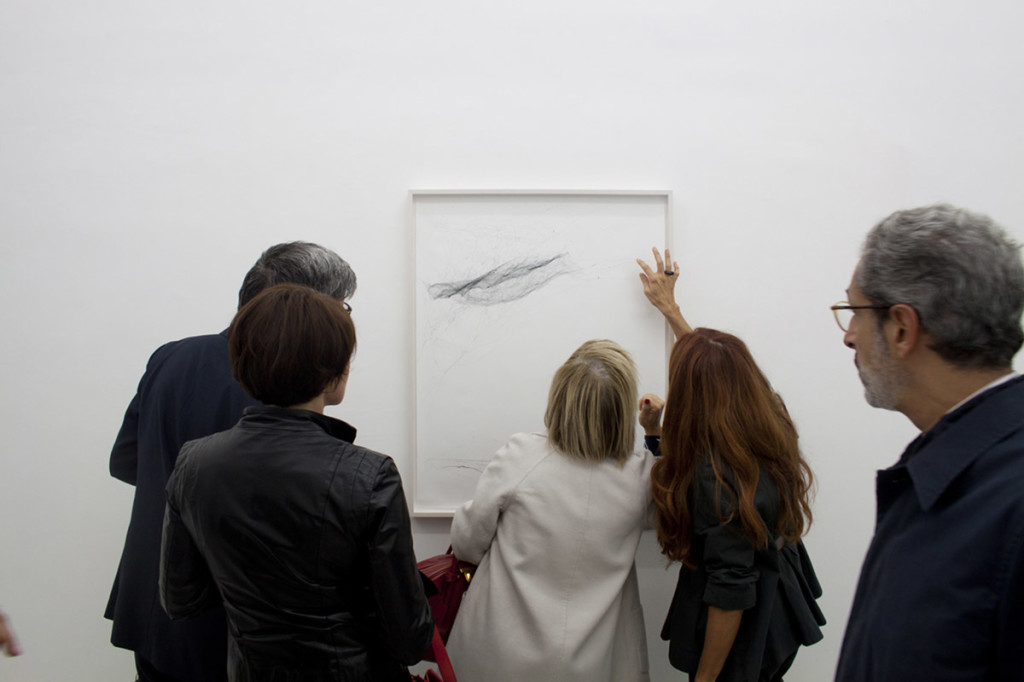 GATE, sponsored by the Fondazione per L’Arte Art Foundation since 2015, is located in Rome’s old town centre. The goal of this exhibit space is to promote works found in the finest Italian and international galleries by bringing them to Rome. The carefully selected galleries are offered the chance to present new exhibit-related projects to the capital through independent and autonomous management. Another goal is that of facilitating and expanding the possibility of making contacts and creating exchanges between the Roman and international art scenes in an effort to reinstate Rome as a main player on the art scene, as it had been for many centuries. GATE can be added to the list of resident artist projects, programmes and cultural exchanges created and promoted by the FpA Art Foundation since 2014 at its own lab in Rome’s Via Mandrione which showcases the contemporary art scene in Italy and Rome itself.