The exhibition focuses on the idea of perfection and its meaning in the history of Western art. In The Lives of Giorgio Vasari, this term is often used to indicate the attainment of excellence by painters, sculptors and architects, who respect the canons of harmony, considered to be universal. 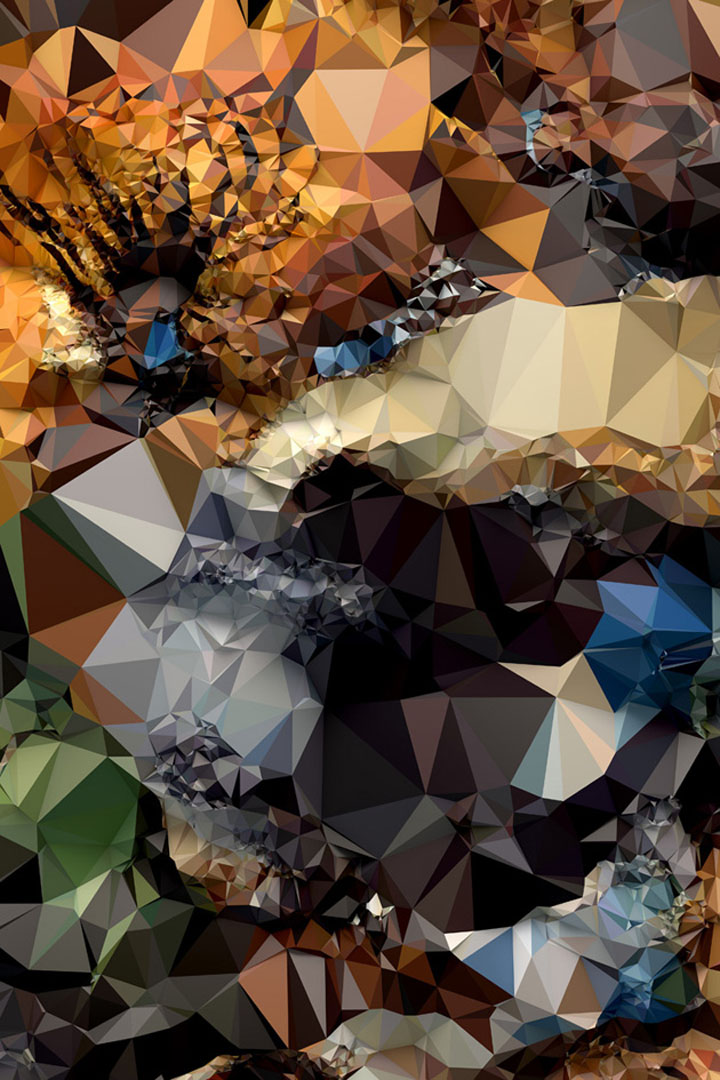 Quayola retraces classical, modern and baroque masterpieces, applying algorithms that go in search of these canons, questioning fundamental principles of artistic activity. The rules set out by historiography and by art critics are reproduced into information sets. These, however, once read by the machine, take on a new significance and give rise to new aesthetic codes.

A video-installation and four series of works, two of which were produced for the occasion, are on show: a sequence of sculptures and a cycle of engravings on anodised aluminium, some of which will become part of the design collections managed by Fondazione Modena Arti Visive. 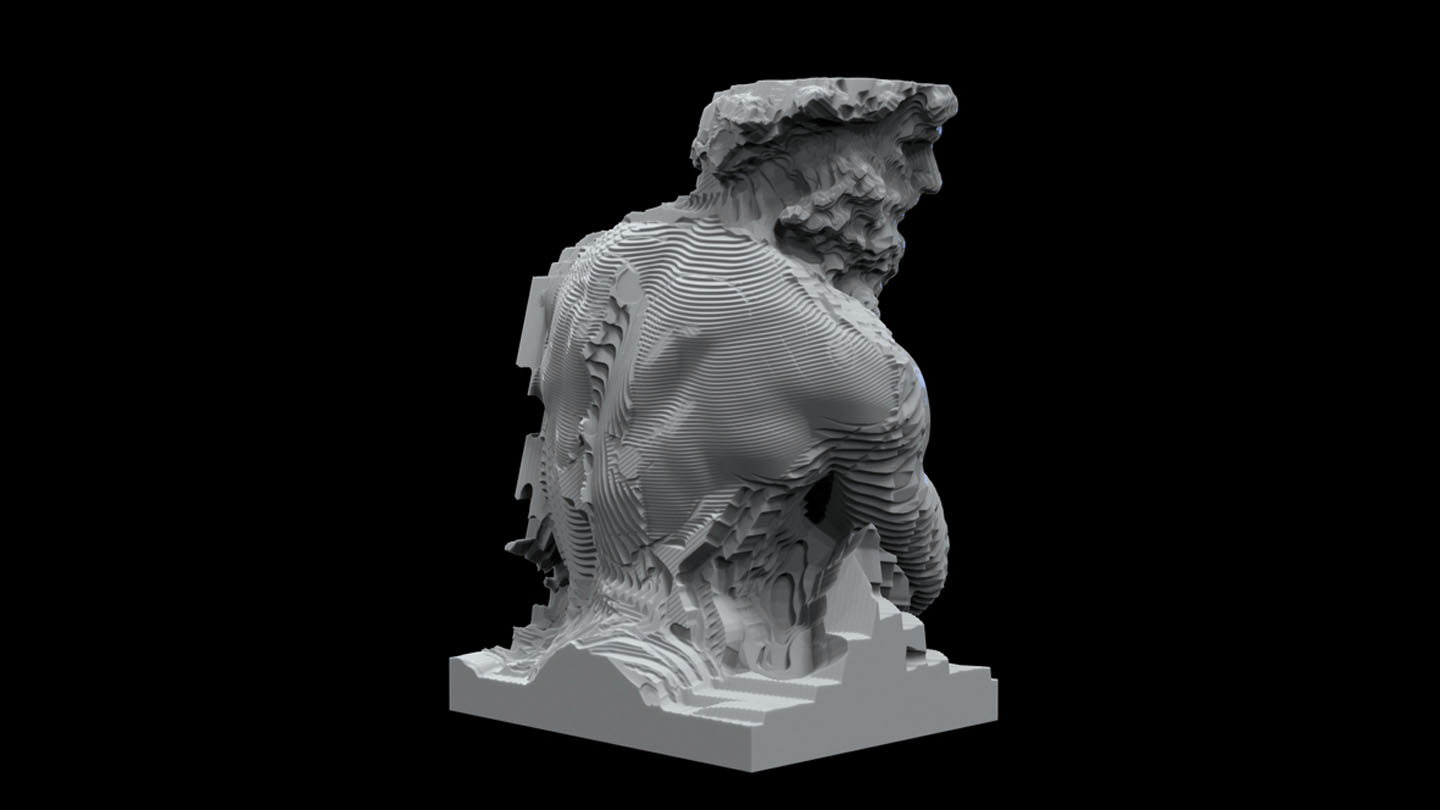 In the first room, visitors are welcomed by Pluto and Proserpina, a sequence of sculptures taken from the performative installation “Sculpture Factory”, a research on classical sculpture inspired by Michelangelo’s “non-finito” technique and created using robot tools. The works on display are inspired by Bernini’s famous baroque masterpiece The Rape of Proserpina (1621-1622). These are some of the infinite variations made by an industrial robot, which the artist has tasked with exploring possible simulations, leading to the figure’s creation. However, the robot never completes the image and, each time, interrupts the action at different points in the process. The objective is, therefore, not the realisation of the finished form, but the investigation of the processes to achieve it. The robot makes its way though matter, following a new autonomous logic, guided by a sequence of algorithms. At the same time, however, it causes traditional artistic techniques to re-emerge. 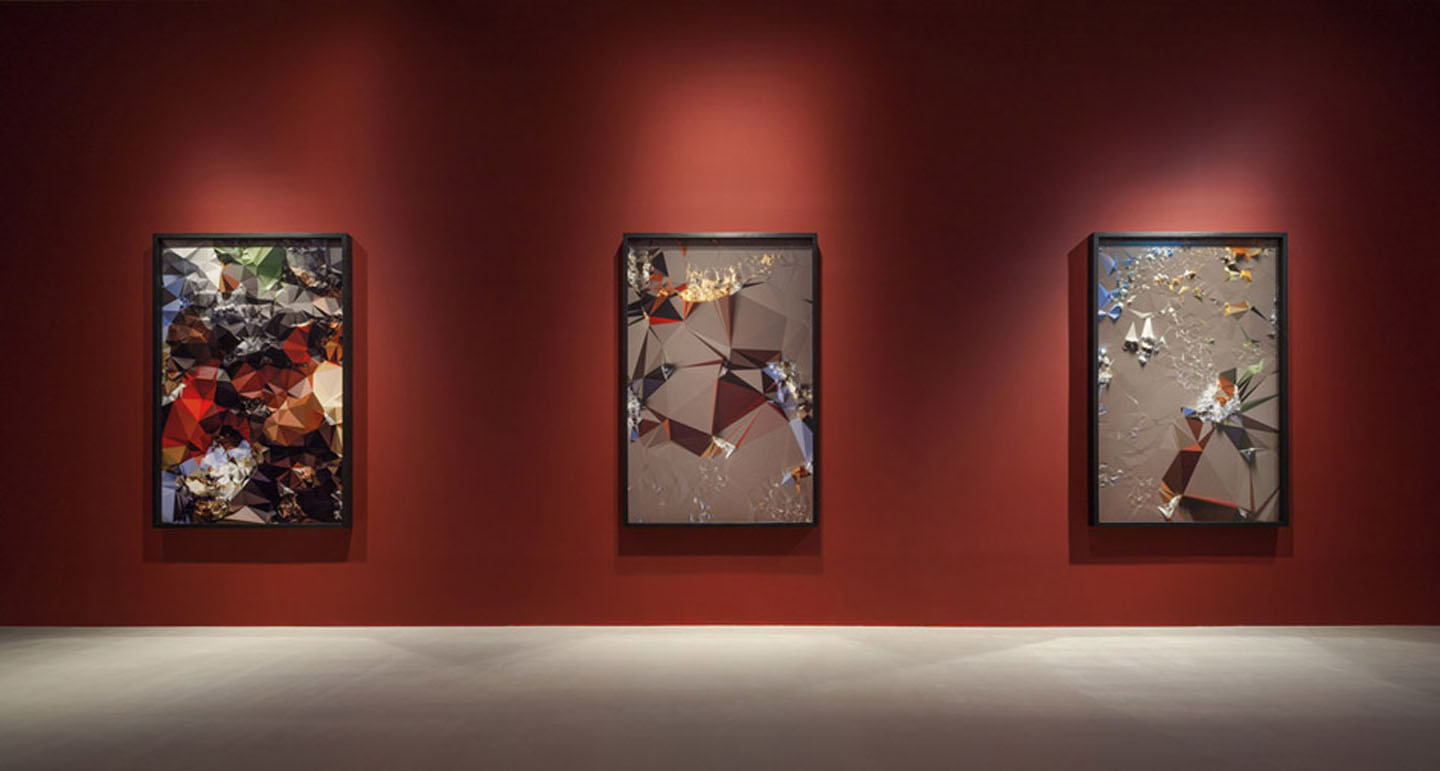 Next to the sculptures, some prints from the series “Iconographies” can be found, a project focused on the analysis of famous works of the great Renaissance and Baroque painting tradition through computational methods. Religious and mythological scenes, in this case the Tiger Hunt painted by Pieter Paul Rubens in 1616, are read through computer vision systems, which identify certain areas of interest in the image, based on parameters provided by the artist, such as colour, light and chromatic density. The images are thus transformed into abstract compositions which, nevertheless, maintain a level of familiarity with the original representation. In Iconographies #20: Tiger Hunt after Rubens, the complete disconnection from the historical narrative, obtained through computer coding, allows the Flemish masterpiece to acquire new authenticity, favouring its rediscovery. 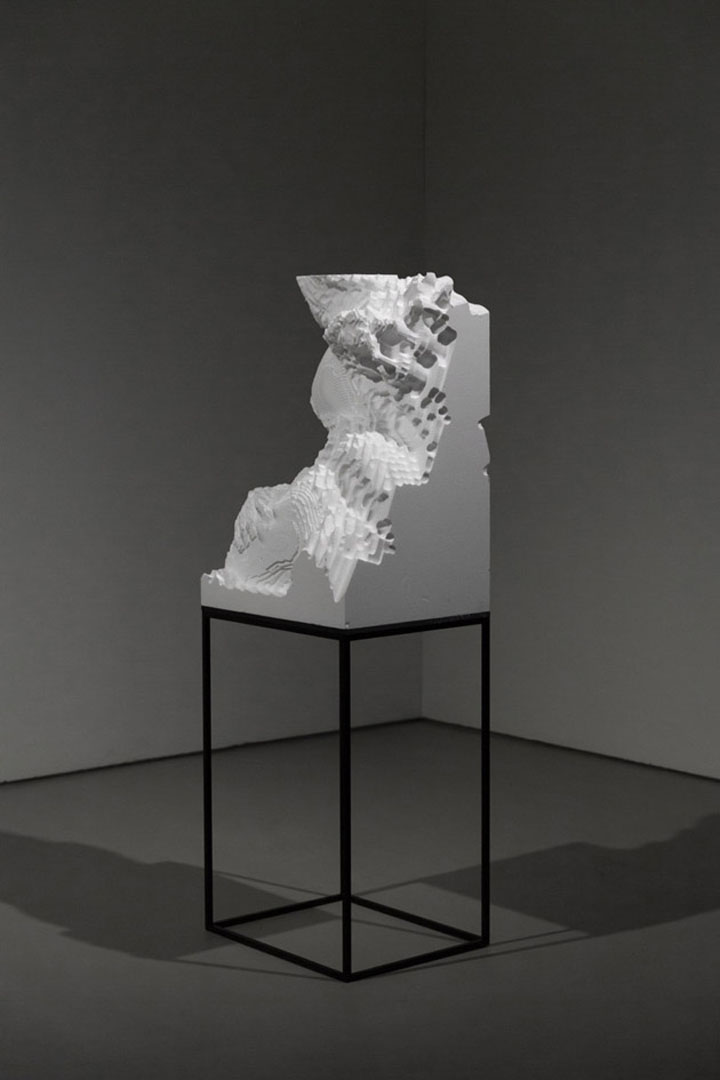 Another of Rubens’ paintings, this time the Deposition from the Cross preserved at the Palais des Beaux-Arts in Lille, forms the basis for the video diptych Strata #4 in the second room. Strata is a cycle of video installations that, through similar computational processes, translates paintings, baroque frescoes and Gothic stained-glass windows into new abstract designs. The software rereads the images according to parameters provided by Quayola, delivering images that appear so unstructured in their primary components that they reveal the compositional rules and give life to a powerful metaphor of history understood as accumulation and sedimentation, rather than as a linear process. 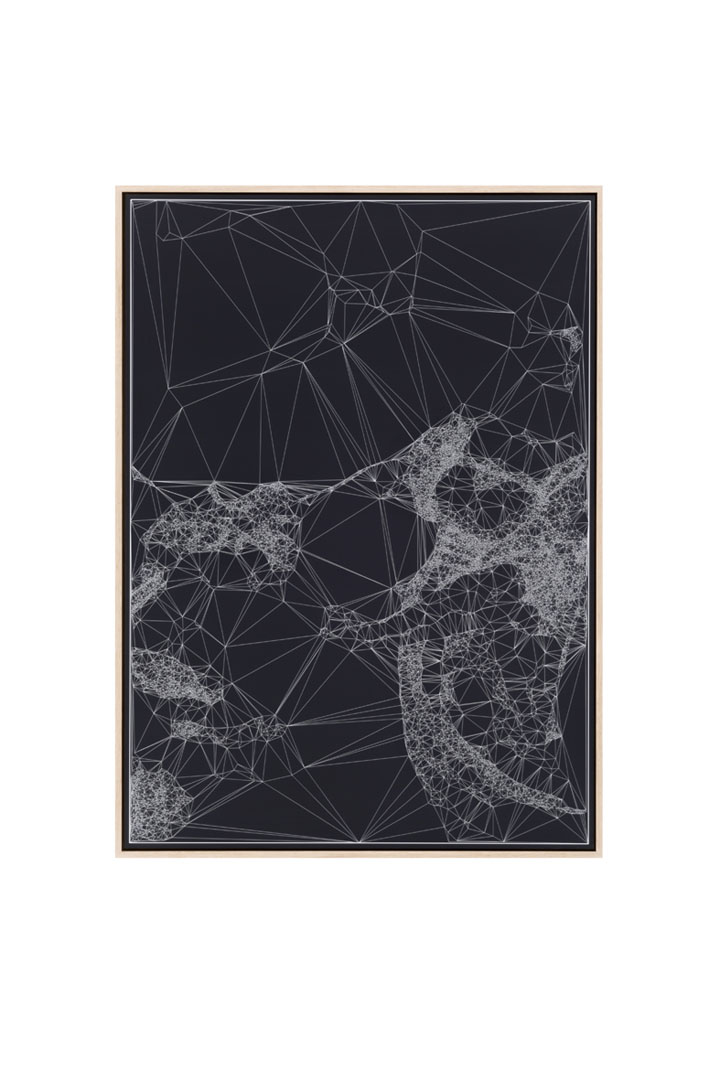 The Adoration after Botticelli, a work composed of 10 prints dedicated to the Adoration of the Magi by the Florentine master, is on show in the following room. Although it also belongs to the “Iconographies“series, here Quayola avoids any representation to focus on the relationship between text and image. Inside the left frame you can read, in English, the words Giorgio Vasari dedicated to the perfection achieved by Botticelli when painting the figures’ faces and in creating the composition of the painting while, in the nine frames on the right, the cold set of codes that translate the famous masterpiece into computer language are transcribed.

Stefano Cagol – THE TIME OF THE FLOOD in Vienna