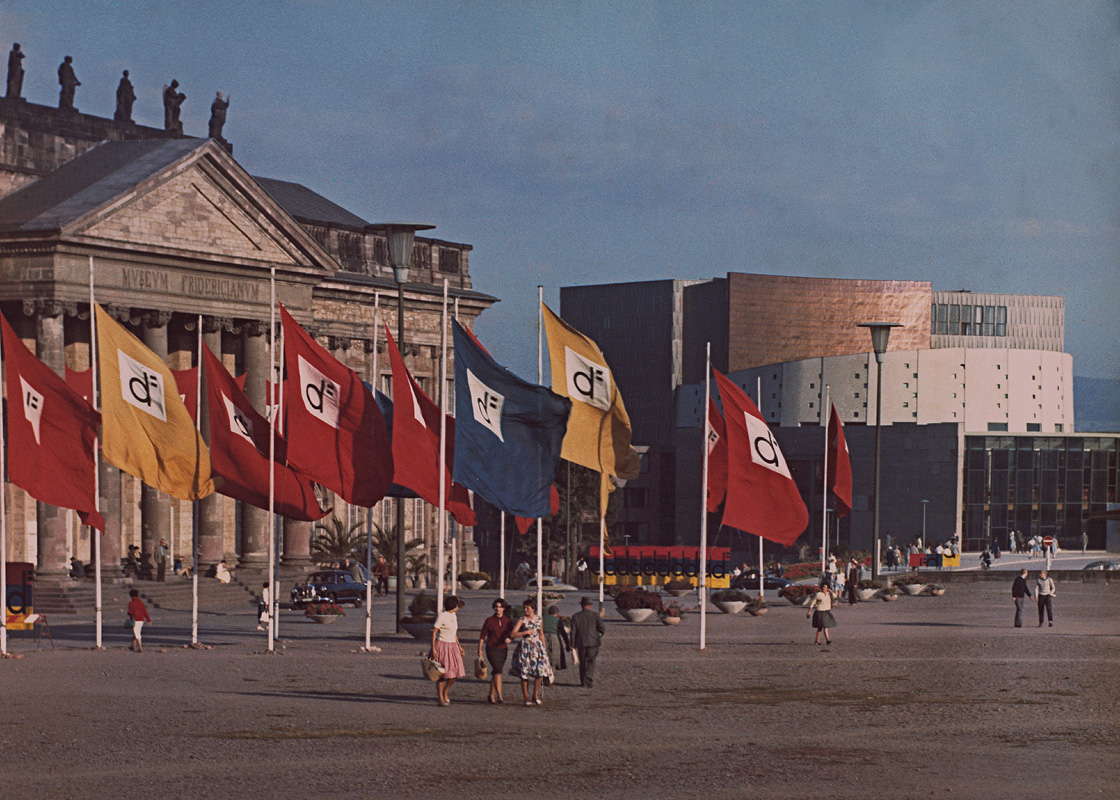 The ‘taking place’ of events as ‘having meaning’ – in other words, the equivalence between situation and signification – is the critical (and curatorial) crux on which documenta14 is founded. This requires an initial reflection about what this particular event can tell us.

Since the very start, embedded in the origin of documenta, the reason behind the location – the ‘here, at Kassel’ – corresponded with the meaning given to the event (the exhibition). This also marked its fate in all future editions (including the present one), from 1955, when Arnold Bode, artist and politician, organised the first exhibition of contemporary art here post 1937 (the year of Degenerate art in Munich). Kassel, bombed and razed to the ground in 1943 because of the arms factories located in its area and rebuilt after the war following the conventions of an architectural style that was both austere and pragmatic, was among the German cities pushed further between the East and West border. Kassel, as a result, was the ideal ‘here’, allowing history to serve art: a body that entrusted its wounds to art, wounds that needed to be healed, and at the same time matter that offered itself to art as the object par excellence, in order for art not to be diverted from its political purpose. The relationship, therefore, between ‘a place in history’ and ‘the location (of meaning) in art’ is at the basis of documenta. What history is this? A history that is always alive underneath the present; unfinished, continuously and paradoxically (re)opened; history that cannot stop negotiating its morals with the political and social present; and since the very beginning, art is for documenta a place where this negotiation is carried out in its own forms, that of language and poetry.

Or better, art is the only place where history can (re)surface, throwing the present into crisis: a deliberate crack underneath the feet of the present; the line/path/fracture appearing on the home page of the documenta14 site; or the broken pavement of the 1993 German Pavilion, a work by Hans Haacke, which is mentioned, not by chance, in the catalogue. So, in this edition, as in all the previous ones, political history becomes a topic, theme and topos for a majority of the exhibited works: a location for art, searching for meaning and new readings.

And the first topos is the city of Kassel itself, a seminal historical-political object and a geographic location that represents the equivalence between art and historic meaning. Five years ago, Carolyn Christov-Bakargiev moved the axis of this equivalence towards the city of Kabul, chosen as a significant object for a more recent geo-political context, and he invited a group of artists to move and act there, the original reasons at the basis of documenta. 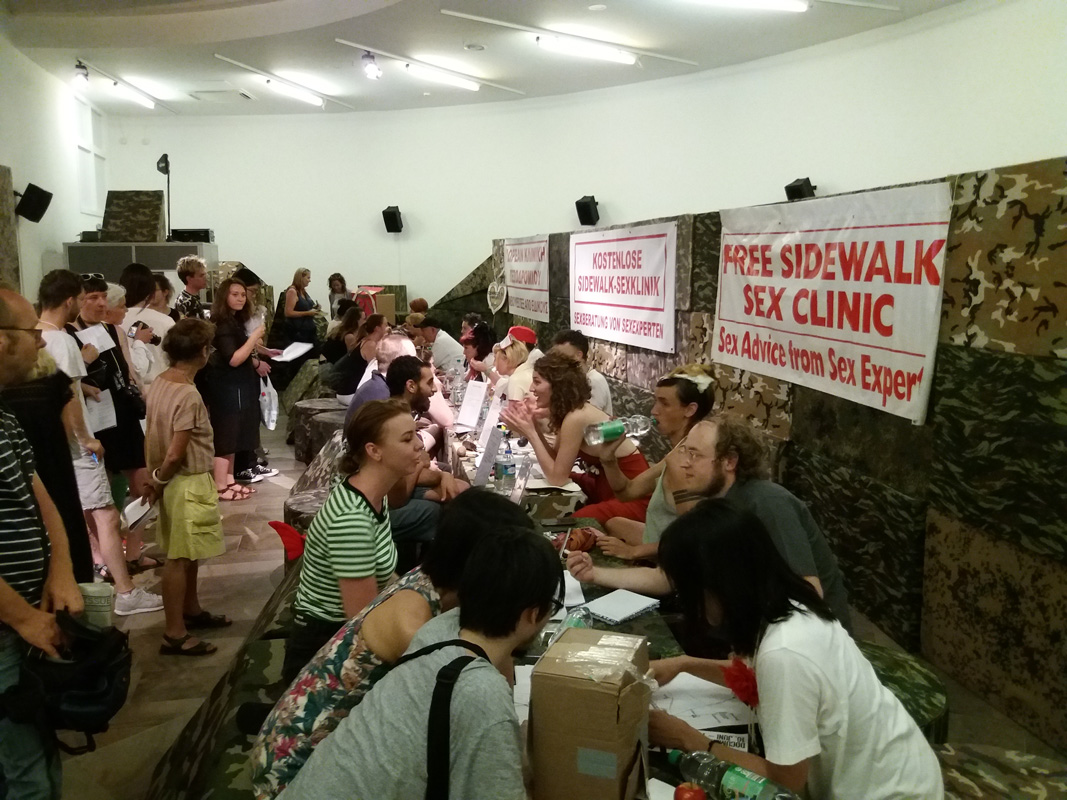 The curator of documenta14, Adam Szymczyk, however, takes a step further. He sees Athens as a true alter locus for the city of Kassel. Documenta14, as a result, presents itself as ‘one exhibition in two acts’, following theatrical terms that have never been more appropriate than in the case of Athens, since the discussion centres on politics, society, history and art. There are many reasons for choosing Athens and they are all rooted in the distinct meaning the city has not only for contemporary politics, but especially for cultural history in the West. Choosing Athens as another location for Kassel is like stating that, at present, it is only by returning to the deep roots of Western history’s means and meanings, which Kassel belongs to, that the intersection between ‘the location of art’ and ‘a place of history’ are given new life. This prevents the thematising of the historical-political corpus from becoming an exercise for its own sake, a contemporary trait. It is documenta’s very beginning, the Kassel-place, that must open up to another beginning, a radical and philosophical ancient past, and an extremely significant present, where parables for contemporary Europe are exhausted.