by Chiara Amici
in focus

These verses by Joni Mitchell open the website dedicated to [Alien] Star Dust: Signal to Noise. This is a project created by Victoria Vesna, co-produced with a team of artists and scientists, to explore “stardust”, an intangible dust, visible to the naked eye as a deposit on the earth’s surface which results from the mixing of particles from soil, rocks, mountains and deserts around the world with small amounts of space-borne material from stars, comets and meteorites. This dust, which is transported by the wind, carries with it not only tiny particles of beneficial soil and nutrients, but also potentially harmful bacteria, pollution, viruses and spores. Victoria Vesna analyses this phenomenon through sound, an installation and online meditation, using technology as a means of reflection on the interconnection between us, our planet and the universe, as well as a means of self-recognition as part of a great whole.

The physical installation of [Alien] Star Dust draws on a collection of meteorites that have landed on all continents, selected in close dialogue with the Vienna Museum’s director, geologist Christian Koeberl, and meteorite curator Ludovic Ferrière. Meteorites are an imaginary source deriving from the concept of Alien dust, also conveyed by enlarged and 3D printed micro-meteorites suspended in the air. The exhibition premiered in 2020 at the Natural History Museum in Vienna, just a day before the entire city closed due to Covid 19.

One of the many special features of the project is precisely its development into a global, collaborative and participatory guided meditation that, according to the artist, “takes participants into a space of healing and transcendence through images and vibrations”, setting it apart from a simple installation, by taking the form of a ritual that surrounds and completes the entire experience. During the period of crisis generated by the Covid 19 emergency and subsequent quarantine, it became evident that the community needed to find ways of satisfying a need for contemplation and connectivity, as opposed to the pain and sense of emptiness felt by many. The collective action proposed by the Vesna “facilitates” this action through identification with celestial, eternal matter that is constantly in motion, in total contrast to physical restrictions, fear of death and real risks generated by the current historical moment. 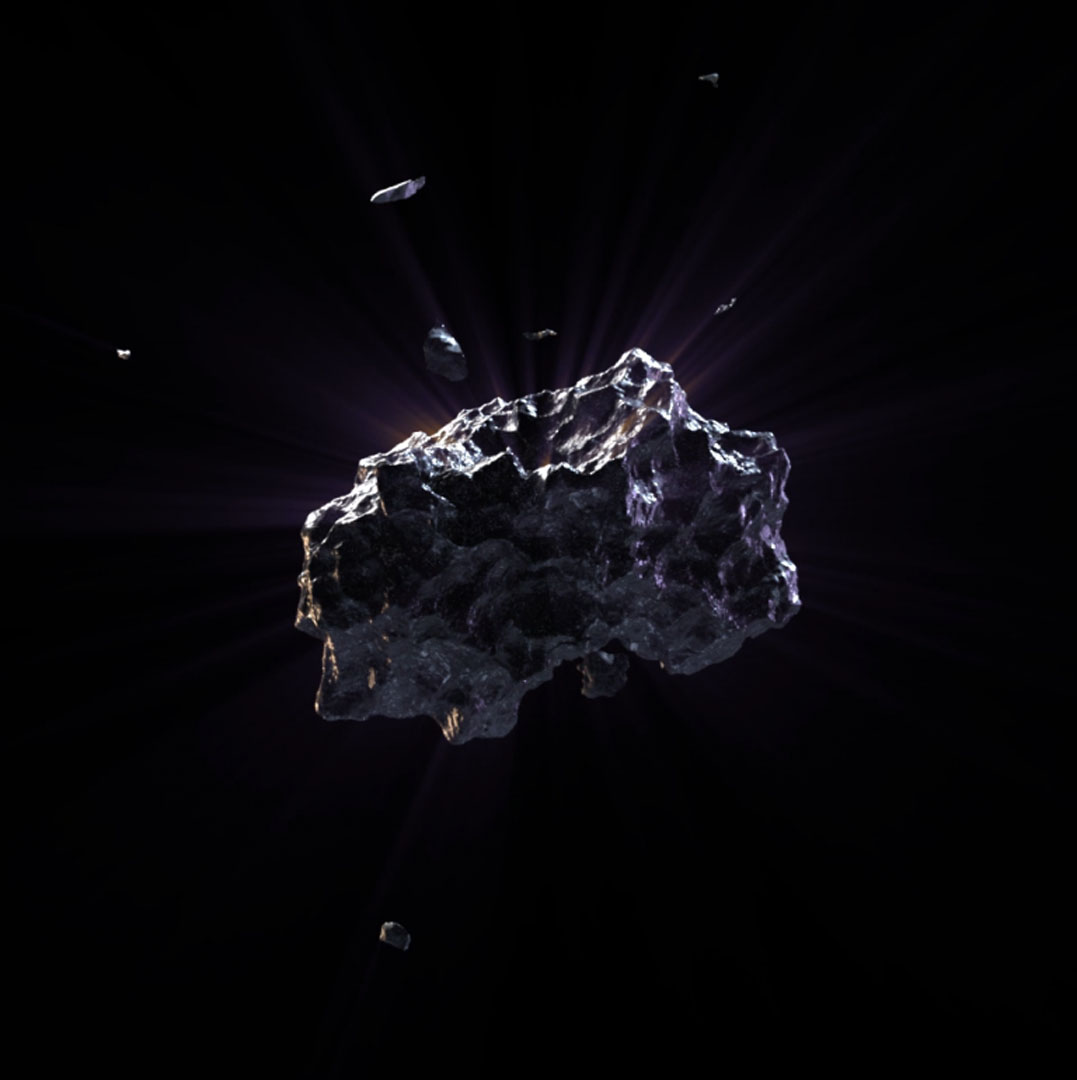 Broadcasting live from Integratron on 21 December, the day of the winter solstice, participants in the online event were accompanied in an artist-led meditation, through a metaphorical immersion in the alien, terrestrial and artificial dust that travels far and wide over the earth bearing an invisible reality full of complexity. “Most of us”, explains the artist, go about our daily lives unaware of the extraterrestrial dust that might be on the floor of our kitchen, right here on earth. The alien signal (intended as a testimony of universal union) is lost in human noise. Group meditation then becomes a way of claiming our universal, rather than planetary, citizenship by coming into contact with this ancestral matter.

Audio is a fundamental part of [Alien] Star Dust”. The sound animation became part of the guided meditation and was based on a sound composition created by UCLA students Ivana Dama and Clinton van Arnam, further specialised by surround sound composer Paul Geluso, under Vesna’s conceptual direction: Different layers of signals from space mix with man-made noise and tunes from various cultures, expanding the experience of deep, ancient connection between man and “stardust”. Oscillating noises derived from live coronavirus data programmed by John Brumley underlie the entire sound complex. Rhiannon Catalyst adds her otherworldly voice to the experience and Geluso introduces a flute and drone to help participating mind travellers enter another dimension.

The latest addition to the sound composition came just before the project was finalised, when astrophysicists announced the detection of superfast bursts of radio waves vibrating through the Earth from deep space in a repeated pattern – flashes that have probably been occurring for billions of years.

This combination of human and space sound suggests that there is a kind of natural machine in the universe pumping regular vibrations of radio energy through it, which the artist wants us to connect with through a digital celebration. According to Vesna, it is important that we listen to and decode these messages from space in order to understand how every living thing consists of a combination of different elements going back to the Big Bang: hydrogen, helium, phosphorus, carbon and oxygen, all resulting from the explosion of a single giant star.

Dear You at the MAMbo … and via mail

Dear You at the MAMbo ... and via mail