Giulio Delvè was born in Naples in 1984. This is where he was awarded a diploma by the Academy of Fine Arts in 2009. During the following years he completed his education thanks to a bursary with the Weißensee Kunsthochschule in Berlin. Today, he lives in Naples and Berlin: two cities that are held in high esteem by artists since they are a neuralgic center of work that focus on reinterpreting objects within the urban environment, often extracted and left to mature in the studio. During an interview with Inside Art in 2011, Delvè said «If I were asked to come up with an expression that could explain my research, I would say “peripheral thought”, since my work can essentially be considered as a container of apparently unrelated meanings». Delvè then went on to say «My studies consist of artistic research that reprocesses everything that I find emotionally and physically relevant. I enjoy working on urban archaeology, i.e. the elements that represent and make up our society and our day-to-day lives». With this concept in mind, the artist explores several creative means including photography, painting, videos and installations. Delvé said «Sculpturing is a concept that is continuously present in my work: even when I’m taking a photograph I’m always looking for its three-dimensional properties such as its depth and position in space or its plasticity». I detest mannerism and thus soon get tired of working with the same technique». His work has been on display in several galleries and institutions including the Museo Madre (Naples, 2014); MART- Museum of Modern and Contemporary Art (Rovereto, TN); Reale Istituto Neerlandese (Rome, 2014); Pastificio Cerere (Rome 2013), a former pasta factory; Museo Apparente (Naples, 2013), Maison de L’Amerique Latine (Paris, 2012), Fondazione Bevilacqua La Masa (Venice, 2012), Supportico Lopez (solo show, Berlin 2012); Fondazione Sandretto Re Rebaudengo (Turin, 2011); The Italian Embassy in Berlin (2011); KW Institute for Contemporary Art and AtelierhauMonbijoupark (Berlin, 2011), Shanghai Urban Planning Exhibition Center (Shanghai, 2010), Fondazione Merz(2009). After having received the Terna Prize 02 (2009), he was awarded the Talent Prize (Rome, 2011).

Brainstorm, is the work for which Delvè received the Gallery Owners’ Committee special award during Terna Prize 02. It consists of a crafted greenhouse, an installation built with recyclable materials: balcony doors, energy saving lights, a manual timer and an irrigation system, some cardboard and a duvet. The title of the work refers to the concept of brainstorming, a creative group technique that aims to promote problem-solving ideas. The work is a follow-up of Delvè’s research that focuses on «assembly that encompasses the narrative process, the concept of transversality and intersection, a combination of different meanings resulting from an interaction between different pieces of information, signs that interrelate with one another and give birth to further meaning; these are reorganized and presented again to create new associations and further possibilities». 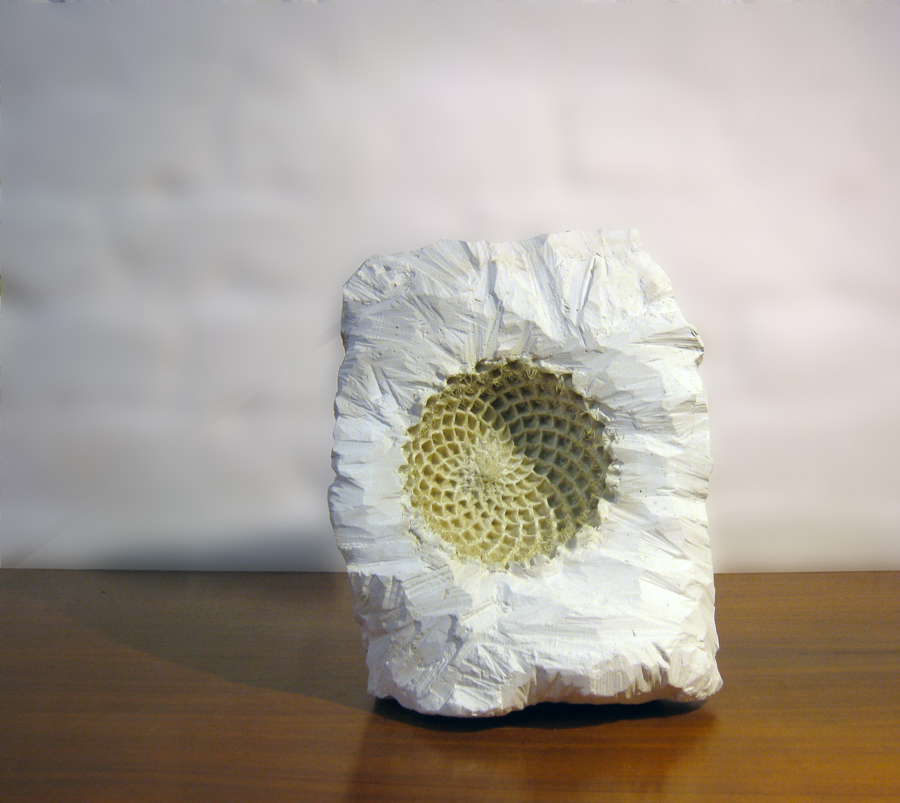 Art oils the cogs within our brains, it warms our hearts, while representing scientific analysis, mathematical precision, rationale, an overflowing river creating unrest, violence, a fluttering feeling in the stomach, it makes us think and pisses us off, it makes us smile and dream, a bitter laugh, art stirs us, it presents reality to us without any form of filtering, however it can also serve as a sweeten the pills, it makes one think, it questions everything and everyone…and above all it questions itself!…Well! This is what an artist should do, and above all create beautiful work to place on luxurious sofas. The Terna Prize issued, as part of one of its first editions, a foresight research on the condition of art in 2010-2015. The results provided insight into the current scenario.

The results also indicated that the crisis would weaken any remaining dependency on dominant rules and lead to an increased social role of art. Do you believe this is actually happening?

I would interpret this as the inevitable social role of art. The historical period we are currently living in is, sadly, a fragile one, precarious, but also intense and demanding. As a result of its very own nature, art has no other choice but to act as a filter of society. Practicing art is a useful tool that gives us the ability to understand the reality that surrounds us that thus becomes an object, material, topic, research and an objective assessment of social practices. From an etymological point of view, the overrated word «crisis», could also not necessarily have the negative meaning we usually convey it with. Ironically, no period is as fertile and constructive as a period of crisis; this is because it brings change that may develop from an opportunity to create – through our own ideas and work – a renovated system to work and live in. 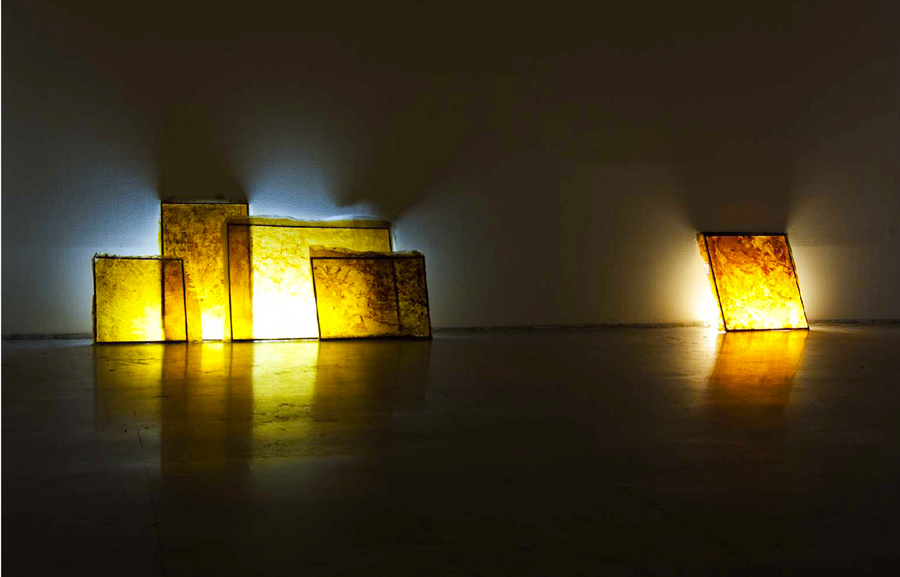 How did your participation in the «Terna Prize» influence your experience and research?Has it lead to any market or other opportunities?

The Terna Prize, as a result of the double solo exhibition with Mauro Folci, an artist I greatly admire, has led to the development of three significant works that are distinguished features of my artistic development: Utopistiche finestre d’ambra, Stadio d’adattamento ad un graduale venir meno dell’adattamento; Hotel Tritone. This last work in particular, was later displayed at institutional exhibitions and prestigious locations including Palazzo Reale in Milan (for the Ariane de Rotchild Award – organized by Laura Barreca and Marcello Smarrelli); during Based in Berlin, one of the latest and most comprehensive acknowledgements of recent artistic research in Berlin; it was later exhibited at MART in Trento and Rovereto for the «Andata e Ricordo. Souvenir de voyage» collective. Now, instead of allowing the work to sit in my storage, if I were in Terna I would take it back «home»… 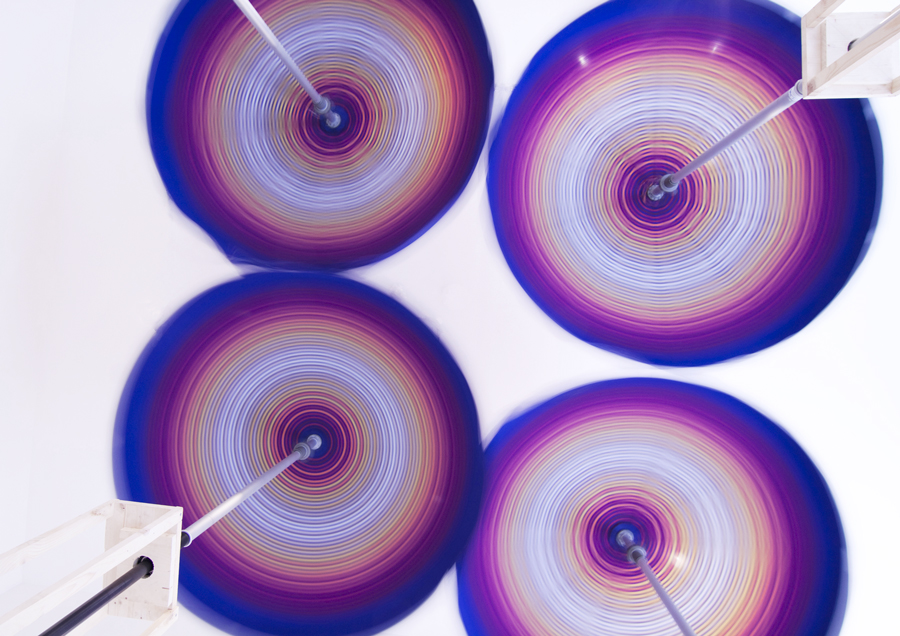 In Italy we are experiencing an enormous commitment by the private sector, artists, curators, critics, publishers, gallery owners, collectionists, foundations and associations that are all bringing energy to our culture; the current political climate and complicated bureaucratic system is certainly not helping; networking is almost impossible. The Scandinavian model, the French, German and British governments aren’t xenophilic like the Italian government and are capable of significantly endorsing their national artists and supporting them while they are still young and throughout their artistic development. This is achieved by means of an economy that provides the appropriate spaces and means; the opportunity to develop projects, take part in international study and research programs. There is no lack of possible strategies: partnerships, comodatums for unused locations to be used as laboratories, bursaries, mobility programs, cultural exchange…What is lacking however is Awareness and Responsibility! 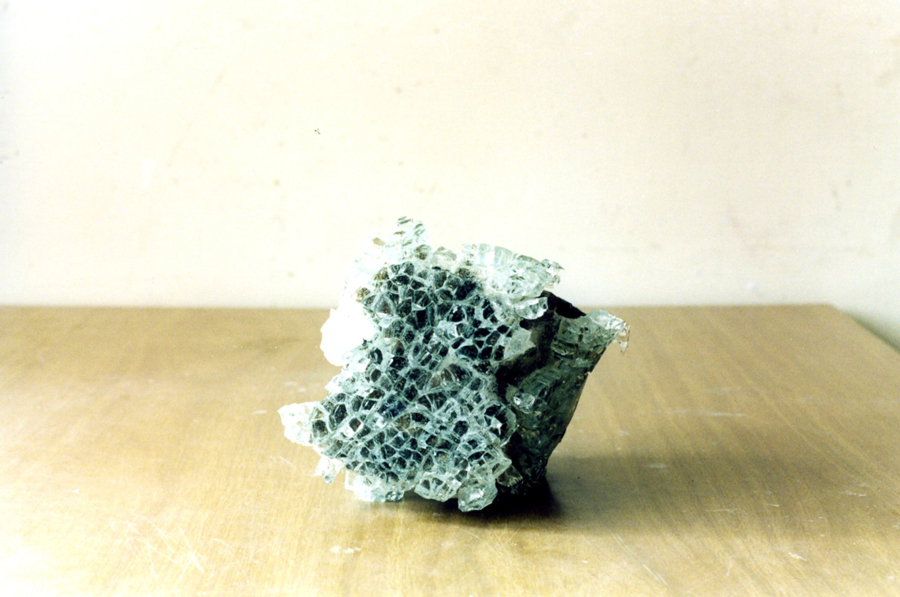 What does «public art» mean for you and how do you think this concept has changed when compared to its traditional meaning of monuments in public squares?

I was educated in Naples, a city in which we have a specific perception of the res publica, i.e. an ongoing and inexorable exchange between intimate, individual experience and the overall context. Our identity is created through external contact with objects and people. My artistic practice specifically analyses behavior, attitudes, social customs and rituals, interventions and social trends that are shared within the urban habitat and thus part of the public and collective fields.

In an article on «Flash Art» (Giulio Delvè.Silent speaking objects, Flash Art 304 –July August-September 2012), Vincenzo Latronico uses a statement by artist Luca Francesconi who compared your artistic practice with Malinowski’s anthropology. Latronico argues that this statement is partly true since the scope of your work is more orientated towards synthesis than analysis, a crucial element in anthropologic studies. What is your position?

Since most of my work is formally very essential, it requires very long processing times, synthesis may only occur after a long period involving preparation and of apparent calm, during which I conduct studies and on-site inspections. My method originally develops from «observation», a process that I undertake to decrypt a language, a waiting period that is required to chew, digest, metabolize and process elements that then become action.

I then spend a great deal of time in my study with the objects I have collected: A form of silent dialogue is created; like when you get to know new people, the steps do not all occur immediately -time is needed to get to know one another and begin to trust each other; they will only begin speaking and talking about themselves after a certain length of time. I attempt to create suggestion capable of conveying the imminent meaning to the user, my purpose is not to describe stories. The plan is to suggest, not to reveal too much, by supplying a lot of information; in this way the risk would be to channel the interpretation of a work of art in a sole direction, while in this way the poetry of the artistic gesture is not lost, while infinite possible interpretations are preserved. 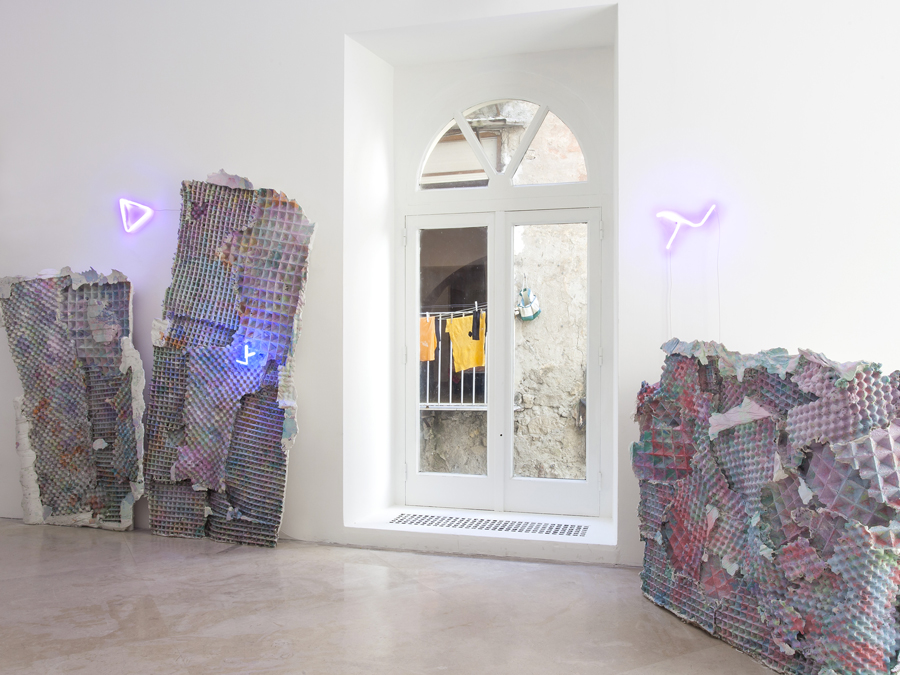 I am continuously searching for new ways of sharing, meeting, intersection and interaction… An example of this direction is the installation Enigma, a site-specific project I conceived for the «music hall» in the MADRE museum (Naples) by exploring the numerous similarities between sculptural and musical practices.This is an environmental installation created by redesigning the entire environment, also in functional terms; a kind of display, of a work in progress in which the institutional space is redefined to promote an exchange of human relationships and conversations.

Terna is a company that provides energy to our Country. By committing to the Terna Prize, the company focuses on transferring energy to art and culture and creating a network to support and develop talent. Do you think that the Terna Prize formula is still relevant today as a means of promoting art? Do you have any suggestions for the next edition?

I think the commitment shown by Terna is highly appreciated, if one considers the importance a cash prize can have for a young artist, especially in a country like ours, where looking for funds allocated for culture is like searching for gold. The concept of awarding prizes should be further developed: a company the size of Terna could support artists since the delicate stage of design that comes before the creation and formalization of a work of art; in this way it could help many artists that lack necessary the funds and thus postpone or abandon their projects. Moreover, I believe that travelling and gaining experience is crucial for an artist. Mobility is required, thus the opportunities provided by Terna – such as artist-in-residence programs at the ISCP in New York – need to be strengthened and encouraged.