Marco Fedele di Catrano, Italian-Swiss artist, was born in Rome in 1976. He currently lives and works in Zurich. His career began in 1996 as a freelance photographer. He has worked with international artists including: Mario Merz, Michelangelo Pistoletto, Jannis Kounellis, Sol LeWitt, Fabrice Hybert and with a variety of institutions and galleries, such as: Marseille MAC, MoMA P.S.1, The French Academy in Rome, ZAGREB MSU, Madre Museum, Incontri Internazionali d’Arte (International Art Meetings), RAM-radioartemobile, Byrd Hoffman Foundation and Volume Foundation (Rome). His photographs have been published on national and international newspapers including «La Repubblica», «Libération», «L’Espresso», «Carnet», «Abitare», «Gulliver», «Beaux-Arts», «Tate Magazine» and «Il Giornale dell’Arte». After living for two years in New York (2000-2002) where he meets photo-reporter Leonard Freed and a working experience with the Magnum Agency, he returns to Italy. Ever since, his work opens up to different means: his interest shifts from installation, to photography to video. In 2003, he begins working with U.S. artist Jimmie Durham, this cooperation ended in 2008. In 2004 he moves to Vienna where he obtains a Master Degree at The School of Artistic Photography Friedl Kubelka and he works for two years in Franz West’s atelier. In 2005 he comes back to Rome where he starts to exhibit his work within the national as well as international art scene. In 2010 he is one of the winners of the Terna Prize. In 2009 he is awarded with the Movin’up Prize and with the Pagine Biance d’Autore Prize. In 2013, soon after his move to Zurig, he receives the Swiss Art Award for his installations, i.e. a Swiss Federal Award for Visual Arts. His projects have been on display at solo-shows and collectives, in Italy and abroad. His solo-shows have been exhibited at the following locations: CCI Fabrika, Arthouse Hall (Moscow, 2015), Kunstraum Walcheturm (Zurich 2014); La Rada (Locarno 2014); Galerie Mario Iannelli (Berlin 2011); RSTR# (Monaco 2010); Standard-Deleuxe (Lausanne 2009); Galleria Next Door (Rome 2007) and Wuk (Vienna 2004). His work has been on display at many collective exhibitions including: Scrjabin Museum (Moscow 2013); Ekaterina Cultural Foundation (Moscow 2012); Multimedia Art Museum (Moscow 2012); 54th Venice Biennial (Venice 2011); Museo CIAC (Genazzano 2010); Associazione Culturale (Cultural Organization) Stefania Miscetti (Rome 2010), Palazzo della Vicaria (Trapani 2010); Spazio 26 CC (Rome 2009); Santo Spirito Monumental Complex in Sassia (Rome 2009); American Academy in Rome (Roma 2008); Alkatraz Gallery (Ljubliana 2007), Napoleonic Museum and the Pastificio Cerere Foundation (former pasta factory), (Rome 2007); Wuk (Vienna 2004); Magazzini Generali (Rome 2003).

Senza Titolo, a digital photograph and one of the award-winning works at the Terna Prizes 03, is a shot of an action realized within a collective exhibition that the artist sets up in a corridor – a space in the basement of the building in which the same exhibition took place. The doors have been removed from their original positions and placed diagonally between the walls, thus becoming «the creation of a suspended moment and the opening of a possible portal, after several weeks the doors then relocate to their original positions». 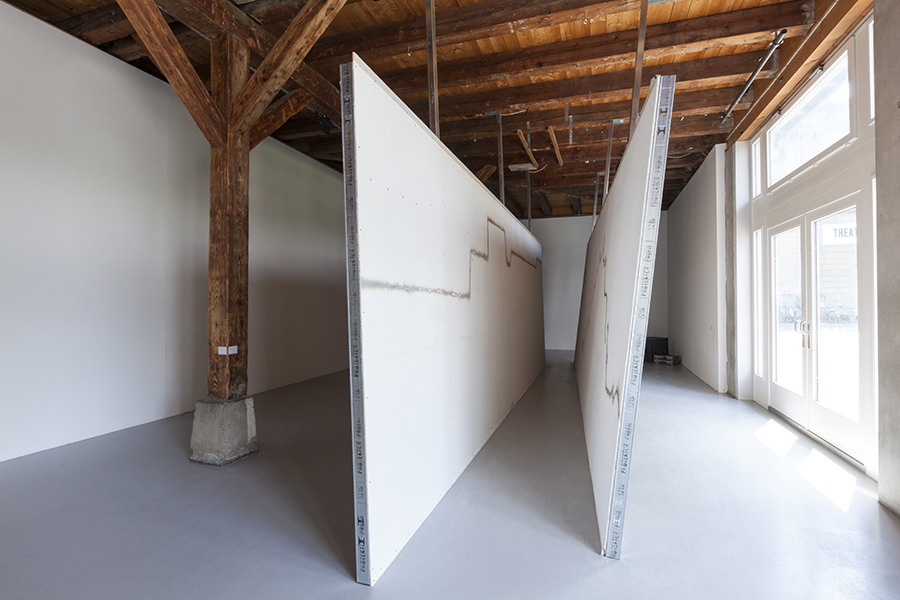 I don’t believe there is a general role for artists, thus I think an artist’s position and his spheres of interest and action have not changed.

Art has not increased its commitment towards social issues. Previously unavailable means have allowed an artist to increase his cross-dimensional contamination compared with the past. This has led to the concept of globalized art that is not always real. 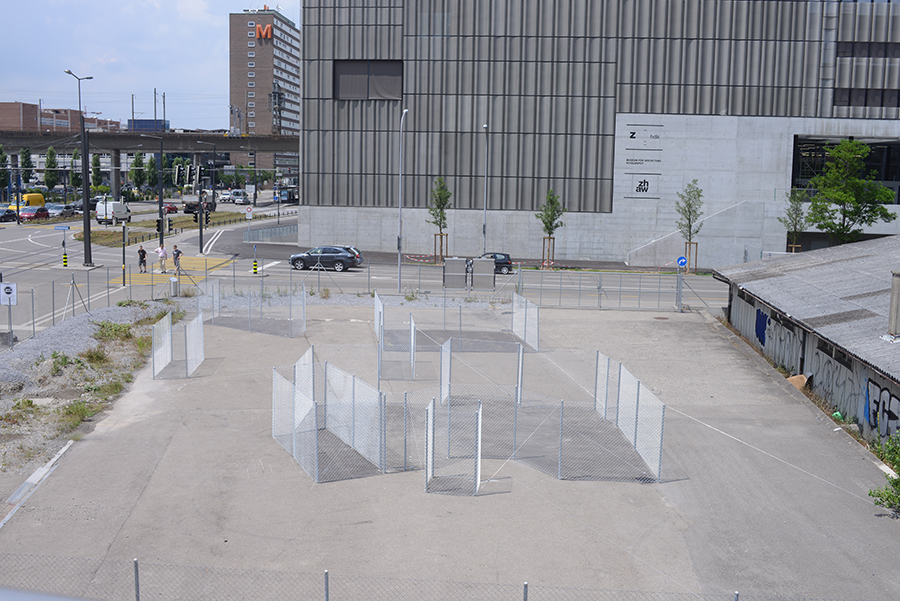 Do you remember your participation in the Terna Prize? Was it a particular moment in your development?

Yes, it was a particular moment, since a few months later, possibly even a year, I moved to Switzerland. 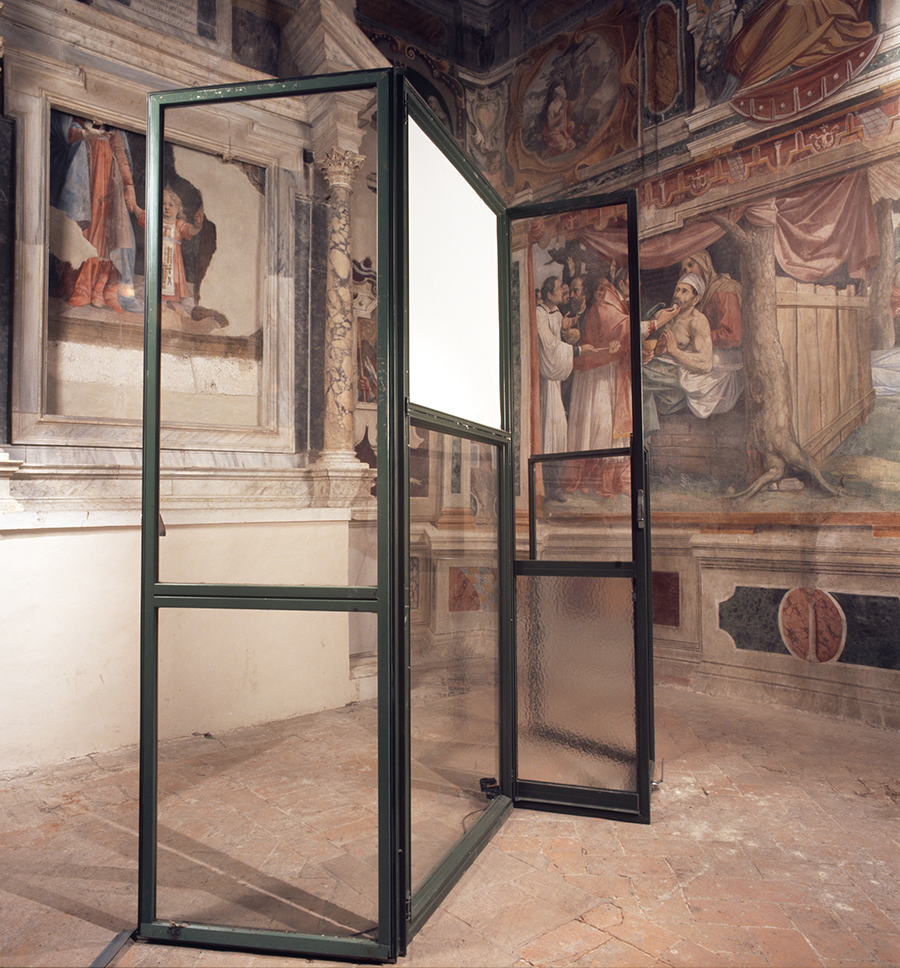 jIn what direction has your most recent research developed?

My most recent work explores the relationship between physical space and the way it changes. In several works of mine, the economic factor acted as a catalyst of this dynamism.

How did you develop an interest in architecture and space? What is meant, in terms of a spectator’s experience, by an encounter/dispute with photography?

The space is the area we live in and engage with and my work has the same objective it attempts to achieve position itself. Photography creates an instant image and explores this movement. 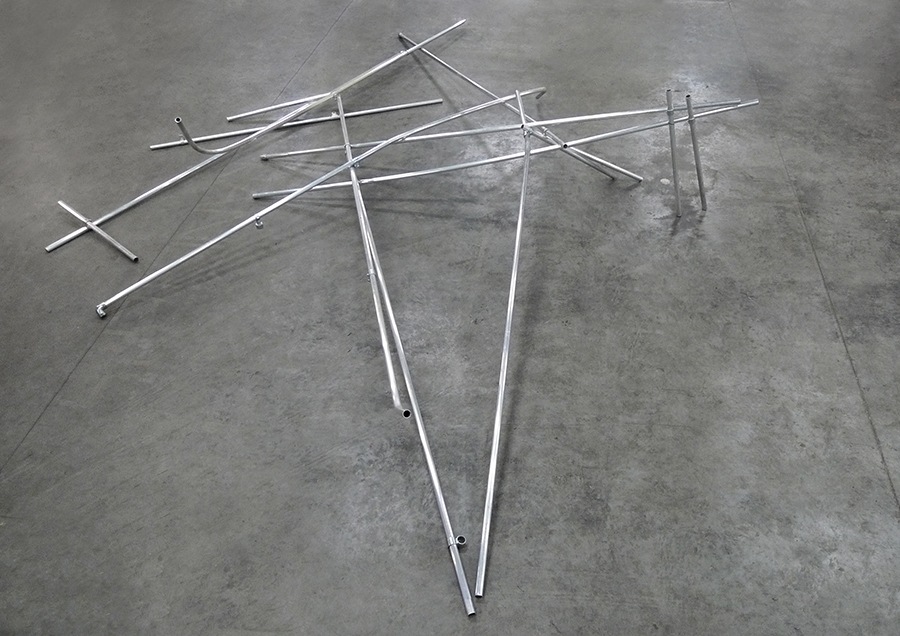 Italy lacks a collective form of acknowledgement of the role of art and of contemporary artists and in this connotation, institutions reflect a separation that often materializes in a lack of interest, of support and of future projects. Companies like Terna build on art by evaluating and nurturing an interest for artistic processes, but many shortcomings can be found in our country as a structure. We are lacking a concept of structure and, on an institutional level, politics intervene excessively and impose its own timeframes, thus hindering the development of a structure. This does not occur in other countries such as Switzerland in which there is a direct perception of a solid and long-lasting structure.

The Terna Prize chiefly represents a place, especially for younger and less organized artists, who lack their own gallery etc. and an initial form of possible economic support; it also represents an opportunity for international exchange, by means of the hosting country strategy. 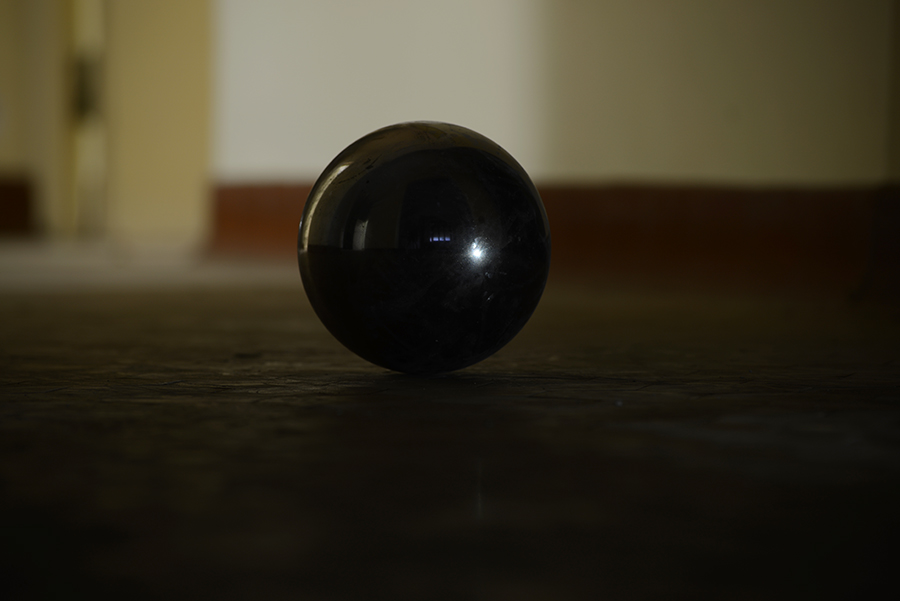 Do you think that the Terna Prize formula is still relevant for the promotion of art? Do you have any suggestions for the next edition?

I believe that Terna’s commitment reflects a modern way of promoting art. I argue that we should invest more on ongoing support: an artist may display his/her work in Beijing or Moscow at an exhibition as part of the Terna Prize, but in order for this concept to become effectively constructive, a connection between the artist and the location in which the exhibition takes place needs to be established. This could be achieved by providing the artist with the opportunity to prepare his work and conduct research on site. This would strengthen networking with local institutions and curators and the foundations would be established for a new on site project that could possibly be shared between the winners. Terna could become a promoter, producer and, to a certain extent, a beneficiary of this work. 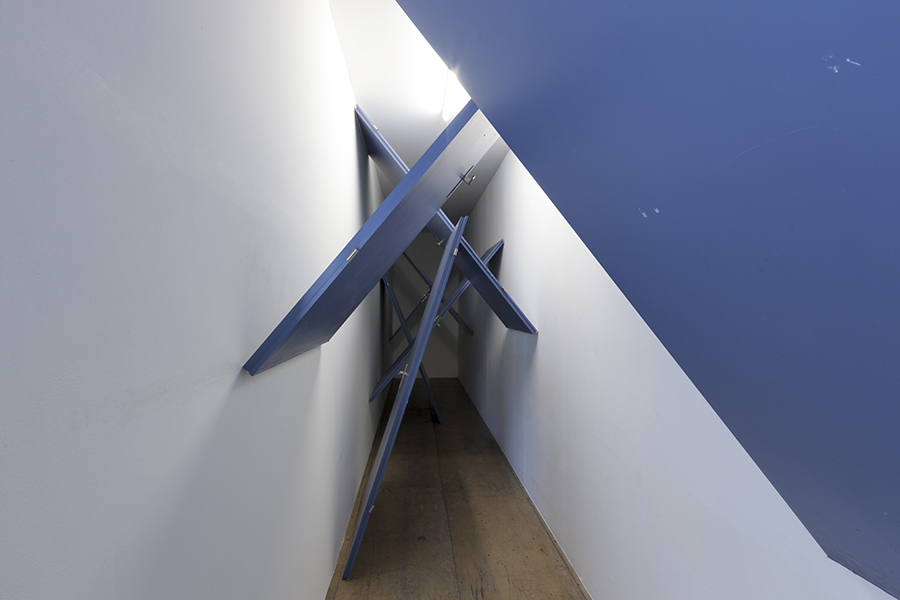