Simone Cametti was born in Rome in 1982; this is where he currently lives and works. He initially attended the Academy of Fine Arts (Urbino) and then the Rome University of Fine Arts (RUFA) where he graduated in Sculpture. His academic development includes the Internship of Excellence – TAM Artistic Treatment of metals, held by Arnaldo Pomodoro under the Artistic Direction of Nunzio and with the cooperation of artists Davide Orlandi Dormino and Alessandro Baronio.

The aim of his research is to identify, in an essential and concise form, the resulting effects of the relationship between man and nature, the living materials within the places that permeate this relationship and with which an empathic connection is established. The artist pointed out «What I’m interested in is the relationship that I, as a human and living being, establish with the surrounding landscape […] the actions of men that shape nature and create something new from it». A gesture is a fundamental element of his poetry, an action with which he models the materials that distinguish his work: marble, metals, organic materials, natural elements combined with the most recent technological products give birth to installations, images and sculptures that conceal my thoughts.

His main exhibitions include solo shows such as Propoli, at the Il Segno Gallery in Rome and Prayer mat at the International Centre of Contemporary Art (Colonna Castle – Genazzano). He has been invited to take part in several national and international collective exhibitions including Nell’acqua capisco, a side event of the 55th. International Exhibition of Art – Venice Biennial, Flash Art events in Milan, Mont’oro and Art is Real in Rome, Ostrale 013 at the Zentrum für zeitgenssische kunst in Dresden and the Studio Pivot – START Art Fair at the Saatchi Gallery (London).

His work entitled Ashhadu anna la ilaha illa-Llah, Ashhadu anna la ilaha illa-Llah received the Terna Prize 04 (within the Gigawatt category) and is a digital photograph (UV print on aluminum) depicting a specific performance by the artist: throwing stones on the surface of a frozen lake and recording the acoustic effect by means of a recording device installed underwater. The basin becomes the resonating chamber of a man-made sound produced «by initiating a mechanical reaction between two natural elements». 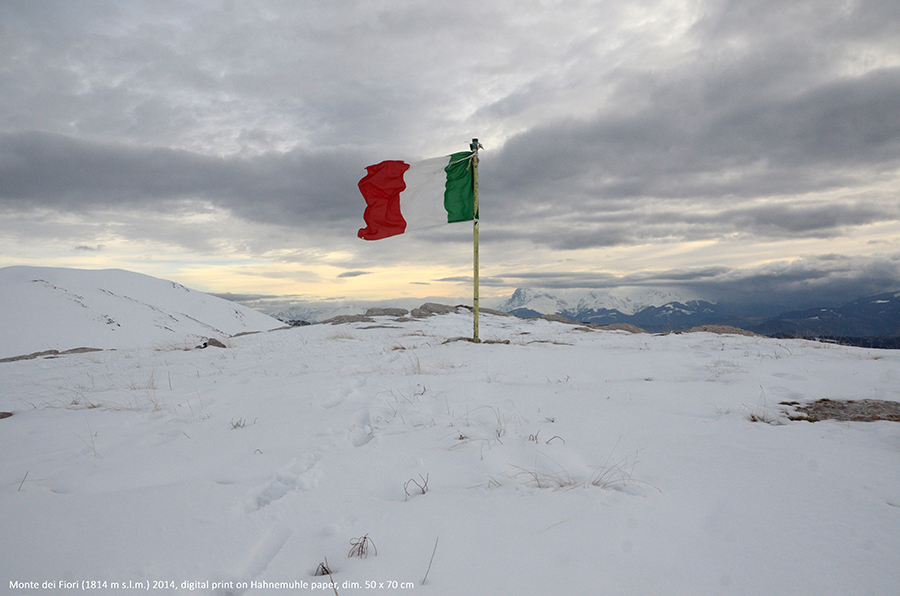 Needless to say art is a mirror of future society, but I don’t think this statement is true for the historical period we are currently living in. Art narrates and deals with issues, but I don’t believe that we are currently experiencing a period in which art has the ability of predicting and narrating the future. The current period is not productive on a social level, at least as far as the repercussions it has on what goes on around us. Many works I have seen are inspired by a society that is currently undergoing change. Therefore, art does not currently provide a description of the future, but is limited to a depiction of the present. I believe that XX century art (from Duchamp, to Arte Povera and Minimal Art or Pop-art) were advanced forms of art, i.e. it had the ability to provide insight into the future and was the first to convey this vision. Currently this is not the case, it is as if there were a big melting pot filled with the visions of artists who are looking at society and providing their reinterpretation of it.

During one of its first editions, Terna Prize issued a foresight research on the condition of art in 2010-2015. The results provided insight on what is effectively the current scenario. The results also indicated that the crisis would weaken any remaining dependency on dominant rules and increase the social role of art. Do you believe this is actually happening?

Crises lead to a «return to order» and, in my view, the current crisis has brought several positive aspects. First of all, art is being filtered. I hope that art becomes known for what it actually is. At the moment, I am quite critical of the artists and the work I see around. A lot of work is being created on the basis of an impulse caused by a specific moment in time, and it fails to consider the historical background of that moment. This leads to works simply representing an obvious result of the current historical period. I sincerely hope that the current crisis eliminates art based on instinct, moved by an excessive dreamy-like state of mind, lacking any form of rationality and awareness of the underlying causes. A work of art should begin and develop over time and sometimes it requires a very long time to reach a mature stage. 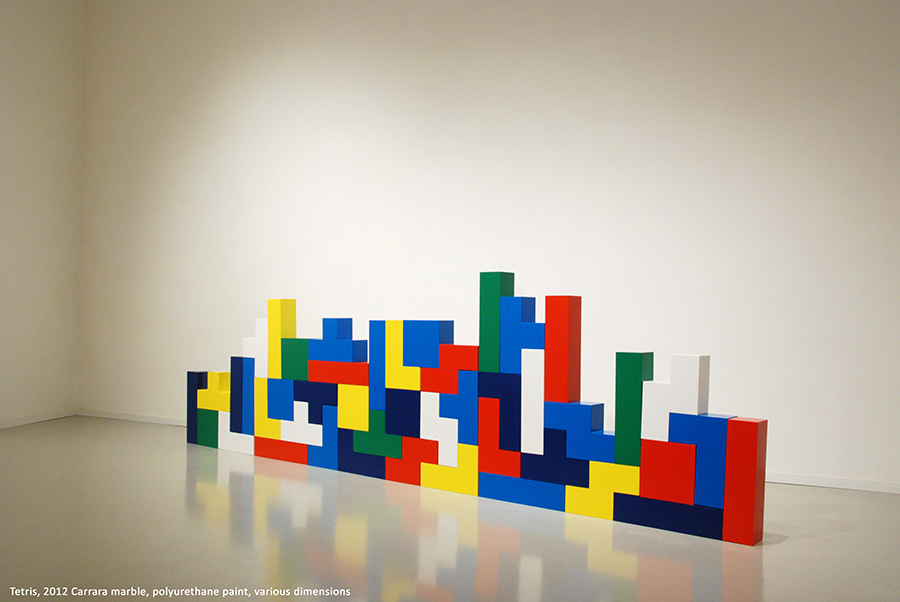 What did your participation in the Terna Prize mean in terms of your experience and research?

The Terna Prize provided me with the opportunity of staying in Russia for three months, an incredible journey in an incredible country. This has been an amazing experience, although during the three months I did not have any contact with Terna or the MAMM (the museum I would be staying at).

I’m not sure what is currently taking place in other parts of Italy, however I believe Rome reflects the country as a whole. There are no appropriate spaces available and the State does not engage in any activity that would bring visibility to its artists neither does it invest in culture. The professional development of individual artists and their international visibility would greatly benefit if the State increased its support for creativity. As to which country I believe performs best, I would say America. Berlin is full of people, both artists and non-artists. Galleries are no longer selling anything because there are too many artists. France is working better than us, but isn’t far ahead, while England is isolated in a kind of shell and only produces English artists. Awards are only available for English artists.

As a good Italian citizen, I prefer to stay in my country and tackle the relevant difficulties. If, however, someone were to ask me where I would like to go to continue my artistic development, that place would have to be New York. 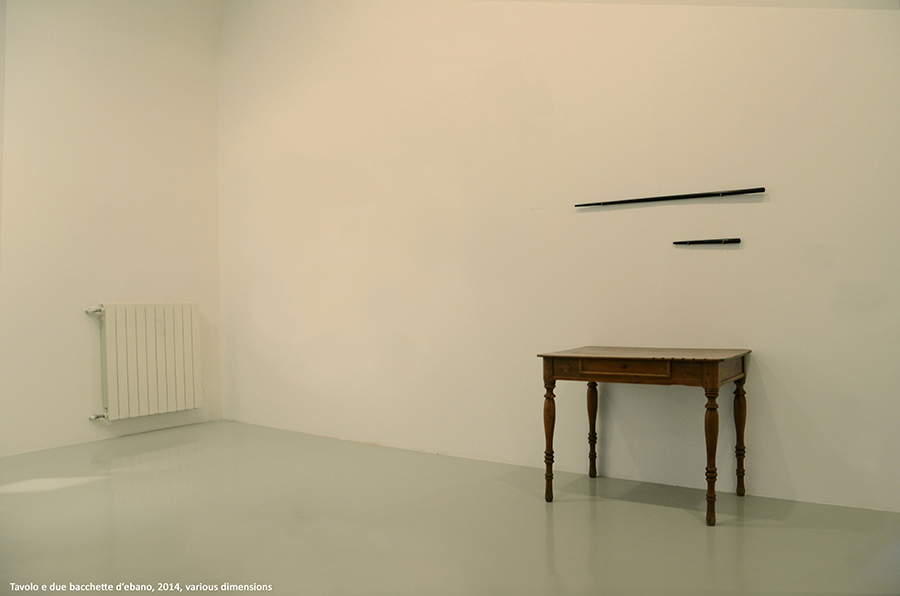 How important is the availability of laboratories for an artist, such as yourself, whose research focuses on experimenting different materials? Which structures offer this kind of opportunity in Italy?

Obviously, laboratories are an important place in which experiments can be conducted. It is also important to work together with other artists to create the appropriate spaces. This year, me and a good friend of mine, wanted to begin organizing unlawful occupation of abandoned places in Rome, with the objective of transforming them into art studios. The people we would like to include in this project are almost all well-known artists. We would like to work together for a shared project and use this as a starting point to raise the awareness of art galleries, curators and collectionists, much like the pastificio Cerere (a former pasta factory), but as a result of unlawful occupation. We have the idea, but we still need to understand how to implement it and if sufficient energy is available for a commitment that would involve several years work. There are currently many places in which artists join together but they are not backed by an “art system”. This approach is not particularly productive and only leads to the redevelopment of certain areas. 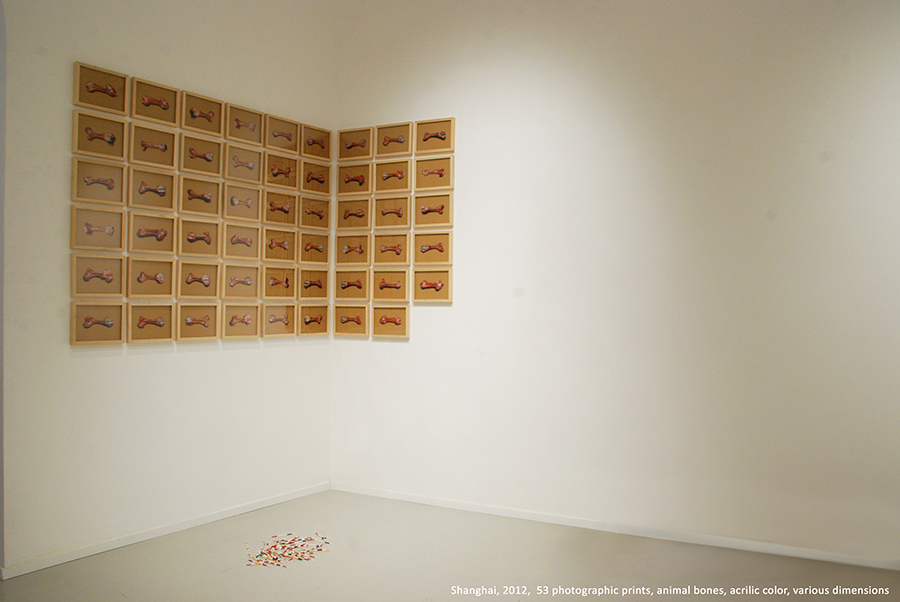 In what direction has your most recent research developed? Specifically, how do you relate with material [with material I also mean audio material] and techniques when your objective is to materialize the information and data belonging to a physical dimension?

My work shows that I attempt to use a bit of everything in a comprehensive fashion, from sound to video. I began with photography that I nurtured almost on an exclusive basis for six or seven years, I then moved on to sculpture and finally integrated all these techniques into one.

I am attempting to bring sculpture into a single photographic image, or to extract a video from a photograph so as to create an installation that interacts with its surrounding environment. Therefore, my work goes beyond the object and beyond a work of art that has been developed merely to be put on display in an art gallery. This is a more complex concept and I am attempting to convey it to the youths at the Academy in Rome. In other words, I am attempting to teach them how to look beyond a single technique, be it painting, sculpture etc. One needs to use his own reasoning to create the most appropriate way of expressing himself. 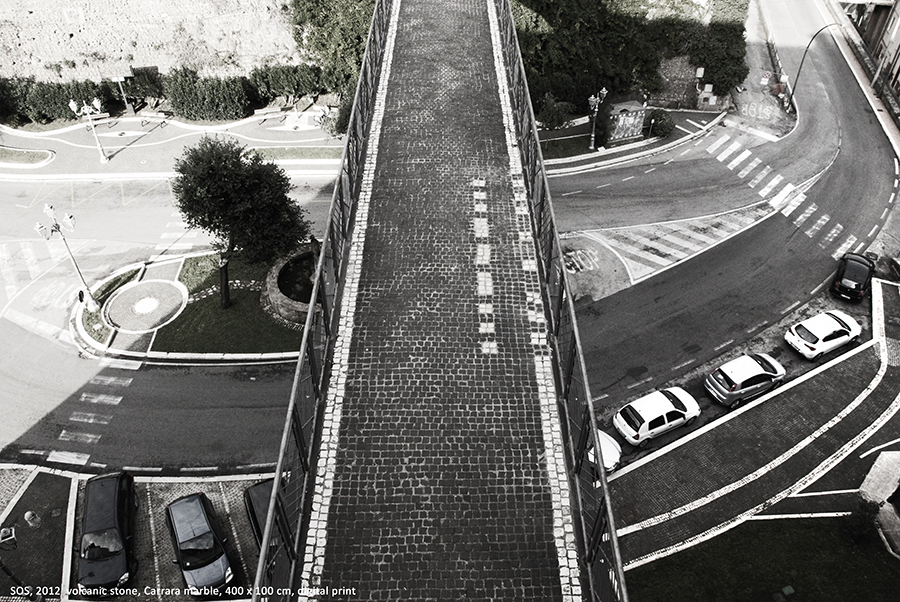 Terna is a company that provides energy to our Country. By committing to the Terna Prize our company focuses on transferring energy to art and culture and creating a network to support and develop talent. Do you think that the Terna Prize formula is still relevant today as a means of promoting art? Do you have any suggestions for the next edition?

I believe Terna is a good award and many skillful artists have taken part. There are hundreds of participants, however it is an open-entry selection, free of charge, something I agree with. Exceptional artists have taken part and have then gone on to have successful careers. However, I believe that the award, as is the case for other awards in Italy, requires increased support by the State. We should be learning from countries such as America and England in which awards lead to generous economic support for the artists’ productions as well as greater visibility. 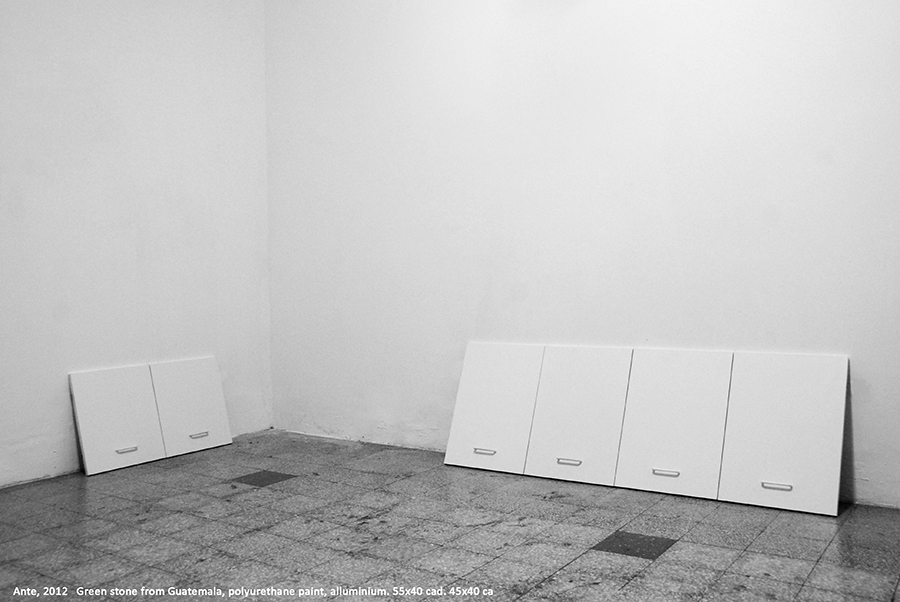