Vanessa Alessi was born in Palermo in 1979. She currently lives and works in Berlin. After graduating in Architecture at the Milan Polytechnic (Politecnico di Milano) in 2005, she was awarded a MA in Scenography in 2008 from the AMU Academy of Performing Arts in Prague. By using different media and working with several professionals – including sociologists, philosophers and musicians – she is conducting multidisciplinary research focusing on the concepts of boundaries and transition within processes of identity creation/dissolution. According to the artist, «boundaries that have led us to it and of the social context in which the boundary is experimented. With this in mind it is on the potential boundaries of a system, and not within it, that I focus on.(…) Each work of art is a manifestation along a process of which we are only aware of previous events, it is not even within the control of its creator».

Her work has been featured in numerous national and international galleries and institutions. These include: Kreuzberg Pavillon (Berlin, 2014), Schau Fenster (Berlin, 2014), 798 Art District (Beijing), The Thermae of Diocletian (Terme di Diocleziano) (Rome, 2014), Archaeological and Scenic Park of the Valley of the Temples/Villa Aurelia Gardens (Parco Archeologico e Paesaggistico della Valle dei Templi/Giardino di Villa Aurea) (Agrigento, 2014) and Hadrian’s Temple (Rome, 2013).She has conducted research at the Milan Polytechnic in the Laboratory of Urban and Architectural Layout coordinated by Maurizio Carones as well as working as a performer and scenographist at the Museum of Czech Fine Art and the Divadlo Na Zabradli theater in Prague. She received an UNESCO Award for her work at the Scenography Quadrennial in Prague (PQ 2007), DAMU Pavillion. In 2008 she received the AMU Dean’s Award 08 with Monsters of Grace, a thesis project including music by Philip Glass. In 2014 she took part in the FAM giovani Award for Visual Arts and was a finalist in Centro/Periferia, an international competition for young artists established by Federculture.

W-HOLE, one of the award-winning works at the Terna Prize 05, is a see-through flag that the artist raises in places she has lived or stayed in, and in landscapes she associates with «home». During the Prize, she presented the first photo of the series, taken in Agrigento (her home town) on a hill overlooking the Mediterranean. «W-HOLE is about the need of belonging and the sense of loss. The Loss of a fixed place alters the space of orientation. The mental geography becomes deterritorialized: the loss of a physical place creates Migration ultimately eroding the notion of a limit bringing up an indeterminacy that eludes spatial and temporal horizons. […] The transparent flag – not filled with colors of belonging – it drifts in the wind taking on the appearance of the somehow random landscape surrounding it». (Carolin Deufhard, sociologist).

What role does an artist have in the current art system and in society?

The Art System is a paradox in itself since art cannot be a system; true art should go hand in hand with anarchy not with set rules; it should overthrow Institutions or at least have this as an objective. The role – and the duty – of an artist cannot be separated from his/her authenticity, they can be nothing but the result of an innate necessity. This interior imperative lives inside each artist who as a result of a curious condition of their soul are in their own way Deviants, because they violate the collective imagery, because they find it extremely difficult to embrace social rules, because they are continuously asking themselves questions that might always be left unanswered and because – as an inevitable consequence – they decide to live with failure, and with a subtle but ongoing sense of social marginalization, in their juvenile inability to understand – as a privilege or vocation – the word compromise. But it is precisely by not accepting and thus deviating that we are forced to look beyond and infringe the boundaries of social imagery. 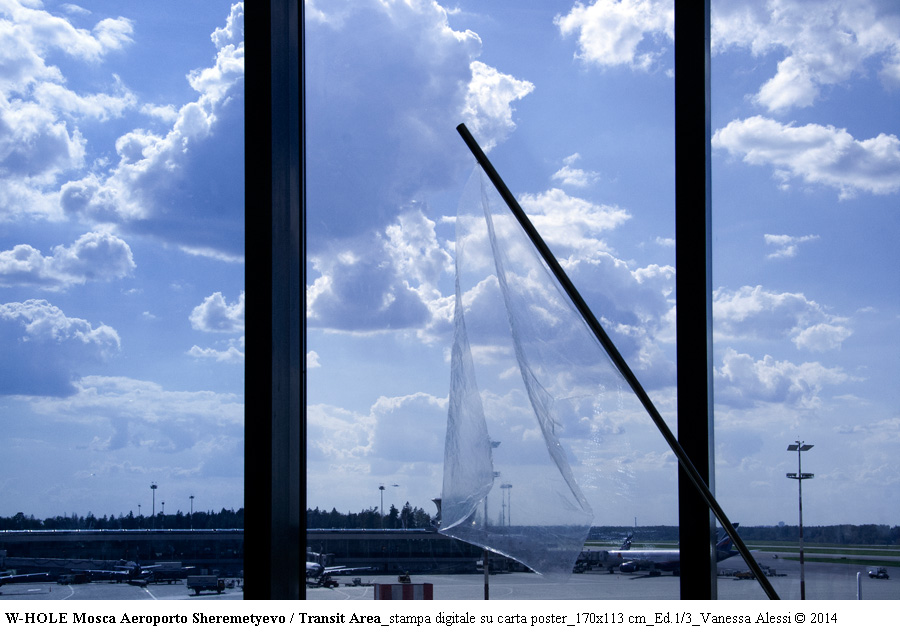 The social role is a main topic of many recent debates. The very fact that we speak about it is evidence of a collective illness, the constant need to free a discipline that continuously runs the risk of aging within elite clubs that we artists dance around like little monkeys. Social commitment is a possible remedy, but it is not the only solution to a critical point that has on a larger scale been raised against other disciplines that are currently forced to re-interpret, their own meaning. Art, design, urban planning, theater, sociology, philosophy… may all escape the claustrophobic sensation of niches through dialogue. A pre-existing dialogue that today appears to accept the fact it raises unstable and unresolved issues, as the reflection of a society that experiences the growing impossibility to acknowledge the boundaries between topics belonging to the same debate. Boundaries become increasingly perishable, as a result of a crisis that has also influenced social rules that dissemble as a result of a strict chess-board like hierarchy and reassemble into a model with the structure of a flexible network.My research would be of no value if it did not rely on crucial cooperation with others. One shouldn’t be continuously worrying about which square on the chess board he/she should fill, but should attempt to embrace a process. 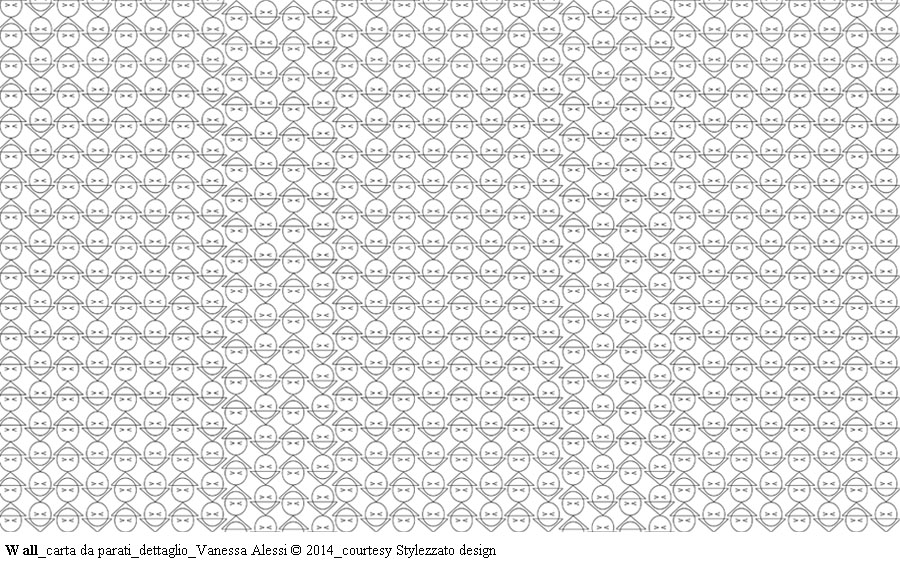 How did your participation in the Terna Prize influence your experience and research? What real market and other opportunities has it led to?

I am a deviated architect with a self-taught approach towards contemporary art. In my particular case the Prize meant a lot. Several art curators were thus able to acknowledge my research and provide me with valuable opportunities. Could you provide us with some examples? I was given the opportunity to work in unique locations including the Parco archeologico e paesaggistico della Valle dei Templi di Agrigento during «Sub Divo/sotto il cielo» (Sub Divo/beneath the sky), an exhibition organized by Giusi Diana; My work was featured in several exhibitions in Berlin, including «Give Way to Give a Way» at the Schau Fenster organized by BOCS-Catania or the most recent exhibition It’s not about pain when you look at it inaugurated last September in the Kreuzberg Pavillon;and I was able to participate in an independent trusteeship project in Beijing organized by Catherine Cheng. The Prize provided several concrete opportunities thus leading to new encounters and travels, but it also strengthened that inner drive that every artist craves for and raised my awareness of just how long, unpredictable and almost inaccessible the route through the colorful jungle of Art really is.

I have been living in Berlin for two years. Just like any other city Berlin is the result of its history: when the wall was still standing the people living in the west were not required to do military service, thus making this side a nest of free spirits escaping from the rules established from above. A chain reaction thus led to an Island of increasing creativity, resulting in a cultural circus in which the variety of the landscape matches social variety. Culture has become a part of our daily lives and is a fundamental factor in the capital’s economy. Berlin has everything one can possibly require from a city at prices that are accessible to an artist and continues to attract creative professionals from all over the world as a result. A side effect is open-mindness, an attraction towards novelty, freedom of expression and a concept of value that is not determined by consolidated fashions that have developed over the years. Imagination, the ability to transform reality, has healed the city’s scars: a discontinued airport home to many fighter planes is now home to a park and kites can be seen flying in the wind, the top floor of a church now consists of apartments to let, a go-kart track hosts performances, a household bathroom is the location for an exhibition, sometimes this city is capable of offering a view of the sea despite lacking a sea. What is Italy lacking in terms of support for creativity? I would say the poets, artists, researchers, artisans, thinkers, visionaries and rebels that flee from our country on a daily basis with a baggage full of imagination. A place’s identity is made up of the people that inhabit it and a Society that accepts conformity, by medicating unconformity, is really missing out.

How much time do you spend on pure research?

Research cannot be calculated in time units because it is a condition of the soul. At any one time we could be focusing on a book, a person, a journey, an unforeseen event or an object that we encounter. The genealogical tree of a work of art is the story of the boundaries that we travel along, of the choices we make or decide not to make, the result of a crisis that cyclically comes back and invades the space of research in an incontrollable fashion.

What are your literary references?

The great thinkers, that are often the biggest rebels. Simone de Beauvoir and her husband,Erving Goffman, Sarah Kane, Woody Allen, Luigi Pirandello, Fëdor Dostoevskij, Franz Kafka, Eugène Ionesco, Arthur Rimbaud, Dylan Thomas, Philip Roth, Pier Paolo Pasolini, Michel Foucault, Gilles Deleuze, Judith Buttler … the list is really to long for the purposes of this interview. I would like to add that I adore cinema, design, architecture, cuisine, science, music and whoever has analyzed these disciplines with a critical eye. I believe that every artist has a general knowledge on everything though not professional. 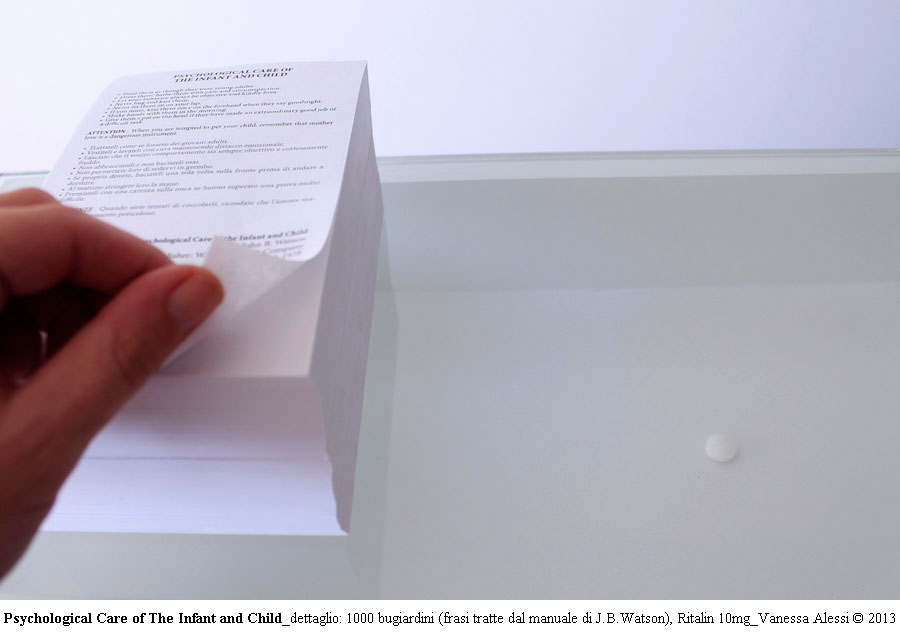 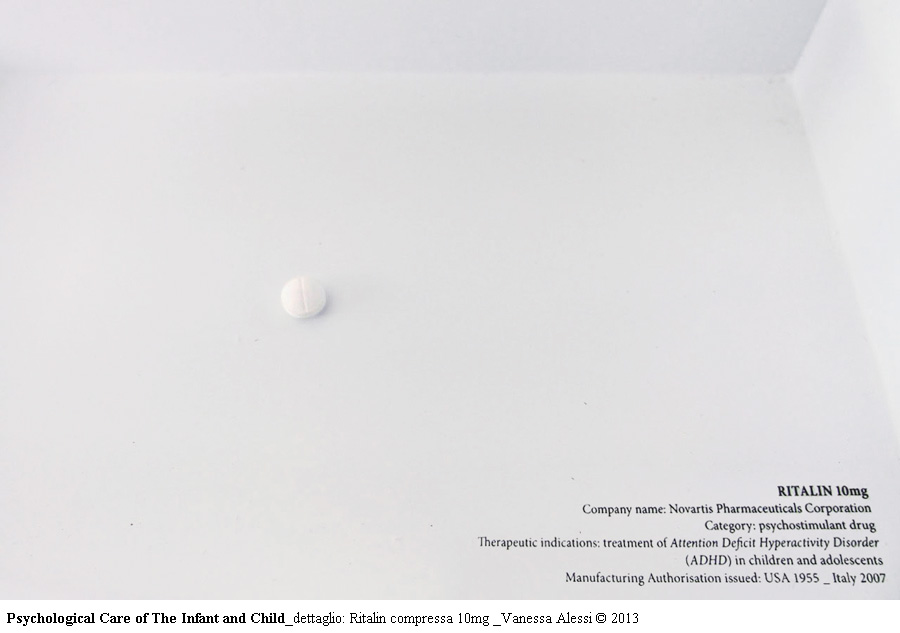 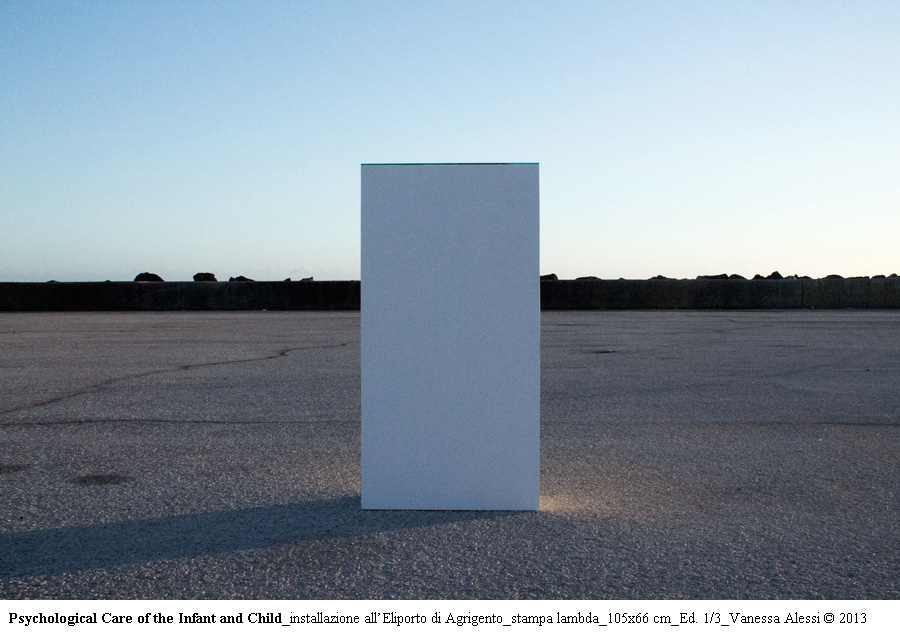 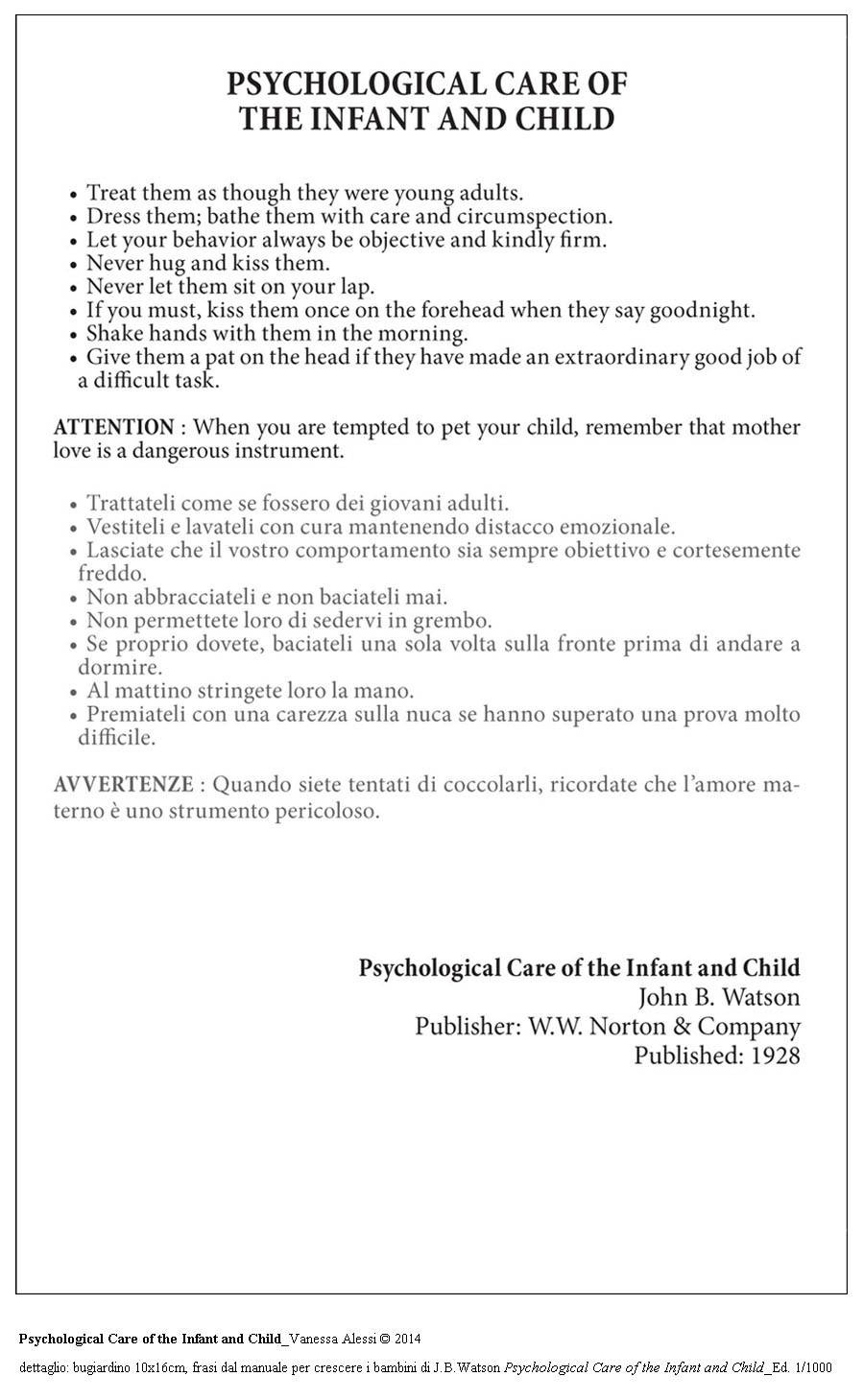 The concept developed by Terna works simply because it implements a business approach towards the irrational system of art. Many competitions and Institutions in Italy promote a false sense of positivity that is often concealed within the word visibility. Art cannot be managed solely by creative professionals and intellectuals or bored and acculturated bourgeois, it also requires professionals with business skills who are able to put a stop to money wasting and channel funds accurately, allowing talent to be promoted because, just like everyone else, an artist needs to eat, pay rent and bills. Many talented people leave the art network because they cannot rely on grandparents, husbands or parents to help them out or because they simply do not have the strength to continue working to keep up what is really a second job. Art should not be a privilege. Fortunately there are some very good exceptions. In terms of ideas for the next edition of the Terna Prize, I would suggest offering prize-winning artists an opportunity to redevelop forgotten or scarred locations in Italy. In this way artists would be at the service of our communities and redesign our cities. 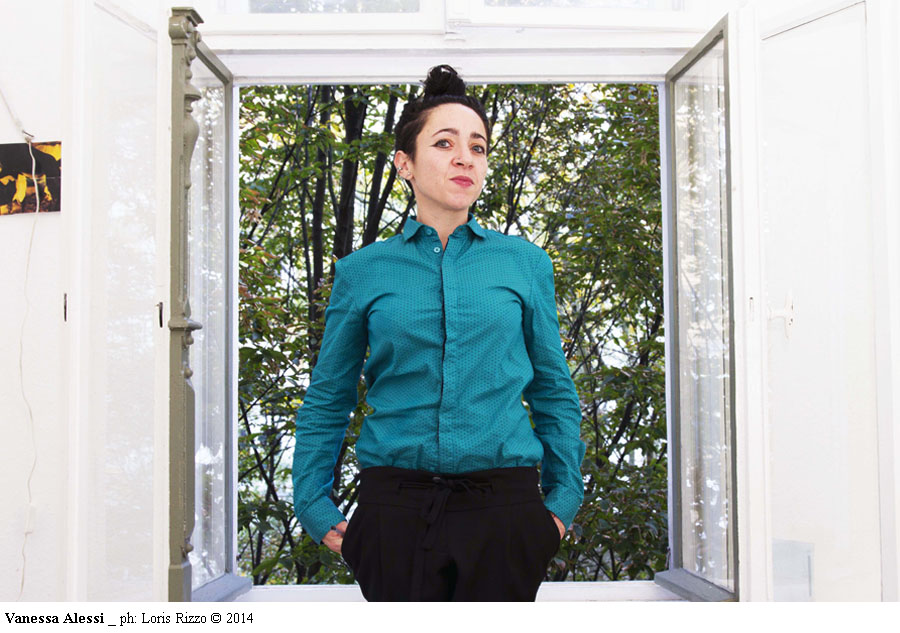