Internet is not Forever

“Internet non è per sempre”, the two-man show of Tuscan artists Guido Segni and Luca Leggero, curated by Alessandra Ioalé and held at the BAG Gallery in Parma, is a confrontation which highlights the different approaches and points of contact between two bodies of work, with a particular focus on pieces that explore the presence of the internet in everyday life. All this translates into a chronological and thematic exhibition that includes a series of works created between 2013 and 2015, the forerunners of future projects. 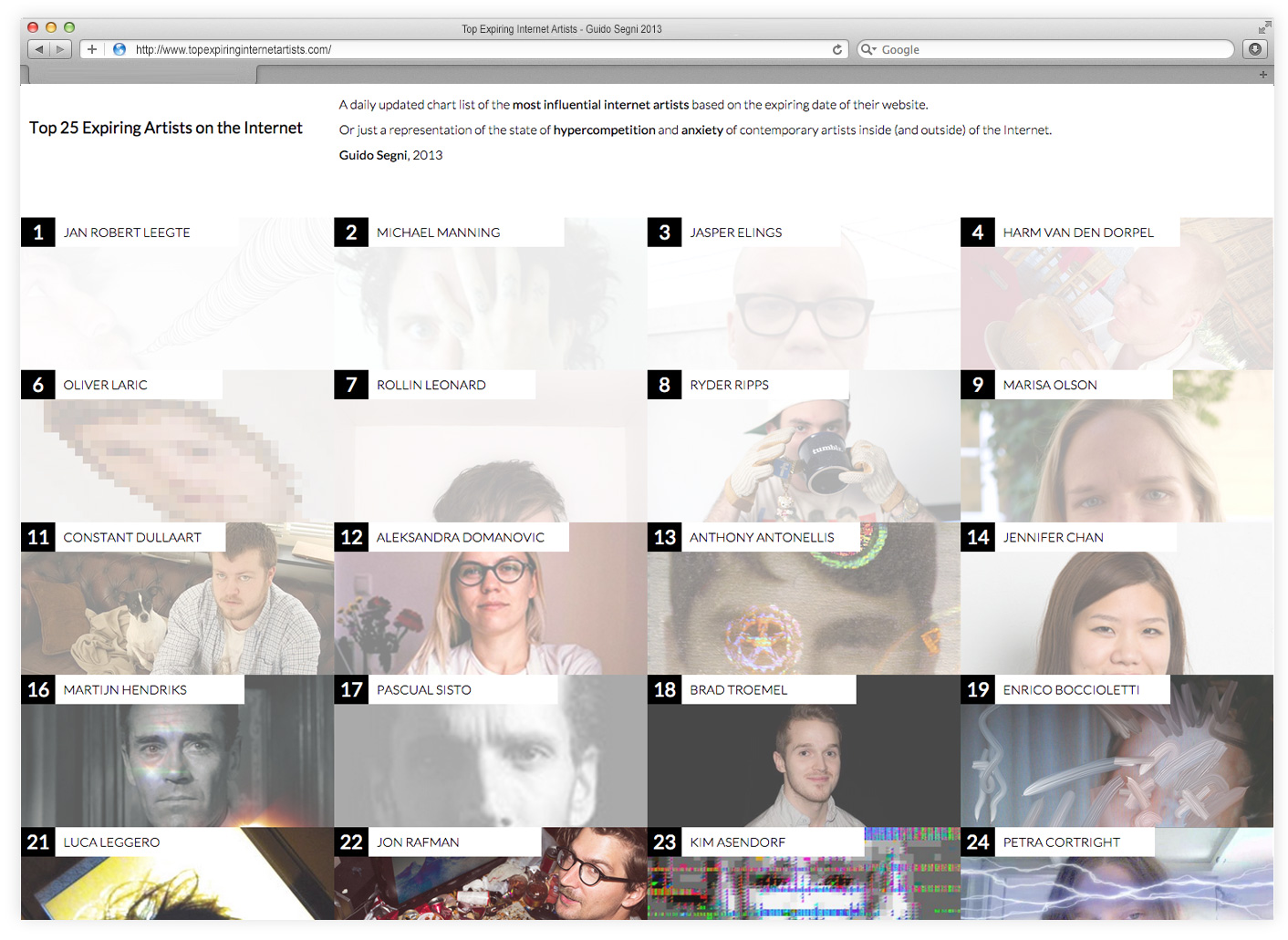 From the two artists’ early web-based projects in 2013 – reflections on planned obsolescence – through projects like the algorithmic performance A Quiet Desert Failure developed by Guido Segni in 2015 and the Google Art On Canvas series of paintings begun by Luca Leggero in 2015, which extend such reflection to the online content of image databases stored in the Google Maps and Google Art servers.

Then there are works of a more critical – and the same time more ironic – nature, such as Leggero’s Facebook LGBT Flag from 2015 and Segni’s online video performances Work less Work all from 2014, which consider the mass phenomena generated within the very systems of the digital or post-digital age in both the socio-cultural and the work environment. Lastly, we encounter the two artists and their work once again in two previously unseen pieces produced between 2016 and 2017: Guido Segni’s bas-relief Verba Volant and Luca Leggero’s series of sculptures Google Material Art. A limited edition catalogue will be available to accompany the exhibition