A festival about the innovative power of art

The second edition of the art + b = love (?) festival, which took place from 4th to 8th April at the Mole Vanvitelliana in Ancona, presented a packed programme of talks, workshops, opportunities for reflection, performances and shows. The outcome is a determination – and a need – to take another look at the latest phenomena occupying the spaces near the border between creativity and planning from a perspective geared to repositioning the role of art in contemporary society. The approach of the event’s curators and artistic directors Cesare Biasini Selvaggi and Federico Bomba arises from their observation of the chemical formula underlying the most important nuclei of research and development, which in recent years have shown a growing interest in the enigmatic personality of the artist, seen as a catalyst of knowledge and a creator of possible future worlds. 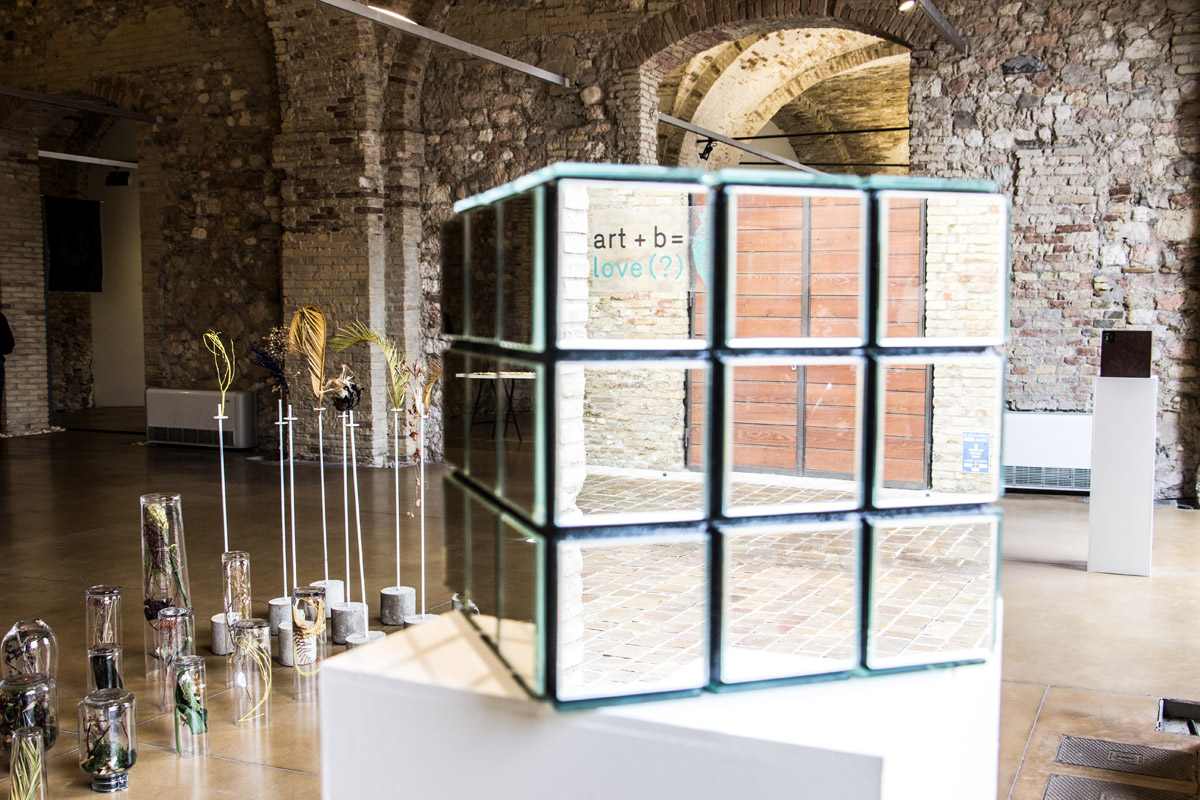 The festival is organised by Sineglossa Creative Ground, supported by the Agenzia per l’Italia Digitale and made possible thanks to funding from the Marche Region, the Municipality of Ancona and public and private sector partners; its aim is to turn the spotlight on the virtuous circle that emerges when art, scientific research and business collaborate to generate “a process of social, economic and industrial innovation”. The expository section of the festival thus offers an eclectic snapshot of ongoing phenomena which, in the case of Physis – with works by Ana Mrovlje, Paola Tassetti, Claud Hesse and the Polisonum collective, curated by Butik collective – serves as a reflection on the way in which “the contemporary artwork, overturning any gender boundary, is appropriating new tools”. 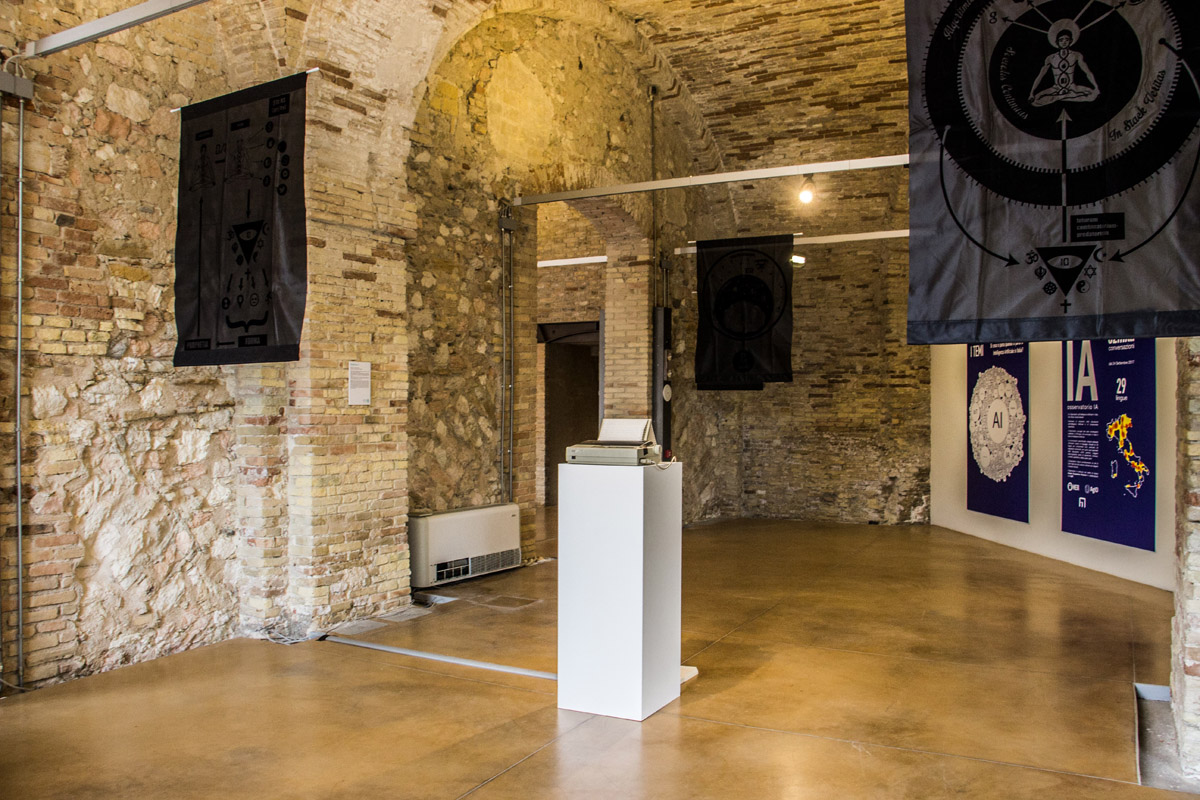 Completing this section are Real Shit, a commercial project constructed by Maurizio Cattelan and Pierpaolo Ferrari, FiveWordsForTheFuture, a comment on the future created by Noema, and Stakhanov, a visionary work by Salvatore Iaconesi and Oriana Persico, created from an analysis of the mutation of human desires and habits.

In imagining a new cosmogony associated with the great web stacks – Apple, Google, Facebook and Amazon – and drawing on the public traces left by users, a roller printer generates predictions about the future of individuals, revealing the back story of the world of contemporary information technology and raising awareness of the extra-ordinary nature of the technologies that accompany human life. It’s a process, as the artists explain, that “places us as humans on the planet, in relations with others for our work, our freedom of expression and our fundamental rights”. 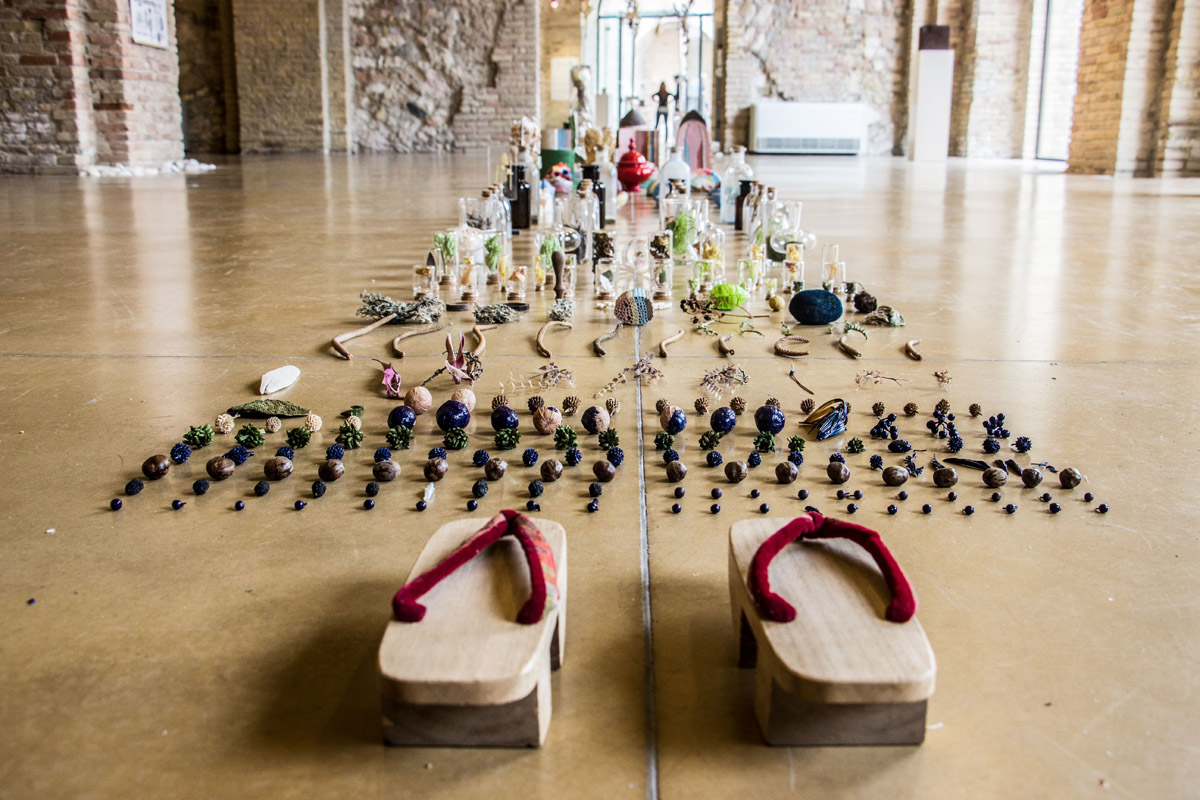 The tendency to anthropocentrism and the focus on enhancing the manual and mental possibilities of humans displayed by the exhibited works thus become a fitting accompaniment to the recovery of never-forgotten links with one of the most fruitful periods in Italian art history, the Renaissance.