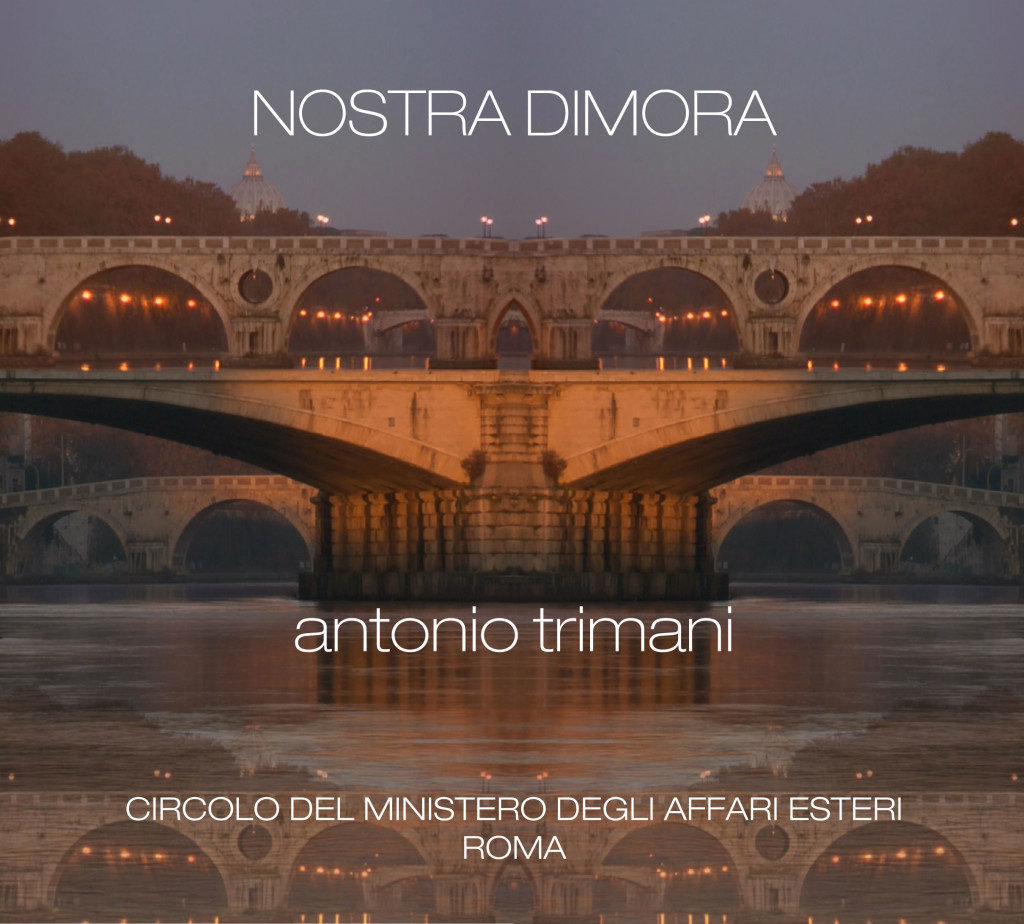 Nostra Dimora is an exhibition by an artist working in Rome who is Roman by adoption; a homage to the Eternal City bisected by the river Tiber, from which many historians believe it took its name. Indeed, the ancient watercourse was once known as Rumon (having previously been called Albula, and later Thybris).

The setting for the exhibition is a very special place, reclining on the banks of the Tiber among a park of pine trees which make it a unique location. It was the deliberate intention of the video artist to connect with this landscape. The four installations chosen by him  establish a dialogue with the setting, and also an emotional relation with the contemporary art collection in the Circolo. The space is invaded by digital works, moving photograms,  which engage viewers and demand all their senses. The effect is hypnotic and dreamlike at the same time, the feeling of disorientation is heightened by the imperceptible border between the apparent and the concealed, the fine line between true, visible and illusion.

Trimani creates video installations in sombre, severe tones. This is one of the distinguishing characteristics of the rigorous and classical style of the works on display, which visitors to the Sala degli Artisti will have the opportunity to perceive through the formal elegance of their composition. 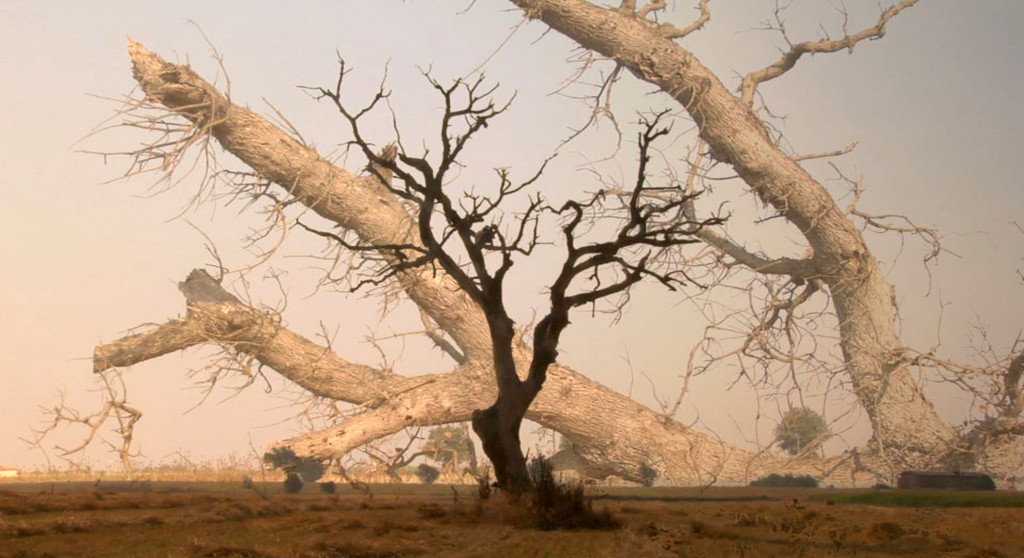 In his video Flussi, (shot under the bridges near the Tiber Island), great attention is paid to masterpieces from Art History: the architecture of Rome’s bridges, superimposed on each other, evokes the bold cityscapes of Piranesi. An illusory barrier separates them as the light of dawn reveals a panorama rich in architectural references and details. The images appear to draw the viewer in slow motion into an unreal world. Only the final photograms bring us back to reality.Other installations transmit an oneiric atmosphere, evoking a world made of dreams. The emotional indiscernibility sought by Antonio Trimani removes the viewer from everyday reality, easier to decipher.

The enormous mass suspended in mid-air in the video Rivelazione towers over a Mediterranean landscape, revealing and denouncing the fragility of our world, the precarious nature of our existence. In recent years, Antonio Trimani’s work has focused on the latest technological innovations: he has taken LCD and LED screens and modified or deconstructed them for his own artistic purposes. He uses the newest mediums, the most complex recording systems and ultra high-definition video. The result of this passion of his for technology and for finding new tools for expression is apparent in his installations from the very first instant.

Like Piranesi’s etchings, some of his works are reinterpretations of masterpieces on loan from artistic currents which have explored the subject of imaginative illusion, like Magritte and Salvador Dalí. Yet interpreting Antonio Trimani’s installations is never unequivocal: after an initial formal reading, attentive and comprehensive, we may decide to let our imagination run free, released from the mere perception of moving images, thanks to the evocative power of his architectures. (*Text taken from the introduction to the exhibition catalogue by Ambassador Umberto Vattani) 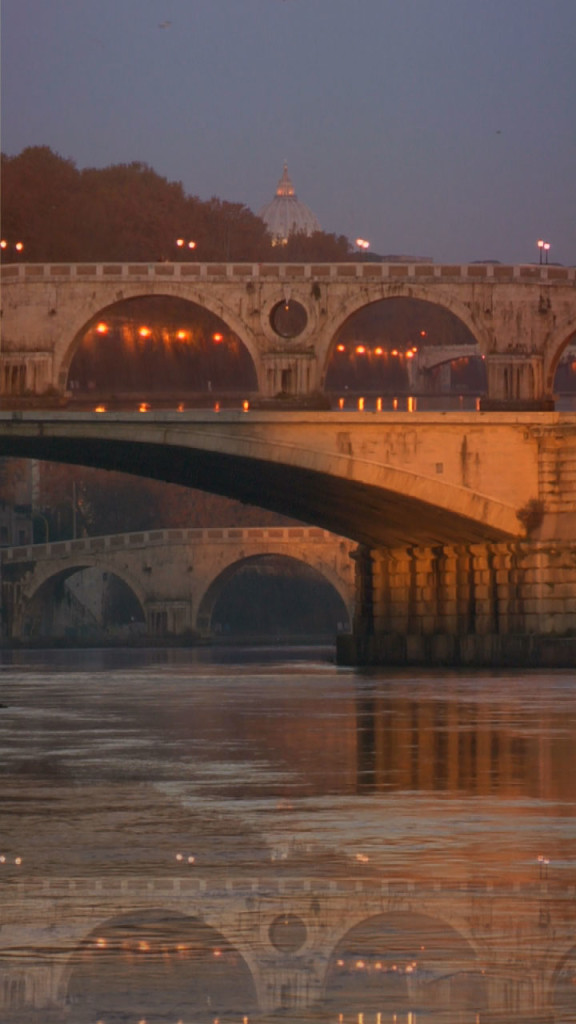 Antonio Trimani is an Italian video artist who has developed – and continues to develop – in a tireless quest for meaning and completeness, and who has worked with many of the most significant artists on the international scene. These include Peter Campus, Alvin Curran, Bill Viola and Fabrizio Plessi. For some years he has been turning his enormous skill and technical and aesthetic know-how into personal experimentation, artworks and exhibitions.He has held numerous solo and collective shows, including participation in the 54th Venice Biennale (Italy pavilion), the Italy-China Biennale in Beijing and more recently the 6th Moscow Biennale special project at the National Centre for Contemporary Art (NCCA). His works also feature in private collections.On 8th July he will inaugurate a site-specific installation at the Santa Maria della Scala complex in Siena, as part of the Space in Sound exhibition at the Chiagina International Festival, curated by Inner Room. On 30th July he will be at the Seoul City Gallery with artist Peter Campus and photographers Kathleen J. Graves and Ito Lim for the exhibition  De Bello Naturae. The same exhibition moves on 4th October to the Suwon Art Center in Suwon, also in South Korea.