Breathing as a Revolutionary Message 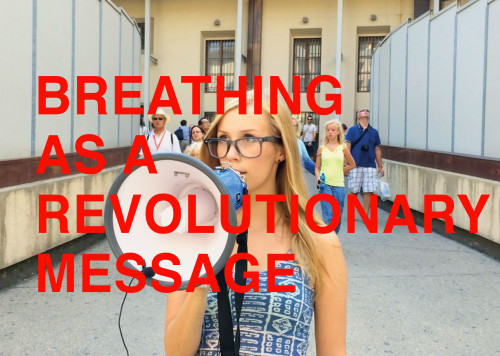 The Italian collective identified as Studio ++ is presenting Breathing as a revolutionary message at a site-specific exhibition hosted at Florence’s Palazzo Vecchio. This new project is focused upon exploring the connection between intimacy and a public dimension as well as to call to question the perception residents have in regards to their urban space. A group of artists spent this past summer shooting eighty 30-second videos in which native Florentines were filmed as they were doing something very simple: breathing. Only they were expanding their breath through a megaphone. The filming took place in some of the most emblematic areas of the old town centre such as Piazza della Signoria, the Ponte Vecchio and San Lorenzo along with other neighborhoods and meeting places throughout the city – from the University campus in the city’s Novoli district to the square in the Gavinana section by way of the Cure and Varlungo zones. 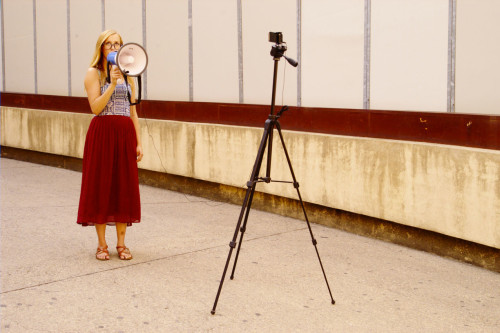 Protagonists of the video hold a megaphone and breathe inside of it, thus transforming the most common gesture of our own lives into a blatant gesture declaring the repossession of our inalienable asset: the air. In this case, breathing was chosen as the simplest proof of the existence of us all; something we all share and yet it is the great equalizer. This is the demonstration of our very existence and yet it calls attention to what could truly be essential to the public dimension of our time. Each of these video clips will be presented on Tuesday 23 September (and for one day only) in seven video stations set up in the Custom courtyard of the Palazzo Vecchio, using the internal network used by the Municipality to communicate in public areas. Therefore, the gesture of private citizens becomes a public and «choral» act. 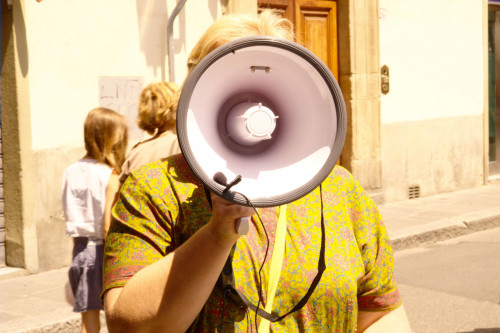 The research which generated the project began at the Art Culture and Technology (ACT) program at Boston’s MIT. The group has already produced Breathing as a Revolutionary Message in the United States, using the work as the basis of an exchange between intellectuals and artists regarding the issue of public space, the idioms of socially engaged art and the role of artist in the creation of shared values. The project forecasts ulterior developments and will be implemented with new experiences in a variety of European cities.

Studio ++ consists of a group of artists: Fabio Ciaravella (b.1982), Umberto Daina (b.1979) and Vincenzo Fiore (1981). Research is focused upon the formulation of a method of analysis and representation of reality in a firm and symbiotic link with the concepts of ‘limited relation’ and ‘deferred time’. Among the studio’s recent projects we would like to mention such solo exhibits as:Come un quadrato nel mare [Like a square in the Sea], Project wall Galleria Francesco Pantaleone, Palermo, 2014; «1+t» Gam, Modern Art Gallery, Palermo, 2013; «Display», Museo Marino Marini, Florence, 2010, «Italian Wave», Artissima 15, Turin, 2008 and participation in numerous group collections in institutions and experimental areas in both Italy and abroad.