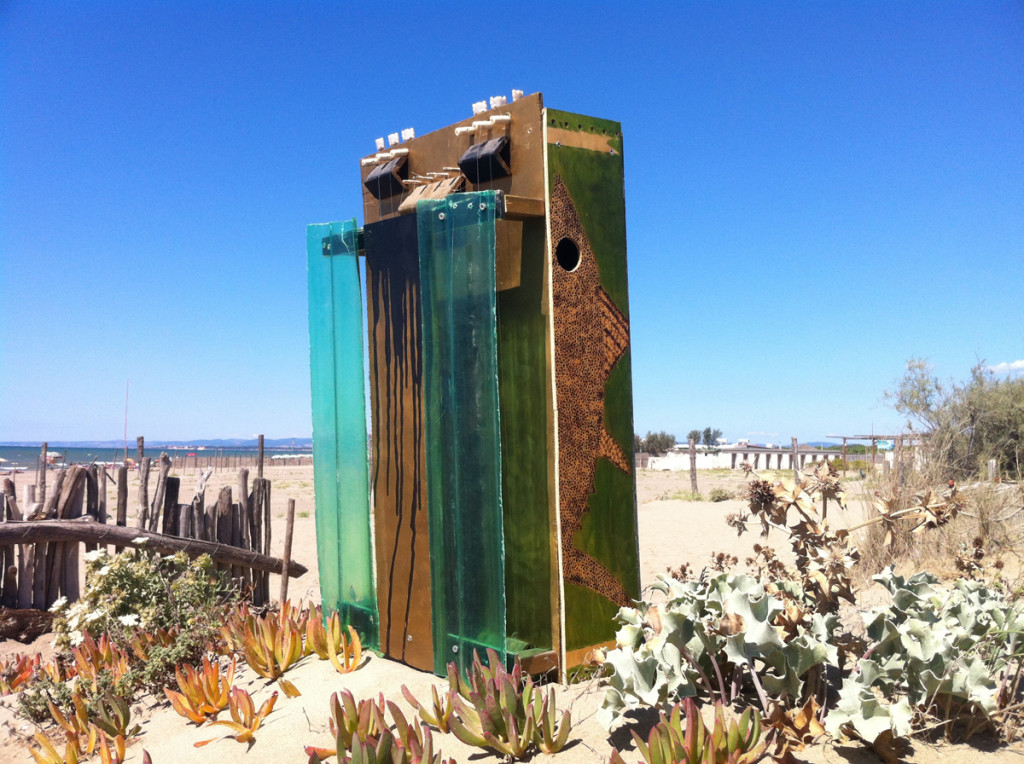 Everything is music or could be transformed into music if we only knew the word capable of liberating the harmony hidden in it. One of the great German Romantics, Joseph Karl Benedikt von Eichendorff, expressed this feeling and the conviction of his times in these words:

It is in the Northern European literature of the Romantic Period that the Aeolian harp is adopted as the emblem of the very concept of art and poetry. Wind string instruments existed in primitive societies (as Thomas Norlind explains in his «Systematik der Saiteninstrumente»), but the modern Aeolian harp seems to have become popular between the mid-18th and the early 19th centuries especially in England, Germany and Alsace. The subject was further explored by French musician Kaster in his detailed essay «L’Harpe d’eole et la Musique cosmique. Etudes sur le rapports des phénomènes sonore del la nature avec la science et l’art, Paris, 1856»[1]. Jesuit scholar, polymath and «Master of a Hundred Arts» Athanasius Kircher was the first to write of the Aeolian harp as we know it today. In his Musurgia Universalis (Rome, 1650), he wrote of an «automatic harmony machine» capable of producing sounds with air and wind that had a resonating chamber in pine wood measuring 5 palms in length, 2 palms in width and 1 palm in depth – a detailed description which seems to apply to the harps created by Matteo Nasini, the Roman artist who explores the song of the wind produced by the Aeolian harps he builds. 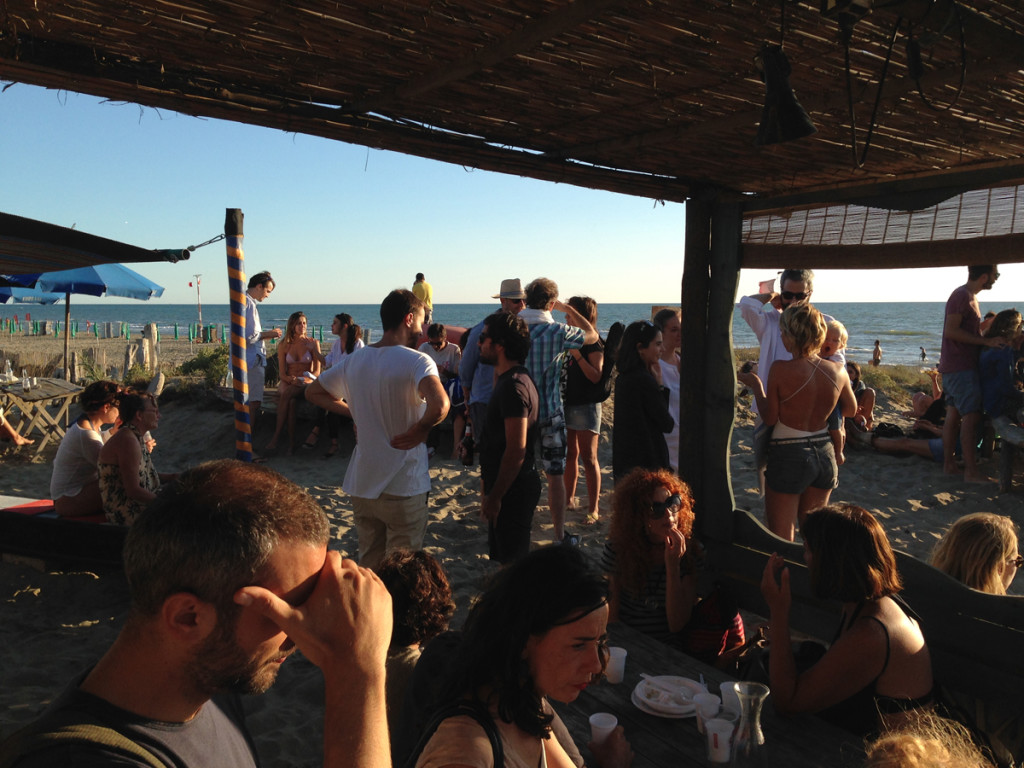 Enchantment and magic, harmonies inspired by an evanescence that crosses countries and plays invisibly. An exotic harmony that landed on the beaches of Maccarese (Fiumicino) on Saturday 13 September. This happening was organized in collaboration with the Galleria Operative and NERO as an occasion to listen to and attend the presentation of «The Sudden Gust», the new edition of this artist made up of a vinyl record and 8 large prints. The former is a collection of sound tracks recorded over the years by the artist who had installed harps in different places and under various acoustic conditions while the latter demonstrates the architecture of sound as designed by the wind.

Wind used as a musician who influences sound production based upon its characteristics (origin, direction and intensity). Listening to the wind is the resonance – personal and subjective – of its form as it comes into contact with a harp. It is «the echo of a naked figure that resonates in the depth of the outdoors», as Nancy[2] would describe it. As an echo, it is never a full being but only a development, a penetration, a rebound presence and a deferment of skies, languages, landscapes and cultures. An echo capable of generating a place of sound according to the spaces in which it is inserted.

Listening to the melody of the wind overturns a certain idea of a cognitive cosmic hierarchy and listening becomes participatory awareness. Listening to a possible sense, the impression upon our senses of an external sign and the actual listening to a past presence that plays by itself. A player of various idioms that is nomadic and unpredictable, with no score to follow. The element of air confirms its dominion of the transient state. 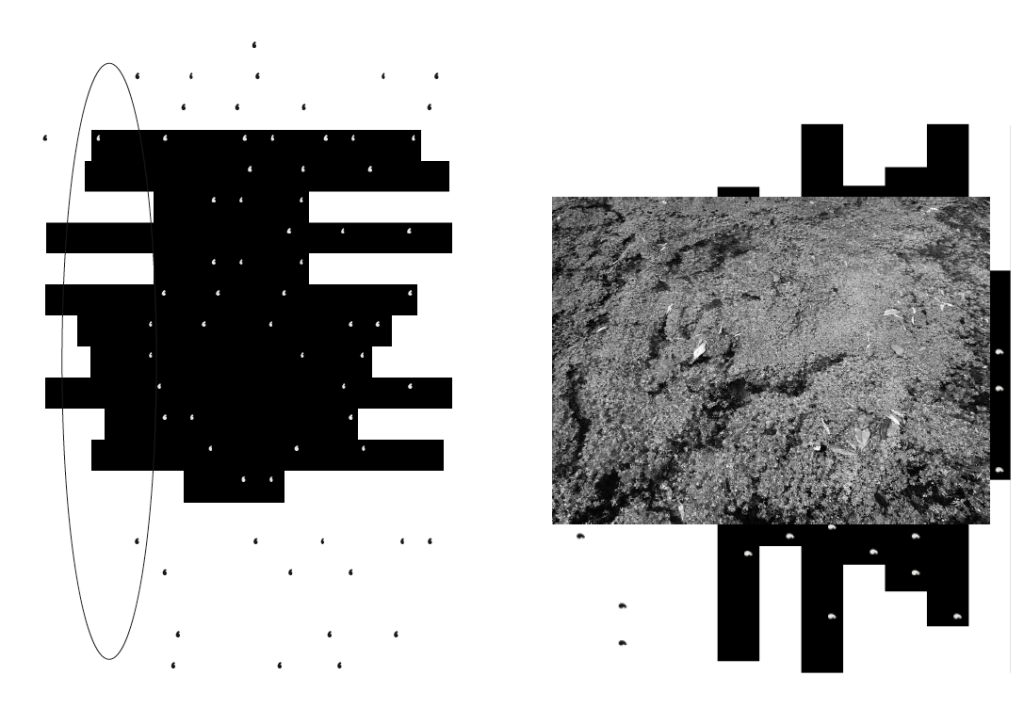 This all has nothing to do with classic harmony, yet the harmonies are just as sweet and are reminiscent of the song of the Sirens for the rapture, bliss and ecstasy they generate. Melodies that are the semblance of the element of air. Music in nature, beyond the hyper-technological frenetic urban world victimized by industrialization much like the paean written by Bloomfield in the early 19th century, praising this instrument and its ability to transport him and make him forget the effects of the industrialized world of England.

Over the centuries, the Aeolian harp has been established as an inspiring muse of hidden mental journeys that depart from the ear to invade our entire sensorial system and obliterate the distance between ourselves and the universe.

The Romantic poet even identifies himself with it, since the harp is moved by a breeze that does not belong to him but dominates him and makes him reverberate[3]. Many different breezes for many different sounds. Sounds that are more sublime and divine than any that the human hand could ever create.

«Ah me! what hand can touch the string so fine?
Who up the lofty diapason roll
Such sweet, such sad, such solemn airs divine»
James Thompson

Scientist Georg Christoph Lichtenberg wrote: «As soon as the wind starts to blow a bit, it evolves into an array of marvellous and indescribable sounds. They resemble the sweet music of distant choirs that arise to gradually vanish. In general they are more similar to the harmonic pleasure of ethereal beings than to a product of human art».

Breathing as a Revolutionary Message