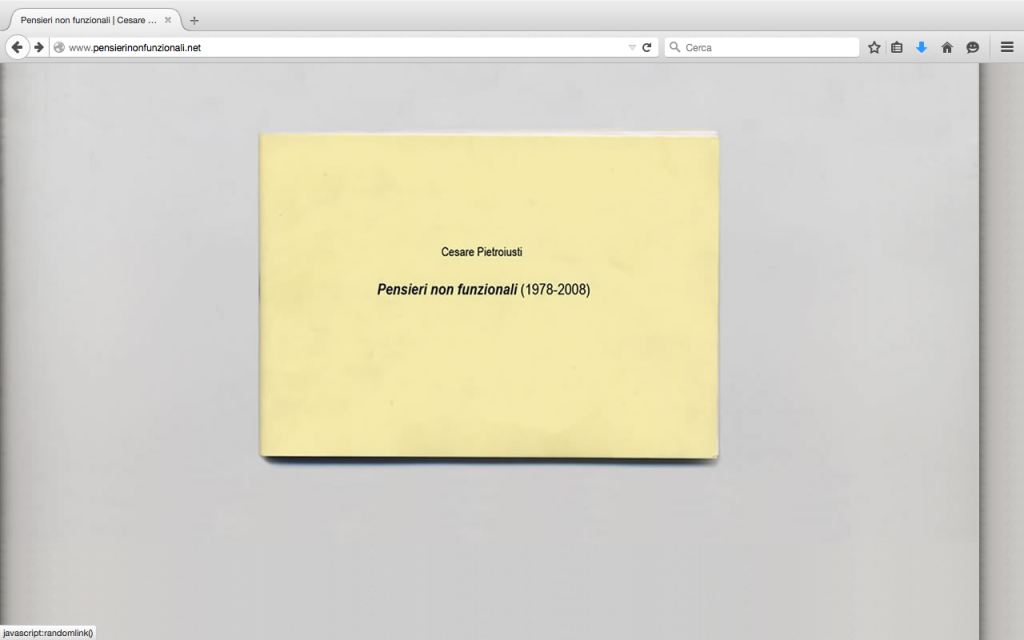 Ever since 1977, the year in which Cesare Pietroiusti (b. Rome 1955) began his association with Sergio Lombardo and started working at the Jartrakor Study Center, this artist out of passion and physician out of desperation who specializes in clinical psychiatry has forged a luminous course which creates (under the Milky Way of aesthetic Eventualism) short-circuits that can be used to desecrate, debunk and reinvent tools of communication and examine the miracles and traumas of art and mass society with an attentive and analytical eye. 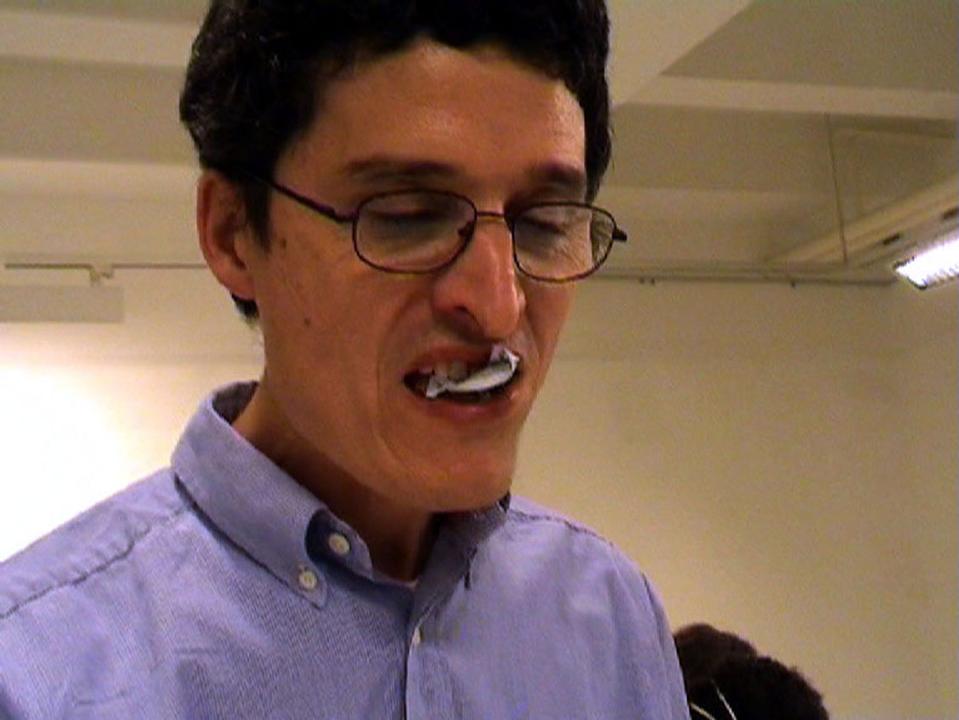 Alongside the project that elaborates the theme of a work of art during the era of its techno reproducibility (on the spell, decline and revival of the aura), there is a series of works related to economy and money – from Methods for an irreversible modification of money (chewing banknotes with “Eating Money” and the use of sulphuric acid for the Art, Price and Value exhibit organized in the halls of Florence’s Palazzo Strozzi) to the recent Availability of the thing (organized at the MAMBo with Stefano Arienti and Associates) – Cesare Pietroiusti has developed, on the platform of the late 20th century, a relational design (or perhaps it would be better defined as connective, communal, collective). If, on the one hand, it is reminiscent (by affinity) of the expedients of a Duchamp, Manzoni or Kline, on the other hand a multi-coded, trans-media  and multi-disciplinary world opens up that transforms the message into a thought-provoking massage. 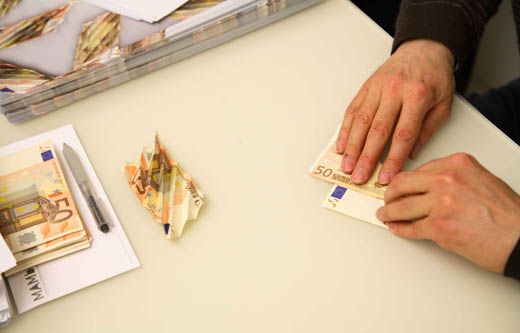 The pensierinonfunzionali.net (1978-2008) – «Tries to do the same thing in two different ways» and «Creates an object that only appears after having been observed for a certain period of time» are the first two which represent – along with Senza titolo – Untitled, 2009-2016 («the free distribution of 300 blank sheets of paper officially signed and numbered by the artist who has committed to finishing them somewhere between 4 August 2009 and 4 October 2016»), a project that takes the words “The End”  away from the finale. 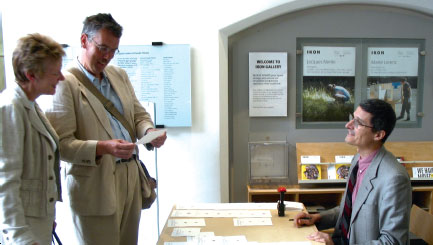