Paola Lagonigro tracks back the pioneering experience of Guido Vanzetti with computer graphics, on occasion of his solo show in Rome

The Future is Yesterday – this is the engaging title of an exhibition that the Institute of Photography (ISFCI) and Associazione spazio_duale dedicate to Guido Vanzetti (1938-1994), one of the first photographers in Italy to explore the expressive, creative and aesthetic potential of the computer. In fact, the current pervasiveness of digital technologies invites us to rediscover the origins of the context we are experiencing, to guide our gaze, which is directed towards the future, back in time. Not only out of pure nostalgia, but to better understand our current situation. 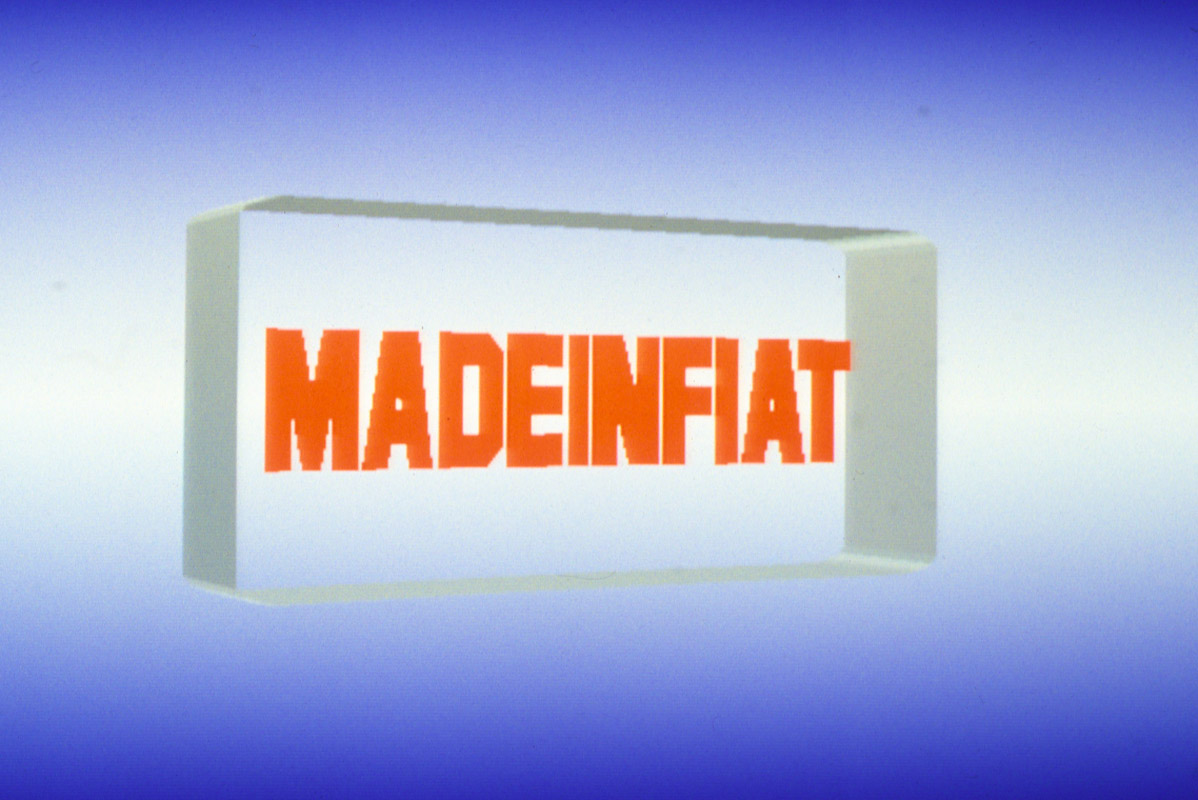 So while, since their appearance, computers have been described as the machines of the future, a not too distant past must be rediscovered where Guido Vanzetti occupies a prominent place.

The exhibition, housed in the premises of the Institute of Photography (ISFCI), in the building of the former Pastificio Cerere, is the outcome of a project by Ornella Folinea Vanzetti, Guido’s partner in both life and work: she joined him in the Schema studio, where she closely followed his experiments with photography and, later, with computers. The curatorial team includes Riccardo Abbondanza, who was also a historical collaborator of Schema and teacher at ISFCI, and Anna Macaluso and Jacopo Tofani, also from the Institute of Rome.

The exhibition divides the journey that led Vanzetti from photography to computer into two rooms. In the first room there are shots taken in the 60s: portraits of Italian actresses and singers and many fashion photos, not only visible as prints, mostly original, but also thanks to some slides from the period. The second room is dedicated to the creation of graphics and computer graphics. It is here that the experimental character of Vanzetti’s work clearly emerges. With analog photography, he was already looking for elaborate graphic effects – such as solarisation and tone separation – for the creation of posters, record and magazine covers, until the great multi-vision experiment staged for Rank Xerox at the Museum of Science and Technology in Milan (1978) with 27 screens and 54 projectors. 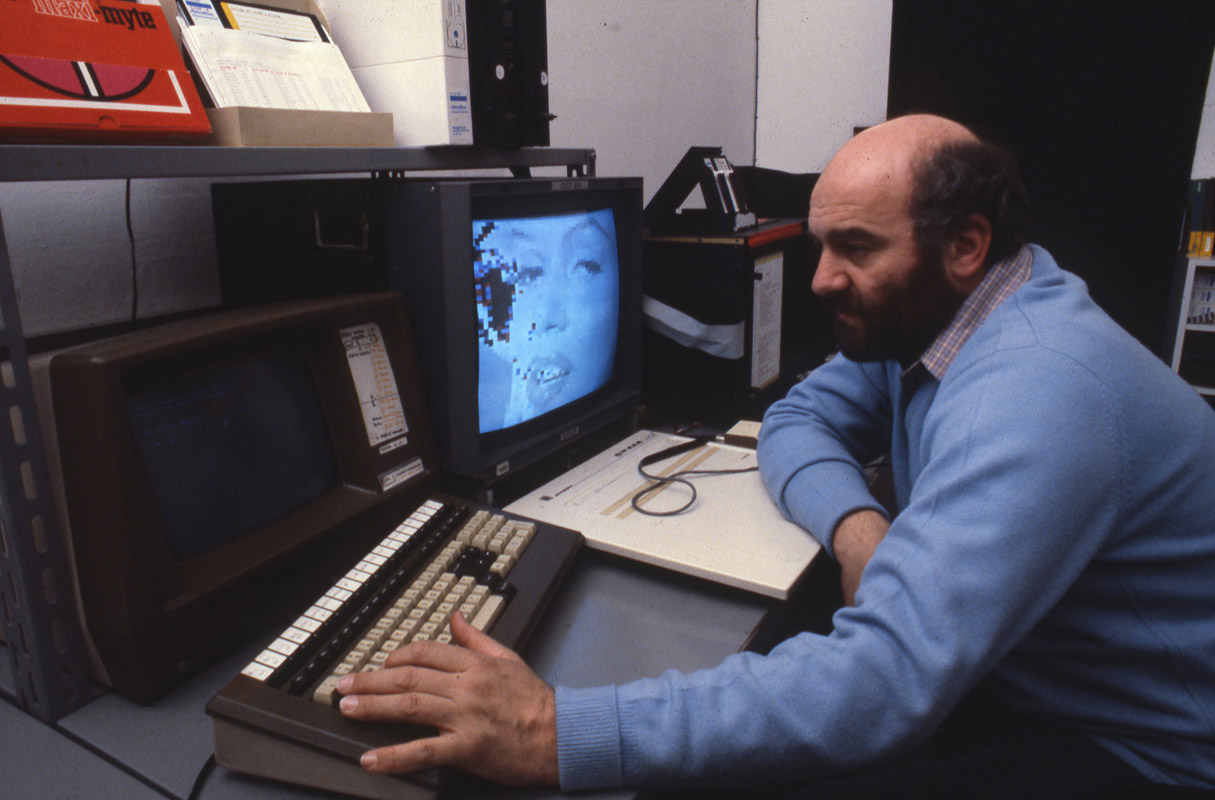 Even before using the computer, at the end of the 70s, Vanzetti made “pixelated” photographs, i.e. characterised by a chequered effect similar to the pixels of an electronic image, but obtained in a darkroom. In other words, the pixel is present in Vanzetti’s work even before he creates digital images, a transition that takes place in these momentous years in which computer science begins to become a mass phenomenon. The first PCs had already appeared in the mid-70s, a novelty that originated in the United States where Vanzetti, not yet twenty, attended Advanced Technology courses at the RCA Institute in New York. Both the voice synthesizer, used in the broadcast of Rai Radio Tre Speciale…un certo discorso (Speciale… a certain discourse) – an experiment of textual decomposition and recomposition with surreal effects (1979) – and the first computer purchased by Vanzetti came from America. 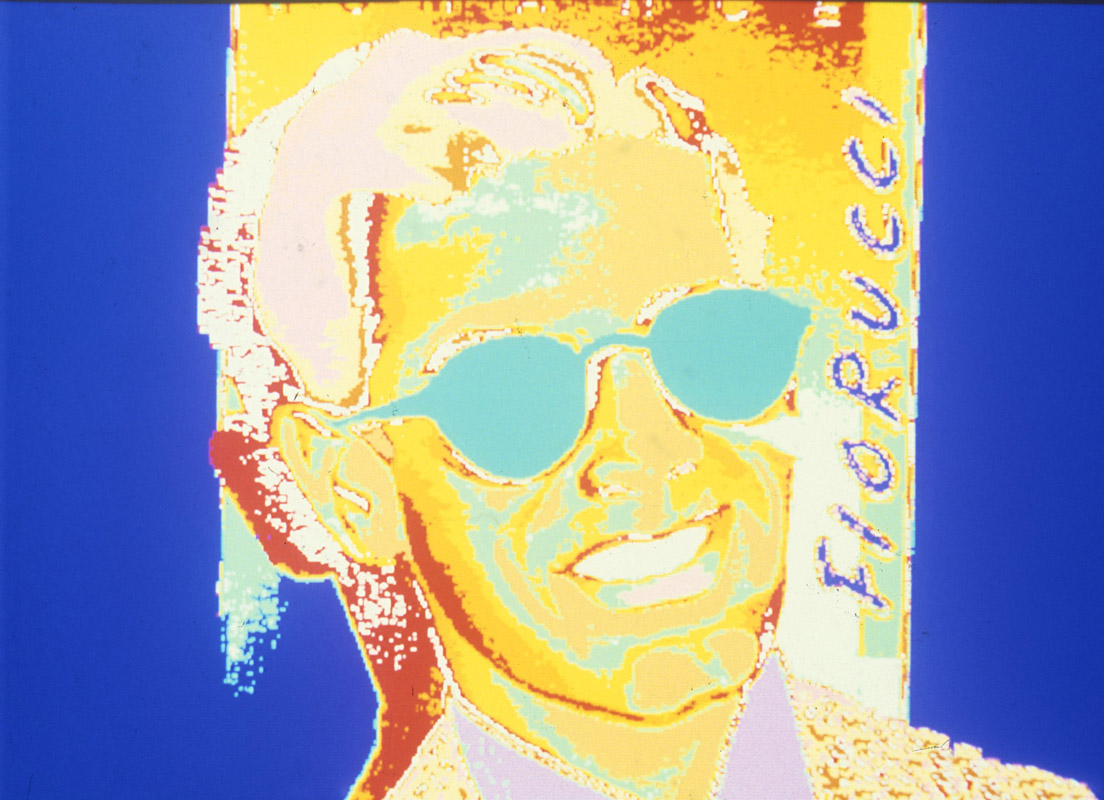 Thus, from the beginning of the 80s, all Vanzetti’s production would be marked by the use of the so-called “electronic calculator”, made for data processing and, to all intents and purposes, becoming an artistic tool thanks to experimenters and visionaries who, like Vanzetti, were able to intuit and explore its graphic potential.

There are prints and videos on display documenting this important chapter in the history of visual communication that sees the Schema studio at the forefront with works created for TV, the European Community and renowned brands such as Fiat and Fiorucci. Graphic processes of creation which no longer exist are retraced through Vanzetti’s images: the prints obtained with a Polaroid Video Printer, for example, remind us that, in the 80s, printing a digital image was not so obvious or instantaneous, while those that document the phases of video production for the Italy ’90s World Cup reveal all the complexity of being able to draw a spherical object (a soccer ball) by writing ad hoc software. 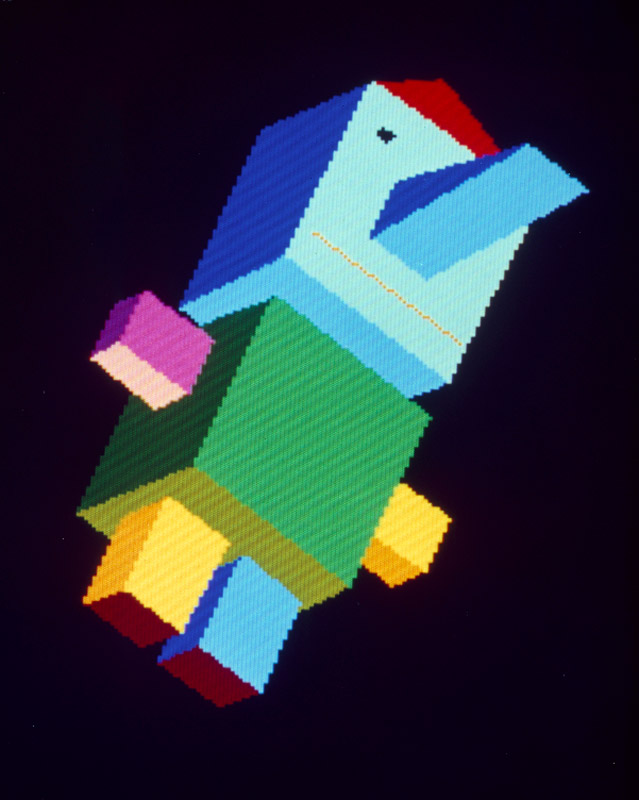 Because this is the substantial difference when compared to the current context: in the 80s creating computer animation meant using programming language and then translating the drawings into mathematical code. This is how Pixnocchio (1982) was born, a clear homage to pixel and the first animated film made in Italy using the computer, to which the ISFCI exhibition dedicates a special room. Pixnocchio shows a puppet built from simplified geometric shapes. In the video we do not see a story, but rather the graphic evolution of the puppet, from the white two-dimensional sign to the rotation in 3D, up to the colouring and appearance of many Pinocchios on the screen. This consists of three minutes of stop motion animation, “drawing” one frame at a time with the BASIC programming language. 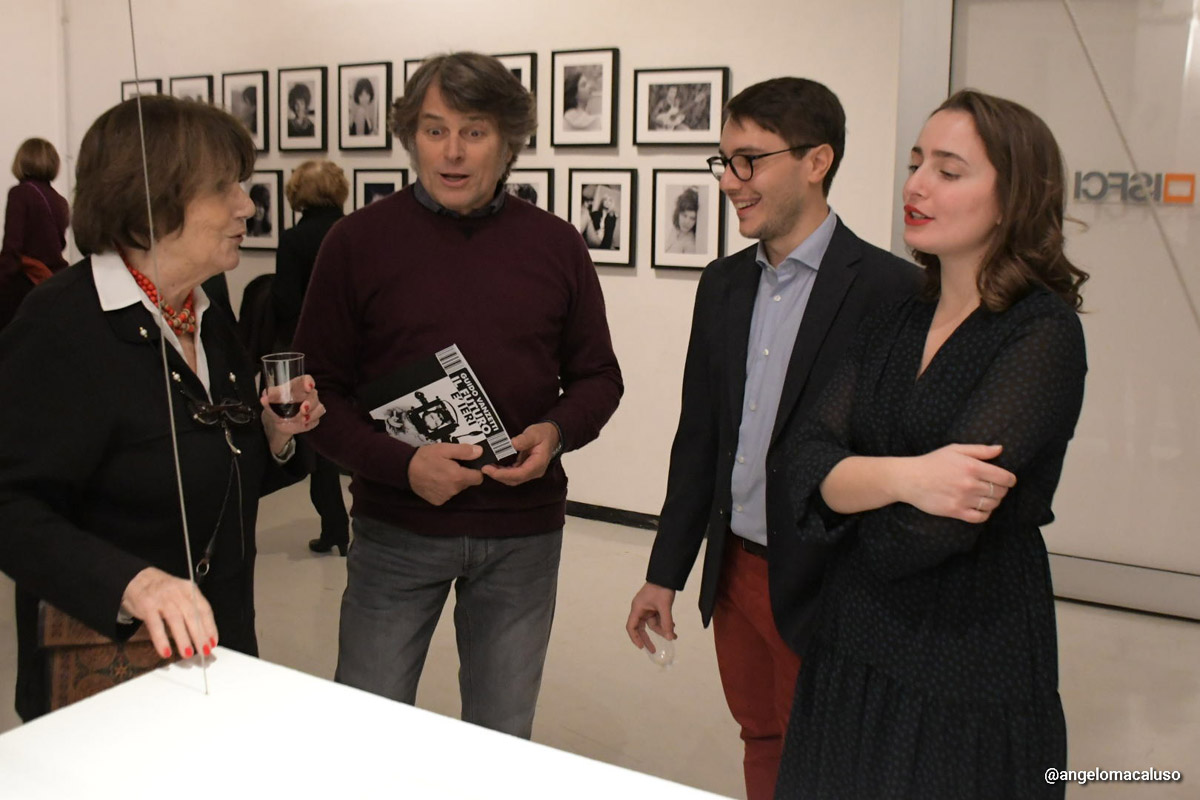 In a world in which everything is just a click away, perhaps we have forgotten the decades of experimentation that brought information technology within the reach of everyone and elevated computer graphics to the hyperrealistic results we see today. The exhibition dedicated to Guido Vanzetti is, we hope, only the beginning of this rediscovery. 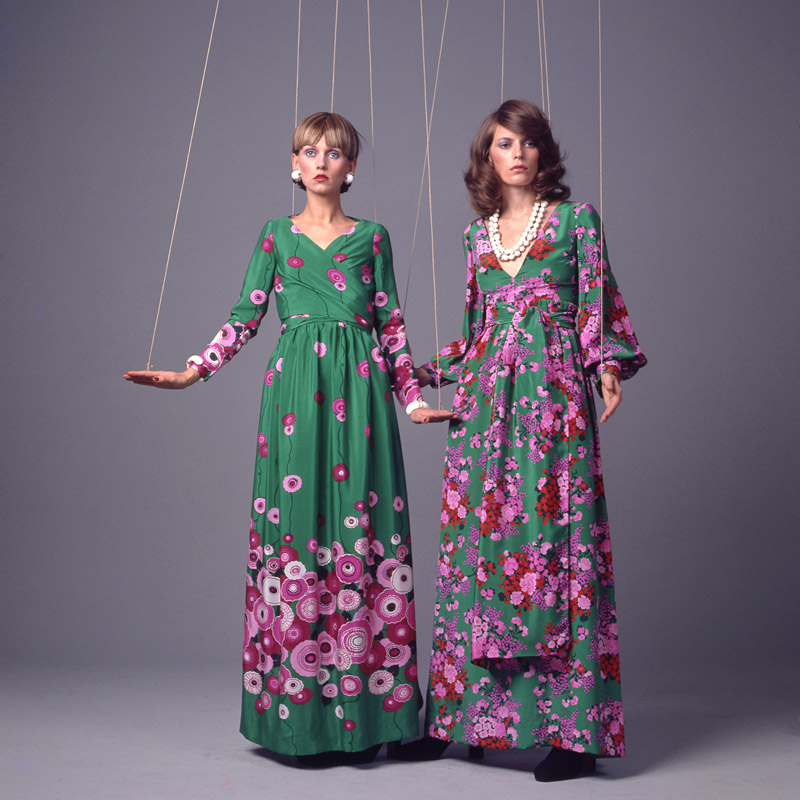 Agents for Change | Facing the Anthropocene