Ignasi Monreal is a young artist with a cutting-edge creative drive. Murals created in different cities of the world – New York, Chicago, Paris and Rome (in this case, an animated mural created for the Vittoriano Museum); engagement with various editorial projects, including a cover story for VOGUE painted with an iPad and a fashion book for Gucci; the direction of several music videos. These are just a few examples of the work by a creative artist who is perfectly at home in the world of design, fashion and luxury goods, where he has created products that are not only seductive but also rich in meaning and open to multiple interpretations. 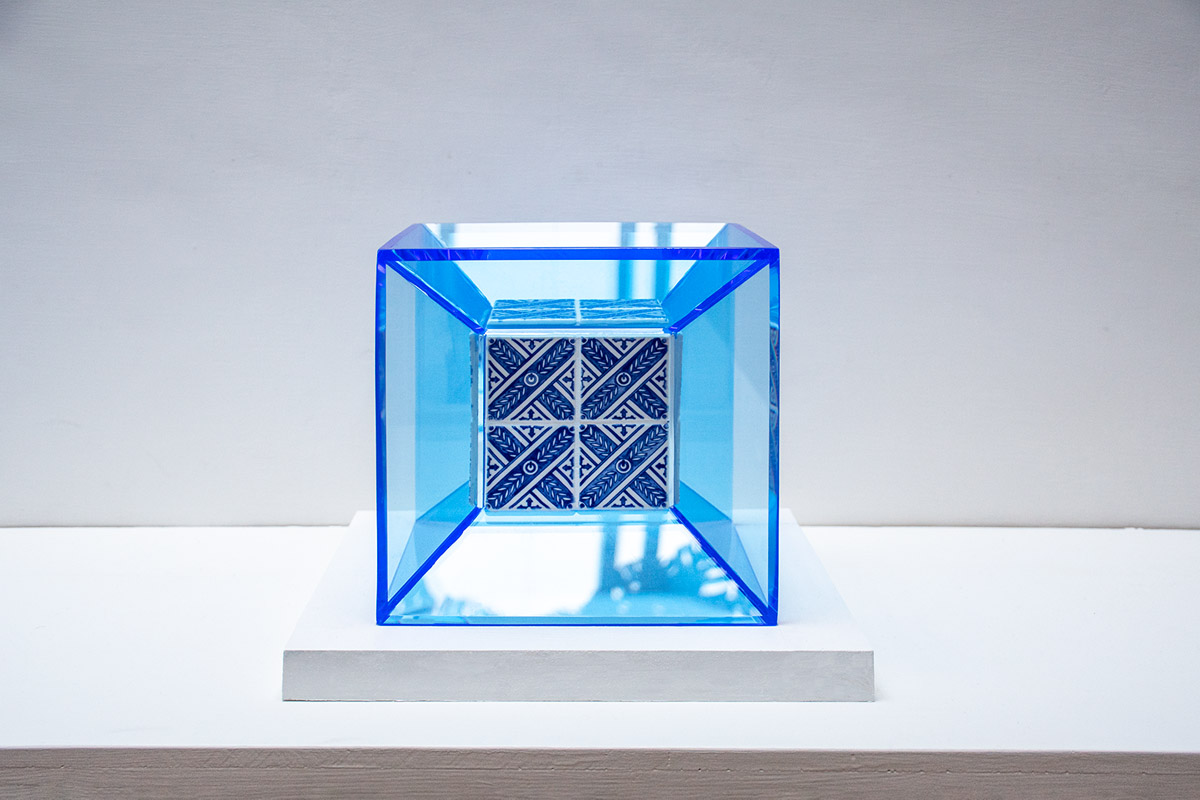 In his solo exhibition at the Studio Stefania Miscetti, curated by Dobrila Denegri, Monreal’s sculpture Hypercube is integrated into the space like a kind of contemporary Totem. The atmosphere is magical, emanation of a ritual that is at the crossroads between East and West. Created in collaboration with Jack Wooley, London artist and ceramicist, and Bernardo Moleòn, Apple’s former strategic planner, the sculpture takes the form of a hyper-cube, a three-dimensional synthesis of the fourth dimension, a concrete manifestation of Internet’s physical presence. 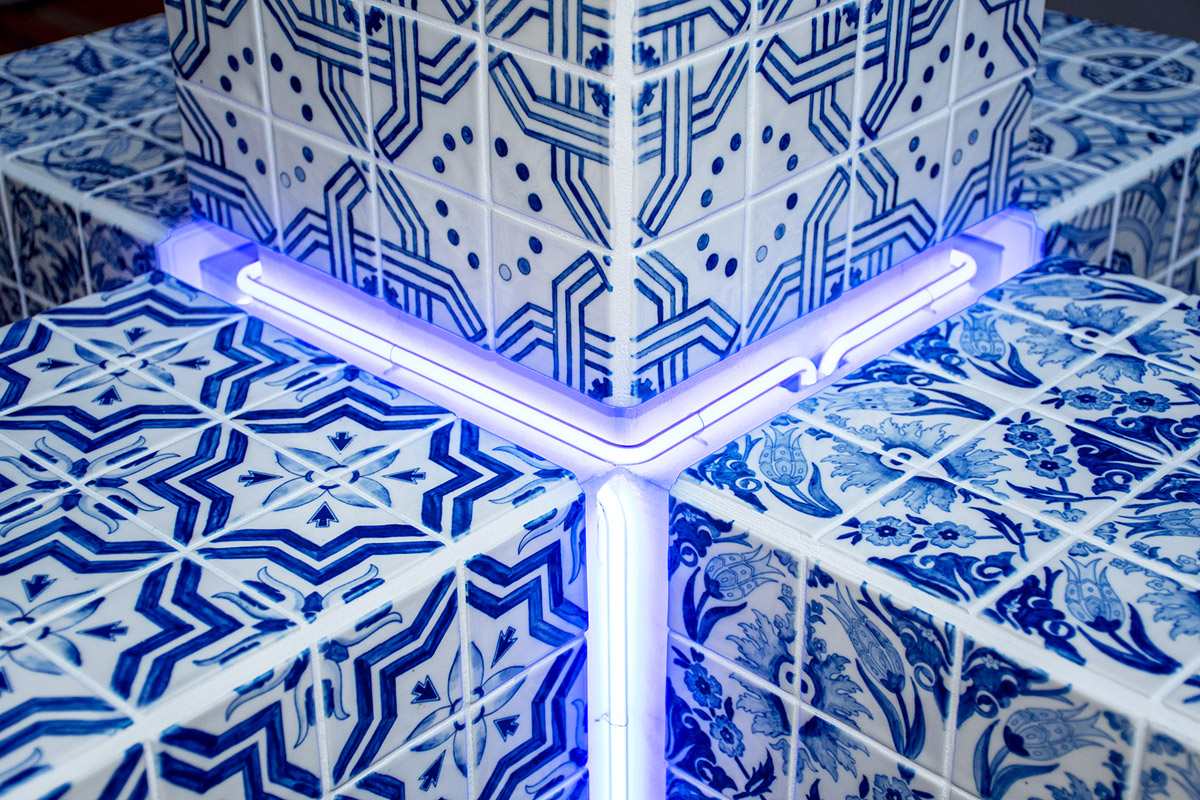 The ceramics that cover and form the sculpture are inspired by Spanish traditions but also modernity; a delicate combination of tradition, religion and high-tech, an iconographic choral work to celebrate the rise of 5G. The totem encloses a router, a gateway to the Internet, an object that loses its visibility in everyday use and which acts on people undisturbed, but with the complicity of companies. In this work, the router is illuminated by a ‘golden’ light that makes its presence disturbingly vital, lighting up as it pulses every time the public connects to the WiFi. 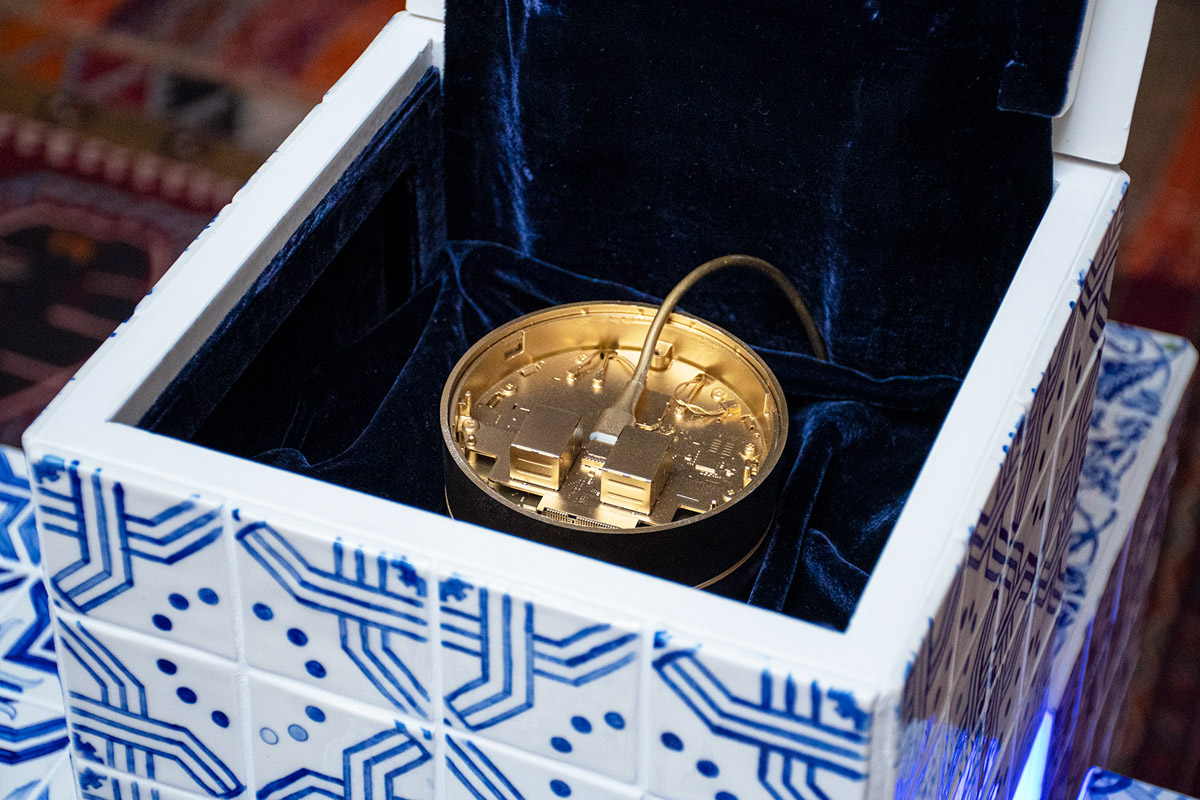 “Frictionless is one of the most used words in Silicon Valley.” This is how Dobrila Denegri’s essay, found in the exhibition catalogue, conceived as a design object itself, begins. The sentence means no friction, no problems. This is because the more invisible the internet is, the more effectively it ‘slips’ into our everyday life. From an idea conceived by Ignasi five years ago and inspired, in turn, by Bernardo Moleòn, Apple’s former strategic planner, the project was developed in collaboration with a ceramicist to give concrete shape to a discourse where tradition and modernity converge at the centre of digital contemporaneity through its invisible, indispensable access point. 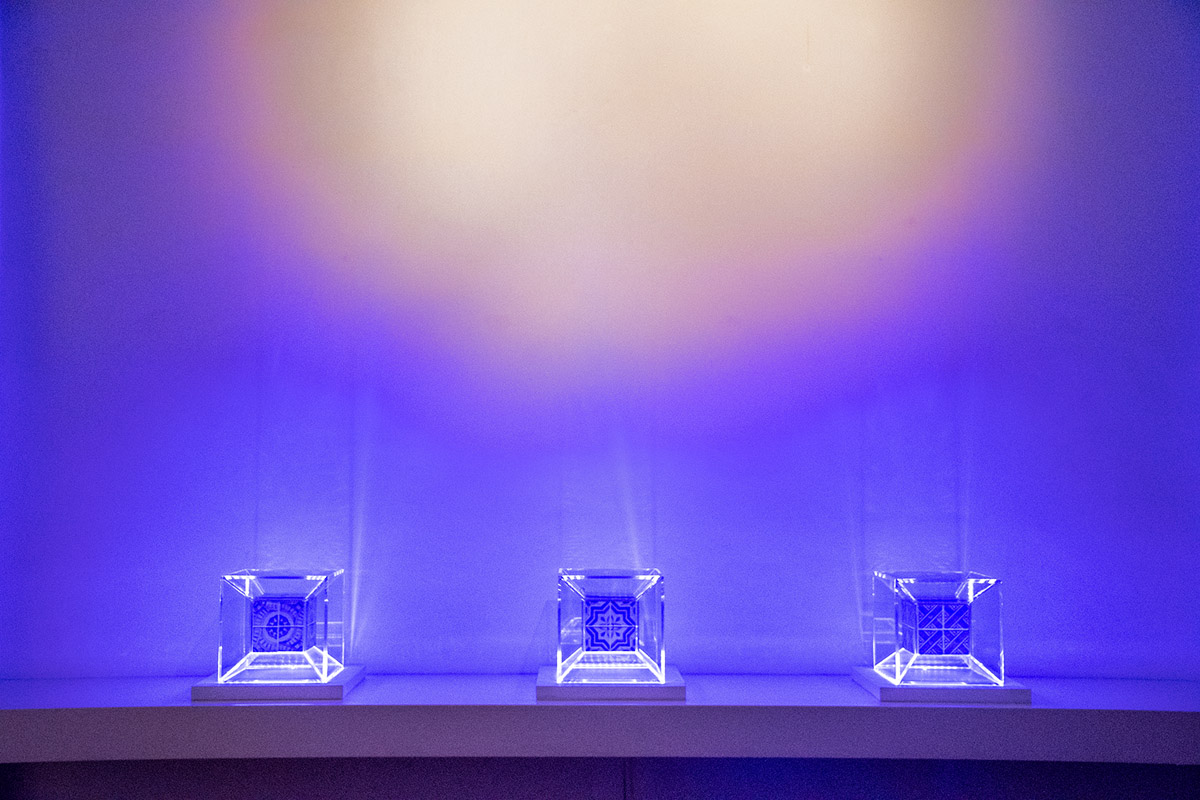 In the interview with Dobrila Denegri, Ignasi describes how the work was inspired by a variety of sources and how the most decisive of these was probably Aziziye Camii, a mosque located in Stoke Newington in London, opposite his studio. The building used to be a cinema before being turned into a mosque with a facade entirely covered in hand-painted tiles, illuminated by neon lights surrounding the entire building. 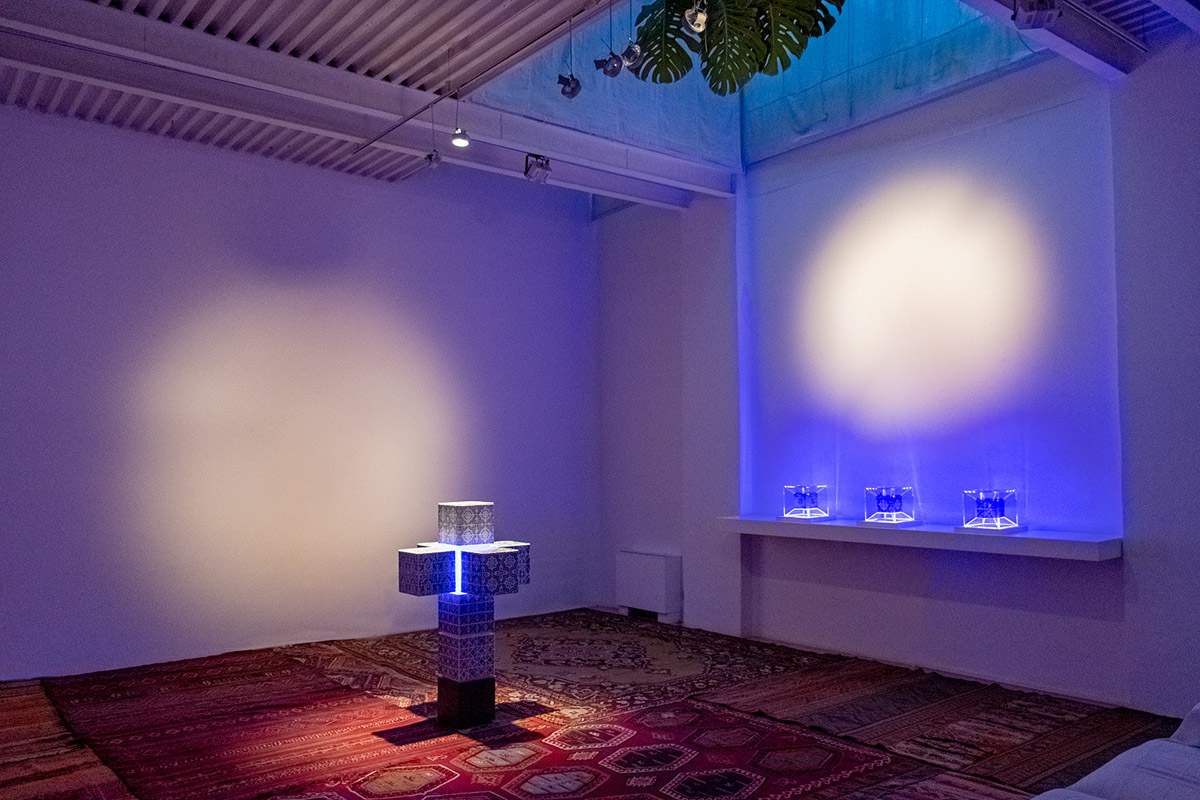 Now the hyper-cubic structure of the sculpture becomes the router’s temple. The structure stands at the centre of the space and at the crossroads between tradition, modernity and religion because of the way in which each of these have sculpted their ‘beliefs’ with the use of their own iconographic tools. The work that led to this project is truly collaborative, not only because of the cooperation at its inception, but also because of the ephemeral action of those who connect to it, essential if the work is to be given meaning, and the manual work of traditional craftsmanship which makes a contrast between an ‘other’ time and the distracted and hyper-connected age of the Internet.