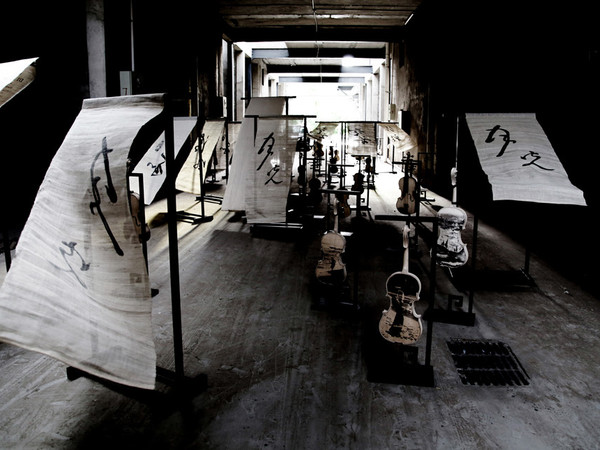 The French-Chinese multimedia artist Marc Chevalier is arriving at Rome’s MACRO with the Trajectory of Desire – Li Chevalier exhibit. Li Chevalier’s artistic quest is an aesthetic one where aesthetics define the value of things, revealing the truth of the world. Her elegance and refinement of technique and installation sets her apart. When Li Chevalier left Beijing for Paris, her art arrived into a new dimension where Chinese tradition is nourished by an exquisitely western context. However, that context was never completely absorbed. In fact, it was only touched upon and made more articulate. Another interest of Li Chevalier is music, which has been with her constantly since the age of 15. She sang as a soprano in the Chorus of the Paris Orchestra under the direction of Arthur Oldham and Semyon Bychkov. Over the years she has worked with soloists from the Paris Opera and collaborated with the China National Symphony Orchestra under the direction of Philippe Jordan during a landmark event at the State Opera of China where the violin soloist Fréderic Laroque gave an impromptu performance in front of her installation. It is Chevalier’s passion for music that adds expressive timbre to her installations. Her most memorable exhibits include the ones held at the Royal Academy of Art London Summer Exhibition, the National Art Museum of China, the Shanghai Art Museum, the Today Art Museum, the National Library of China, the Sub-Marine Base Contemporary Art Centre Bordeaux France and the State Opera of China. 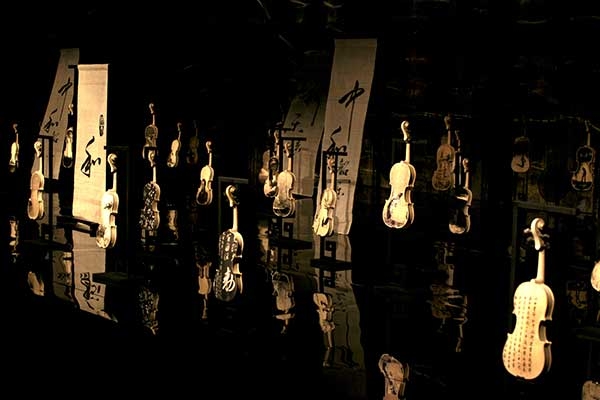 Li Chevalier does not like boundaries, the order of strict traditions or schools. The refined combination of disciplines, aesthetic languages, origins and sources give her works a particular vocation: she leads her spectators along a pictorial and philosophical trail – through mysterious encounters towards a deep reflection upon our systems of thought that stretch beyond any attempt at artistic hegemony. Her aesthetic concept of beauty questions the links that shape our intercultural dialogues. François Cheng commented that “…only beauty can generate desire and its quest…” 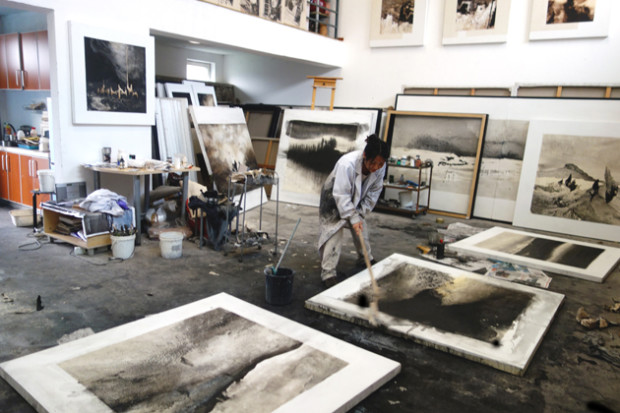 After 5 years of deep immersion in the Chinese Army’s operatic troupes as a singer, Li Chevalier discovered the major European capitals and blissfully embraced the atmosphere of legendary temples of art and knowledge like the Sciences Po, the Sorbonne University, art institutes in Florence and Venice and the London Central Saint Martins College of Art and Design along her quest for truth and beauty.

Li Chevalier declares to be profoundly contemporary but passionately refuses the dictates of aesthetic nihilism. Her works have a primordial character. No genuine emotion can arise from any work of art if not through the prism of aesthetic emotion.François Cheng sustains that if we imagined a universe that was only true without beauty touching it at all, an exclusively functional universe would unfold made up of uniform elements which would move in an absolutely interchangeable way. A universe of “robots” and quite far from life. Li Chevalier is presenting “Polyphony” at the MACRO Testaccio in Rome. A monumental installation made up of violins and 30 experimental ink paintings. The artist’s “trajectory” – with its doubts and revelations – leads her to Rome as her art seeks beauty without ever being distanced from the contemporary element.

The term polyphony refers to musical writing for several voices, each with its own specific dynamics. It is the convergence of several parallel melodies in a musical ensemble that observes the rules of harmony. The vertical concatenation of different chords enriches the composition. Li Chevalier’s installation, composed of various artistic elements drawn from the East and the West, is a metaphoric image of our world that can no longer slow down its pace towards a “common” space where nations and civilizations interact and thousands of stories and legacies are intertwined. The work is a tribute to the creative vitality that stems from encounters, from tolerance and from all those values that make Europe a fertile ground for expression and exchange. (from the Italian press release)