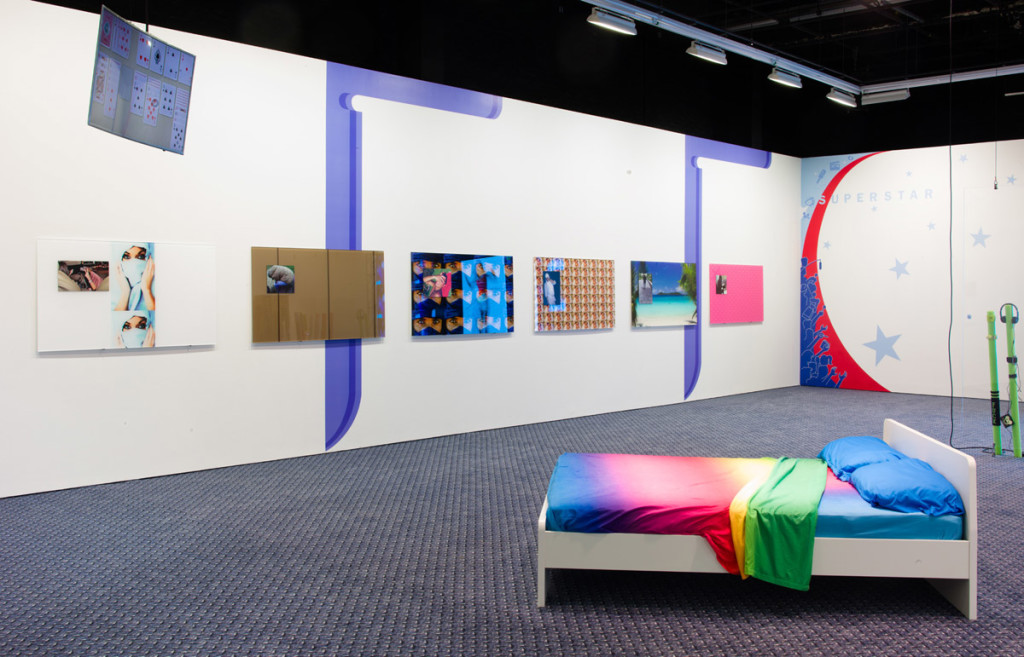 Following the channels and transformations of the communications system in their shift from “symmetrical” as defined for military purposes to “asymmetrical”, as characterised in the modern era, Lialina and Arcangel trace a journey through internet culture and the society that belongs to it, with new, past and “remedied” works.

Two pioneers in the visual-performative transposition of internet culture both inside and outside the web, inside and outside the underground, these two artists – so different yet so complementary – meet officially for a creative encounter that weaves their highly original individuality into a hybrid discourse. 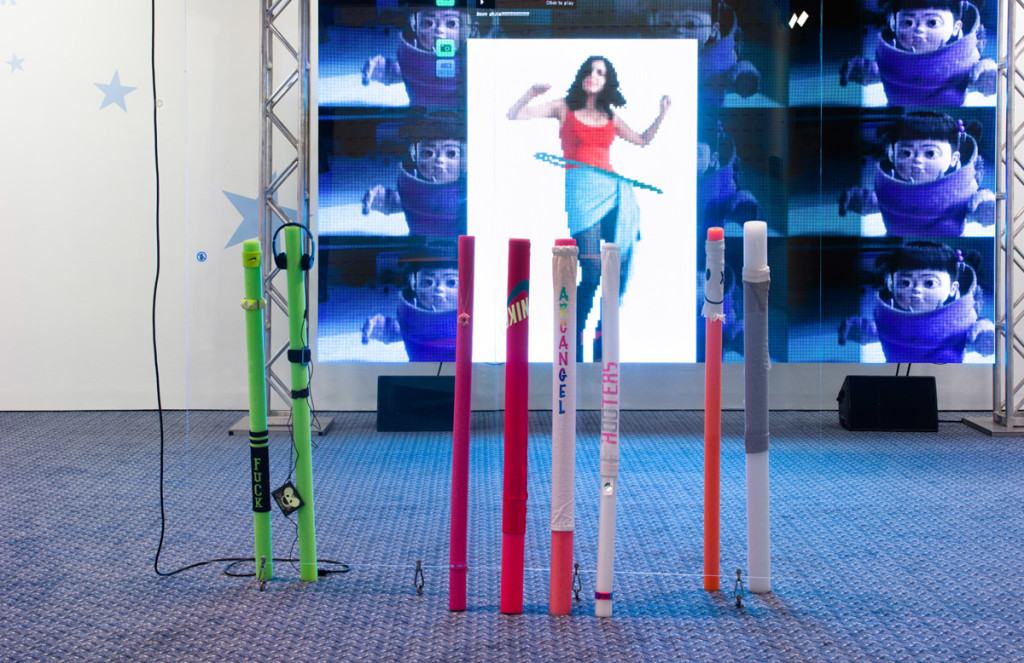 Their works arise from constant dialogue and offer a comprehensive and layered interpretation of the most current modernity; they are enhanced by having followed the evolutions and revolutions of communication methods step by step since the outset. Many works “remedy” past pieces, subject them to new interpretations, outline a portrait of contemporary life in its social and individual manifestations (two aspects which grow ever closer to alignment with each other). The web culture of the past materialises in the space with Cory Arcangel’s carpet (Diamond Plate, 2016), whose pattern was originally the background of Arcangel’s first website, a tribute to 90s web culture and the backdrop to all that her extremely diverse works tell of the subsequent years, right up to the present. Similarly, the template patterns used by Yahoo to channel and standardise its image after the acquisition of Geocities in 1999 adorn Olia Lialina’s wallpaper (MeetMyDog, 2016), located on the walls of the central space. 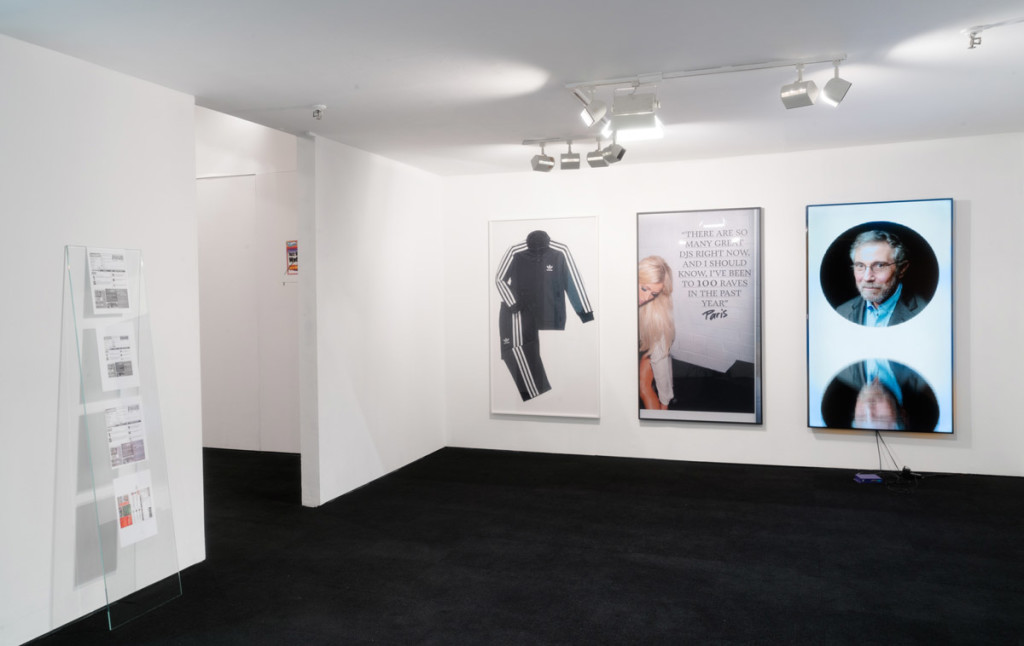 Images appropriated from the internet, an interest in archiving and in objects which reveal – precisely – the asymmetry between technology and its users, a passion for old media, for slow cinema, low tech as a revamping of old technologies in new creations; these arise in the most varied forms: besides the carpet and the printed wallpaper, there are also C-prints, digital files, installations, drawings, videos, websites and digital prints, containing the entire story of a culture told through its own objects and content. 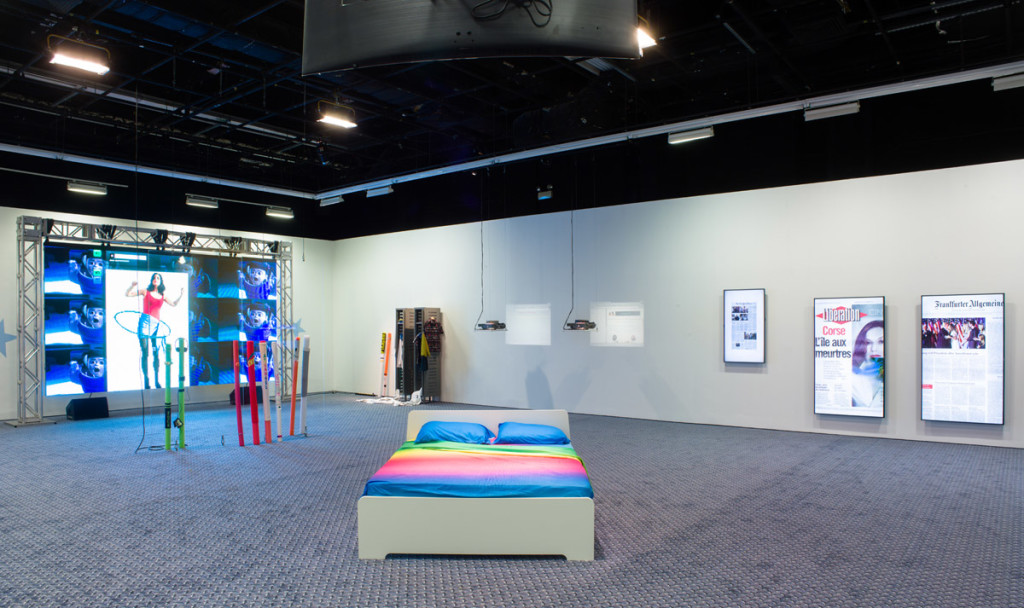