by Brunella Antomarini
in focus, Not categorized, Saggi

Arshake is pleased to publish the sixth of seven appointments of an essay on thinking, poetry and writing in the technological era by Brunella Antomarini, Professor of Aethetics and Contemporary Philosophy at the John Cabot University in Rome. The essay originally appeared on the magazine “Smerilliana. Luogo di civiltà poetiche” (Pensiero poesia scrittura in feed back loop, in “Smerilliana”, n.17 2015, pp. 275-90), and it is here relaunched, translated into English.

From a text by Vladimir D’Amora about poetry:

What poetry is today and what today comes from poetry is the request of suspending – in our present time, that is, in revolt and torment – this very ability of exposing itself…

Poetry is a stage of communication that alloes for the aberrations and exceptions of what is recognizable as communication. Poetry then is the betrayal of what is and can be communicated… – but in view of what? And in the name of what?

Poetry is that state of language when language is as if trembling – being capable of a blind impact.

Poetry is that revolution of language that makes a given time political, that is, worthy and competent – just that! – and the echo is a recursive intensity…– just an echo.

Thinking without concepts, that is, without defenses or shields that reduce the impact of what we can bear – this is the state of language that we call poetic. It seemed so natural to us to have a ‘logic’ of the world, to entrap it into a logic. But things were not like that. The world is more powerful than any attempt to understand it.

The poet (like the genius in Kant) skips over that understanding, but now – unlike Kant’s genius who still worked with metaphors, analogies, images, aesthetic ideas, etc. – the poietès makes the opposite effort, tearing the world apart from itself, letting it do itself with all its transformations. In the end, this is the most radical form of resistance. It is no longer a world of planets and galaxies, but something microscopic; it determines itself in that which most unlikely occurs in the minimum. That of the poet is a writing that excludes itself from the world and its objects. This writing now does not rely on ideas larger and freer than any object (a stance that has been supported by Kant to Heidegger up to Arendt), but on very small ideas, (or limited theories): the poet’s effort consists of crushing ideas into pieces in order to make them transparent tiles of the mosaic that appears and disappears each time a text begins and ends. The poet withdraws and as those who withdraw, he seeks for attention and succeeds if he empties out heads filled up to the brim, keeping them in the tiny realm of the very few possibilities left to language. 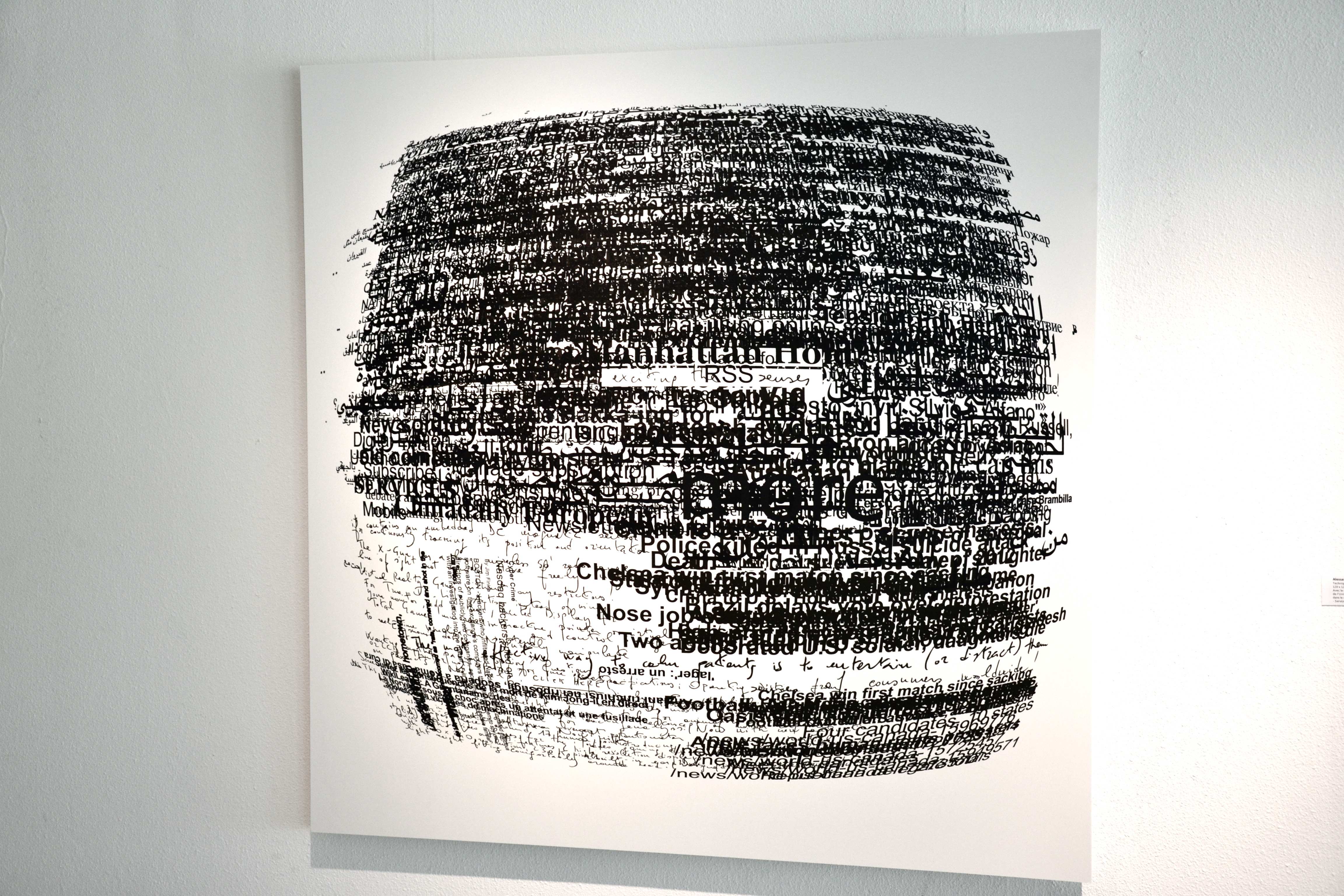 The poet’s task is that of looking for primitive qualities of words that lack any reference objects; he looks for forms coming to life for a fraction of a second in the intertwining of words, images, and gestures. And that this encounter between words devoid of any referents begets these temporary worlds, that is the power of poetry. You don’t need more than that. On the Web, this short-lived power is indefinitely scattered around. There, writing can withdraw, as it presents itself as pure presence, settled there as pain (breach) and feeling (healing), without inducing thinking (nor fostering a critical mindset).

In political terms, there we lose our ability to discern, but gain the necessary flexibility to change our own convictions along with the minimal changes that the world undergoes. The mind is adapting itself to a non-human condition, delegating its identitarian power and its delusive effectiveness to the machine. Interconnected with a sort of mobile central processor that Merlin Donald calls ESS: External Symbolic Storage, we are modifying it as it is modifying us. The ESS replaces the old authoritative scholarly encyclopedia and it is able to update itself at the fast pace of Wikipedia updates. Now we can no longer say that the old encyclopedia was more reliable than Wikipedia, as it provided us with a stable knowledge. Politics had dictated that stability. And Wikipedia reveals that knowledge is not stable when it is disseminated globally and in real time.

There are poets who do not defend themselves but turn this state into an instinct, which starts a verse from its decomposing power, breaks it down to the microscopic space.

I – poetry – one doesn’t understand it: it doesn’t think

and I live but I can’t: the word doesn’t make the thing

torsoless again, all in its pain

This is the sixth of seven appointments of an essay on thinking, poetry and writing in the technological era by Brunella Antomarini that originally appeared on the magazine “Smerilliana. Luogo di civiltà poetiche” (Pensiero poesia scrittura in feed back loop, in “Smerilliana”, n.17 2015, pp. 275-90).

“Smerilliana” was first published by Enrico D’Angelo in January 2003, in the Marche region.It initially came out every six months. Later every volume of «Smerilliana» became a place of poetic civilisation, with the addition of the series “Poets of Smerilliana” and “Mosaic”. When it first appeared, Giovanni Raboni cited «Smerilliana» while writing in «Corriere della Sera», calling it the most open-minded and interesting poetry publication on the Italian scene. «Smerilliana» ideally continues the work of the literary biannual magazine «Plural» (founded and directed by D’Angelo in Napoli, between 1986-91), pursuing the pluralist outlook and style of the movement, as defined by the Orientalist Rahim Raza.