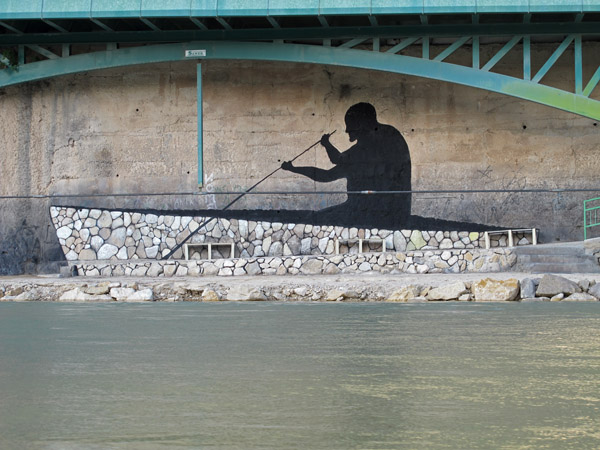 The interventions of Sam 3 (b. 1980 Elche, Spain) in public areas are large black anthropomorphic silhouettes that can be seen around the world. The «shadows» of Sam 3, as the artist himself calls them, reflect the human condition: suspended between sophisticated poetry and biting irony, these figures express alternative meanings that can often be provocative and subversive.

The Monumental exhibition that will shortly take place in Rome is part of the new Wunderkammern artistic project Limitless which is bringing five of the most important artists on the international Urban Art scene to the gallery: Sam3 (Spain), L’Atlas (France), Sten&Lex (Italy), Alexey Luka (Russia) e 2501 (Italy). The project explores the concept of limit in its possible forms and manifestations. The figures by Sam 3 aim to stretch beyond the limits of human life and its transitory condition. The anthropomorphic silhouettes represent the effort on the part of an individual to obtain monumental glory, situated in a time that is endless and limitless. This illusion is then interrupted once the figures let themselves be led exclusively by their emotions, which conduct them to objectives of limited narrow-mindedness, auto-destructive conflicts and excessively authoritarian behaviour. They address that which is existence’s final limit. 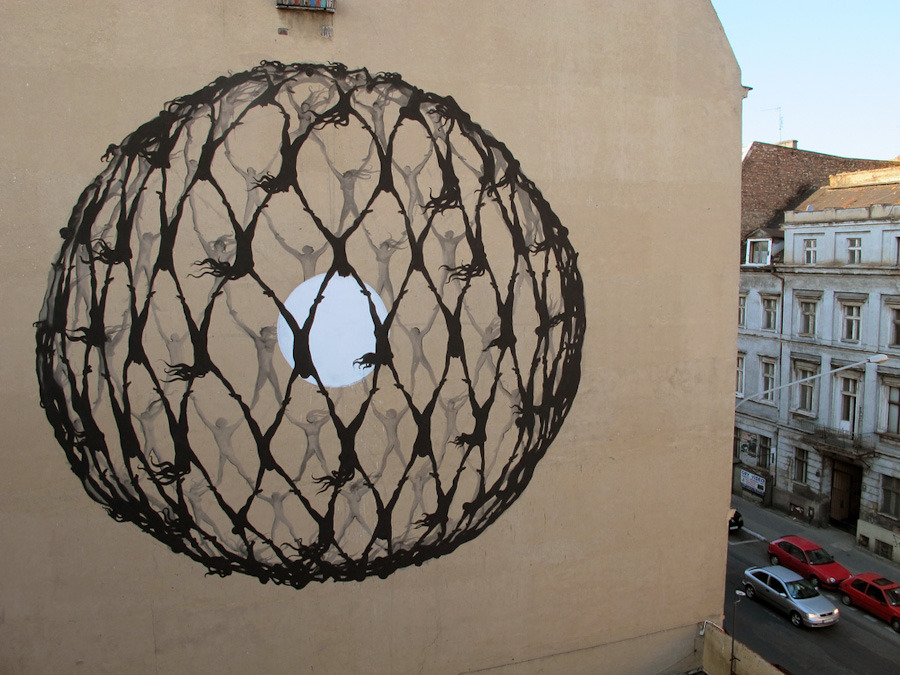 Sam3 uses a great variety of artistic techniques spanning from sculpture to murals as well as experimenting with video and animations. For Monumental, the artist is presenting a series of new artwork in pottery, using black and white as his choice of colour, as well as works in pencil and ink on paper and canvas. Before the exhibit’s inauguration, he will create an intervention in an urban area of Rome (from the press release).