by Antonello Tolve
in Special Project

Marked by a visual grammar packed with references to eroticism or the erosion of the body, this long wave proposed by Cristina Elias (b. São Paulo, 1978) in her ONE MINUTE DIARY (2014) traces a reflective field that gracefully places emphasis on human finitude, the dissolution (deterioration) of matter, the cancellation of gestures, words and memory. By tripping up time, Elias proposes a lightning quick video-animation for Arshake’s special projects that would appear to ascribe to the project trend denominated as the world one minutes. video&literature, a brand conceived by Lucette ter Borg in 2008, which unites a full palimpsest of 1-minute videos from all over the world[1]. Their duration has put eternity and the immutable over a barrel (“Why go back in time? Could it even be possible to go back in time when the clock keeps ticking forward? And space, would this be an immobile concept? Could we ever return to a place from the past”?)[2] in order to draw the fleeting, the temporary, the transitory to lead the spectator into a meditative tunnel which squares things away with what has been. The environment is one that constantly metamorphoses the opportunities of life, with the perpetual becoming of things themselves with a return to the homeland[3], with the delicateness of the desire that «melts one’s heart»[4] (Dante) and of the human condition in general. 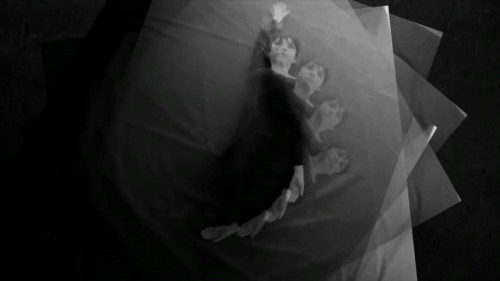 «One Minute Diary is a collection of reflections provoked by a sentiment of nostalgia […] for something whose present existence is not a concrete fact», the artist suggests. It is a video which «refers to the pain of the passing of time and the transformation of space into ruins»[5], in something that will not return, that becomes a regret, a passage, an inevitable and sweet death. But it is also an addition, a  superimposition, a vision of the future and an opening towards a super-historical and super-temporal state, «the creative process which leads to potent recapitulations of hundreds and hundreds of life moments»[6].

An operation that inverts the temporal line determined by the clockwise motion of a hands of a clock and – at the same time – the body motion that overturns the passage of time, One Minute Diary is proposed as a creative short circuit. On the one hand, it flips over the duration but on the other, it summarizes an entire lifetime of memories – past, present and future – in an intimate diary of a single minute. Rilke suggested in his Aufzeichnungen des Malte Laurids Brigge that «it is not enough to have memories ( Erinnerungen ) One must be able to forget them when they are many and one must have the great patience to wait. For it is not yet the memories themselves. Not until they have turned to blood within us, to glance, to gesture, nameless and no longer to be distinguished from ourselves – not until then can it happen that in a most rare hour the first word of a verse arises» [7]. 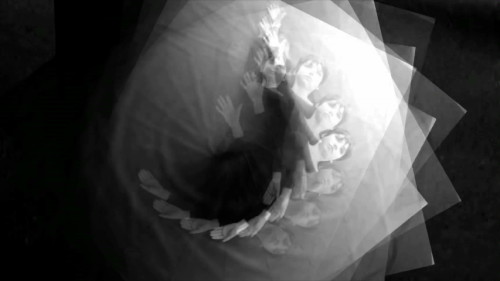 Like a summary of our own life that leans over beyond life itself («perhaps we are all tourists in this world»)[8], Cristina Elias proposes a journey to the rediscovery of lost time that urges the reflection on the tangle of conceptuality to appropriate structures, to build counter-images that mark a link to alterity, with a vicissitude, with a kind of extremely aesthetic alexithymia[9], a process that pierces words (not having the words to describe the emotions) and transforms the body into a source of energy that drives and is decisional, hetero-linguistic and para-emotional. This is a minute that needs to contain all the minutes of time and steer towards the yellow threshold of nostalgia. Of an emotional state which, in all of its various declinations, is presented as a sensitive push, as a glance that twists towards the past, like an action and suspension from (and of) things, as a memory, as a saudade and a light that designs the  imperceptible contours of the future.

[3]   «The superimposed voices concentrate various pages from Cristina’s diary from last year, as she wonders if she should return to her native land after having lived in Europe for ten years» (C. Elias, One Minute Diary, concept, op. cit., linked on 12 August 2014 at 1:29 p.m.).

Cristina Elias (1978, São Paulo, SP, Brasil   ) concluded a Masters in Movement Studies at the Central School of Speech and Drama (University of London, UK). In 2011, she presented at the Radial System (Berlin) the live installation Here and There [or Somewhere Inbetween]. In 2012, she choreographed the performances included in the work I/O – Io è un Altro by César Meneghetti, exhibited at the 55 International Art Biennale in Venice 2013. In 2013, she won the prize FUNARTE Women in Visual Arts (Brazilian Culture Ministry) for the work Phonetic Fragments of one (Self). Her works concentrate on building «bridges» between different artistic codes, with a strong focus on «translating» text into movement and image