Vegetation as a political agent 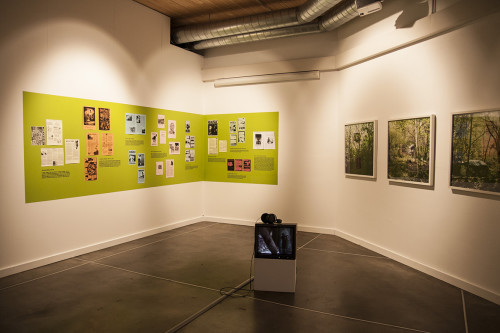 «Vegetation as a political agent» is an exhibition currently on show at PAV in Turin (Italy) that explores the historical and social implications of the plant world in light of the increasingly more frequent claim of the «green movement» as being an agent of the change in the current economic processes and crisis. Attributing a historical time to a plant means to analyse the plant element not only through its biological component but in relation to the social and political aspects that place it at the heart of the first forms of economical globalization. In the 17th and 18th centuries, the first systems of control of the species came into being through colonial plantations and trade by sea resulting in the shaping of conditions of expropriation and territorial exploitation in the battle for the monopolization of spices. It is within this historical frame that the exhibition intends to highlight those stages in which the plant element has represented a sign of social emancipation.

Structured by the double register of history and current events, Vegetation as a political agent places many elements on the same level by uniting the artistic and architectural interventions of thirteen international artists, documents of trailblazing figures of the first ecological evolutions and scientific devices from the botanical world. Alongside the works and installations, the exhibition includes a vast series of illustrations and samples of plants, archived material and placards produced in a wide variety of different cultural contexts. The geopolitical backdrop of the exhibit stretches from the Indian Ocean (the islands of Mauritius and Réunion) and Guinea-Bisseau to South Africa and Mexico.

The historical and documented portion of the exhibit was made possible thanks to the consulting services of the Herbarium of the University of Turin and the collaboration of Professor Rosanna Piervittori as well as that of the Botanical Gardens of Turin under the scientific supervision of its former director Rosanna Caramiello which were essential to the identification of several protected species growing in the foothills that are risking extinction on display in Turin’s PAV (Park of Living Art) greenhouse such as the Peony and Marsilea, to name just two. Alongside the panels of herbariums extracted from books by Carlo Ludovico Allioni (who was director of the Botanical Gardens at the Valentino Castle during the second half of the 18th century, working in close collaboration with Linnaeus to define a system of classification), there are images, placards and portions of texts on display which underline possible narrations of the plant world on a normative and conservative level as well as the medicinal use of plants like cinchona and coca. 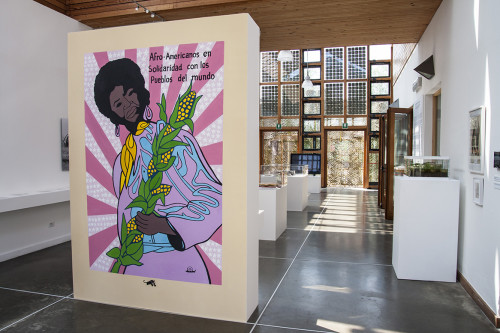 Beyond the confines of the PAV, the relationships between agriculture and popular movements are explored in documents referring to Amilcar Cabral, the Guinea-Bissauan agricultural engineer and politician who led the movement to attain independence from Portugal for Guinea-Bissau and the island of Cape Verde; the role of ecological activism is explored with the figure of Mel King in the project by Nomeda and Gediminas Urbonas, the murals by Emory Douglas, one of the exponents of the Americans Black Power movement in defence of the rural working class and the treesitting protest in the UK researched by Adelita Husni-Bey. The revolutionary model of waste recycling proposed by pioneer George Chan is at the heart of a research project by Fernando García-Dory. Last but not least, forms of expression and collective imagery on themes of the green revolution are presented by the masks and costumes designed by Piero Gilardi and worn for the performances of theatre pieces written in protest of the use of OGM in growing corn (O.G.M. Free, 2014). 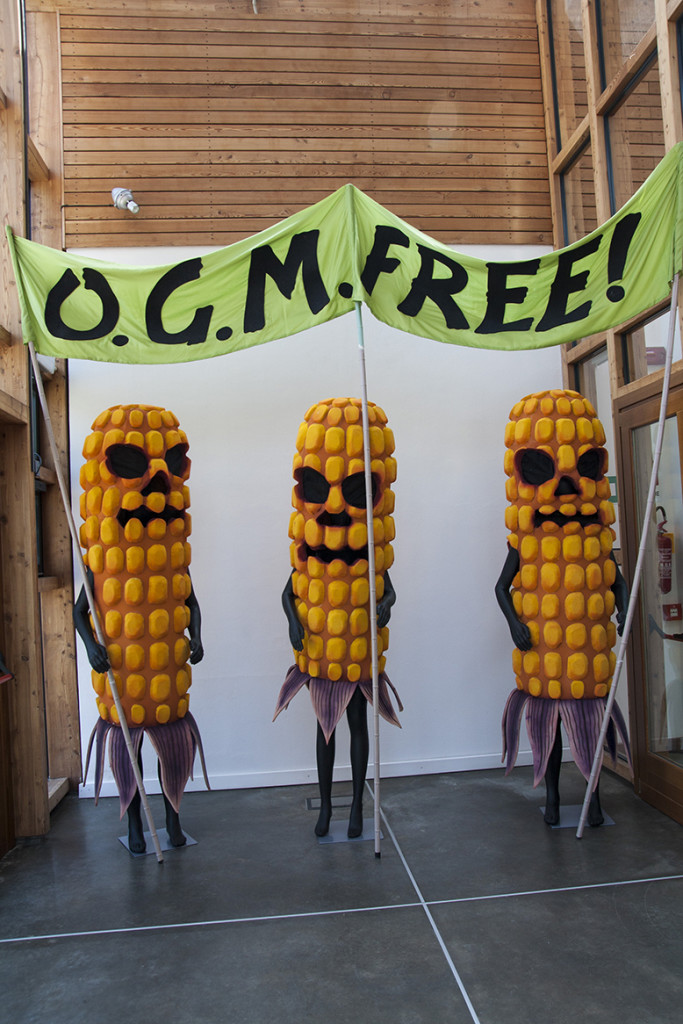 There are two environmental installations created for the exhibit by groups RozO (Philippe Zourgane & Séverine Roussel) and Critical Art Ensemble on display in the PAV courtyard. RozO uses Salle verte, a vernacular type of architecture that becomes a plant shelter created in bamboo and palm leaves (woven together by a peasant on the Island of Réunion). The installation hosts a series of documentaries about the former French colonies of Vietnam, Algeria and the Island of Réunion. Sterile field by the American Critical Art Ensemble is exhibited at one end of the courtyard: a piece of land that was in part extracted by a strip of grassy stratum of the PAV park and made available for this operation developed with a method called roundup ready, an invasive chemical weeding procedure that destroys biodiversity when used for long periods of time. 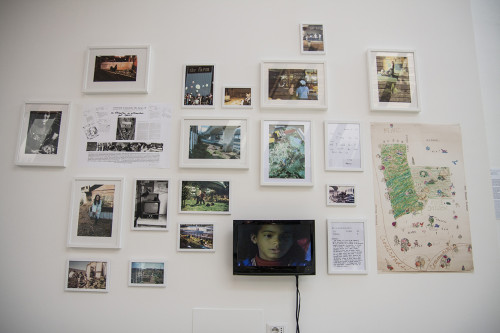 In regards to the plant world, Vegetation as a political agent also raises the question of the claim of creative subjectivity through horticulture as seen in the research and experimentation of artists Ayreen Anastas & Rene Gabri with the introduction of organic seeds on the market to restore balance of the land; the work by Claire Pentecost researching genetically modified corn in Mexico; the work of  Marjetica Potrč is centred on group projects and brought a self-organized  community garden into being at Ubuntu Park in a district-village of Soweto, South Africa (2014). Figures like Hungarian Imre Bukta and Californian Bonnie Ora Sherk are witnesses to the relationship between art and agriculture under the opposing sides of the Cold War.

During the exhibition, the Educational and Training Activities offered at PAV are presenting a series of workshops to the public conducted by the artists themselves. It starts with Daniel Halter, who works alongside Marjetica Potrč in the international group project Nine Urban Biotopes. The programme will present this South African artist’s work at a residence in Turin (Mirafiori) in the group effort of urban gardening. The Slovenian artist Potrč, is presenting the results of the Community space project created for the Soweto-based school Design for the Living World. After that, Ayreen Anastas & Rene Gabri will be at the PAV to share the experience of their research regarding the gathering and distribution of seeds, an essential need which is endangered nowadays by world monopolization held by a restricted group of corporations. As far as workshops for the family are concerned, the DOMENICA=WORKSHOP event scheduled for 15 June (3:00 – 5:00 p.m.) features New Alliances, a method developed with the Critical Art Ensemble, whose purpose is to establish an alliance between people and protected plant species – currently an ongoing project in collaboration with Turin’s Botanical Gardens. Themes presented at this exhibit will also be further explored specifically for schools and summer camps through Erbario minimo, the experience of collecting and cataloguing botanical, cultivated and pioneer species chosen among the varieties present in the park (from the press release).