Davide Tranchina was born in Bologna in 1972, and divides his life and work between Milan and his hometown. Since 2006, he has been lecturing in Photography at the Brera Academy of fine Arts in Milan, and since 2011 at the Academy of Bologna. His career began in 1998, and was led by his fascination for the concept of travel. His chosen tools for moving between the past, present and future are photography, video and installations, which he uses to put forward a version of reality that is often suspended in a visionary narrative. Photographic spectres, landscape profiles and ancient animals projected onto a wall, and worlds trapped in snow globes are just some of the elements presented through his camera lens. «The choice of subject matter,» says the artist, «derives from the need to create another horizon for myself. The reality that surrounds me doesn’t correspond to the way I am, so I describe portions of a metaphysical world. I do this by transforming everyday objects. For me lightness means establishing a new and unexpected perspective on things: it is that shift which generates interest, an antidote to the rhetoric of images, which in the best cases gives birth to a new vision of reality.»

His works have been exhibited in a number of galleries and institutions both in Italy and abroad. These include: MART (Rovereto, 2014/2013); Casa Robegan (Treviso, 2013); MAMBO (Bologna, 2013); MAMM (Moscow, 2014/2012); Betta Frigieri Arte Contemporanea (Modena, 2011); Galleria Nicoletta Rusconi (Milan, 2011/2009); Temple of Hadrian (Rome, 2011); Galleria Civica (Modena, 2011); Prague Biennial (2009); ArtVerona (2007); Galleria Fotografia Italiana Arte Contemporanea (Milan, 2004); Galleria d’Arte Moderna (Bologna, 2003). In addition to the Terna Award in 2010, he was selected among the finalists of the second edition of the Premio Francesco Fabbri in 2013, and among the finalists for the Premio Agenore Fabbri IV, in the 2009/2010 edition. His images have been included in publications on Italian and international photography: Future Images (24ORE Cultura), Laboratorio Italia. La fotografia nell’arte contemporanea (Johan & Levi Editore), and Tre strade per la fotografia (APM Edizioni). In 2012 he spent a period of time on one of the most inaccessible islands in the world, Montecristo. This experience gave birth to his project called 40 giorni e 40 notti a Montecristo.

Big Bang # 1, an artwork among the classified winners of the Terna 03 Award in the Megawatt category, holds a series of different meanings. On the one hand, there is the idea of origin, on the other that of infinity. We see stars through the light that they emanate: we do not have direct physical knowledge of them. It is something we experience solely through the act of vision, and that is exactly what happens with photography. Essentially, when a photograph freezes a moment, when it captures a moment, it produces an immediate distance from that moment. «I’m really interested in the idea of this distance,» says Tranchina, «it is a mental space that the viewer tries to fill when he finds himself in front of the artwork.» 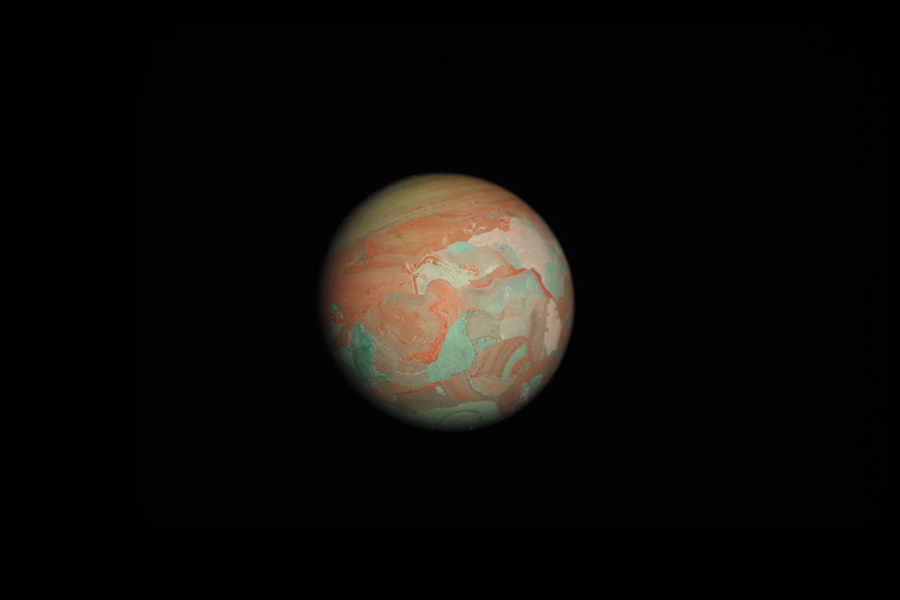 My impression is that Art in Italy (and culture in general) is going through a period of unprecedented suffering. I don’t think that the impact of the economic crisis has served to identify the most valuable realities in the country, but has hit every sector indiscriminately, fuelling a growing climate of confusion and uncertainty. I get the impression that most artists today choose to «stick to the rules» of an increasingly lame system, even though this model has amply demonstrated its limits. So, a significant part of the creative potential ends up being lost in a sea of very similar work.

As I mentioned in the previous answer, I don’t think that the difficult period we are going through has helped to stimulate a reflection on the principles that have always existed. On the contrary, it seems to me that the rules of the game are exactly the same, while the space in which we work has become increasingly tighter. Many aspire to be part of a saturated world, which requires approval in order to belong. You need certain ingredients to «be» an artist in Italy. One of these, for example, is that you have to deal with social issues. Often, this approach is only a ploy to jump on the bandwagon of high-impact topics. All this does is to impoverish the quality of work. 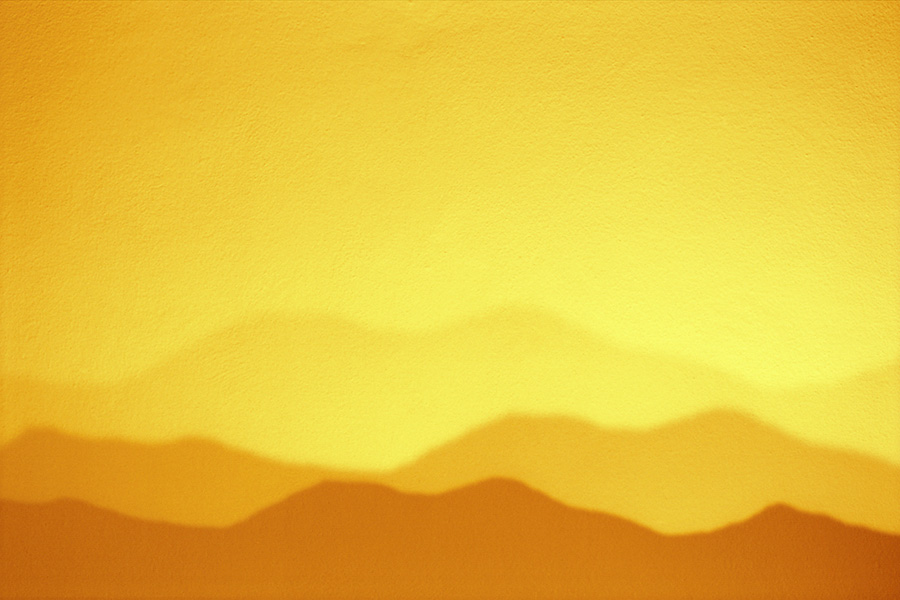 I remember it very well. I had just finished the Big Bang series, which still represents a turning point in my artistic career.

My current research is moving constantly in the direction of trying to depict the concept of «distance». My latest projects are the result of the exploration of worlds that are distant both in space and time.

In your research on the origins of photography you are rediscovering some now obsolete techniques. How do you address issues relating to conservation and how important is it for you to document the process?

My interest in the obsolescence of the medium concerns the possibility of taking the language back to zero, in order to rediscover that magical and mysterious dimension found in those original images. As regards conservation, I do my best to produce photographic works that have all the requirements needed to last over time, but I am aware that these images have a limited lifespan all the same. I’ve always documented the process I use for my works, but I have never thought this could be of interest to others. 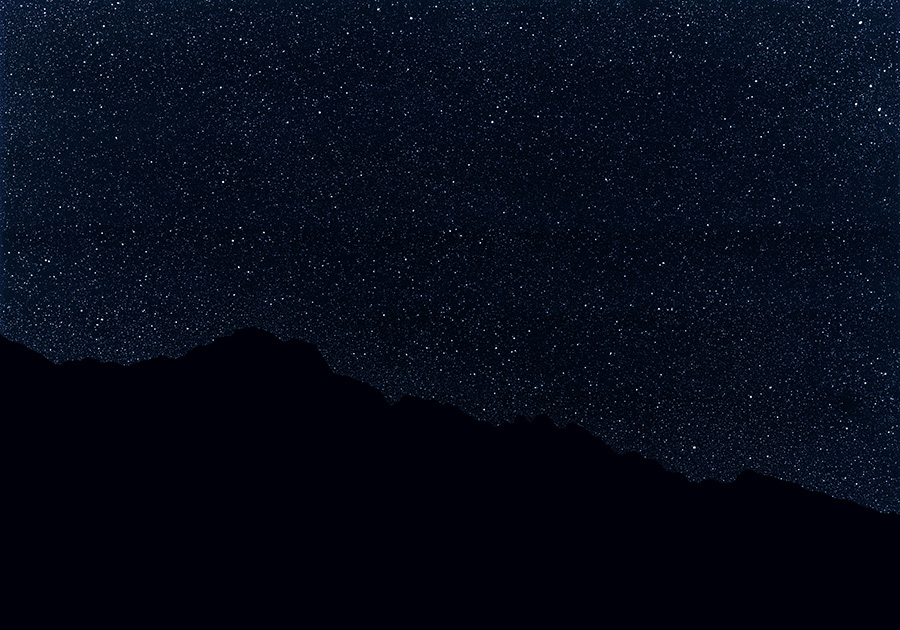 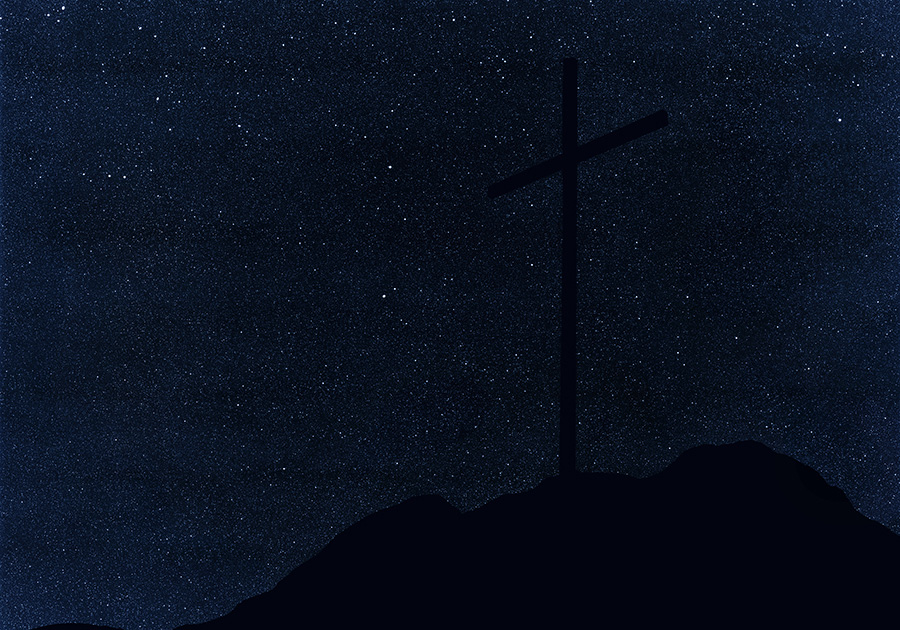 In 2012, you spent a period of time on the island of Monte Cristo [which gave rise to the series of photographs 40 giorni e 40 notti a Montecristo ]. Would you like to tell us about this experience of yours and, in particular, what contribution this has made to your work since then?

Along with Big Bang, this is undoubtedly another key point in my work. Spending a period of time on an inaccessible and deserted island, was a unique experience, full of stimuli that I’m still investigating closely. And it was there that I defined even more precisely the coordinates of my area of interest.

Italy is extremely fragmented. It would be desirable to establish a widespread system of culture, based on the coexistence of different fields of knowledge, linked to a strong economy that can support them. There are various examples of this abroad: Germany, France, the Netherlands, Great Britain, but also the United States, Brazil, China, India, etc… All places where there is real policy on Culture. Unfortunately, we are bringing up the rear when compared to these countries. 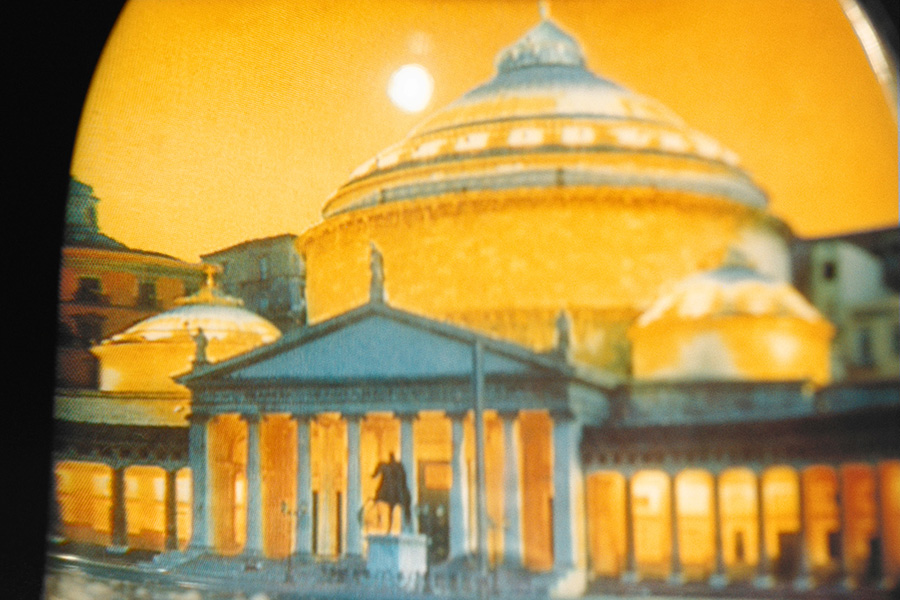 I can give you an answer based on my own experience. I think that the Terna Award is one of the most important opportunities for a contemporary artist for evaluating one’s position in Italy, and beyond.

Yes, I believe it is the right formula. I don’t have any specific suggestions to make. 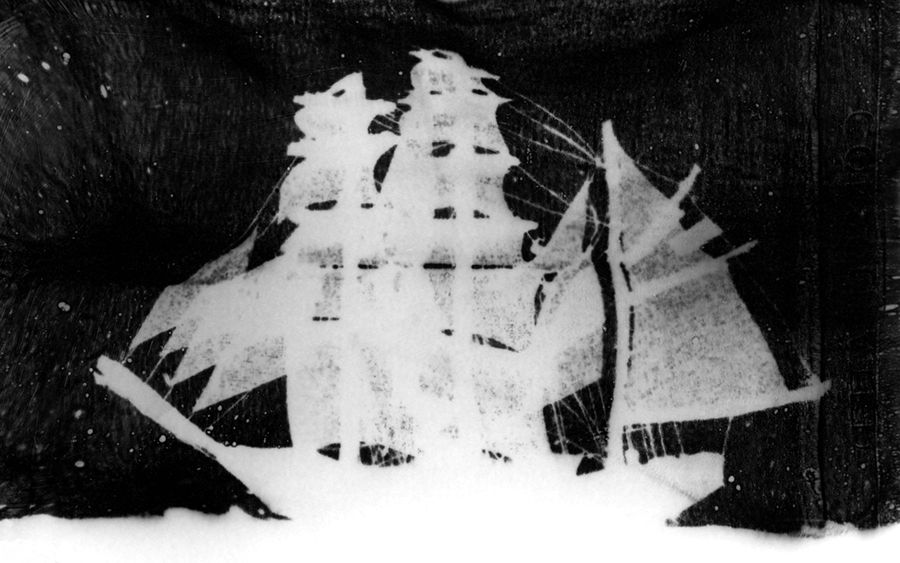